CAITY LOTZ on the Stunning Developments on ‘Arrow’! (BIG SPOILERS!)

OK, have you watched the latest ARROW? Holeeeeeee … As promised, here’s CAITY LOTZ with her take on everything that happened!

Earlier this week, Lotz spoke to our Clay N. Ferno (I spoke to Stephen Amell last week) about her thoughts ahead of this week”s “Heir to the Demon.” Now, here’s her take on the aftermath … and Sara’s big smooch with Ollie!

Uh, oh Olicity ‘shippers … Team Sara is in the lead! 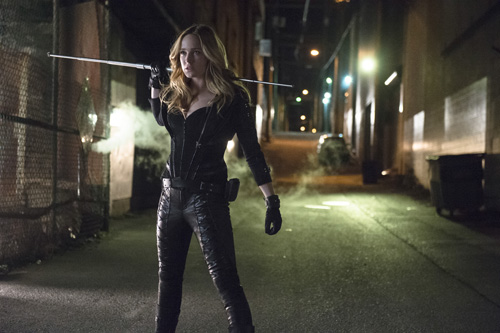 Clay N. Ferno: This season, fans have been debating who Ollie should be with: Sara, Laurel or Felicity. Now we see Sara and Ollie in a passionate embrace. What effect will that have on all of these relationships going into the second half of the season. How will Felicity and Laurel take this?

Caity Lotz: There’s some fun stuff planned with Felicity’s character. I think it is a bit of a transition for Felicity to have Sara being in Ollie’s life and Ollie having “this girl.” It changes the dynamic between Oliver and Sara because they finally have someone that really understands what they’ve been through together. But there is still a lot of external things that make that difficult.

With Laurel, it is a little messed up — you can only imagine how difficult that would be to see that happen. And I understand how she would be not so happy about it.

At the same time, for Oliver and Sara, they have been denied so much happiness in their life and have given up so much for everyone else. They’ve never really been able to have love. I think for them to get this kind of chance, both characters really do deserve it. Even with all the drama it might bring. 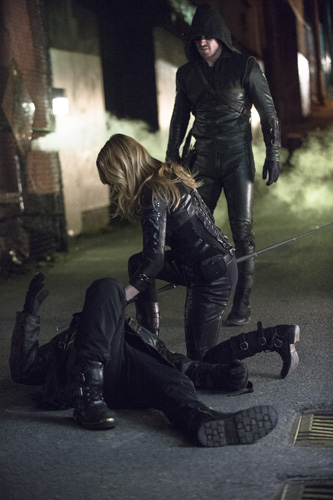 Your own role aside, which of the three do you think Ollie should end up with?

I don’t know, I think Ollie should be gay and be with Diggle. (Laughs) I have no idea.

Sometimes fans can get really into this stuff and blur the lines between roles and reality. Do you expect some kind of blowback on Twitter?

Oh, gosh. I feel like I probably won’t look at Twitter for a week. (Laughs) Everybody has their different characters that they root for. It’s not like it is one or the other.

Each one kind of has their own special place in Oliver’s heart. Neither of them fit in the same spot. I don’t think it is like one kicks the other out of a spot. They all have a piece of Oliver’s heart and it is just in different ways. 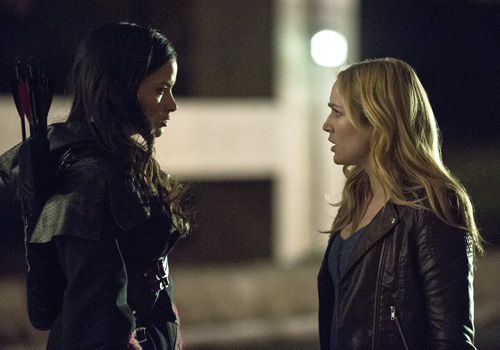 A couple more quick ones for you! Will we be seeing you in the third season?

Who knows? I … know nothing!

Going back to the superhero part, with Team Arrow expanding out, and Canary’s new role in Starling City, will she be hanging out in the foundry with them — or be more of a free agent around the city, trying to save people?

I don’t know where it will end up, but I know she will be spending time with them in the foundry. Before, what she was just doing was just beating up dudes in the Glades. That’s not what she really wants to be doing. This is a chance to do something more with the team.

Let the comments commence below! 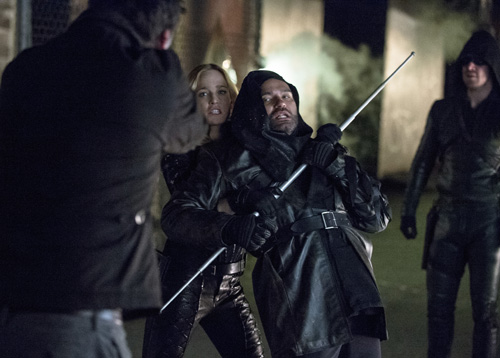