MERCH MADNESS: The Batmobiles of the Golden Age

BATMAN/SUPERMAN WEEK: Eaglemoss makes dreaming of Batmobiles that much easier …

For good or bad, people have freaked out over the new Batmobile in Batman v. Superman: The Movie With the Unnecessary Subtitle.

I’m not such a purist that I can’t appreciate these “cars,” which are more urban-assault vehicles than slick rides. But it does get me thinking about the Batmobiles that were.

I’ve written a bit about Eaglemoss over the last few months and with the Batmobile — or whatever it’ll be called in the new movie — on the big screen again, I figured I’d take a closer look at two of the Brit company’s offerings: Namely, the two great Batmobiles of the Golden Age. 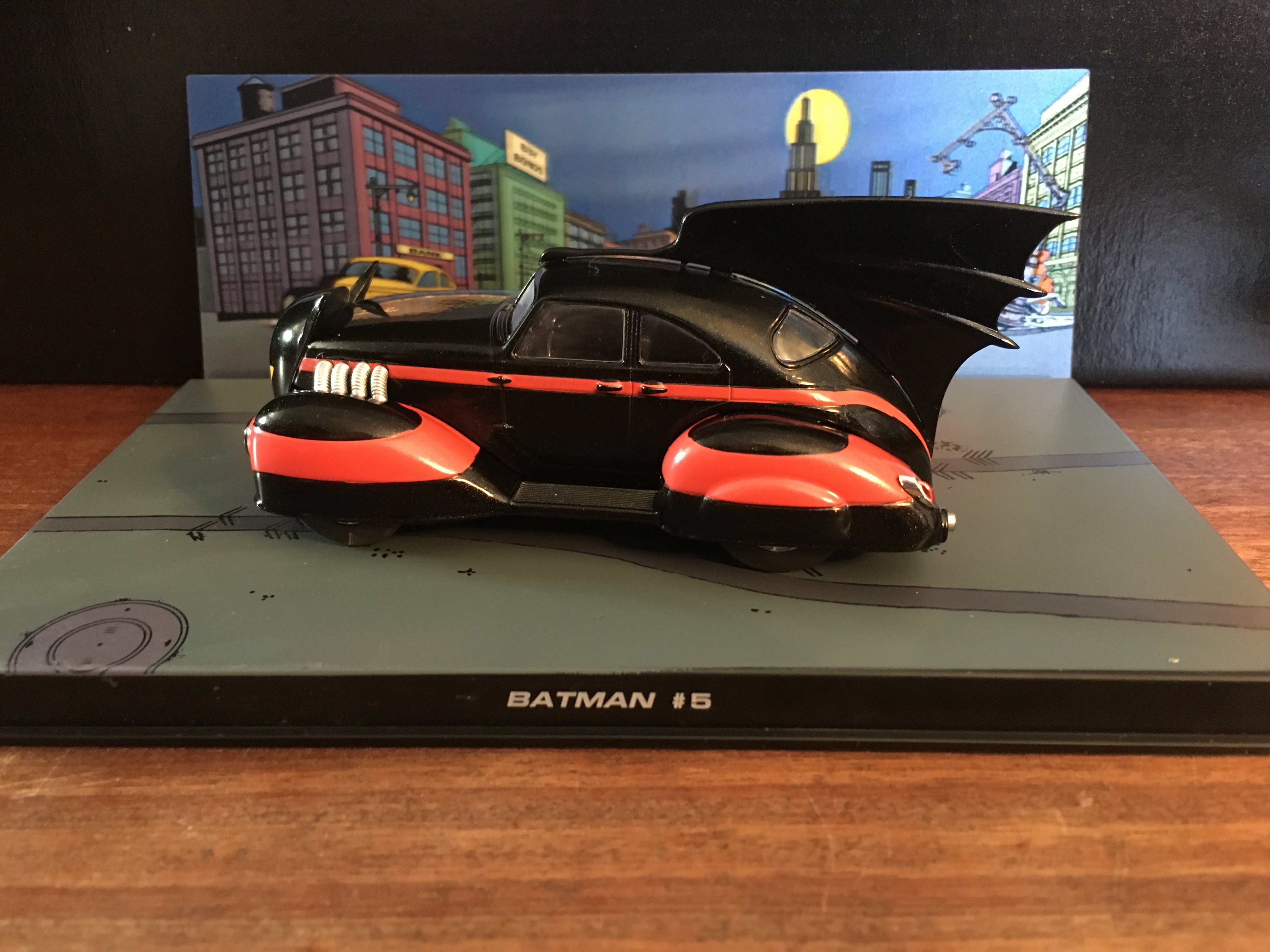 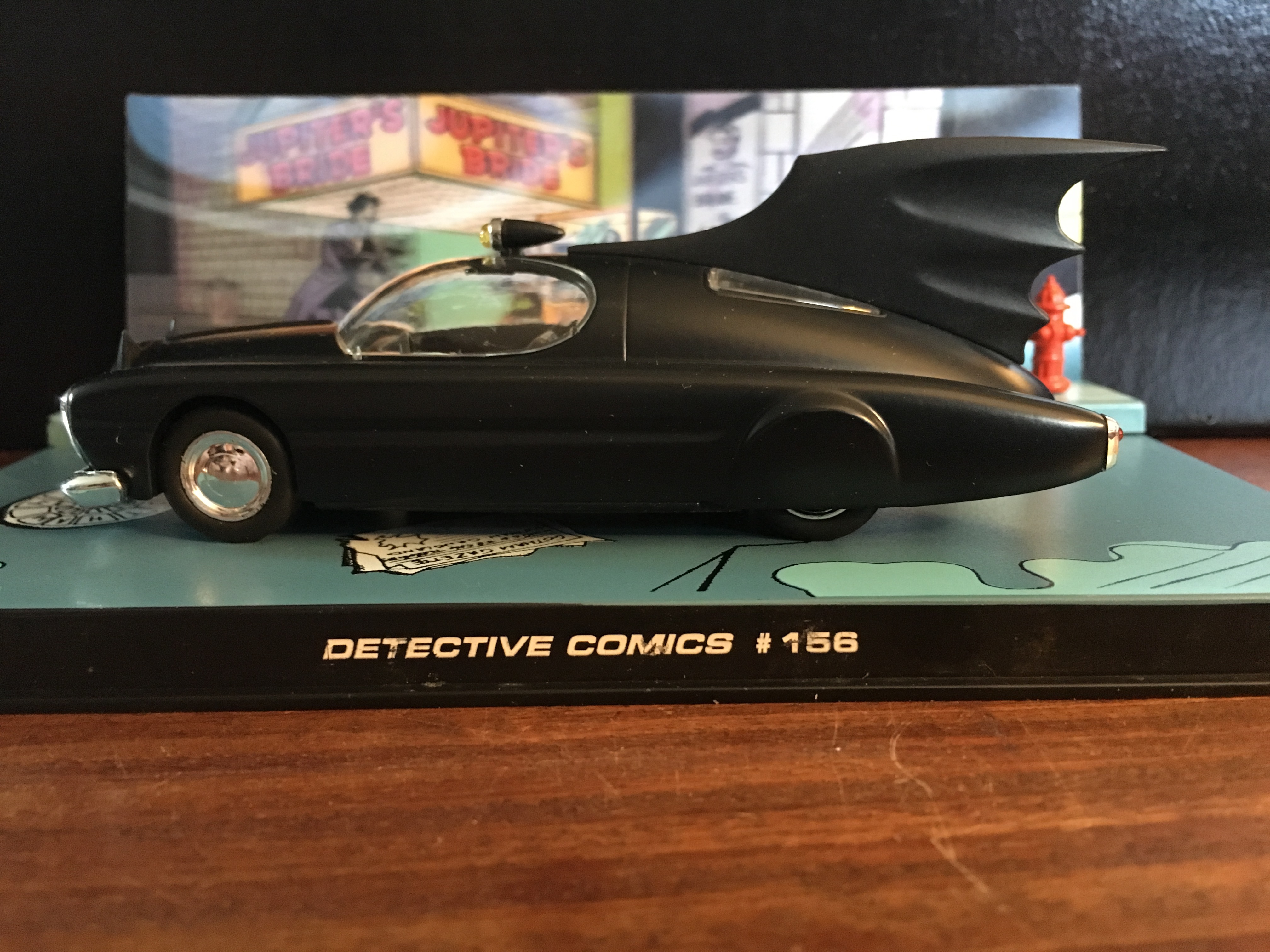 The Batmobile got its start in Detective Comics #27 but it was just a red roadster. (Eaglemoss made that one too, in Issue #12: Click here.). But it really didn’t become a thing until around Batman #5 — and really burst through on the cover of Batman #20. 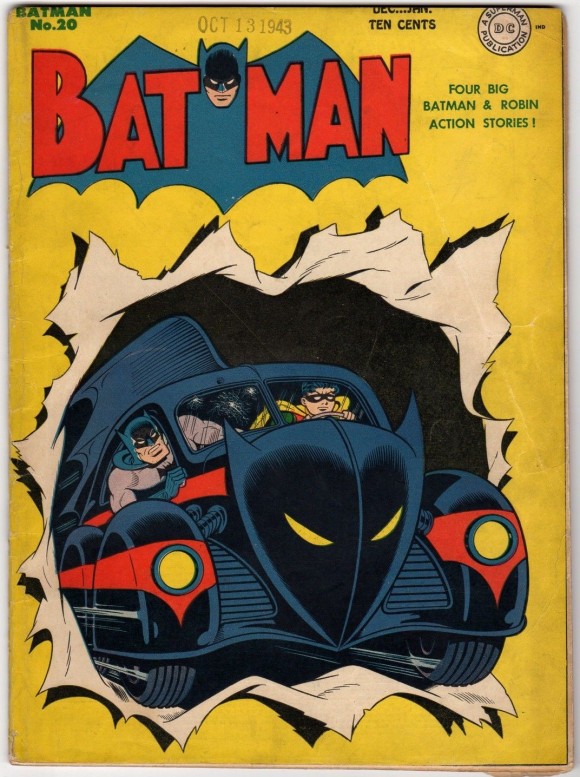 You can get your own version by picking up Batman Automobilia #9 and it’s a pretty great representation of that 1940s ride.

The Bathead on the front is big and bold, with a dark paint job and bright red stripes along the body. In the back is the big, solo, scalloped fin that defined the rear of the Batmobile for about 25 years. 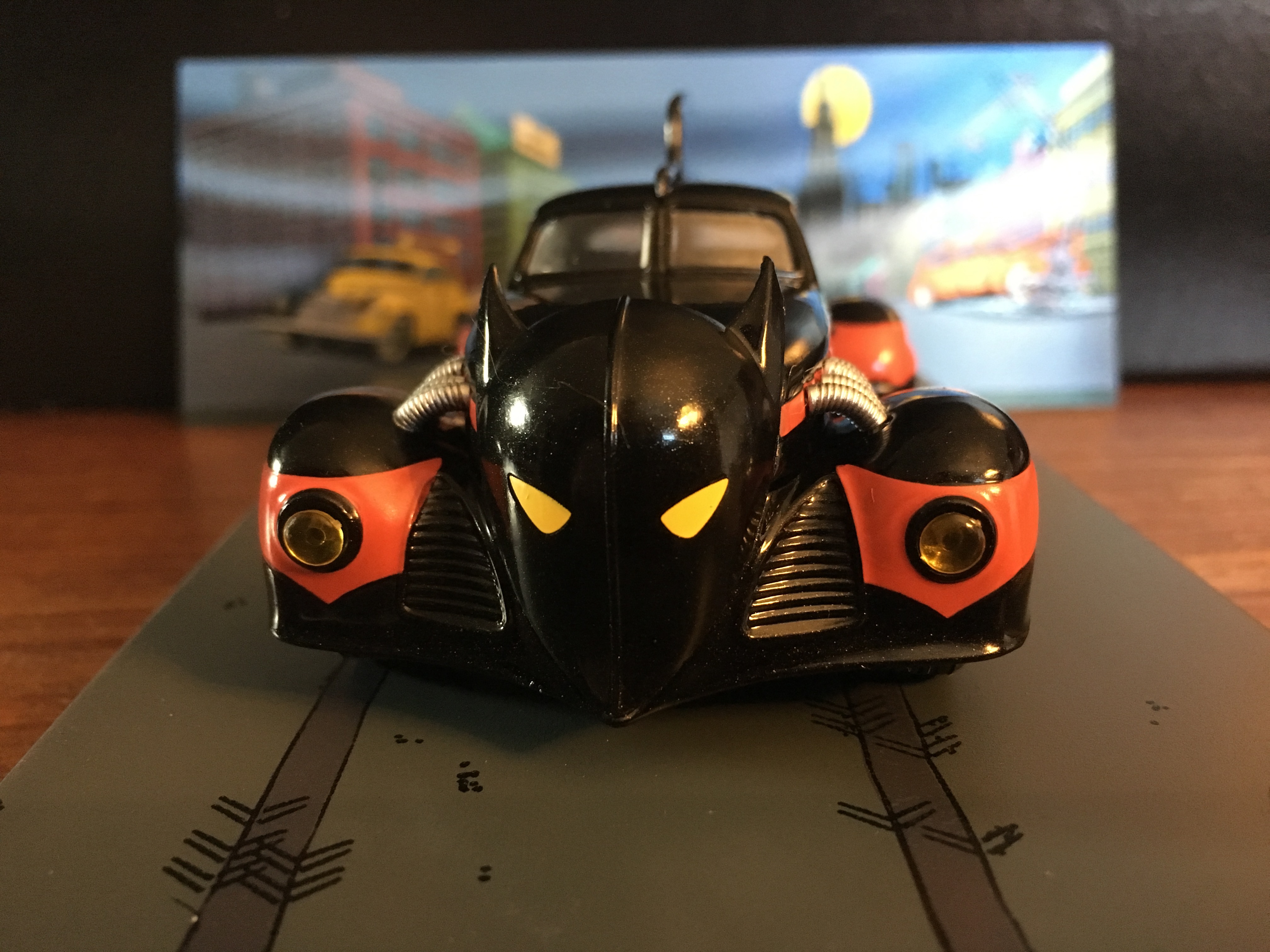 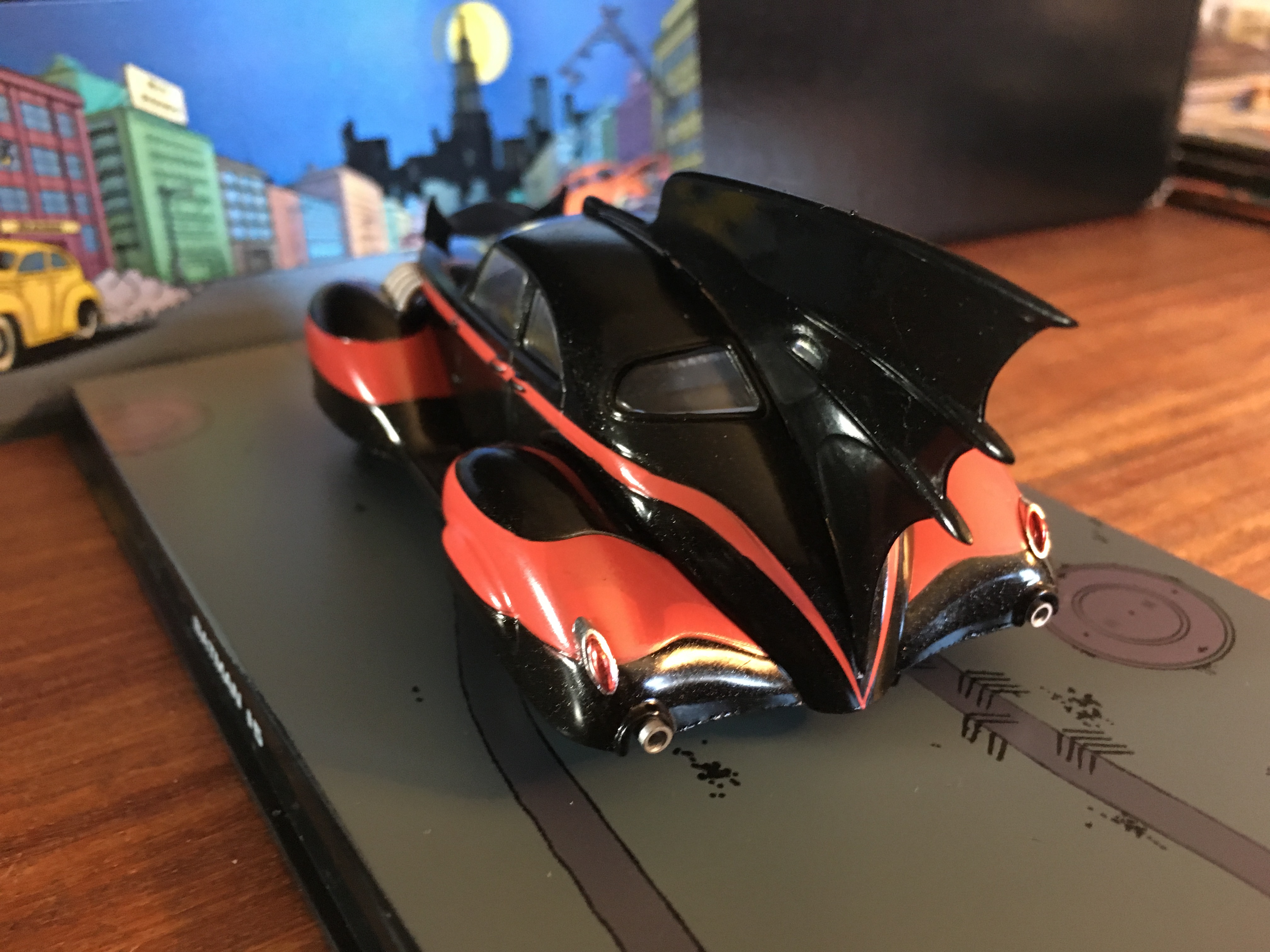 I like that all Eaglemoss Batvehicles come in a plastic display case but you can lift off the top for a closer look. The lenticular 3D background for this edition is nothing special, but the vehicle itself features top-notch workmanship.

Around 1950, the Batmobile got a significant revamp and Batman Automobilia #6 features the vehicle that made the cover of Detective #156. 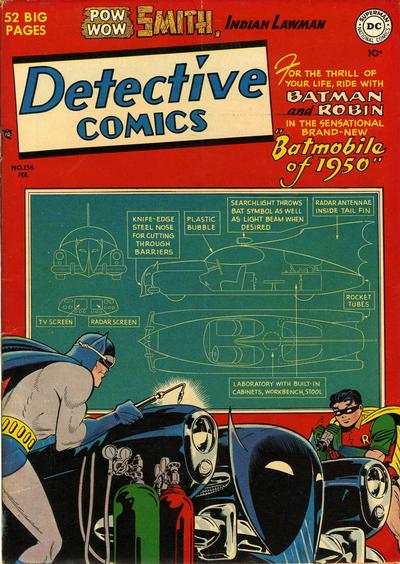 This is the Batmobile I remember most from before the Silver Age, probably because I saw it so often in reprints in the ’60s and ’70s.

Like its predecessor, this one features that big Bathead on the front and the single fin in the back. Otherwise, it’s leaner along the sides, missing the bright red accents and the large outcroppings over the wheel wells. 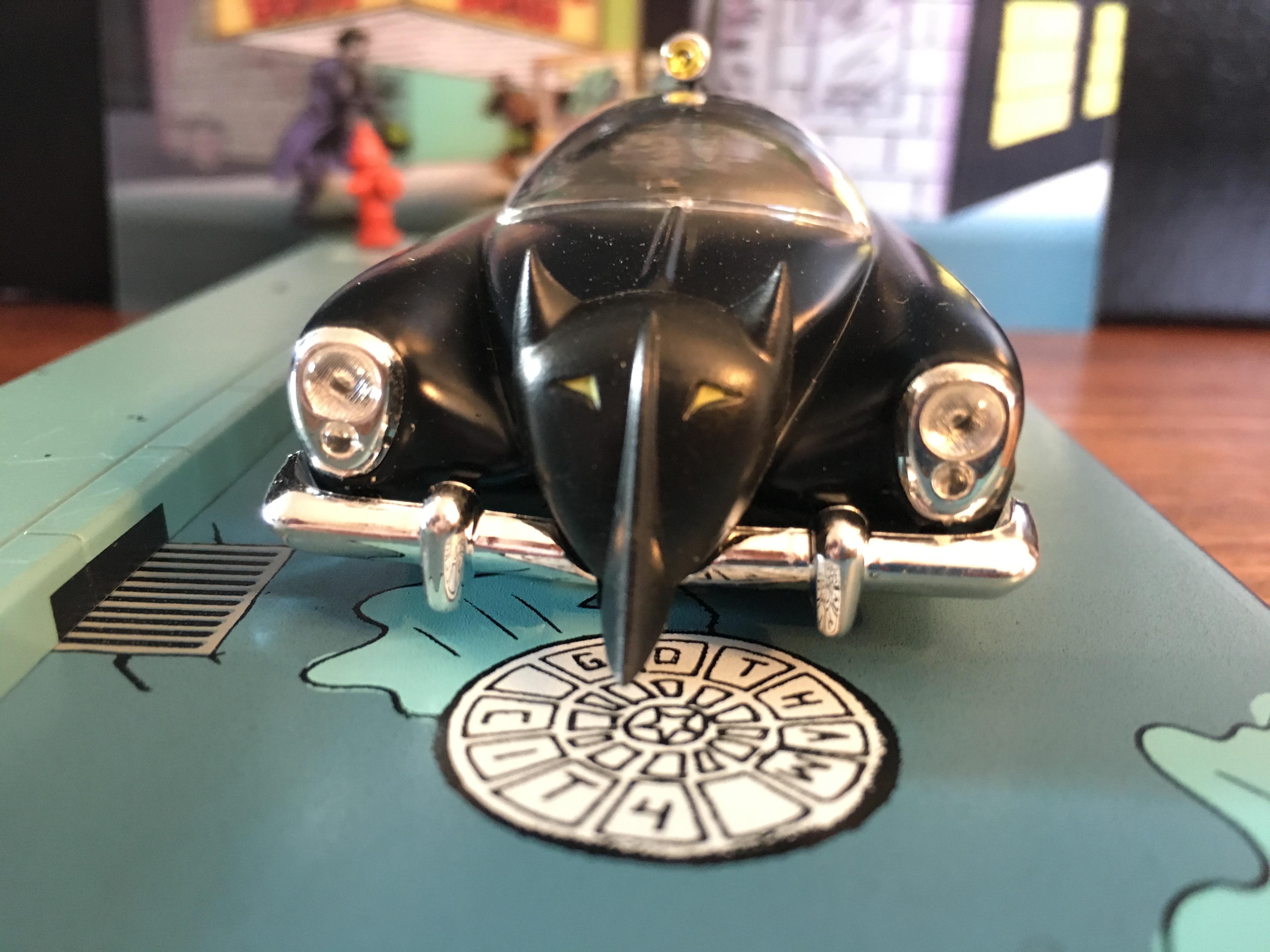 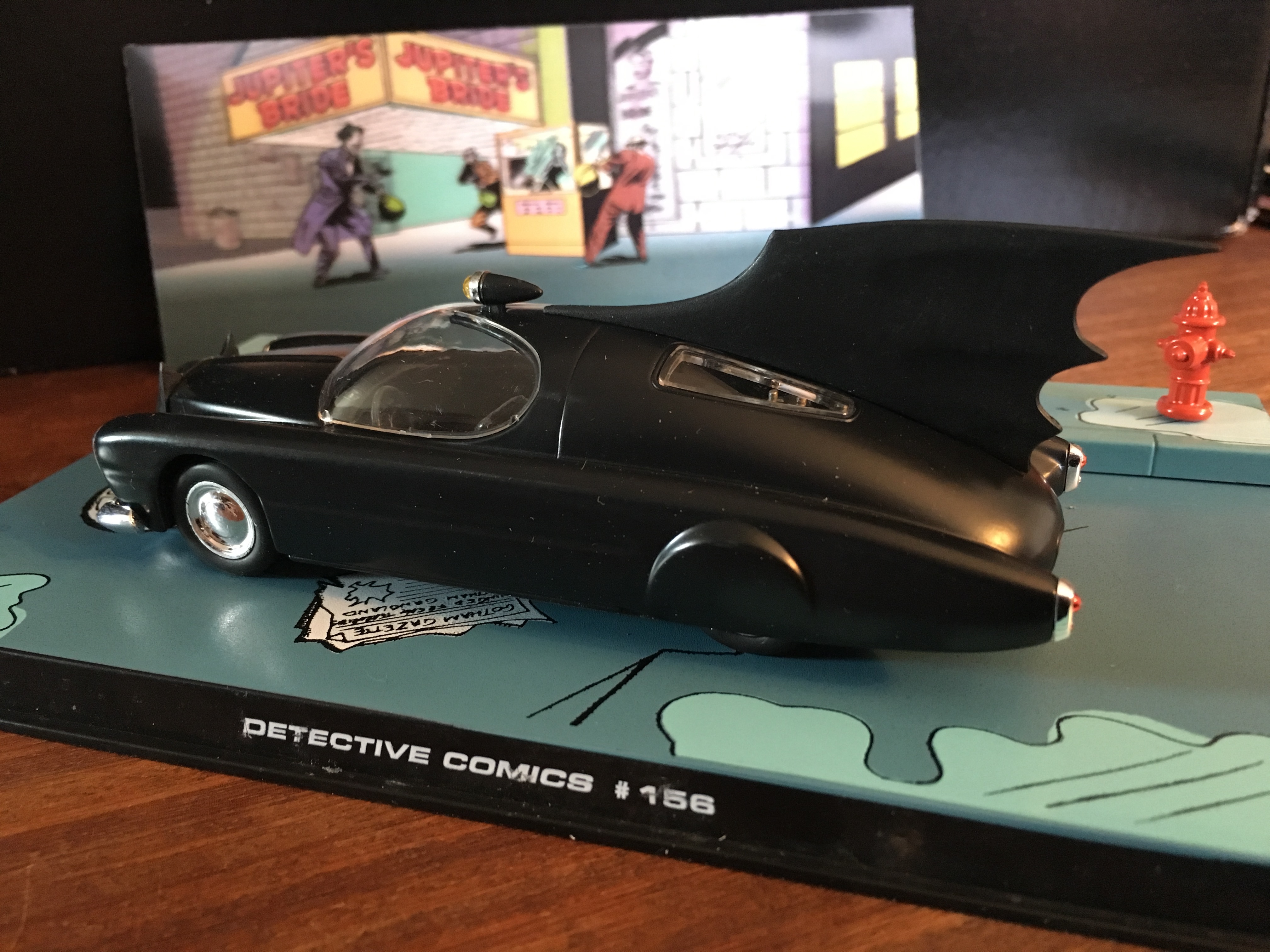 I will always prefer the 3D backgrounds that include characters, and you get a nice Golden Age Joker here — as well as a more detailed platform that features a raised sidewalk and fire hydrant.

My heart will always belong to the slicker Batmobiles that began cropping up in the ’60s but these vehicles set the foundation for all the Batvehicles that came after — all the way to today’s hulking machines.

Now, there are a couple ways you can pick the Eaglemoss models up. (I call them models because even though you don’t build them, they’re stationary.) You can subscribe directly through Eaglemoss, buy them individually from the company here and here, or you can get them through your comics shop or other retailers. They’ll cost you about $20 each, which is a helluva bargain, especially when you factor in that each comes with a full-color, informational magazine that includes an imaginative set of specs and blueprints. (UPDATED 3/21: I’m told these are on sale from Eaglemoss for about $10.50 each right now, so … ) 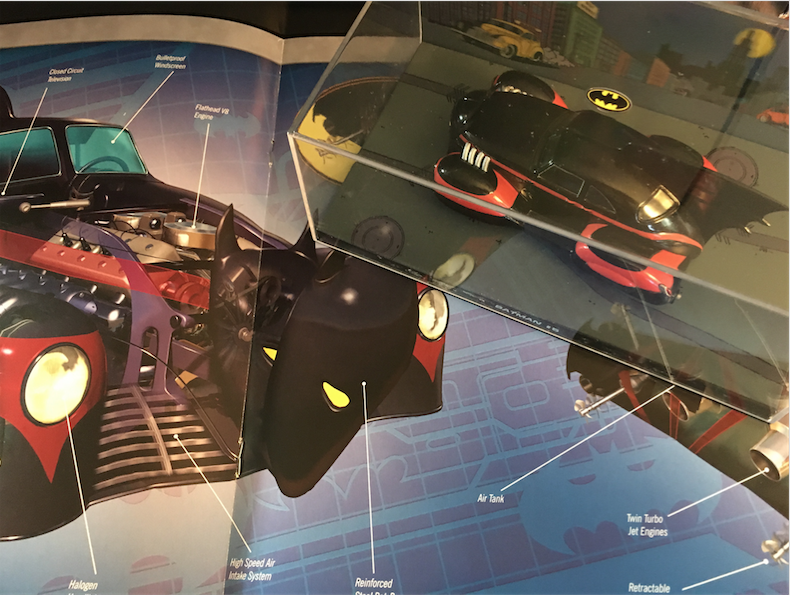 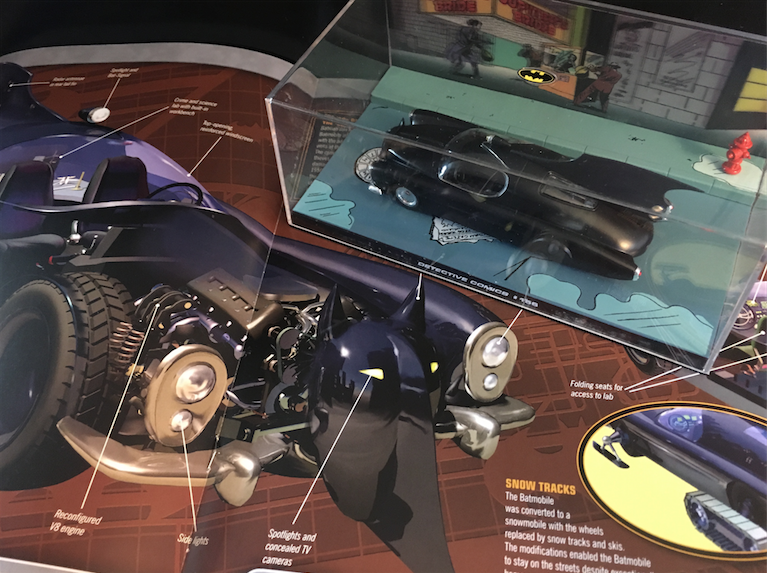