The BATMOBILE Decade by Decade

Eaglemoss’ under-the-radar Batman Automobilia line is my favorite new obsession — and the best Batdeal you probably don’t know much about.

Brit publisher Eaglemoss has carved out a cool niche for itself over the last several years in the U.S., a sort-of affordable Danbury Mint for comics and sci-fi collectors: superhero chess pieces, Star Trek starships, Marvel and DC figurines.

Their best line — to me, unsurprisingly — is Batman Automobilia, a series of small, high-quality models, featuring a very broad variety of Bat-vehicles going all the way back to the original red roadster.

I gotta tell you, though, if you’ve not been picking these vehicles up, you are missing out. They’re accurate, high-quality, display easily and cost maybe $20 apiece (with special editions costing maybe $40 or so) if you get them in a store. You can also, as I noted, subscribe. (Info here.) The big draw there is not just a guaranteed complete set, but excellent exclusives (as you’ll see below). 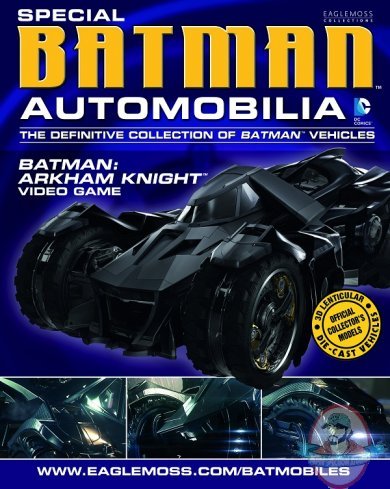 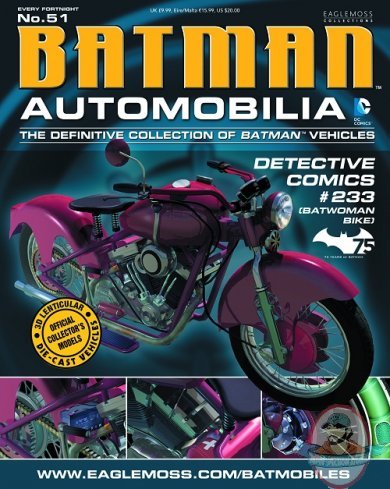 Each 1:43 vehicle is set into a diorama with a 3D background that depicts a specific scene taken from a comic book, movie, TV show, and so forth. You can remove the plastic case or you can easily stack the cases on top of each other. They’re all accompanied by a magazine that gives the history of the vehicle, a primer on what was going on with Batman that particular year and a fold-out featuring schematics — “real” and imagined.

I myself own about 15 of the 75 or so that have been released over the last few years but I’ve barely written about them and that’s about to change. You’re going to be seeing a lot more Eaglemoss coverage around these parts, because dang, it’s fun. At various times, I’ll tackle individual vehicles (like the Batman ’66 Jokermobile, which was just released stateside and which you can read about here) or entire themes.

But in case you’re new to Eaglemoss, or maybe only aware of the vehicles that directly interest you, I’m gonna start you off with a look — including pros and cons — at five random Batmobiles from across the line — one Golden Age, one Silver, one Bronze, one Movie and one TV. (There are plenty of other categories but this is a good way to begin.)

These should give you a taste — and you can look forward to much more coverage, of both new releases and back issues. 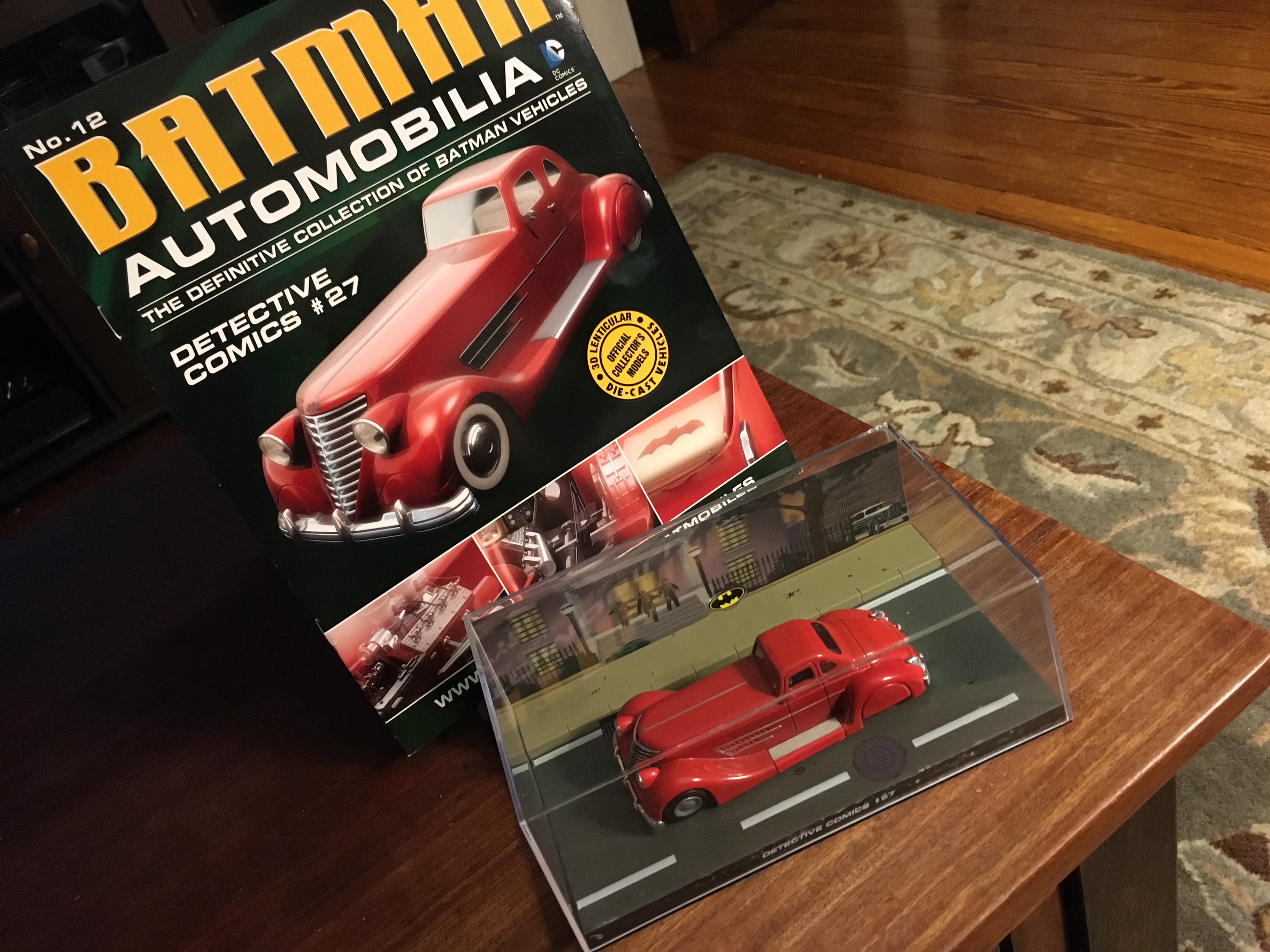 They even look great on the coffee table! 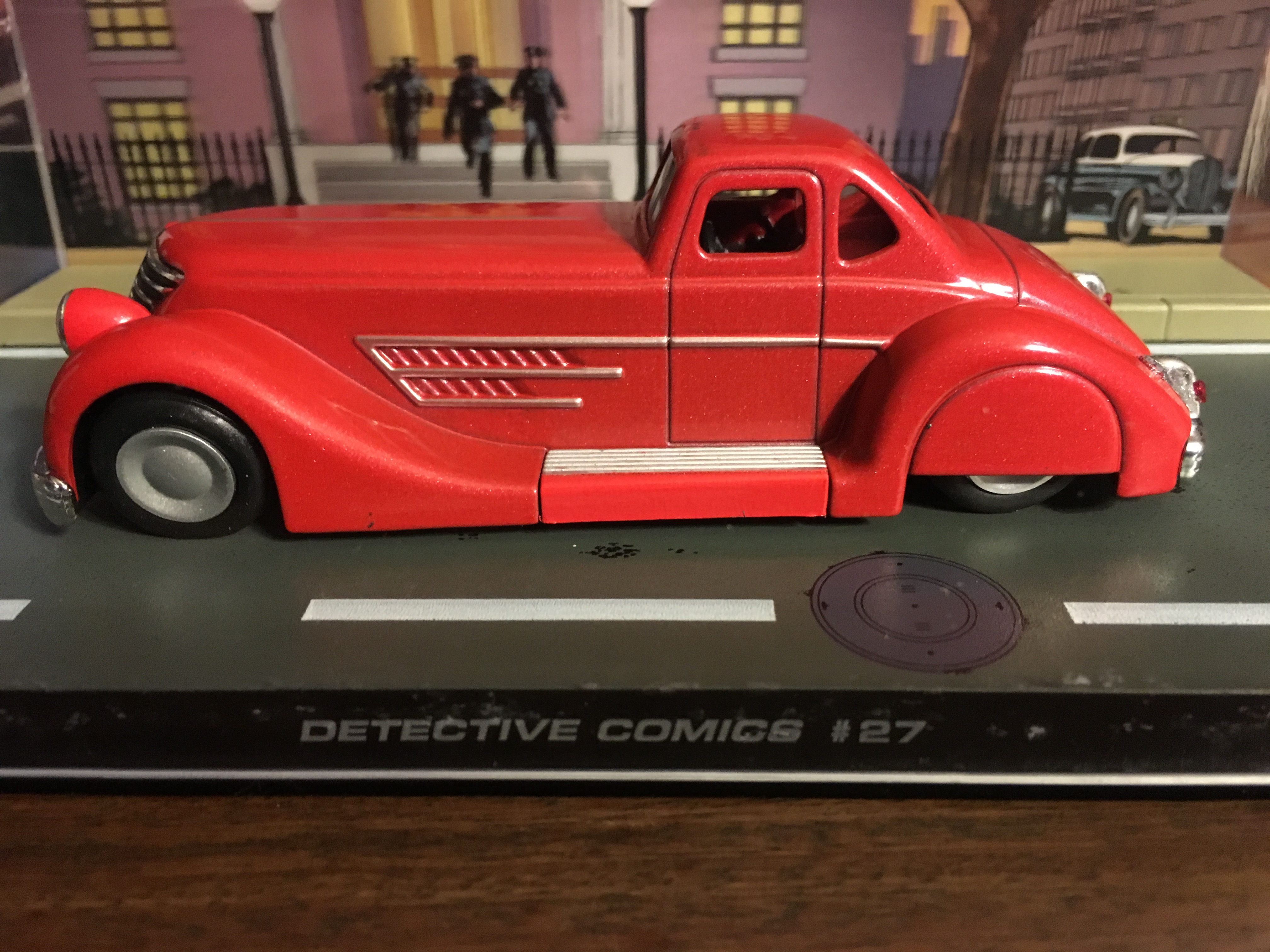 Cons: Really for the hardcore completist but props to Eaglemoss for being this, well, complete. 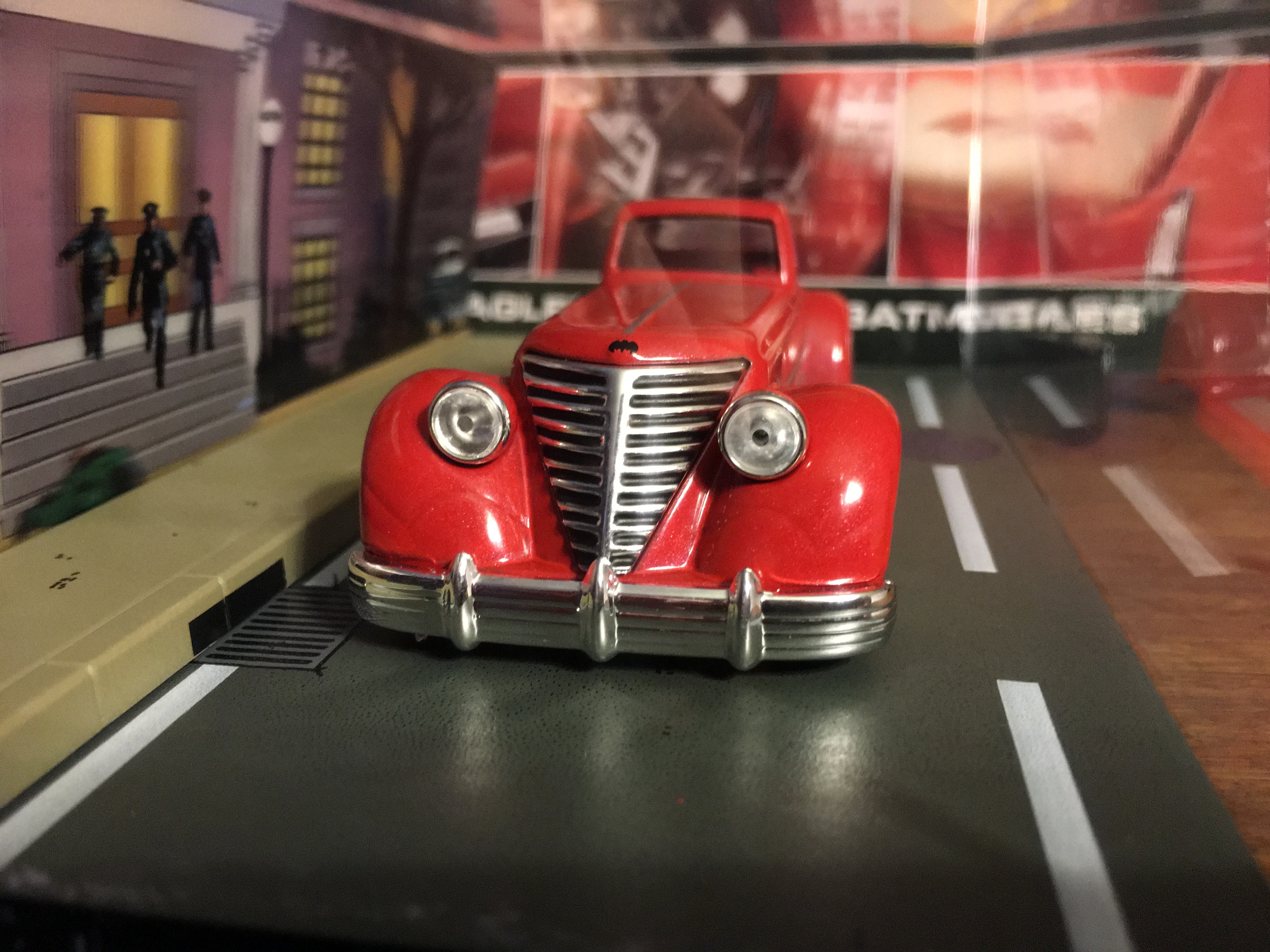 Note: Like most of the Eaglemoss issues, the comic (or show or movie) represents the first time a vehicle was seen, not necessarily the only time. And in this case, Batman/Bruce Wayne’s roadster wasn’t even called the Batmobile yet. Pros: A personal favorite of mine. I really dug the sleek, sporty early/mid-’60s look. This is one I snapped up as soon as I could. Love it. It’s also the first time the Batmobile had twin fins, which became a hallmark of the vehicle. 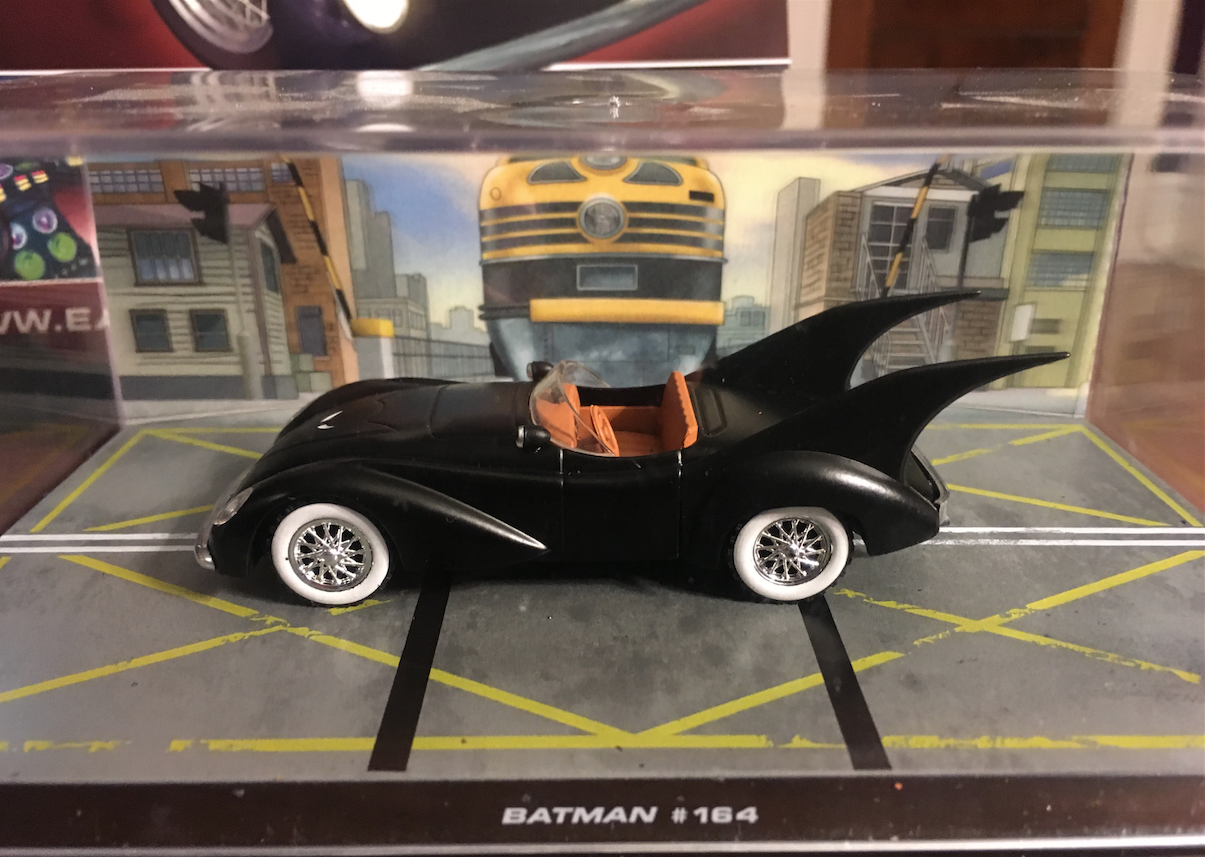 Cons: Can’t think of one. 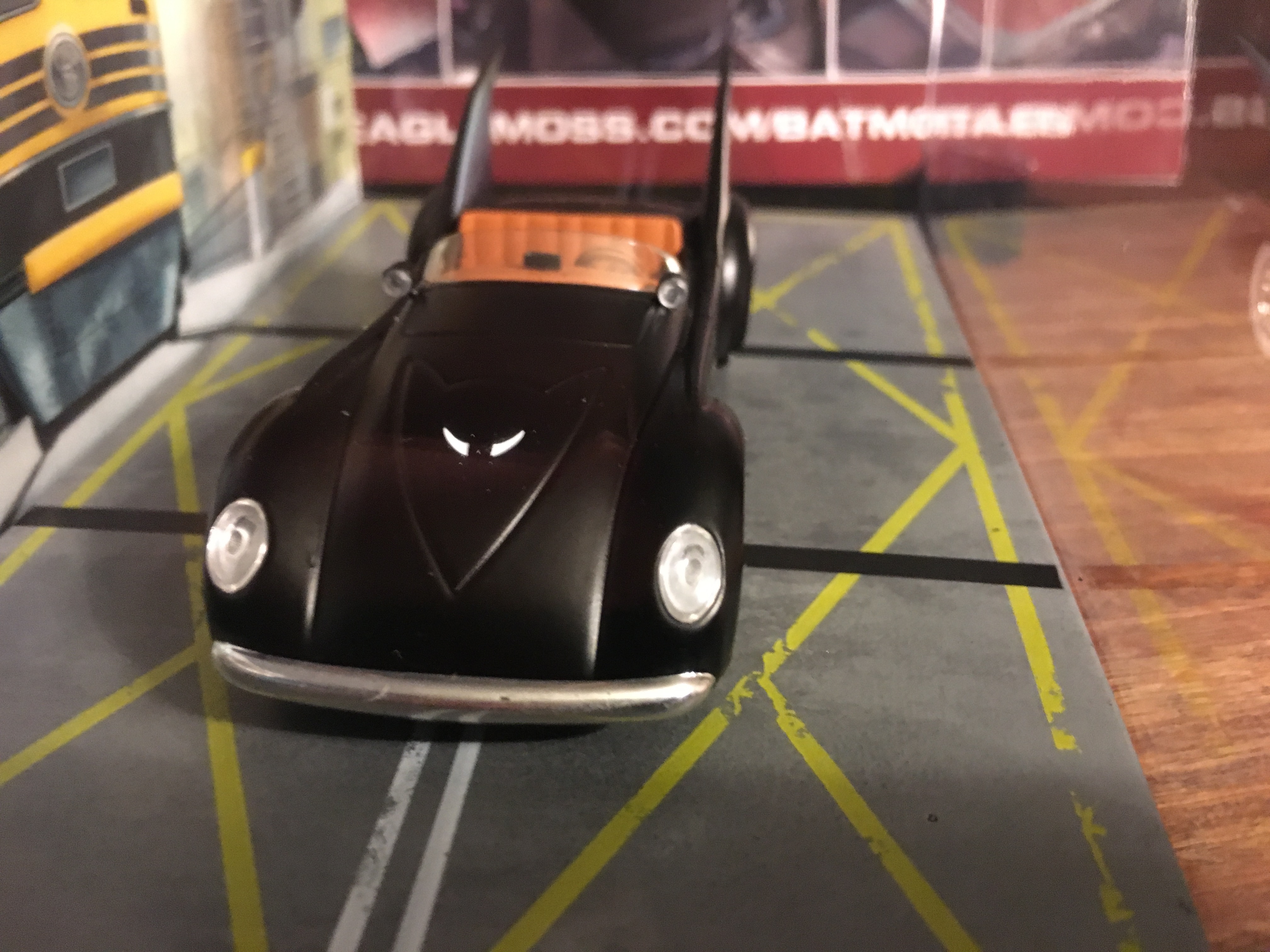 Pros: A Bronze Age classic. Neal Adams! It’s neat to hold his art in three dimensions like this. Cool background featuring Batman, Robin and Dr. Tzin-Tzin (!), which is actually from Detective Comics #408. 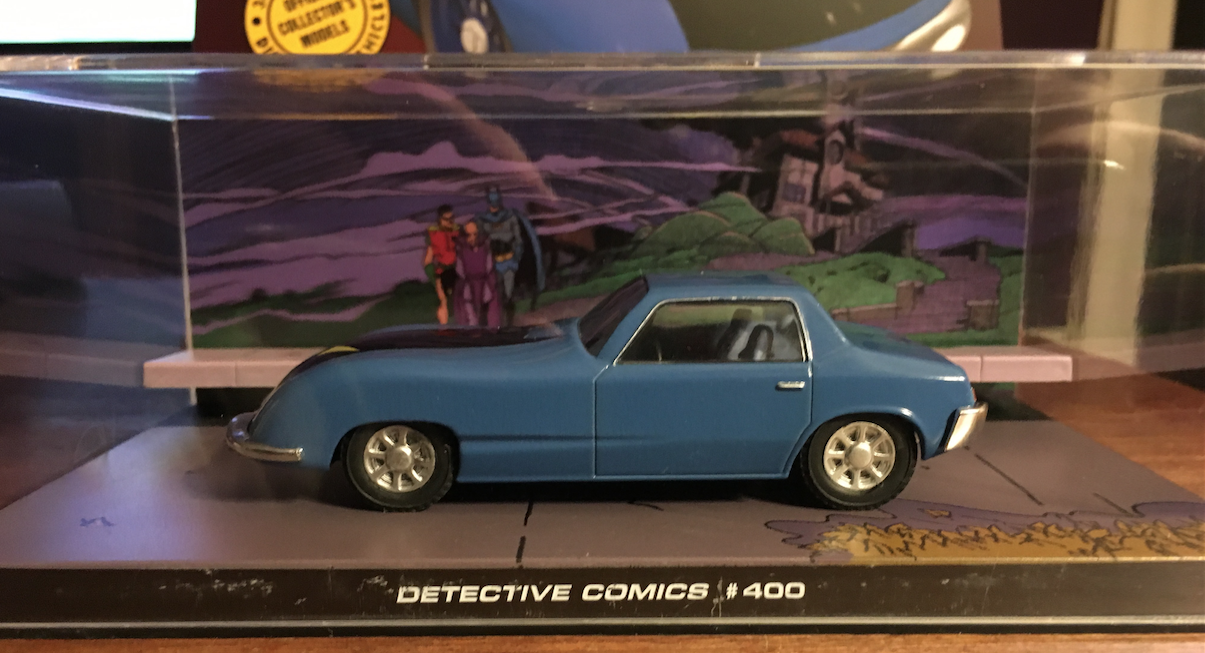 Cons: It’s a great model, sleek, stylish and shiny. But I’ve always preferred a Batmobile that’s more stylized, especially with fins. That’s not Eaglemoss’ fault though. They do a great job here. 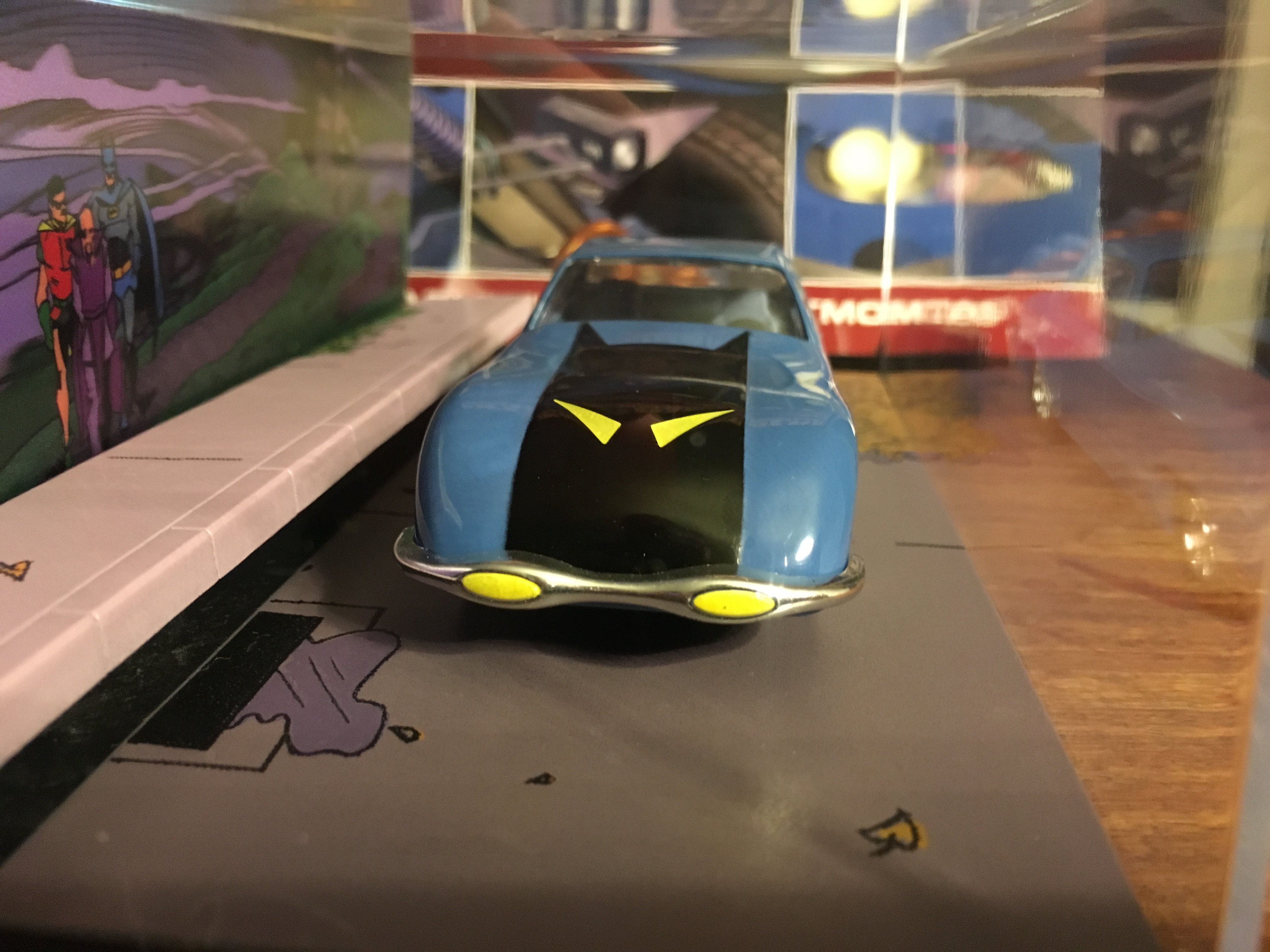 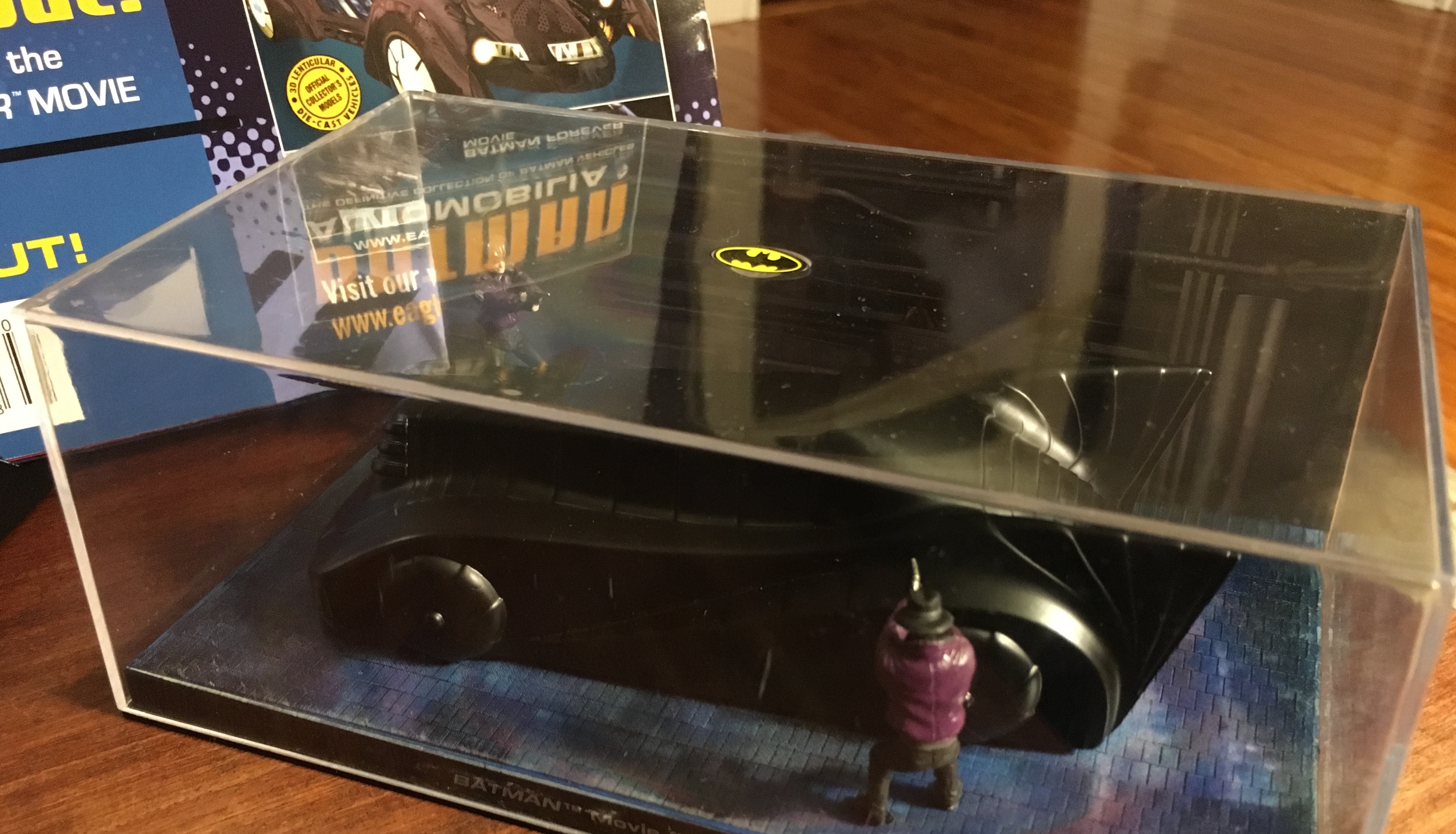 Pros: Do I need to tell you? Seriously, this is awesome. And it shows off one of the best moments in that entire movie — when Batman (Michael Keaton) simply says “Shields” into a device and the Batmobile is protected from a bunch of Joker goons. Brilliant idea by Eaglemoss to reproduce it. Cons: For completists, I suppose. But man, it ROCKS. (By the way, the non-shielded ’89 Batmobile is Eaglemoss’ Issue #1.) Pros: I wasn’t going to leave out the greatest Batmobile of them all. Not only is this a great model, it features one of Eaglemoss’ best dioramas — not just a 3D background showing the atomic pile, but small versions of Batman’s crime-fighting machinery. 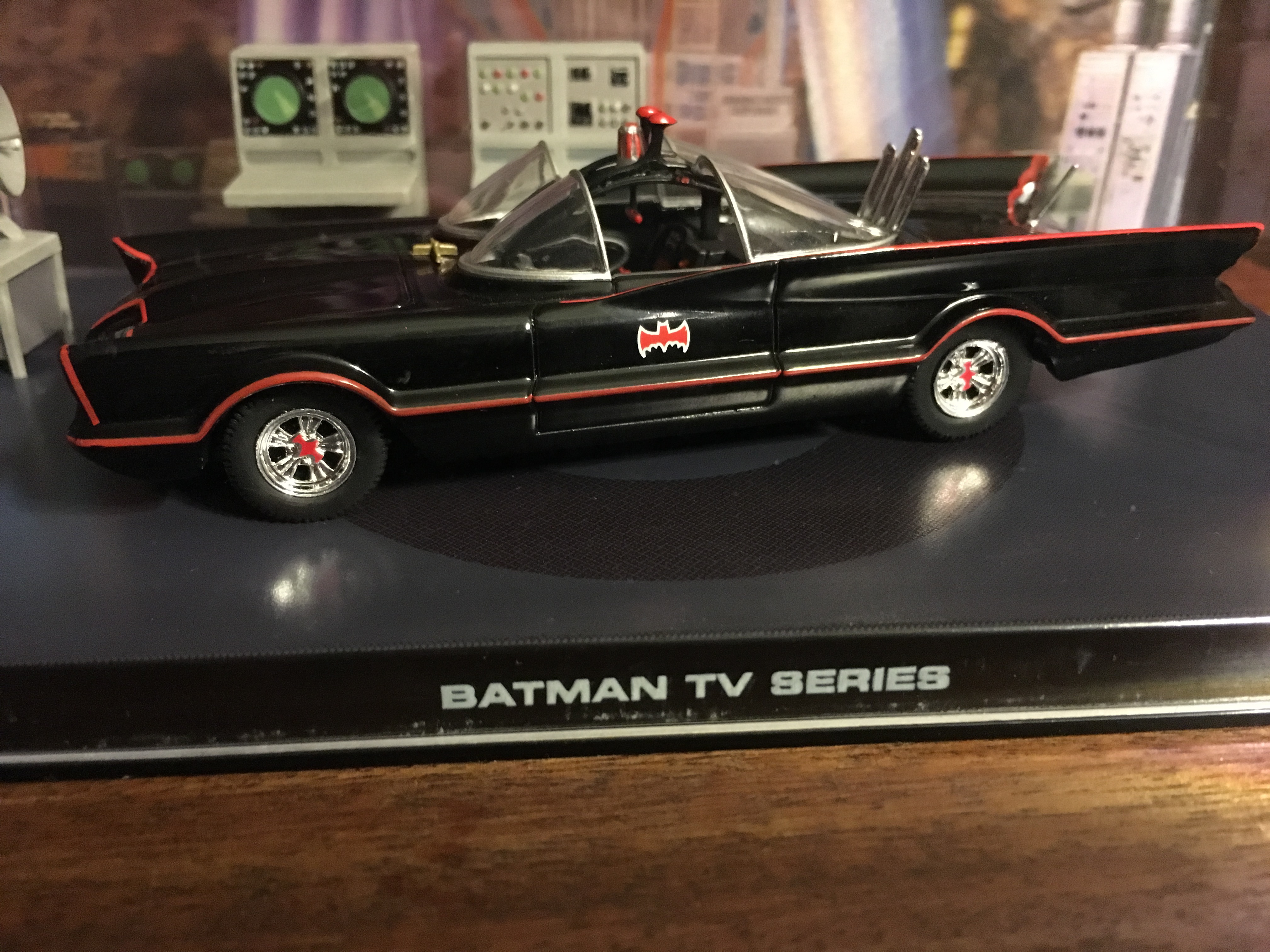 Cons: You’re kidding, right? I suppose I could get greedy and ask for little Batman and Robin figures …