To the Batcopter! Or the Batplane! Or the Flying Batcave?!

Y’know, the original 1966 Batcopter’s in town (click here for info on that) and that got me thinking about Batman’s rides in the sky — because he’s had some pretty cool ones over the years — on film and on the page.

I happen to have a bunch of the ones that Eaglemoss has produced, so I figured I’d review them as a fun way of highlighting some of the best. I wish I had the Batwing from the 1989 movie, because that’s one for the ages. 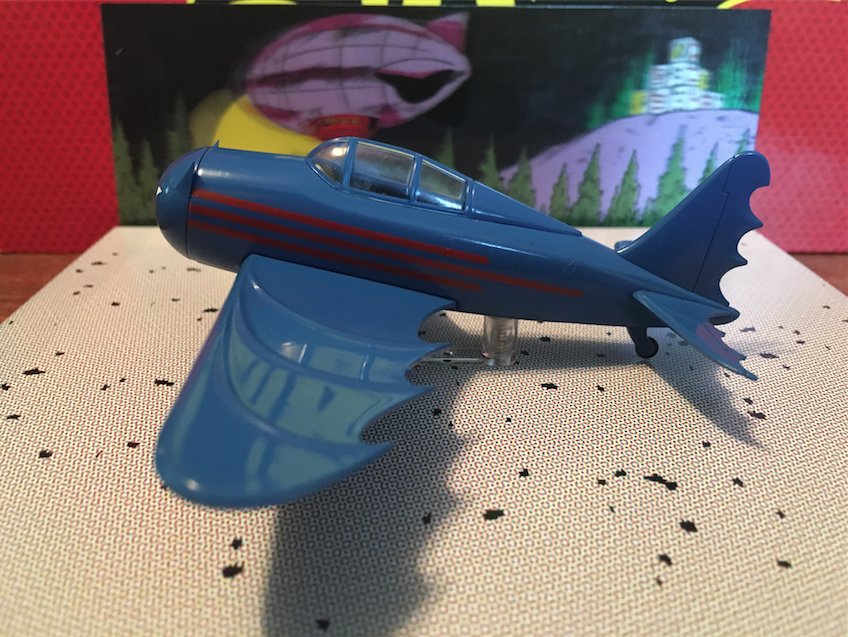 It may not look all that aerodynamic but the Batplane that dominated the 1940s fit right into the Caped Crusader’s vehicular arsenal of the time.

The giant Bathead on the front is reminiscent of the one on the Batmobile of the same era, with red piping, scalloped wings and tail. The plane was sometimes drawn as a prop vehicle, but Eaglemoss went for aesthetics and kept the nose clean. 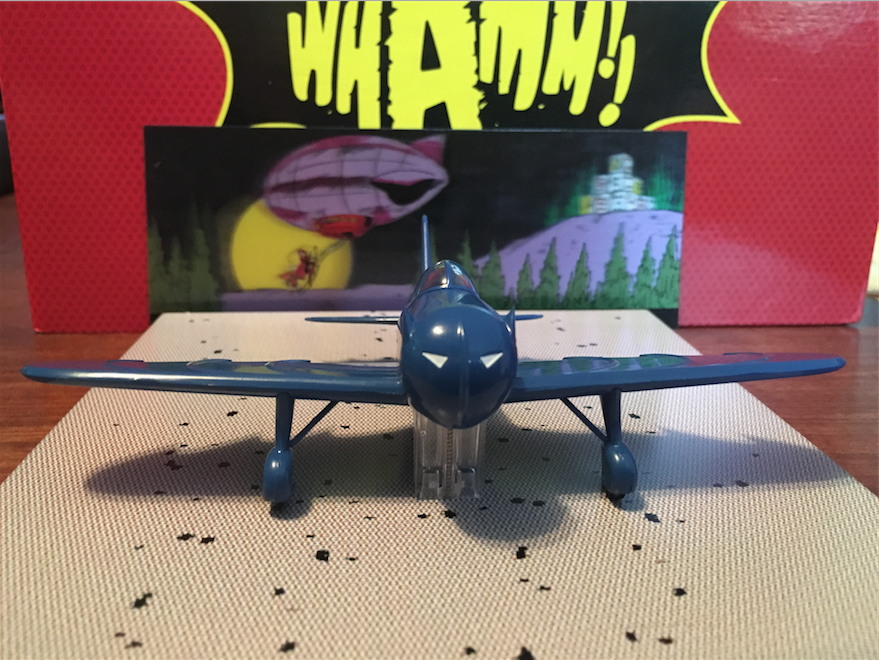 I don’t know how well a plane like this would actually fly, but it’s an appealing, if kind of clunky, look. 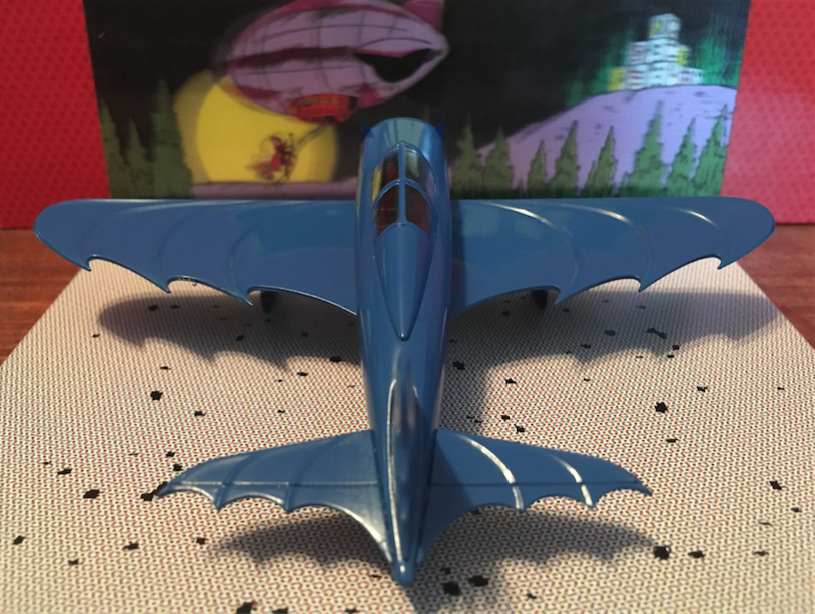 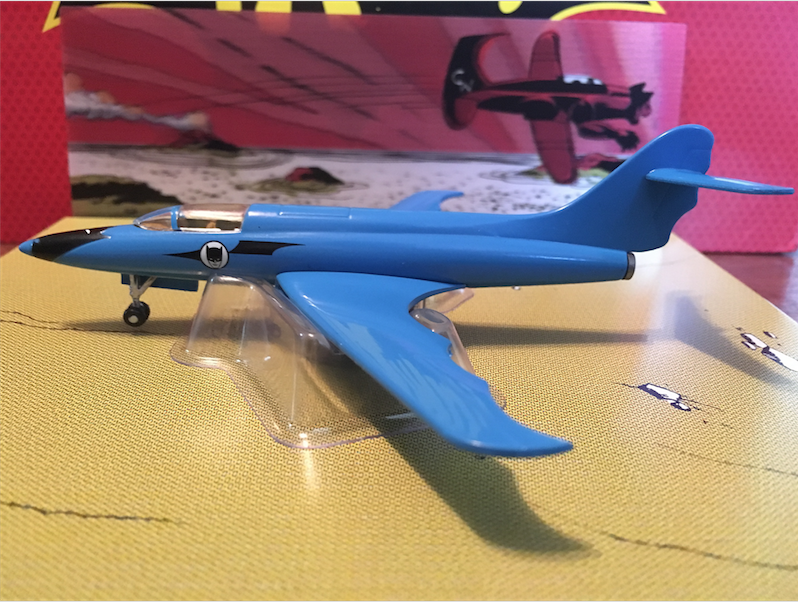 Batman’s preferred mode of flight joined the Jet Age in 1950. If the Golden Age Batplane was a World War II-era aircraft resembling a heavy bomber, this baby looks like it was made for setting speed records. Can’t you just see Chuck Yeager climbing into the cockpit? 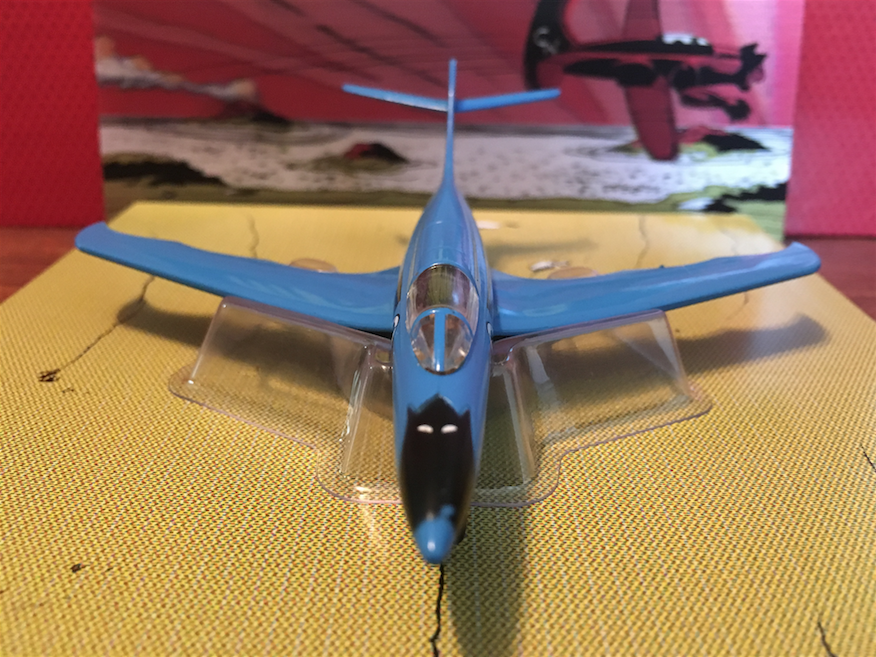 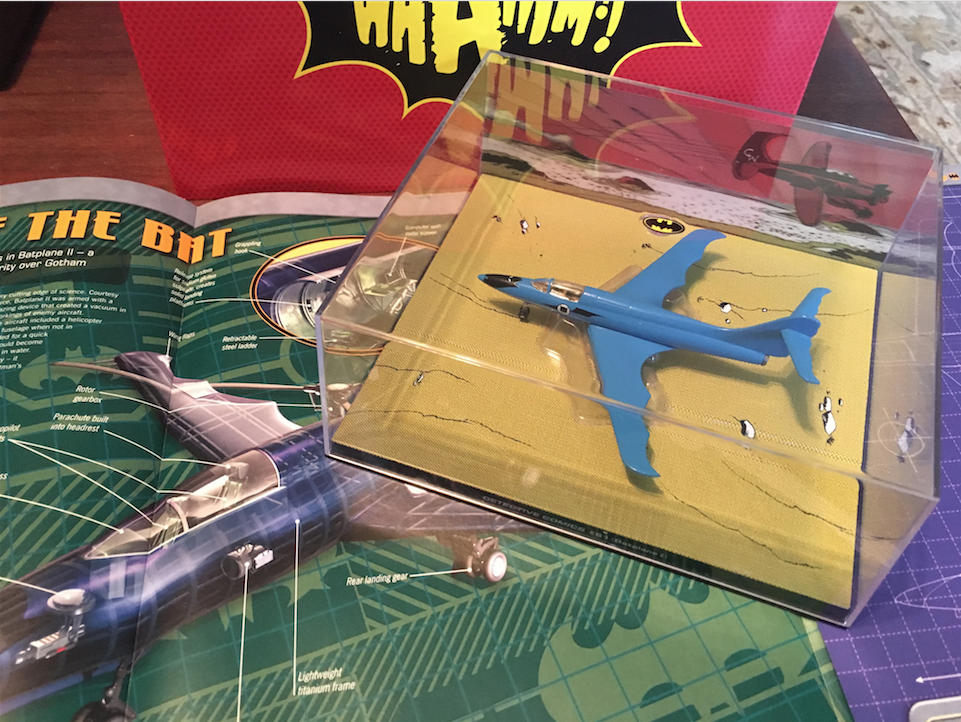 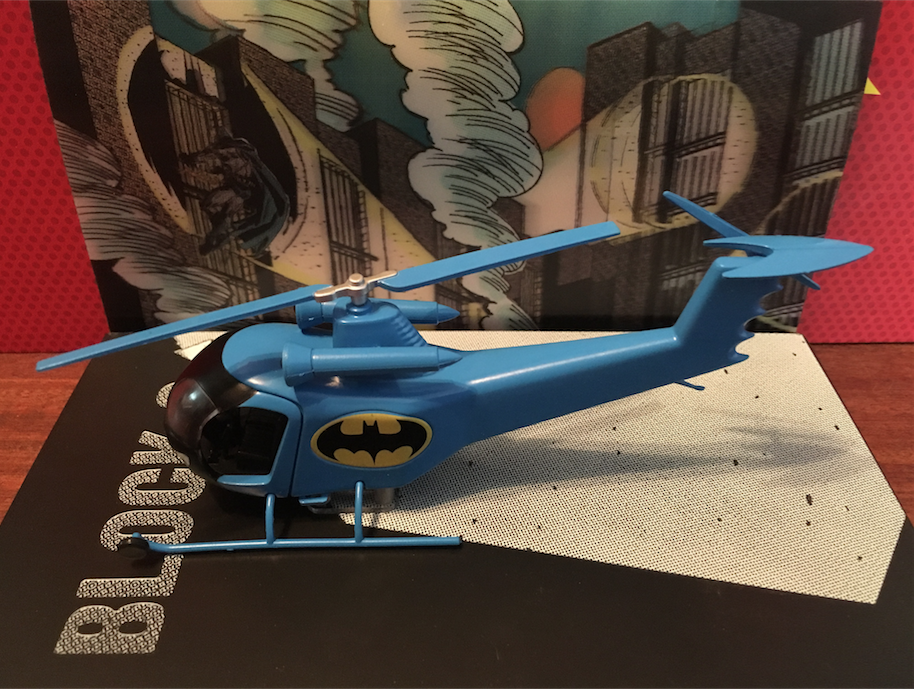 For a time in the early ’70s, Batman tried to strip it down: No Robin, no Batcave, a Batmobile that looked more like a sportscar. So it was with this Batcopter, which appeared in Detective Comics #421. 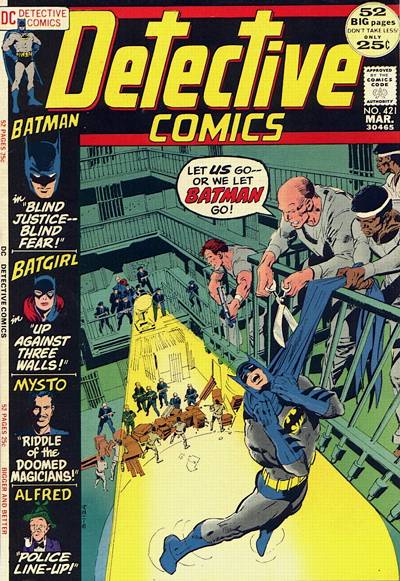 It’s a blue helicopter with a big Batsymbol on the side and some scalloping on the tail. 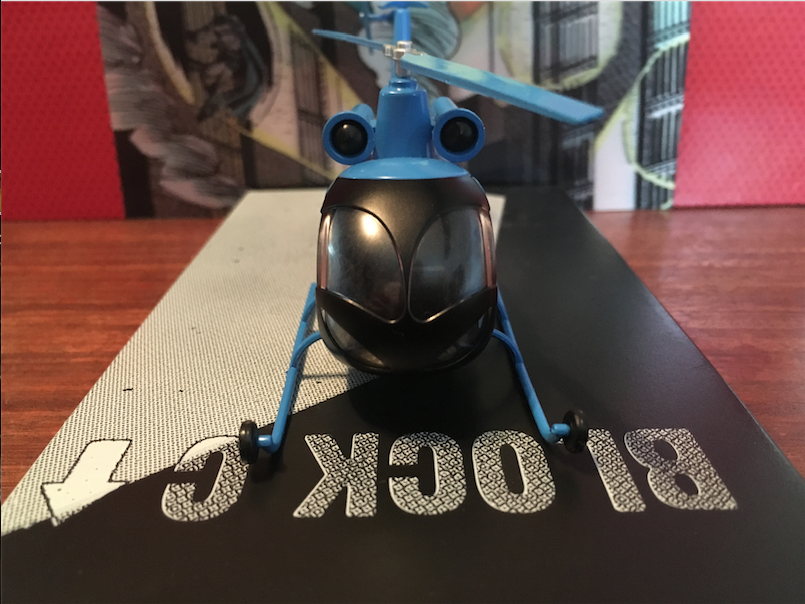 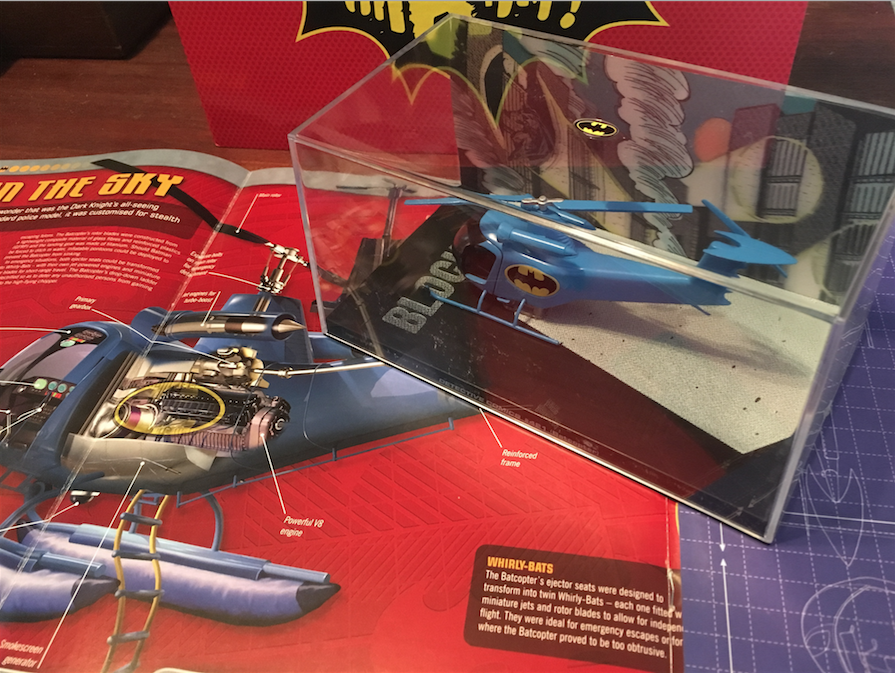 It’s perfectly OK, but hardly an improvement over the … 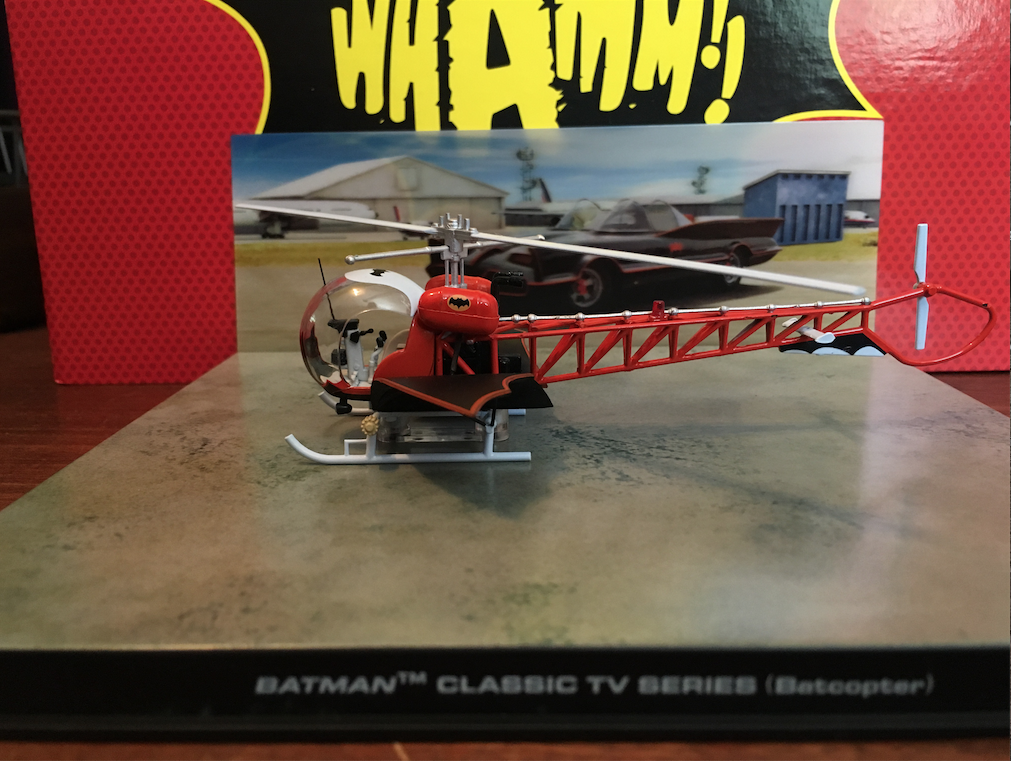 The greatest of them all — and I’ve ridden in it. Not this miniature, of course. The real thing. (Click here.) It’s a great design — orange and black, in keeping with the Batvehicle scheme of the TV show. 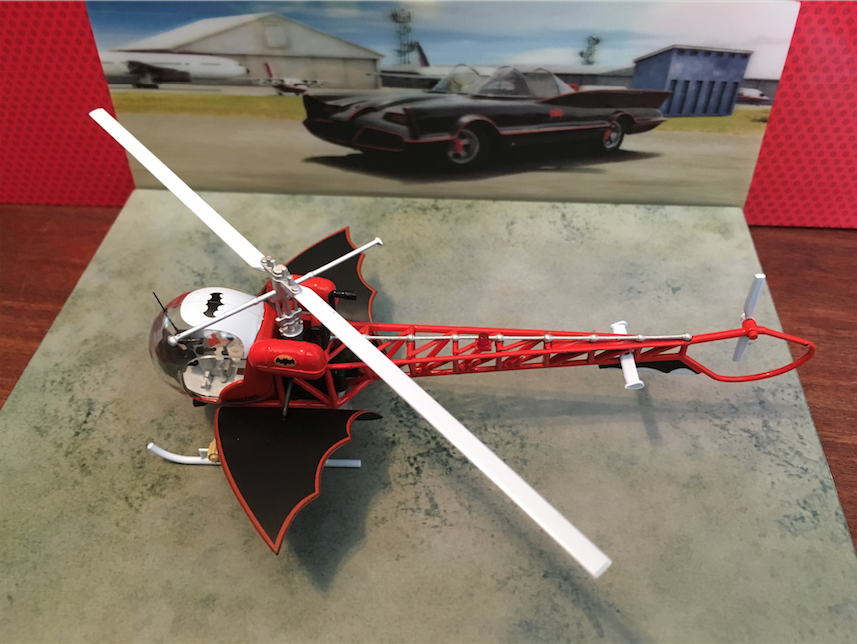 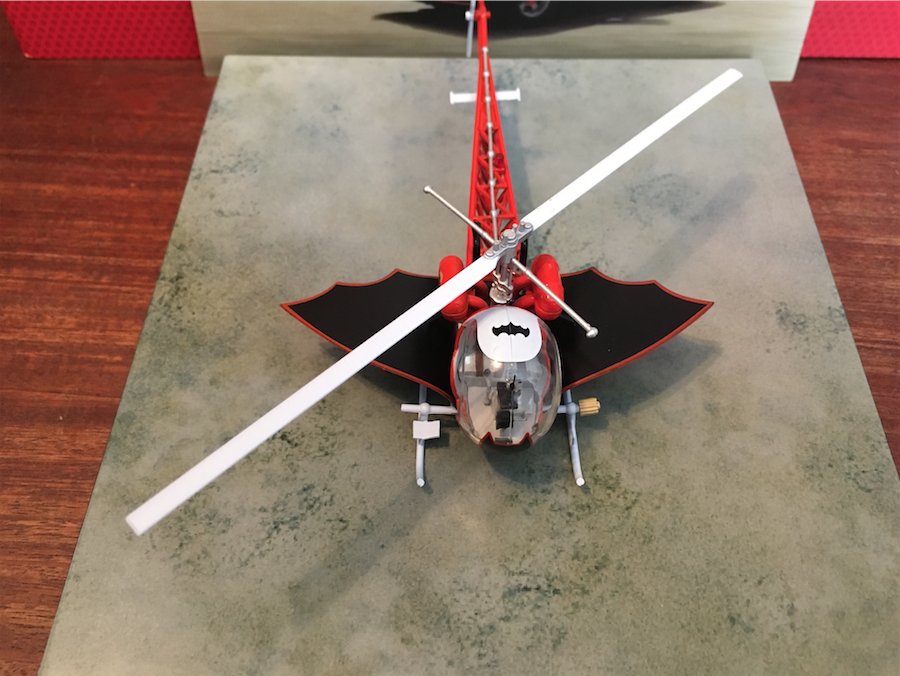 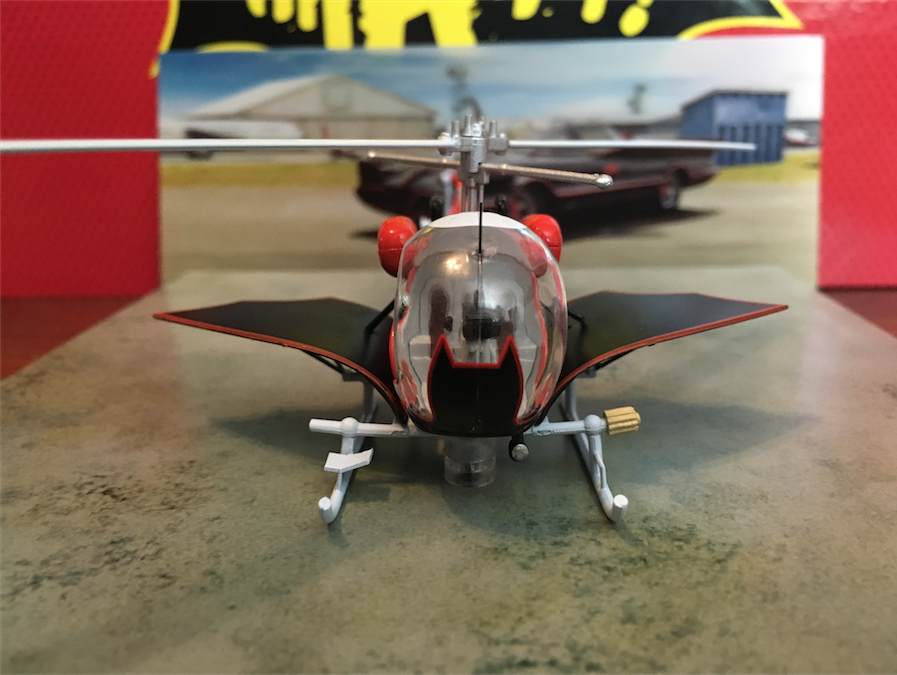 Eaglemoss’ version has the Batmobile arriving at the airfield as part of the requisite 3D background — but I think I would have preferred the Batcycle, like we saw in the 1966 movie. 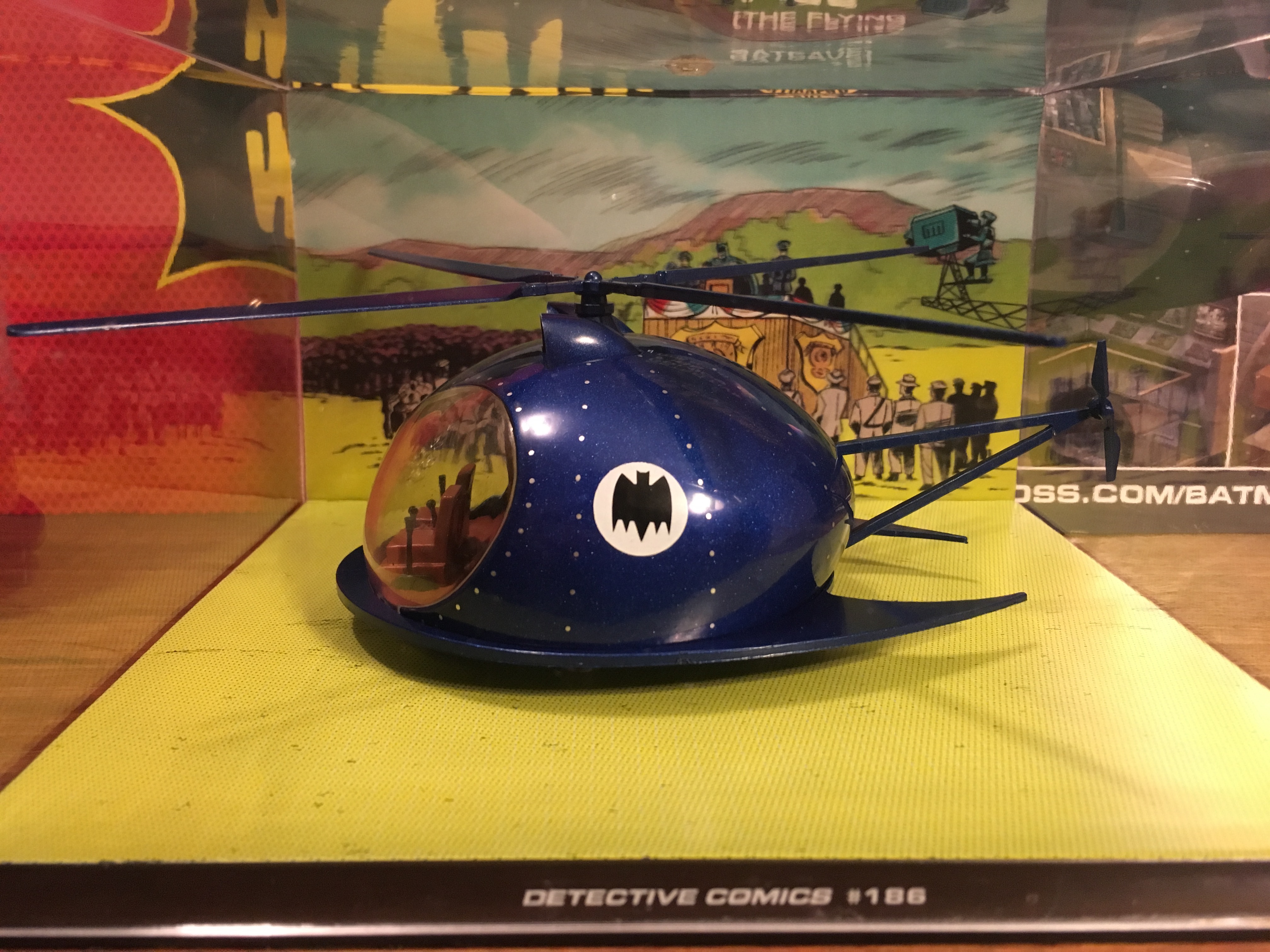 So silly. So, so silly. And I love Eaglemoss for producing it. (This is one of the company’s extra-sized specials.) There is no way, no how, this thing would ever get off the ground — but, hey, who needs realism? The Flying Batcave is so classically early Silver Age (it debuted in 1952 but is better known from 1963’s Detective Comics #317) that I can’t believe that Grant Morrison didn’t find a way to work it into his run. Each Eaglemoss vehicle will run you about $20 each. (The Flying Batcave lists for about $40.) Each comes with an info mag that includes a history and faux schematics of the vehicle. You can get them directly through the publisher individually or by subscription (click here), from online retailers or your local comics shop.