The Legion of Collectors arrives just in time.

The mystery box o’ swag is a big thing with collectors of various stripes and loyalties and if you’re a DC fan, like me, now’s a good time to check out what Funko has going with the Legion of Collectors, the company’s newest subscription service.

Basically, you get a blind box every two months filled with exclusive merch and Funko’s kicked things off, naturally, with a small case of Batman vs. Superman stuff. Me, I didn’t much care for the movie (click here if you’re curious as to why) but I do like a lot of the toys and cetera that have been released.

So, let’s take a look at the debut Legion of Collectors box, shall we? 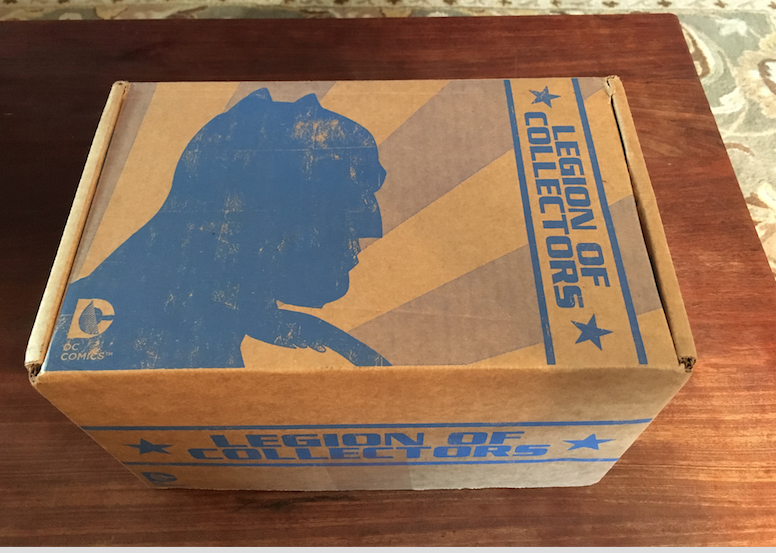 You open it up and you’re greeted by some neato box graphics, a Wonder Woman patch and a Superman pin … 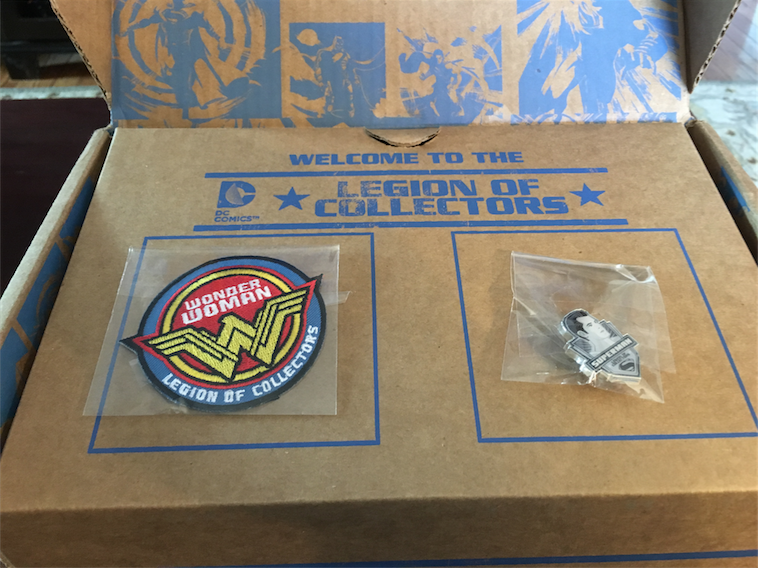 … there’s a lucha poster-inspired Batman vs. Superman T- shirt (my fave thing in the box, I wore it to the movie) … 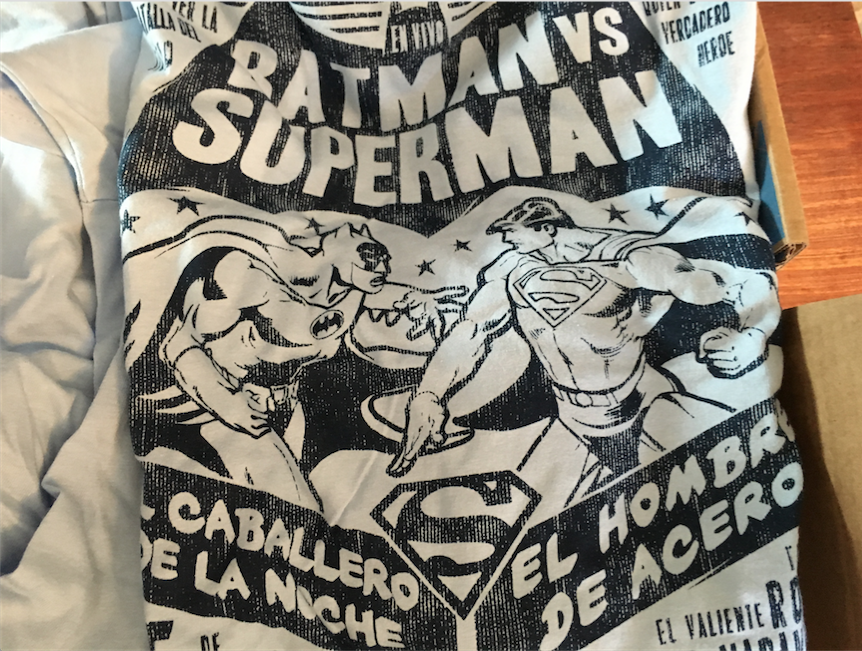 … there’s a two-pack of Dorbz and there’s a Pop! figure. Superman looks pretty happy to be irradiated by Kryptonite there. And Aquaman really is aqua! 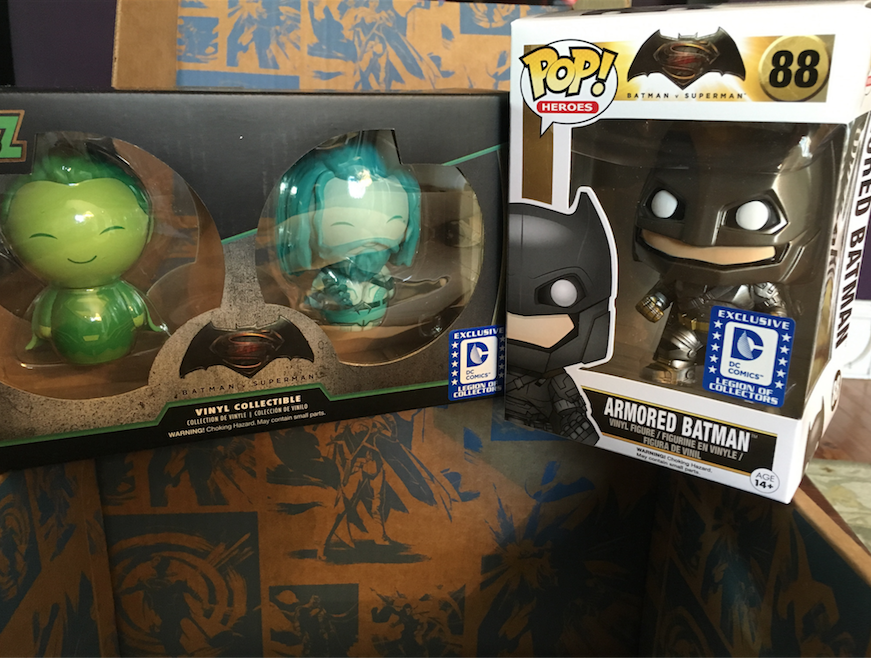 Topping it off is a Batman/Superman issue with a variant cover by Jonboy Meyers. 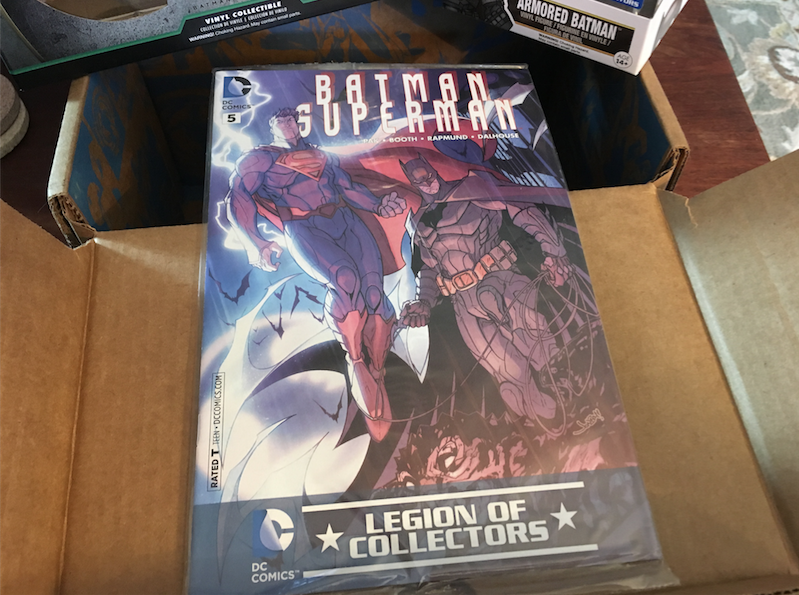 It’s all pretty cool but I think I might even be looking forward to May more: It’s DC TV, which means some Flash items. Cool. (Plus there are also Marvel and Star Wars subscriptions that might be worth checking out.)

For pricing and subscriptions (figure a minimum of about $25 a box), click here.