Dean Haspiel‘s a busy dude right now, what with his big project The Fox (with Mark Waid) due out in stores in two weeks. But he took time out to talk about superhero comics’ quest to be more realistic with an old buddy of his, Sean Francisco Yau-Smith. Dino wrote it up for us and it’s a funky read, so enjoy!

My junior high school buddy, Sean, occasionally checks in with me about the state of comic books. We grew up on the Upper West Side of Manhattan, and hung out with a small crew of smart and creative pals who are forever tethered by our mutual passion for comic books. Every week we’d read and debate the latest batch of Marvel and DC Comics, laud Katsuhiro Otomo’s Akira, Ralph Bakshi’s Fritz The Cat, and reprints of Will Eisner’s The Spirit, played Dungeons & Dragons, Nerf football, and Atari video games while watching MTV, “Kung Fu,” and monster movies. We also made comix when comix weren’t cool. JUMPCUT: a little over 30-years. The debut of ABC’s “Agents of S.H.I.E.L.D.” prompted Sean to write me and we had a knee-jerk exchange, which I present here, verbatim. — Dean Haspiel 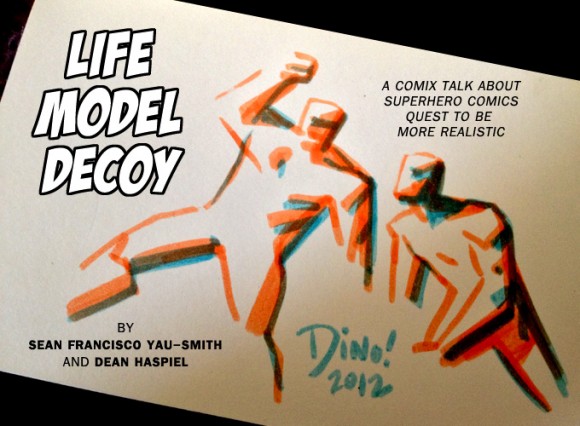 Sean Francisco Yau-Smith: In superhero comics’ quest to be “more realistic,” have they become less realistic? Namely in body count? After reading some recent Batman and Marvel I ended up thinking, why would anyone work for the Gotham Police Department? Or live in Gotham? Same for S.H.I.E.L.D., they get dropped like flies. Who would sign up? I think the step-up was to be relevant in the post-9/11 era but it’s hit the point of infeasibility. Thoughts?

Dean Haspiel: Short answer? DON’T OPEN UP THE CAN OF WORMS. If you start to make superheroes “real” — you open up the can of worms. Superheroes CAN’T be real. They are metaphors and the stuff of gods, monsters, and science fiction. Someone once asked Frank Miller why Batman has a yellow logo on his chest. He said the yellow logo acted as a target for criminals with guns to shoot at his chest where most of his protection (Kevlar?) was. That made a whole lot of sense. The next question was, why is there a teenage boy wearing a bright yellow and red costume bouncing around Batman all the time? DON’T OPEN UP THE CAN OF WORMS. Superheroes aren’t realistic and neither is a civil world that has to function around them. In a way, I guess that’s why I had a difficult yet pro response towards “Man of Steel.” Super people are going to fuck shit up even when they don’t mean to. Civilians cannot live safe and sound in a superhero environment. If they did, sanitation workers and mailmen would carry nuclear arms.

Sean: Agreed – but that’s what I am arguing – the can of worms was opened by the greater body count, to the point where it makes even less sense than the original thing the story was about. To quote another writer in science fiction, “you can play with everything else — time, place — but the characters’ sense of reality and motivation, that stays true or it falls apart.” That might have been Orson Scott Card … before he started hating gay people. Some science-fiction prose authors got tired of the dark, dystopian cyber-punk, bio-punk, steam-punk, diesel-punk genres and publicly committed to writing big stories about next-generation ideas again. Neal Stephenson was one of them. They were driven by the post-recession cancellation of a manned space program, but there was a feeling that sci-fi had lost its way as a way to think out new ideas, technology and their consequences.

Look, as he got older, Shakespeare himself played with time, and more and more “magical” elements (including one where a woman stays frozen as a statue for 10 years, doesn’t age and her husband doesn’t notice), the character motivations — jealousy, greed, etc — remained true and sensible. This is why “Star Trek” and comics do work. Proust takes it further in arguing that people are very rational in pursuing their irrational desires. But the characters and environment stay true to themselves.

Given the darker times up until the 1980’s — it made sense for the body count to go up, but recently I read back-to-back Batman’s where 60+ police officers were killed, and you start to wonder, why does anyone live in Gotham City? Or become a police officer? Or join S.H.I.E.L.D.? Or, if you want to keep the body count high, make this a part of the story; S.H.I.E.L.D. dominated by LMDs (Life Model Decoys) because no one wants to join up anymore. Or, only super-powered S.H.I.E.L.D. agents. Otherwise it falls apart as a story. I mean even “Star Trek” only killed one “Red Shirt” dude every few episodes, and they were security so it made sense they were in the danger zone. Or, if you read The Ultimates’ first two volumes, back-to-back, you realize Nick Fury is absolutely incompetent and should be fired — and in fact that is what Ultimates does — they point out that having a super-hero team attached to the government made America a target.

For example, in the movie, “The Dark Knight Rises,” 200 cops are kept underground, barely fed, without heat for 3 months, and they’re released by Batman and, 10 minutes later, charge hardened mercenaries manning machine guns on tanks. And no one gets shot … and they win!?! I was in stitches watching that. Epic Fail from that point on.

Dean: Which is why Watchmen and The Dark Knight Returns (for example) read (and continue to read) like a “very special episode of superhero comics.” They touch upon what it might really be like to be a superhero and/or have superheroes in our real world, which was what made those efforts interesting, but then came the deluge of ’90s angst-ridden/slaughter porn comix which prepared us for the massive death tolls in the pages of The Ultimates, Kick-Ass, etc. I dig The Walking Dead because it’s really about how people coexist (or don’t) in a world compromised by zombies, but who knew most other extinction-level events could become so … boring?

Again, I’m conflicted by the “Man Of Steel” movie because it tackles what rankles us and, yet, it gutted me on an emotional level. I’m curious to know what you think of it when you finally see it.

Meanwhile, superheroes need to get back to stopping bank robberies and bending guns into metal pretzels. If you want to see/read what I mean (WARNING: blatant plug), check out The Fox, my new mini-series in collaboration with Mark Waid, coming out from Red Circle Comics on October 30. 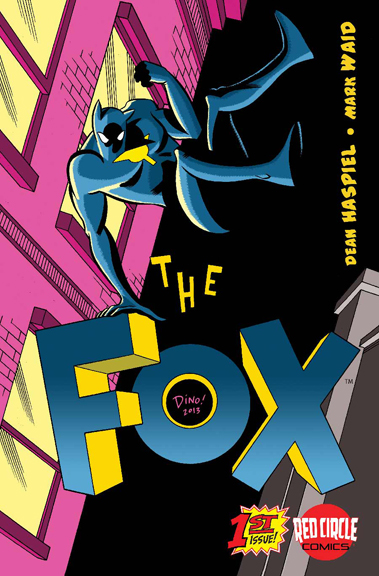 Sean: I want to check out “Man Of Steel” but I see Superman as a classic story about fatherhood and influence. Richard Donner’s Superman was great at showing the conflict of blood and origin versus nurture and mentorship. Hawkeye and Daredevil are great examples of how good superhero comics can be without killing 600 people

This might also get me thinking it’s a time to stop being dark and be positive again. Not to cast a bright starry-eyed view of things today but the past wasn’t that great. We got to see the Soviet Union collapse, Germany reunite and South Africa become free without the gory amount of bloodshed and Armageddon that the experts predicted. An African-American president elected and re-elected. One billion people lifted out of poverty in China, India and other places via economic advancement. None of those I expected to see in my lifetime.

Ahh, screw it. I just want Peter Parker back! 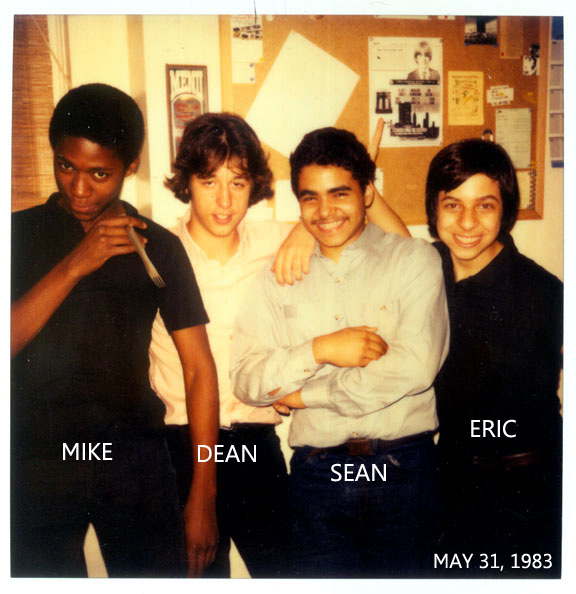 Sean Francisco Yau-Smith  is a proud NYC native who has always had a wide variety of interests: computer technology, martial arts, movies, music and comics. Alongside his regular fun gig as an e-commerce software architect, Sean is trained in Chinese Kung Fu WuSu, having attained a 2nd Degree. He also plays classical piano. An omnivorous consumer of all forms of culture and arts, he admits all of these passions pale in comparison to the joy he gets from spending time with his wife and two kids.

Emmy-award winner and Eisner Award nominee Dean Haspiel created Billy Dogma, and The Red Hook, illustrated for HBO’s “Bored To Death,” was a Master Artist at the Atlantic Center for the Arts, is a Yaddo fellow, and occasionally teaches comic book storytelling. Dino has written and drawn many superhero and semi-autobiographical comix, including collaborations with Harvey Pekar, Jonathan Ames, Inverna Lockpez, Stan Lee, and Jonathan Lethem. He’s currently collaborating with writer Mark Waid on The Fox for Archie/Red Circle Comics. Look out for his new self-published venture, Psychotronic Comix.