LEN WEIN: Why BATMAN Was Able to Take Down the HULK

Home » BATMAN'S HOT-LINE » LEN WEIN: Why BATMAN Was Able to Take Down the HULK

From the vaults — THE LEN WEIN INTERVIEWS: Batman don’t need no Hulkbuster armor…

UPDATED 6/12/20: The late, great Len Wein was born 72 years ago. Back in 2015, I had the pleasure of talking to the writer for what would become THE LEN WEIN INTERVIEWS. This chapter was especially entertaining — and controversial in that friendly comic-book way — so I’m re-presenting it here. And for the complete LEN WEIN INTERVIEWS INDEX, click here. Dig it. — Dan

Welcome back to THE LEN WEIN INTERVIEWS, a series about the great storyteller’s Batman years. In this segment, we discuss the classic Batman vs. The Incredible Hulk treasury edition (aka DC Special Series #27) — and why the Caped Crusader was able to take out the Green Goliath. 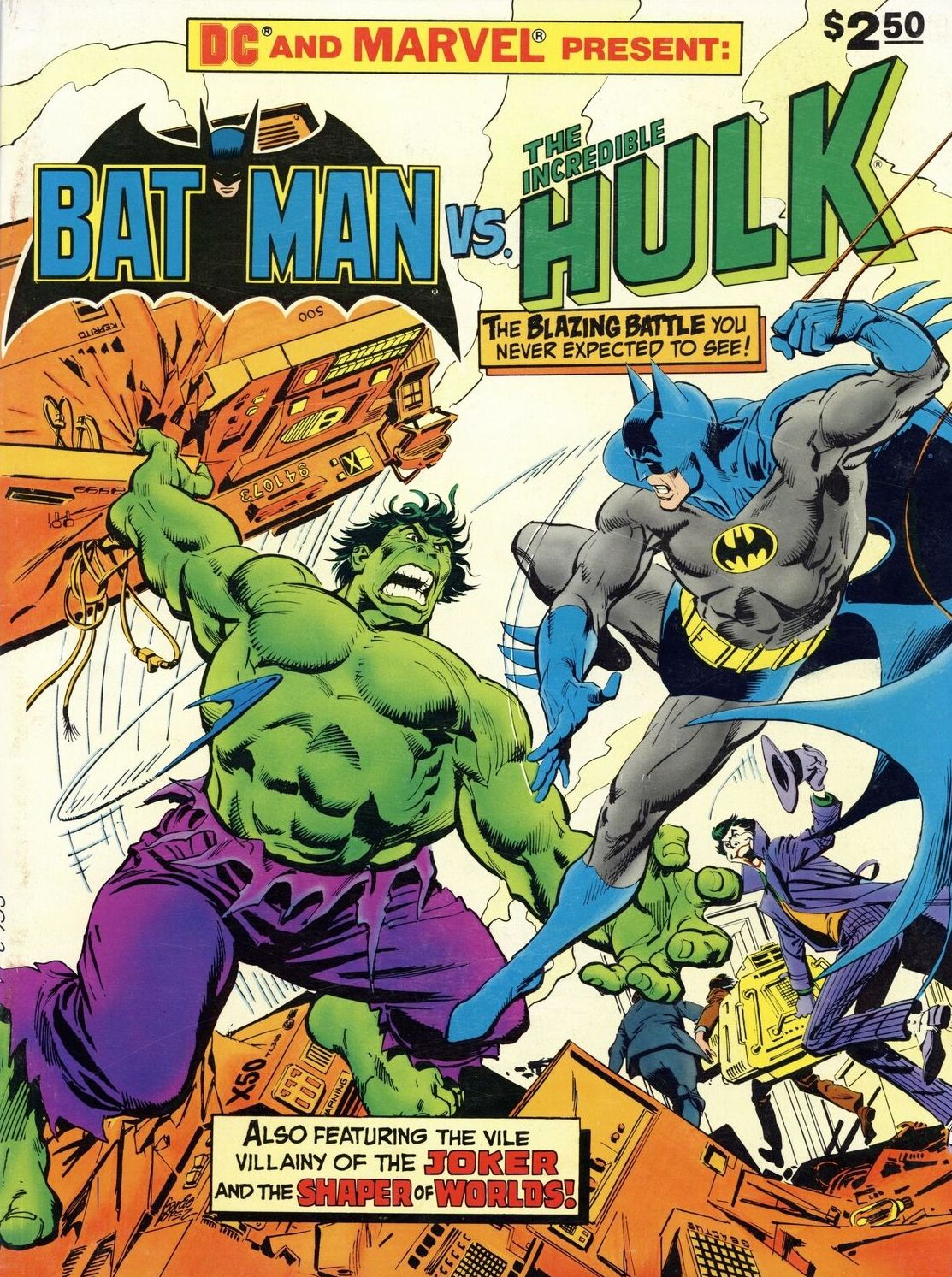 Len Wein: Well, actually my favorite Batman story ever, of all the ones I’ve done over the years, was the Batman/Hulk crossover.

Len: Yes, it was drawn by Jose Luis Garcia-Lopez!

Dan: That’s right! So all right then, how do you justify Batman being able to punch out the Hulk?

Len: Simple. That’s what people ask me all the time.

Dan: (Laughs) I know! I just thought I’d be “that guy” for a second! (Exaggerated voice:) “Oh! How did you make THAT woooork?”

Len: You make it work by being smart at what you do. And people are always asking me, “What is Batman’s super power?” and I tell them it’s a very simple power. Batman’s power is… he WINS! 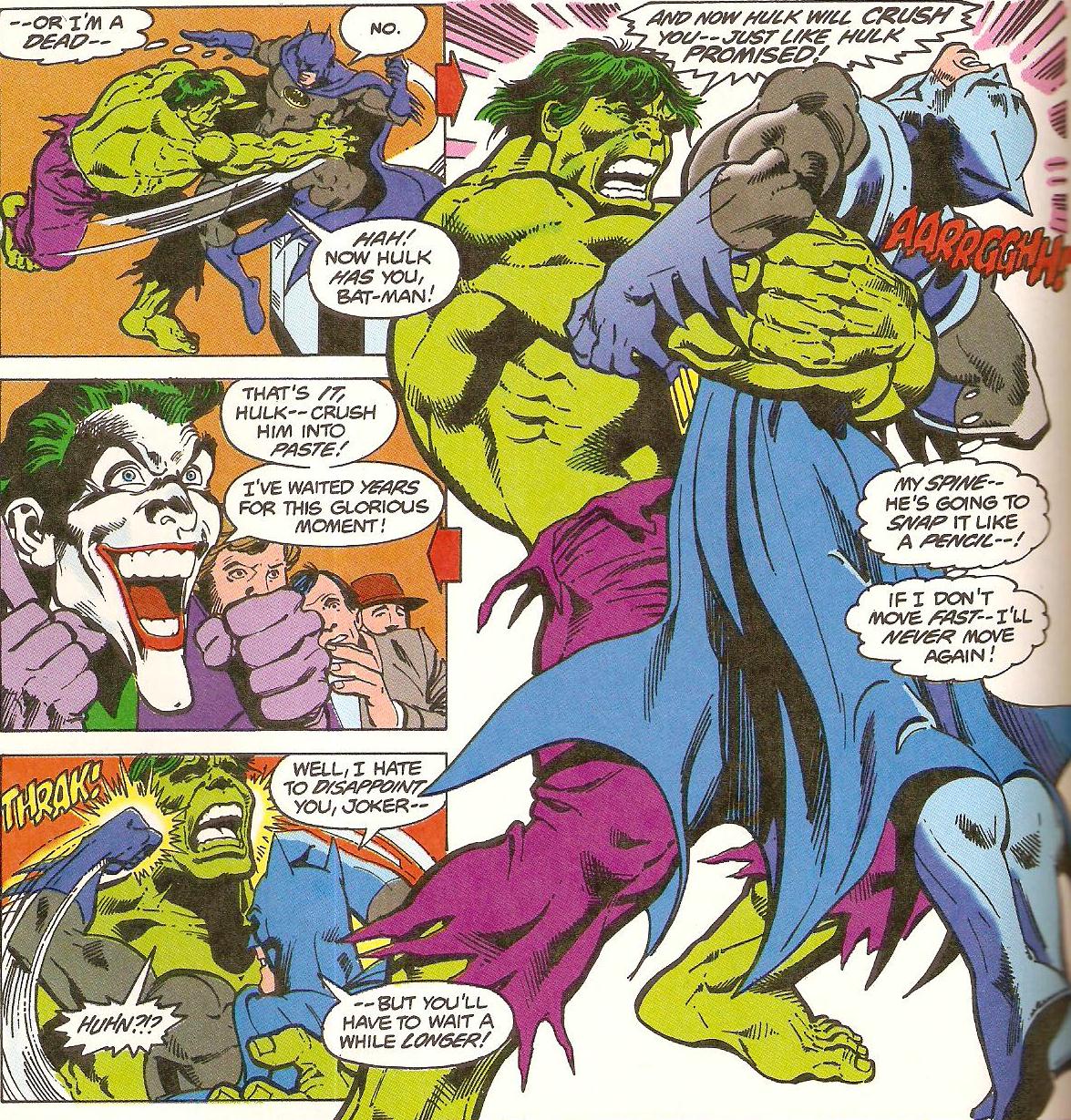 Len: He always wins! In other words, the second any possible scenario comes up, he spends all his spare time figuring out how he could solve it so he wins! You know that the day Superman appeared in Metropolis, by the end of that afternoon, by the time the sun went down, Batman had somehow secured a piece of kryptonite for his utility belt.

Len: Just in case! Because that’s how he works! And again, I thought it out logically, he beats the Hulk the first time by figuring out his weak point and taking advantage of it. He hits him in the solar plexus and makes him breathe in the knockout gas.

Len: It had been established that the Hulk’s lungs were susceptible, you know? You can’t hurt him but if he inhales stuff, if there’s nothing to breathe, he falls back. So that worked the first time, but the second time he tries the same kind of stunt, the Hulk drops a building on him. Because the Hulk’s not that stupid either! (Dan laughs) So it averages out. 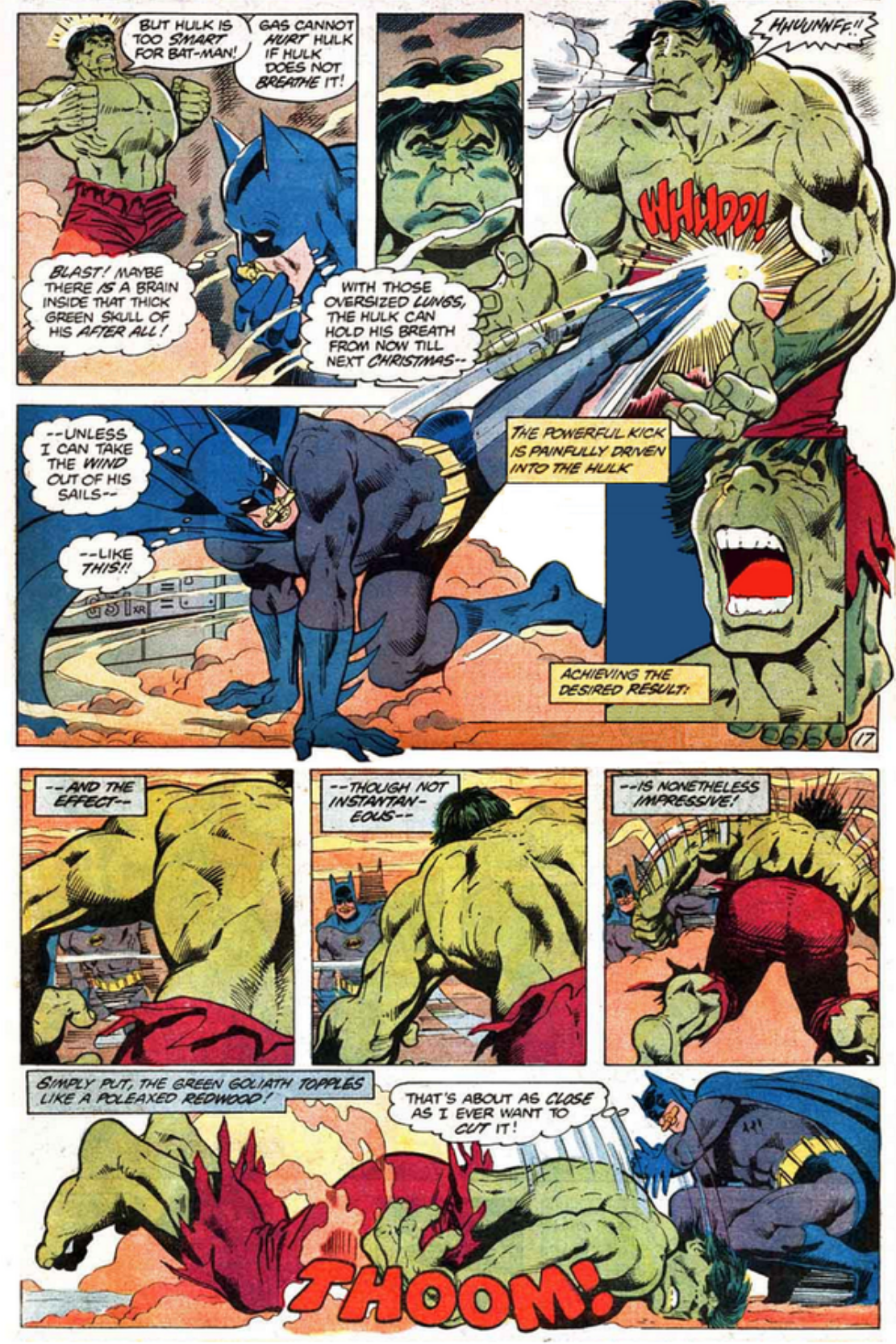