Happy October comic peeps! It’s almost the creepiest time of the year (I’m not referring to the debates!) but it’s not spooky for comics because there are so many great series out right now, both continuing and limited, so let’s just get to it!

First up is the concluding issue (#4) of Heavy Metal’s The Doorman by Eliot Rahal, Daniel Kibblesmith and Kendall Goode and it is just plain fun. The story takes everyday characters like doormen and janitors and makes them something else entirely. Plus, the series has Koalmanac in it. If you want to know what that is, read it. And the demise of Xanthum and Korroro (not a spoiler — happened before this issue) is so timely. I think maybe Eliot and Daniel can see the future. Maybe just Daniel. If Eliot could, he wouldn’t have farted (see @eliotrahal for details). 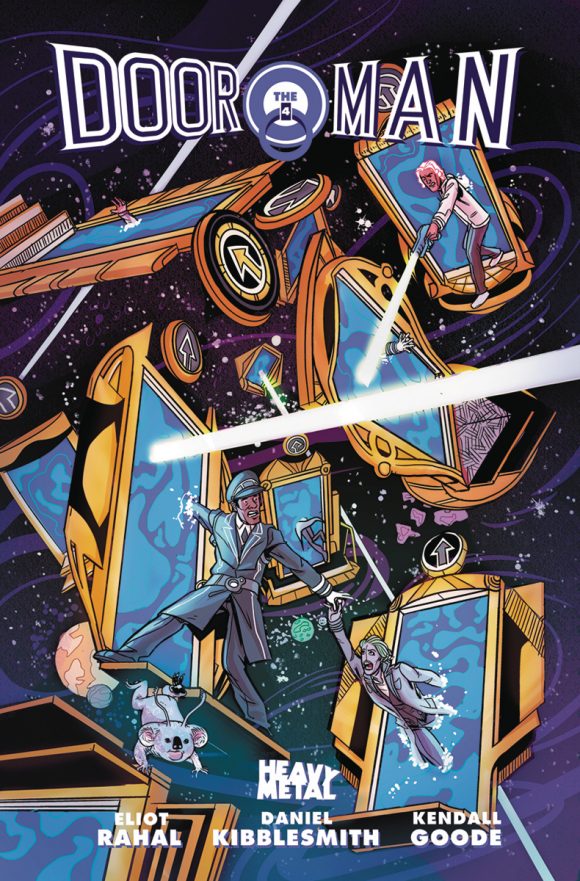 I don’t know why I was surprised that I loved DC’s Batman Beyond: Rebirth #1 because I have loved almost all of the new Rebirth series. However, Dan Jurgens and Ryan Sook give us a great first issue (again, why was I surprised!?!). Terry McGinnis is back and I can’t wait to see what happens in Issue #2. I really hate the Jokerz, which are appropriate with the clown hoaxes that have been popping up in cities around the country. Even though they aren’t real, it does not make me more comfortable with clowns. 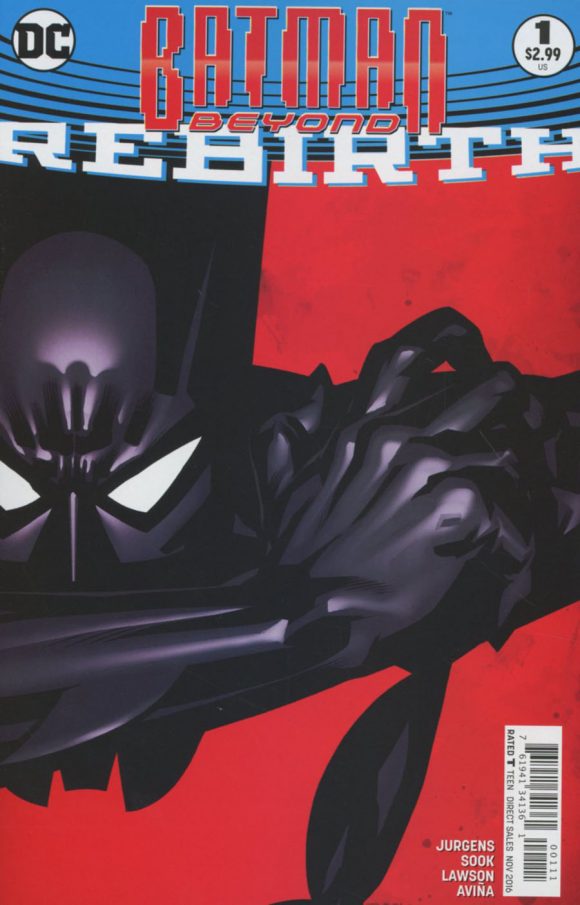 Nick Spencer, Javier Pina and Rachelle Rosenberg continue to produce one of my favorite series — Marvel’s Captain America: Steve Rogers. The fifth installment, even with a typo (now you all want to read it or re-read it to find the typo — if you haven’t already), is such an interesting issue that adds an extra layer to the Civil War II storyline. There’s a fantastic pull between the what I call Good Cap/Hydra Cap. Plus, I had flashbacks to Star Wars during the Red Skull scenes, which is always a good thing. 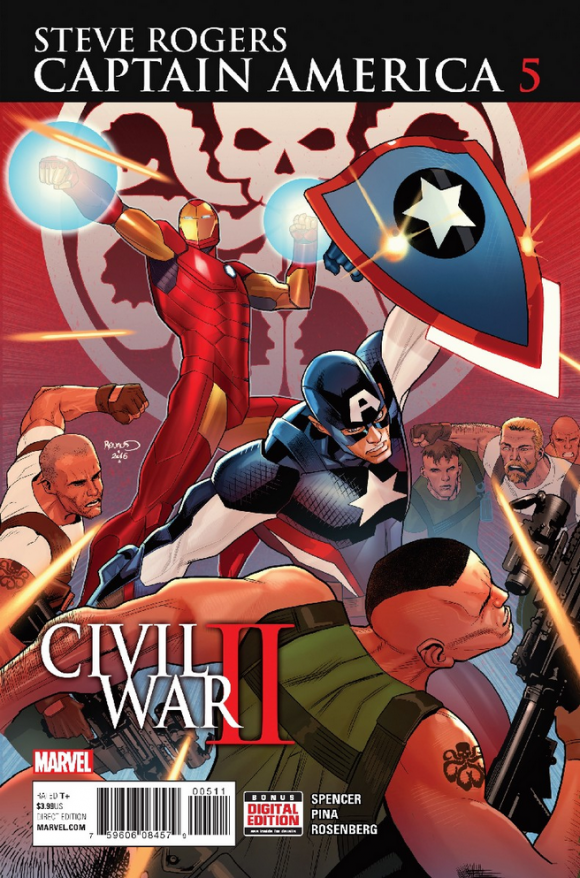 Lightning Round: Joshua Williamson put out a dynamic duo of comics this week with Frostbite #1 (Jason Shawn Alexander on art) from Vertigo and Flash #7 (art by Carmine Di Giandomenico). Also, Tarzan on the Planet of the Apes #1 from Dark Horse/Boom! (written by Tim Seeley and David Walker, art by Fernando Dagnino and colorist Sandra Molina). While it is a little confusing with a jumping timeline, it’s definitely worth a read.

Continuing on from last week (click here), I want to talk more about conventions.

While getting ready to attend New York Comic Con and all the craziness that goes along with that, I want to recap some of my adventures at the Cincinnati Comic Expo. Going to a con as a fan is odd for me. Even when I don’t have plans to work, somehow it always finds me. It’s like I have a “KICK ME” sign on my back.

No matter why I am at a con, I always scour the aisles looking for independent books that I can carry in my comic shop (Aw Yeah Comics in Muncie, Ind.), meet creators to set up signings, and see old friends. But the work this time involved 13th Dimension and having to sit in the original 1966 Batcopter and hang out with Lee Meriwether. 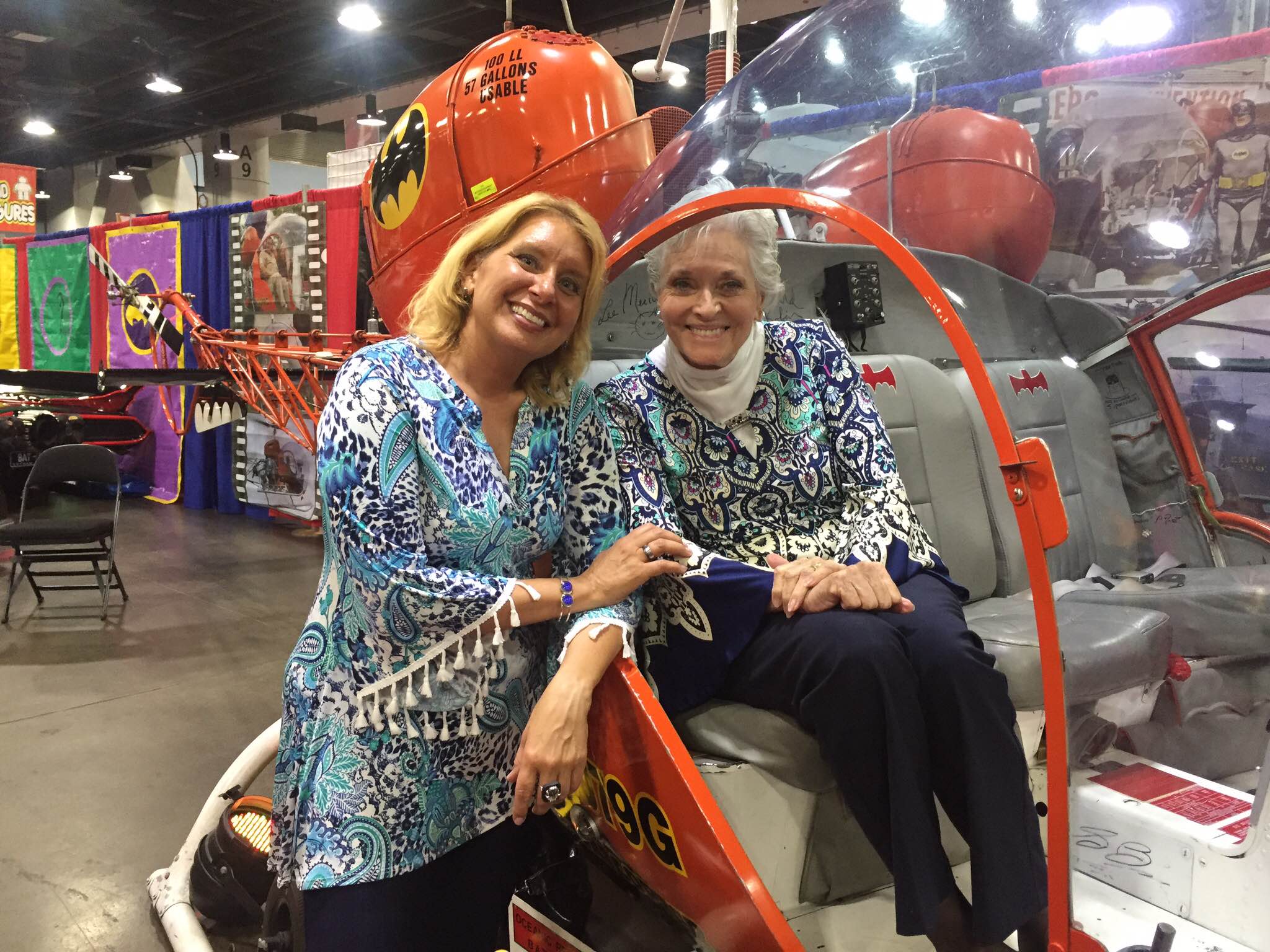 Oh, the things I will do for work!

After meeting up with Eugene Nock, owner of this amazing vehicle (and even performing security for a few minutes!), I got a behind the scenes look at the Batcopter — plus, exact replicas of the Batmobile and the Batcycle. While I didn’t exactly pilot any of these Bat-hicles (yes, I know that isn’t a word), I did get to sit in them and pretend I did. 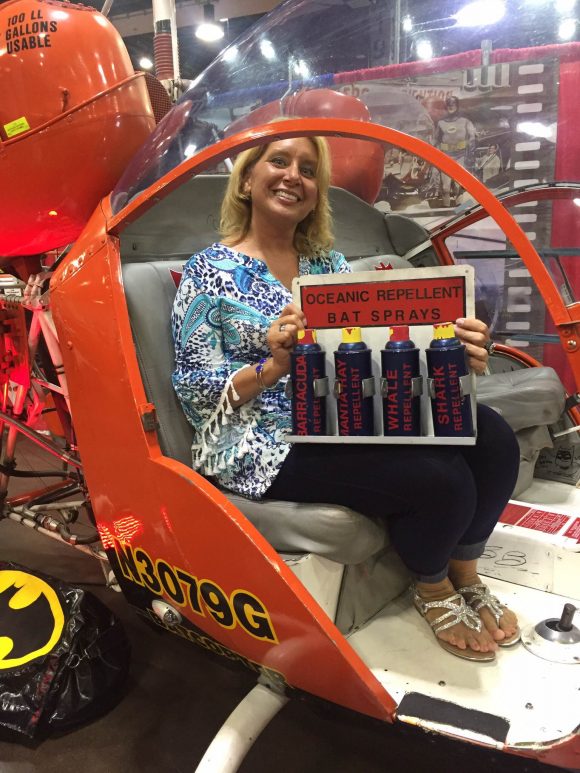 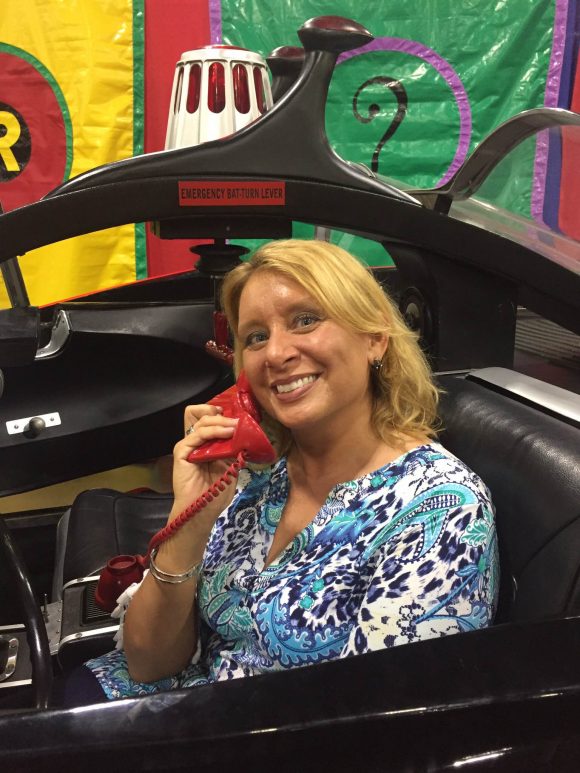 And then the day got even more amazing. Catwoman arrived. Lee Meriwether. The gorgeous woman who I saw at a convention once before, who I walked up to meet, got too nervous, so I snapped a picture and ran off. THAT Lee Meriwether.

I was still nervous but this time I wasn’t the only one. World famous cartoonists Art Baltazar, Franco Aureliani and Kurt Wood (also my Aw Yeah partners) showed up to meet Lee and they were super nervous. It was adorable. They brought gifts. I brought nothing. But Lee and I decided that our fashion sense was enough to make us sisters. In the end, it was a Bat-tastic time and we all went away feeling lucky to have our lives. I mean, it was Catwoman. Me-ow! 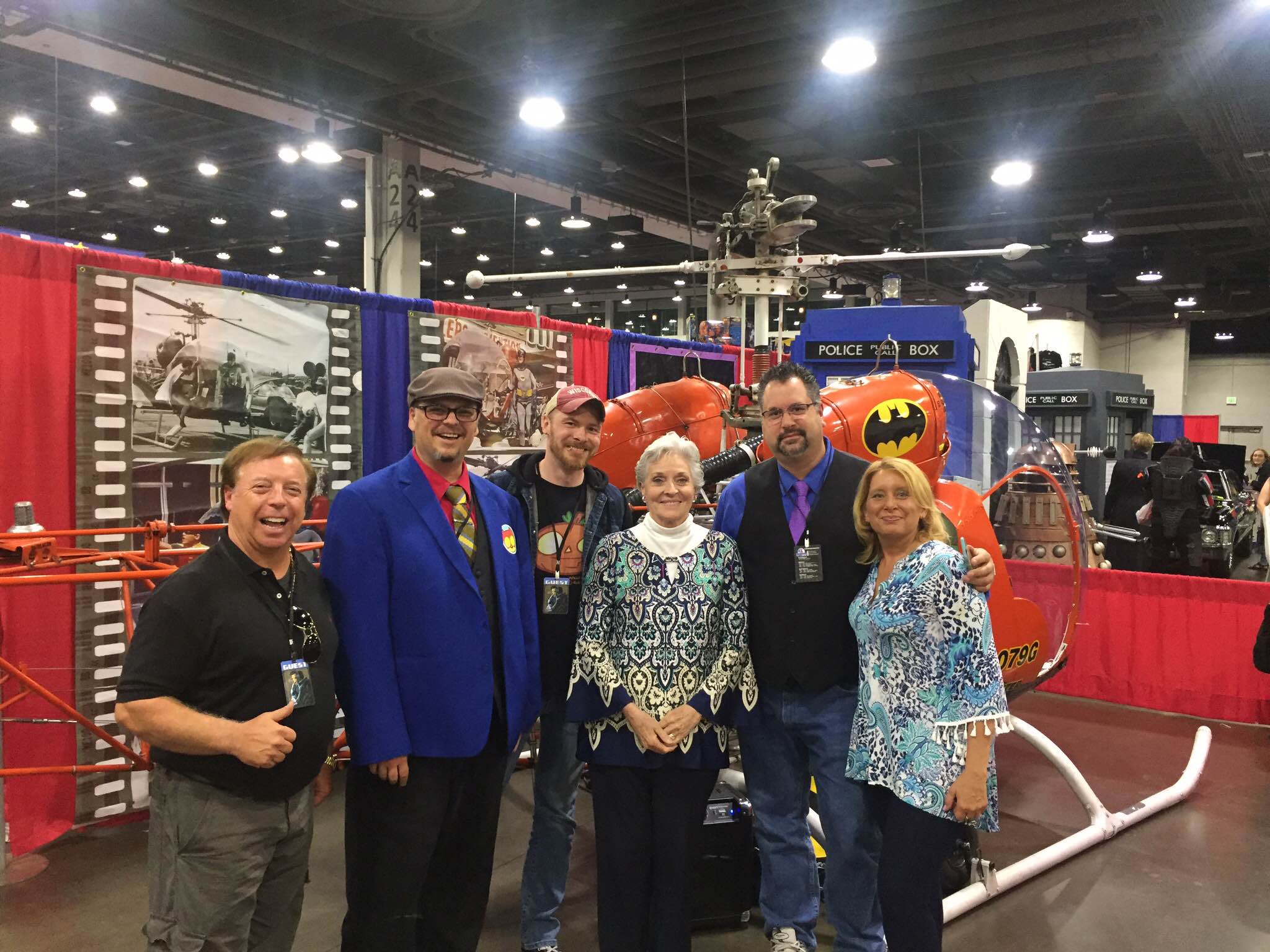 The day ended with seeing another Lee and all I will say is that Herman Hupfeld was wrong. A kiss is NOT just a kiss. And as time goes by, I realize just how lucky I am to love what I do so much. 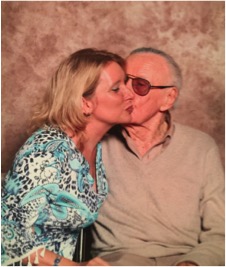 Until next week, keep reading comics!