These are some of the best books worth your hard-earned shekels at the shop this week. Here’s Mark Waid and the crew!

Sex Criminals #5, Image. I keep waiting for some angry mom to see this listed on our prominent “On Sale Today” whiteboard and flip out. Nothing yet. Hope I haven’t just jinxed us.

Ms. Marvel #2, Marvel. I really, really like this, and so do the thankfully disproportionate-to-average number customers who Aren’t White Men who frequent our store. And they’re reading it, too. 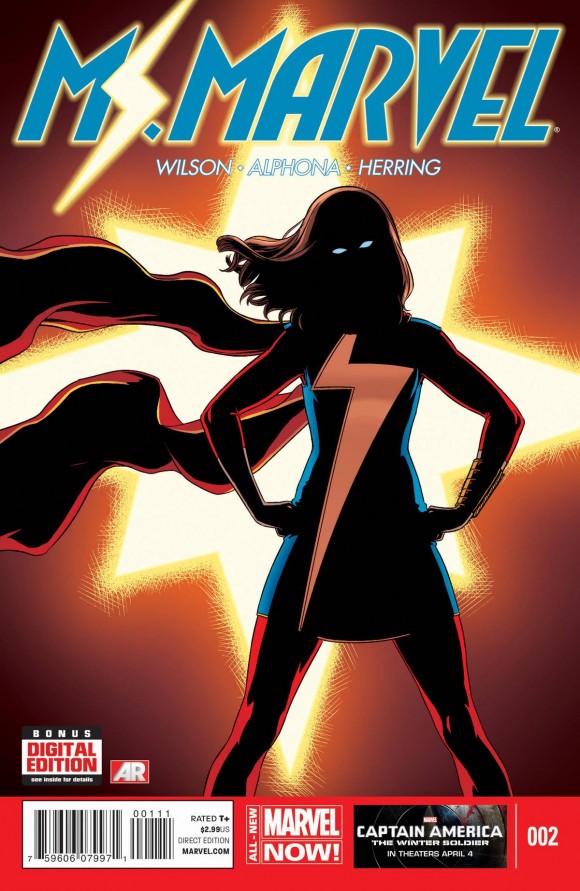 Daredevil #1, Marvel. Mark Waid moves the fearless one back to San Francisco. Since it went SO well back then, what could possibly go wrong???

Suicide Squad #29, DC. Because the N52 isn’t messed-up enough, the Crime Syndicate wants OMAC, and the Thinker wants to give it to them. It’s up to our favorite team of psychos and skeevatsis to shut him down. Alright, skeevatsis isn’t a word, but it sounds better than “scumbags.”

Ms. Marvel #1 (second print) and #2, Marvel. Why am I picking a reprint and a new comic of the same title? Because I didn’t get a chance to read #1 when it came out. I know I’m late to the party.  F you. It sold out too fast. My customers come first. And I know a bunch of you didn’t get it in time either. Now we can hold hands and catch up together. It’s G. Willow Wilson.  And she’s the bomb.

“Saga” Vol. 3, trade paperback, Image. For you tradehounds, it’s here. You’ve waited patiently, and it’s so totally worth it. For you single issue-ers, you have to wait til May for #19. I’m sorry. But you know it’s worth it too. BKV and Fiona love you.

Rocket Girl #4, Image. Are you all digging Rocket Girl? Want more action? Good. This issue is a balls-out chase in NYC subway tunnels. Maybe it’s the Noo Yawkah in me that loves this kind of stuff, but this book delivers anyway. Amy Reeder artwork, yo! 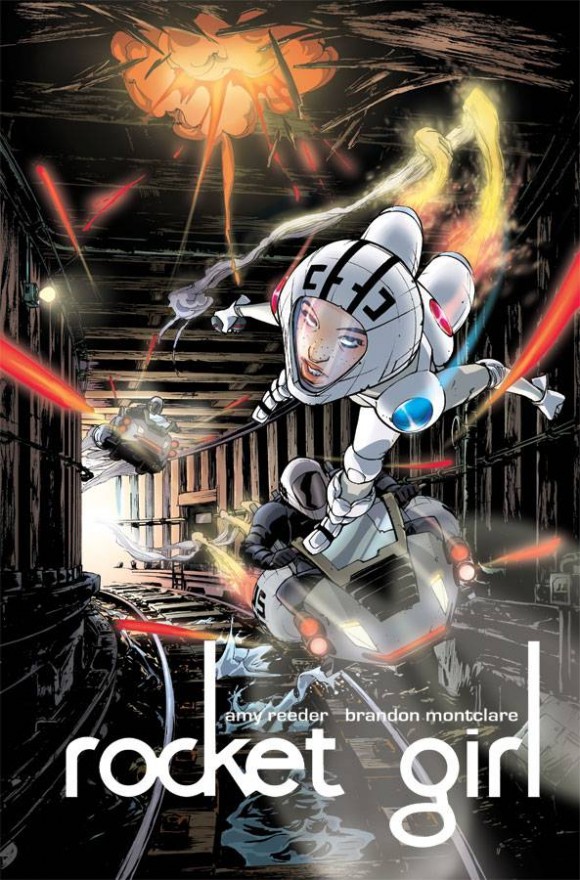 Ms. Marvel #2, Marvel. I was never really a Ms. Marvel fan until I picked up the first issue of the new volume last month. Now, I’m completely on board with Kamala Khan and her journey in her discovery of her new powers. I didn’t realize how much I missed Runaways artist Adrian Alphona. It’s perfect for the tone of the story.

American Vampire Second Cycle #1, Vertigo. This acclaimed series finally returns! It’s been way too long to see what has been happening in the lives of Pearl and Skinner Sweet. They both have gone their own ways but maybe they can intersect again in the 1960s.

“Saga” Vol 3, trade paperback, Image. I know that there are people out there who tradewait for series, so this is a reminder that the newest volume of Saga will be out. Saying that … why are you tradewaiting for Saga? Half the fun is the cliffhangers and the waiting a month not knowing what’s going to happen to Alana and Marko and little Hazel. You can still get that feeling a bit because the last page in the last issue of this volume has me looking at new release lists for the next issue every week. 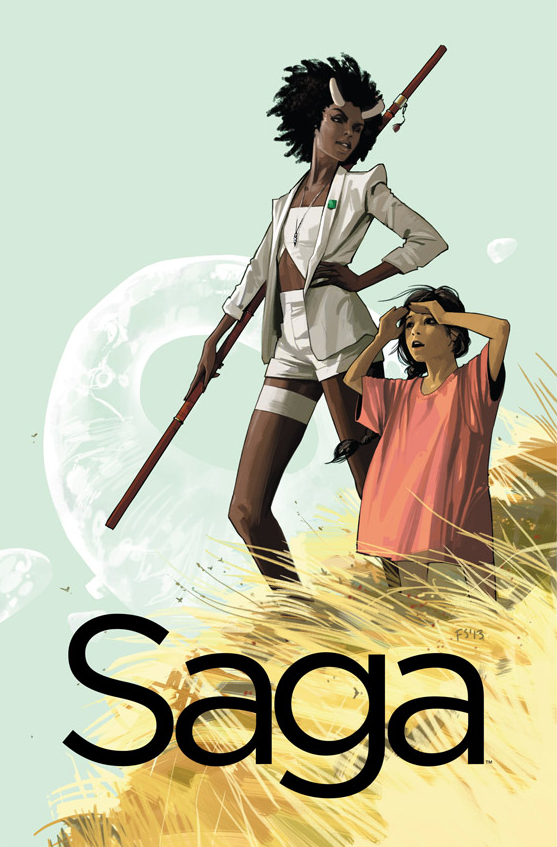 I am NOT picking “Saga” Vol. 3 despite it being my store’s best-selling series and the numerous people who have walked in over the last two weeks asking if it was in yet. Why? Because Saga is simply the best book out there — it’s an obvious choice to me. Picking Saga would be like telling people “Oh, by the way, don’t forget to breathe.”

Buffy the Vampire Slayer: Season 10 #1, Dark Horse. Buffy’s back! And this time the creative team of last year’s standout Whedonverse book (Angel & Faith), Christos Gage and Rebekah Issacs, are helming the title! After the rocky start of Season 8 and the overly cautious approach of Season 9, the chances for this new season of the canon continuation of everyone’s favorite Slayer and Scoobies has a great chance to just NAIL everything. While a lot went down over the last two series, I’m confident it will all be laid out well in this first issue of Season 10, so if you’re a Buffy fan who never got into the comics, this is the perfect place!

Noah, Image. Darren Aronofsky is a master storyteller and anyone who read his “The Fountain” tie-in book with the legendary Kent Williams knows that he can handle the medium of comics just as deftly as he does film. Add in co-scripter Ari Handel and modern master Niko Henrichon (“Pride of Baghdad”) on the art and you’ve a book I’m pretty damn excited for.

Zero #6, Image Comics. The trade collecting Zero’s first five issues has been flying off my (and many other retailers’, from what I hear) shelves and now Edward Zero is back! If you haven’t been reading this books you’ve been doing yourself a disservice and missing out on one of the finest espionage comics of all time. For only $12.98 you can pick up the trade and this next issue at any good comic shop and immerse yourself in Ales Kot’s masterful tale of suspense, disillusion, and some of the most visceral action committed to comic pages in recent years. (Collector note: Like most issues of Zero, this book has multiple covers but NONE of them are incentive or limited. Retailers could order as many as possible and, at the time of this writing, they are all still available from Diamond so DON’T PAY EXTRA FOR A “SPECIAL” COVER!) 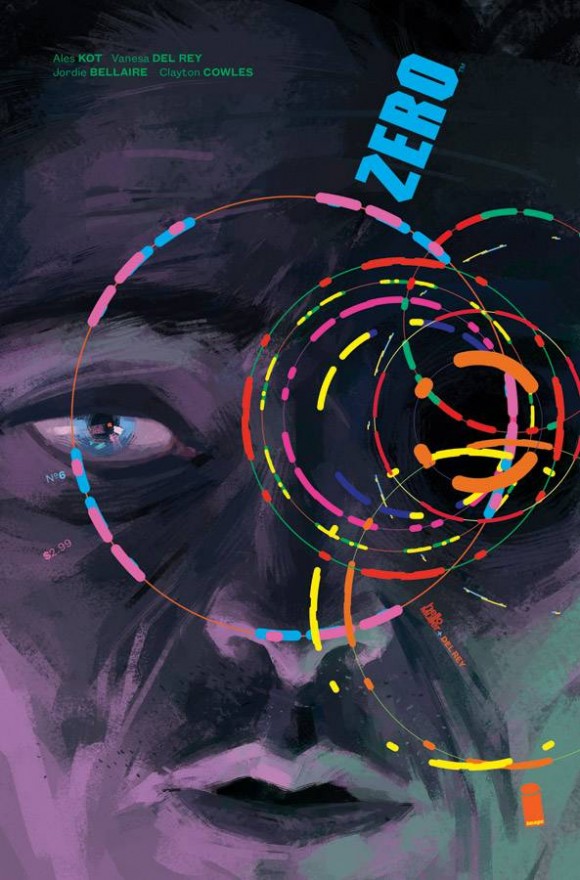 “Nemo: The Roses of Berlin,” hardcover, Top Shelf Productions. Alan Moore and Kevin O’Neill return to the world of League of Extraordinary Gentlemen with this follow up to “Nemo: Heart of Ice.” In this story, Nemo has to fight an evil League counterpart called the Twilight Heroes to save her family in World War II-era Berlin. How will it play out? It’s Alan Moore so I imagine spectacularly, bordering on over-my-head. Either way, I can’t wait. 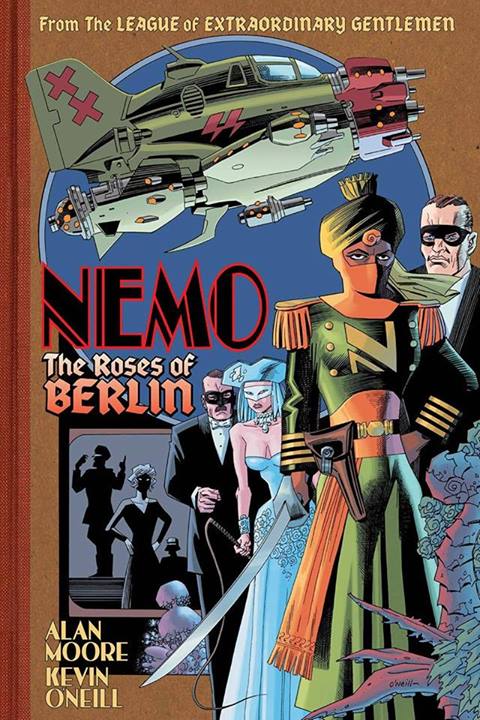