Yet another tough week! Here’s hoping some of my fellow retailers mentioned Capture Creatures #1, Zenith Volume 2, Ray Bradbury’s Shadow Show #1 and ODY-C #1 (really not worried about that last one…). But here’s the stuff that I can’t leave out, even if others went there:

Toe Tag Riot #1, Black Mask Studios. This wonderful little Kickstarted book by Matt Miner and Sean Von Gorman pits zombie punks against the Westboro Baptist Church and other hate-mongers. Miner is a writer on the rise, whose work always features strong social messages and von Gorman’s art is just perfect for this serious yet silly romp about love. You can also see the creators at MANY comic shops this week — including Escape Pod Comics where they’re going to be part of our monthly Cosplay Sunday! Details here! 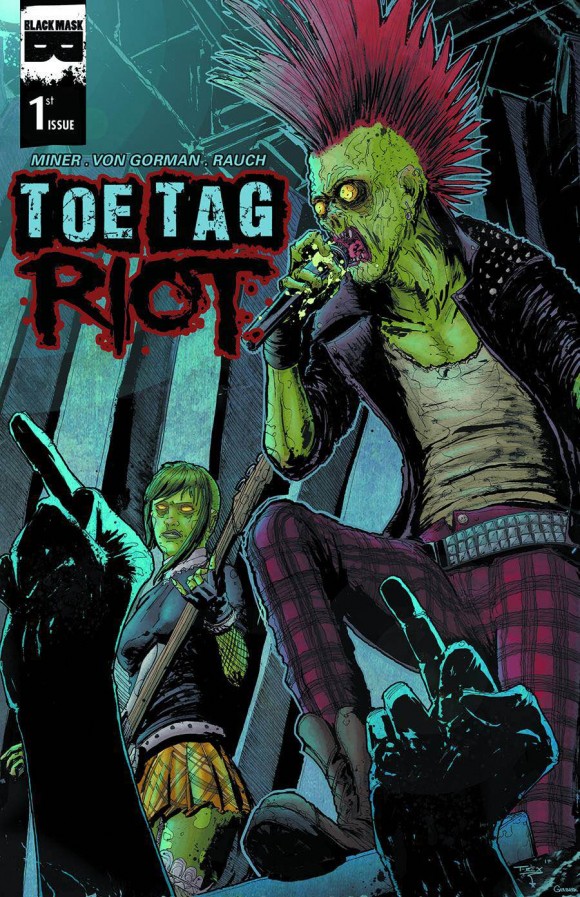 Brass Sun Vol. 1, 2000 AD. Been reading this series since it started and LOVING it. INJ Culbard, of course, is reason enough but the perfectly paced action/adventure set in a world that can best be described as magically scientific is enough to make this one of my favorite books in recent time.

Grindhouse: Doors Open at Midnight Vol. 2, Dark Horse Comics. If I’m honest with myself, I have to say that the first half of this Grindhouse series was more fun for me. The second half, though, has the more stunning art. Both Bride of Blood (drawn by Frederica Manfredi) and Flesh Feast of the Devil Doll (art by Gary Erskine) are a delight for the eyes, the gore flowing in heavy profusion and the paneling laying out the action in just the right style. If you missed the single issues, pick this bad boy up!

Little Nemo: Dream Another Dream, Locust Moon Comics. This Sunday Funnies-sized anthology is a veritable who’s who of comics artists, each getting a page or two to cover the genius that was Winsor McCay’s Little Nemo — one of the finest Sunday comics ever produced. Now, this is a freaking HUGE book and the price tag ain’t tiny either: Locust Moon (and my shop) have it for $125, but others may charge more. But I can assure you, with work from those like David Mack, J.H. Williams III, Dean Haspiel… You know what? I’m going to include a picture of the table of contents, because I can’t list ALL the amazing artists on it. Definitely worth your money, I promise. 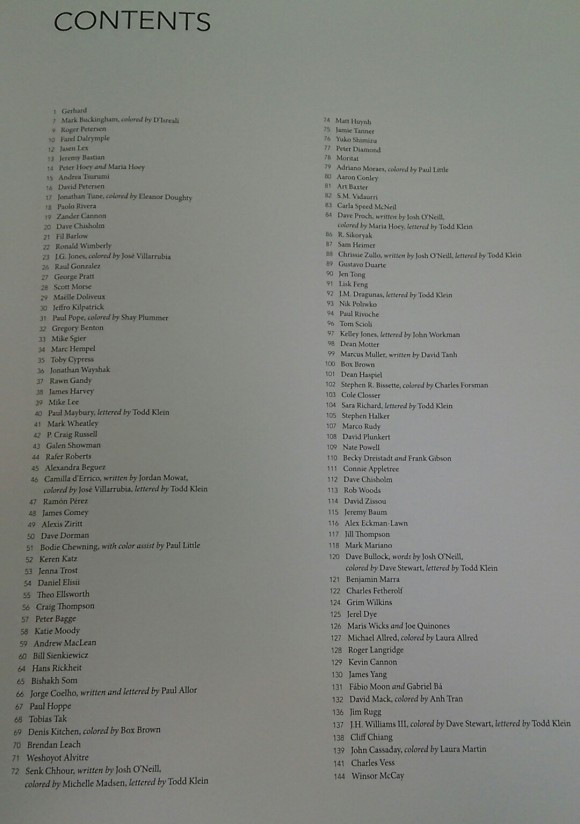 Punk Rock Jesus Deluxe Edition HC, Vertigo. If you haven’t read this story of the cloned second coming of Jesus Christ by way of American Idol and Big Brother, you need to. Containing more than 100 pages of new material, this version is complete and uncut. Everyone wants a piece of Jesus in this book, and so should you! There’s a reason why I sold five copies of Sean Murphy‘s book in three hours — it’s THAT awesome! 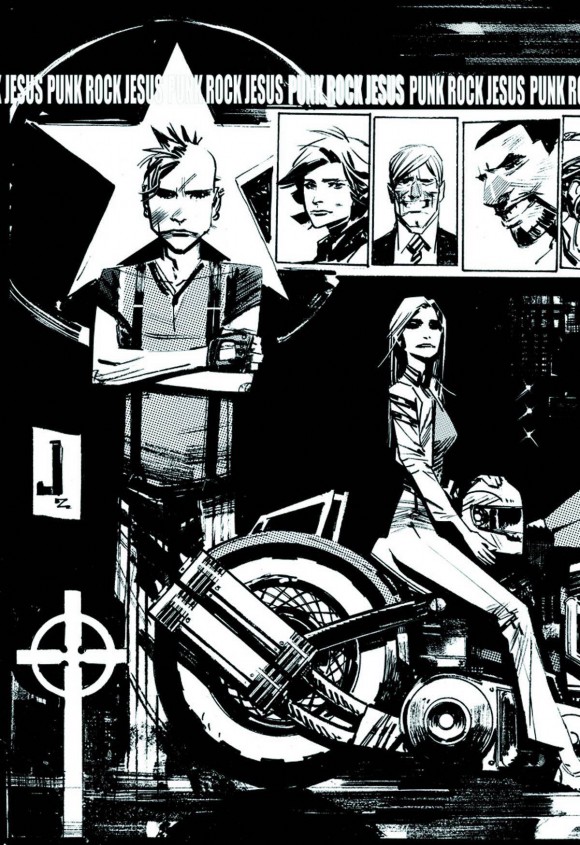 Toe Tag Riot #1, Black Mask Studios. Matt Miner does it again with this new series about a punk band that goes zombie whenever they rock out. While on a cross-country tour, they take on racists, homophobes, misogynists, zombie-haters — your basic dicky people — with all the awesomeness punk zombies can mete out. Bonus: The Westboro Baptist Church accidentally endorsed this book. Erp de derp!

Satoshi Kon’s Opus, Dark Horse. Another graphic novel by the director of Perfect Blue and Paprika!  Did I mention Paprika? Also, don’t forget Tropic of the Sea, which Vertical published in 2013. 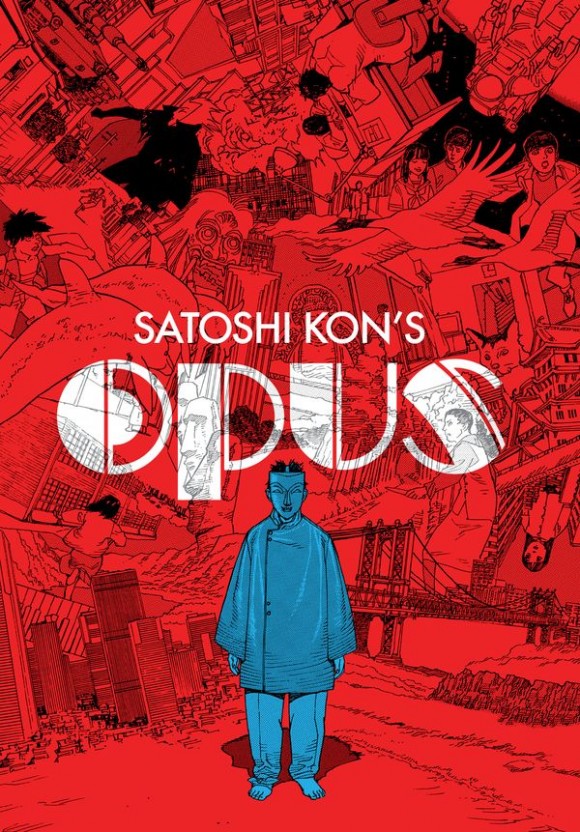 Gotham By Midnight #1, DC Comics. Interesting timing. The Internet tells me Jim Corrigan (the Spectre, not the cop from Gotham Central, just appeared on the TV series Constantine. Anyway, I miss Fell, so I’ll pretend this is double-sized issues with Batman in the background. But seriously, Arkham Manor misfired for us, but I think in a world that apparently needs only Bat-books and JL-books and such from DC, the fringe ones are the most interesting.

ODY-C #1, Image Comics. Whereas last week we had the Matt Fraction who writes Casanova, which is fun and strange but so strange a lot of people skip it, this is probably closer to Sex Criminals and Hawkeye Matt Fraction.  Read that online preview story and decide for yourself! Anyway, love the issue #1 cover. Color! Design!

Honorable Mention from about two weeks back: By the time you read this, Raul the Third will have signed at Hub Comics for his new graphic novel, Lowriders in Space.  Fun!

Late Child and Other Animals HC, Fantagraphics. A couple weeks ago on the Midtown Comics Podcast (Episode 017) we had Marguerite Van Cook and James Romberger on the show discussing this book. I fell in love with both of them and the book itself. Even though I got a chance to read it before it’s release date this Wednesday I will be picking it up in print for sure. The story is an autobiographical story about Marguerite and her mother Hetty and it should be read slowly to let the art and story to soak in.

Batman Eternal Vol. TP Vol. 1, DC Comics. The first 20 issues of the weekly Batman book is collected. While you won’t the get the suspense of waiting a week to see what happens next (something I actually prefer), you do get a chance to read it all once. Either way it’s going to be very enjoyable. Not only do you get the return of Stephanie Brown, the man behind the attempt to take down Batman was quite a surprise to me.

ODY-C #1, Image. This book flew under my radar but caught my eye with who is writing it and Matt Fraction has never disappointed me. From the cover, I’m getting a 2001: A Space Odyssey vibe and that can only be a good thing. 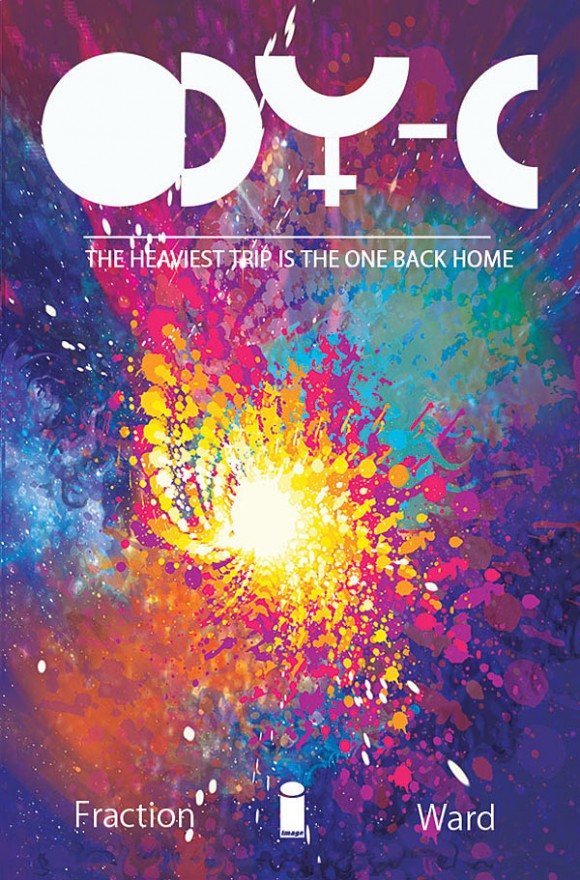