EDITOR’S NOTE: Hey, guys, I’m not a public-health expert, so we make these HOT PICKS recommendations without urging you to go to the store. I’m not sure what’s appropriate right now, but you might want to call them about putting books aside and offer to pay up front, so they don’t end up eating the comics. Or if your store has mailing options, you might want to look into that too. Do what you can to support your favorite store (buy a gift certificate for a later visit?) but do stay safe. There’s always the digital route if you just have to stay up to date but call your shop and ask how best you can remain a loyal customer in a time of crisis. Supporting small businesses is important in these uncertain economic times.

Robin 80th Anniversary 100-Page Super Spectacular, DC. We’ve been covering this quite a bit, so it was inevitable it’d top my list. My only question is how many covers I’m getting. I don’t generally like buying multiples but there are least three I really dig – by Jim Lee, Kaare Andrews and Lee Weeks. (By the way, click here for our ROBIN WEEK index of features. You’ll dig it.) 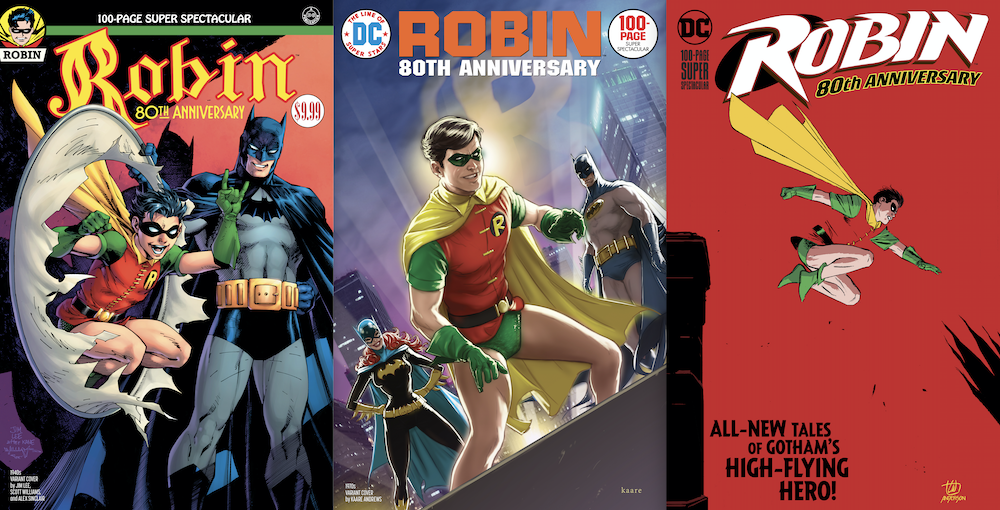 Marvels 25th Anniversary HC, Marvel. We all have gaps, right? One of mine is that I’ve never read this tour de force by Kurt Busiek and Alex Ross. This edition includes Marvels #0-4, Marvels Epilogue, Marvels 25th tribute variants and material from Marvels Annotated #1-4. Lists for $50. 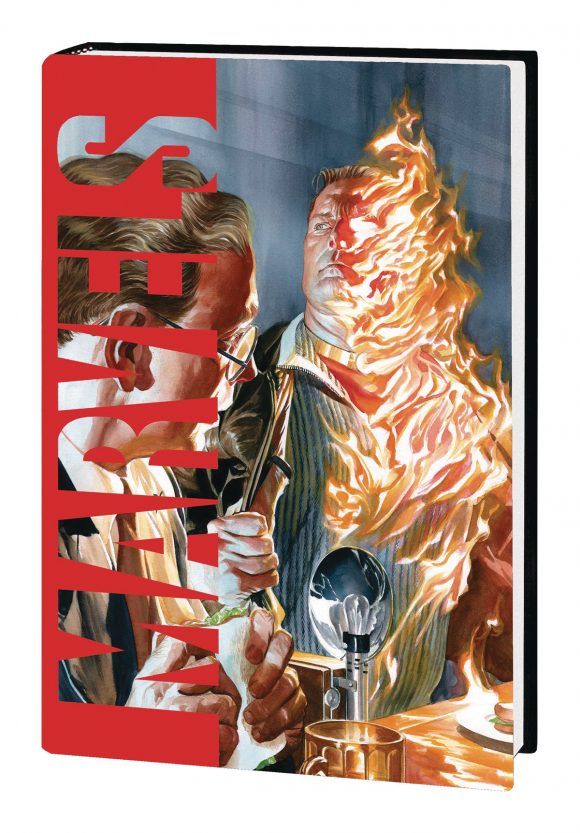 Dragonfly and Dragonflyman #5, AHOY Comics. Completing the lastest installement of one of smartest, slyest comics on the market today. By Tom Peyer, Peter Krause and co. Cover by Jamal Igle. 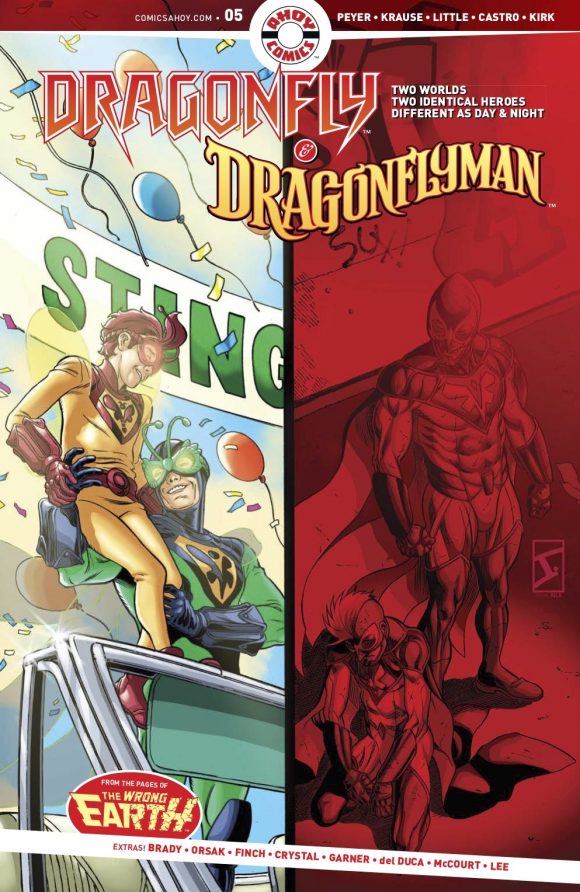 The Brave and the Bold #28 Facsimile Edition, DC. The first appearance of the JLA in its first complete reprint edition – ads and all. (At least as far as I can tell.) Hey, guess which hero was the first to show up in the story. Click here for an EXCLUSIVE INSIDE LOOK. 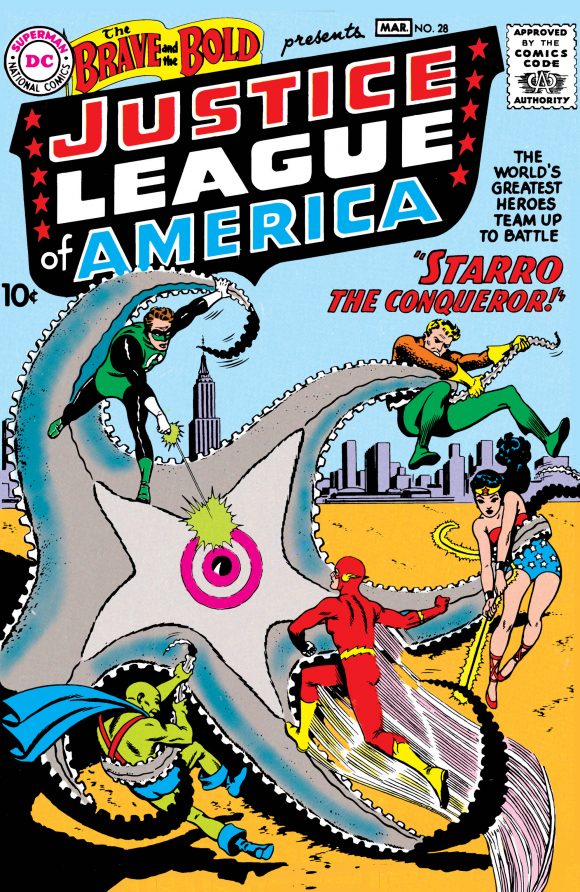 Batman: Universe HC, DC. The most fun I’ve had reading a Batman comic in a very long time, this six-issue story by Brian Michael Bendis and Nick Derington was first published in the Walmart Giants, then in a mini at comics shops. The Brave and the Bold-ish series is worth it on the strength of the Batman/Nightwing team-up issue alone. The ending isn’t quite as satisfying as I wanted but on the whole it’s a loving tour of the DC Universe from Batman’s perspective. 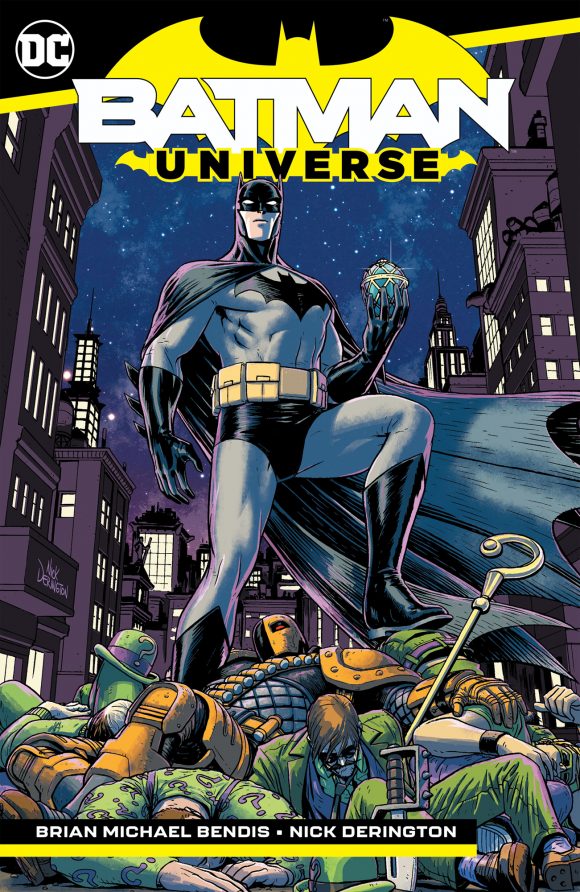 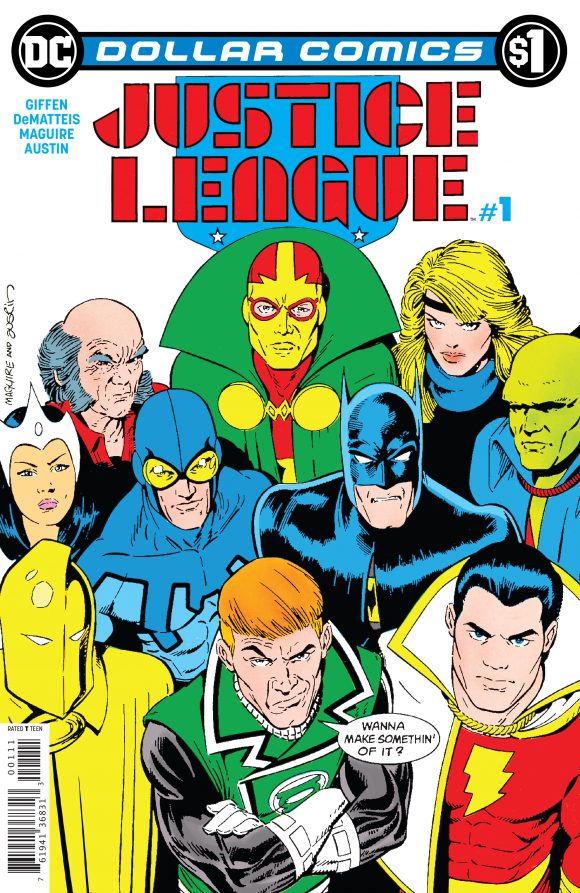 True Believers — Empyre: Swordsman, Marvel. Dollar reprint of The Avengers #19, by Lee, Heck and Ayers, with a Kirby, Heck and Giacoia cover. 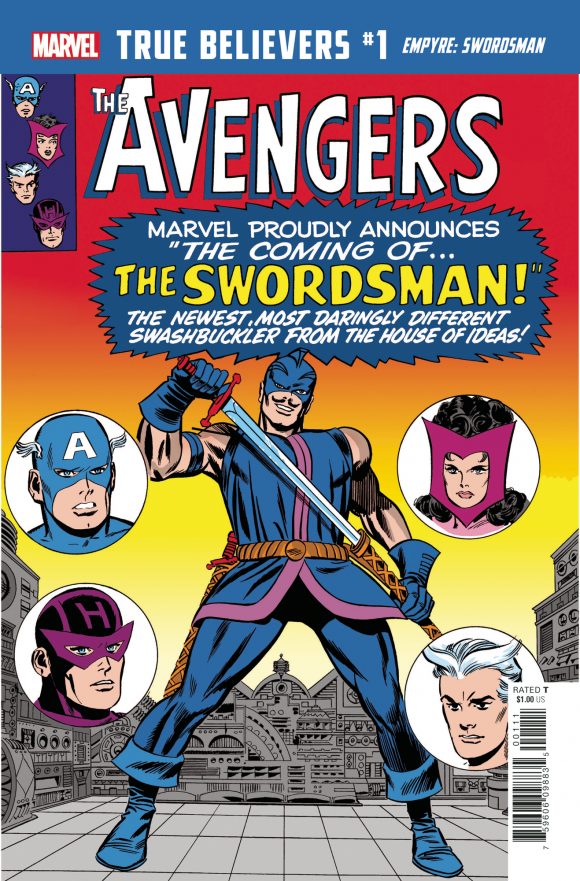 Batman Allies: Alfred Pennyworth, DC Comics. Celebrating… what, his death, I guess? A little morose, but I’ll take a nice collection of Alfred-focused stories anytime. (Click here for How Fans Reacted to THE DEATH OF ALFRED — The First Time Around.) 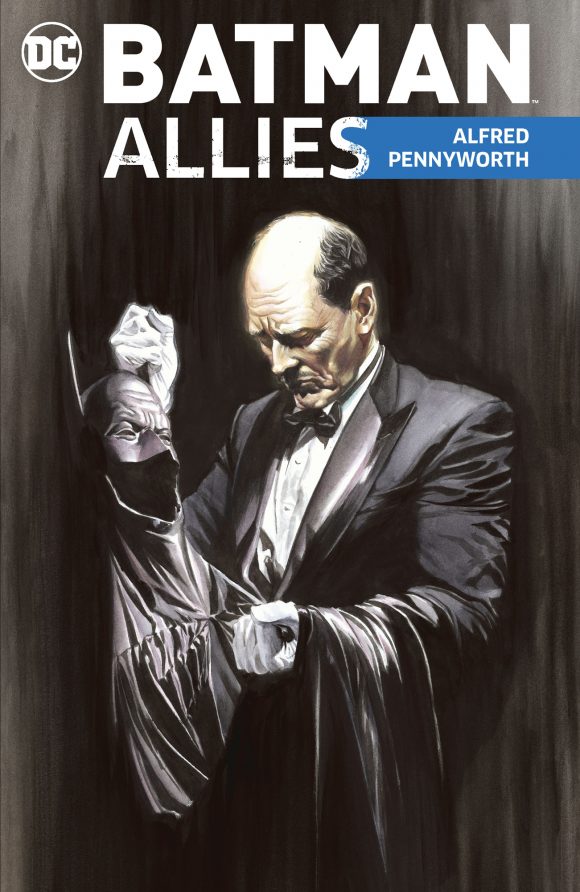 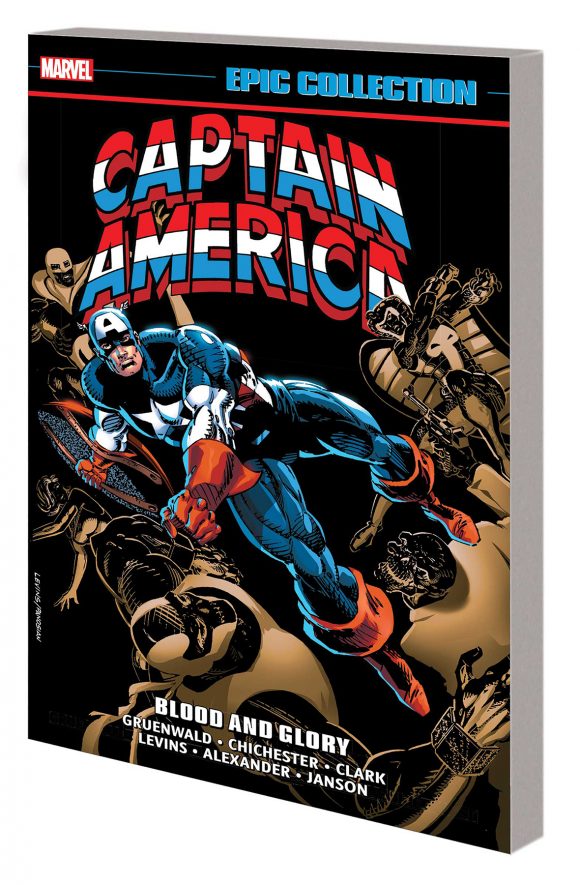 Wonder Woman: The Golden Age Omnibus, Vol. 4, DC Comics. I know these omnibi are pricey but I just can’t resist the one-of-a-kind weirdness that was William Moulton Marston and H.G. Peter on Wonder Woman. 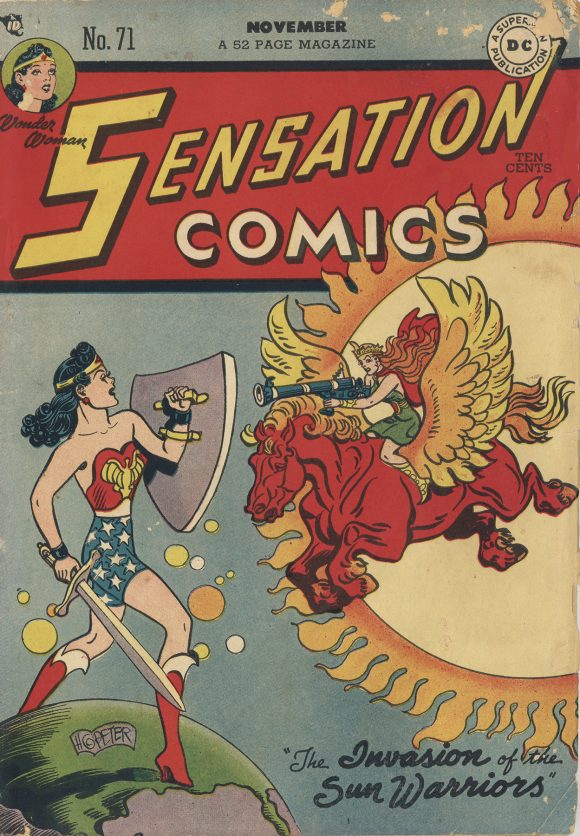 Marvel Masterworks: Dazzler Vol .1, Marvel. I know it’s a stretch calling Dazzler a “Masterwork,” but it’ll still be nice to get Alison’s first year or so in a high-quality format. Plus, she fights Galactus. No, really. 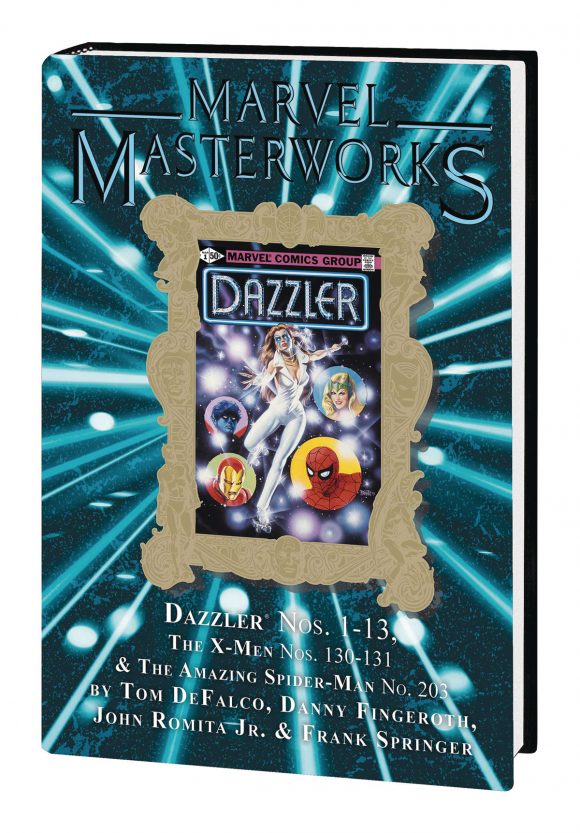