You may or may not be aware that recently DC Comics, via writer Tom King, killed off Alfred Pennyworth at the hands of Bane. And that on Wednesday (Feb. 12), there’s a special that celebrates the legacy of the ultimate gentleman’s gentleman — Batman: Pennyworth R.I.P., by a variety of writers and artists.

You also may or may not be aware that I’ve devoted only the tiniest amount of digital ink to this. That’s not a knock on DC’s publishing choices, or an indictment of grim-and-gritty modern comics, or even plain ol’ pearl-clutching. 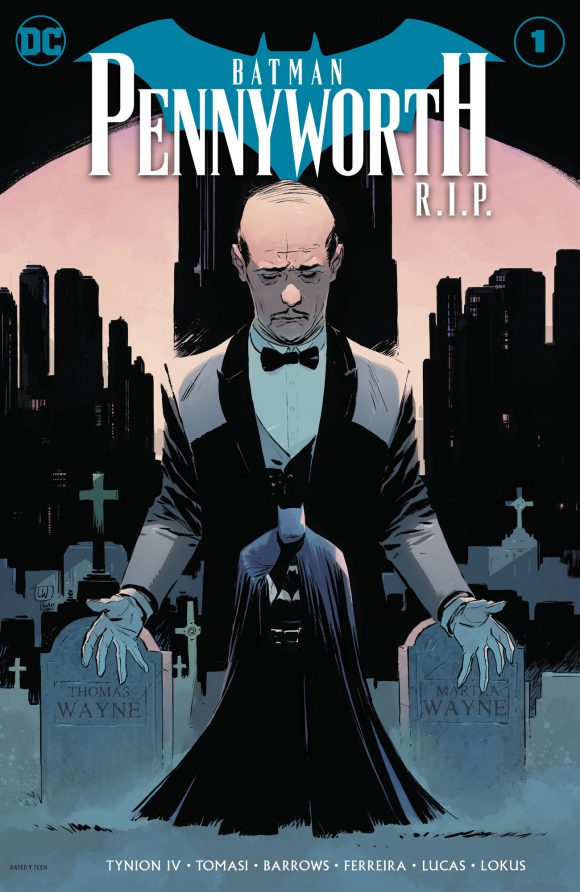 It’s just that not for a second do I believe that Alfred will remain dead. Everyone involved may insist that’s the case but times change and nobody in comics stays dead forever — not even Thomas Wayne, Jor-El, Gwen Stacy or Uncle Ben, depending on what universe you’re talking about. And characters especially don’t stay dead when they have a new TV show coming up or will be a prominent part of another cinematic reboot. 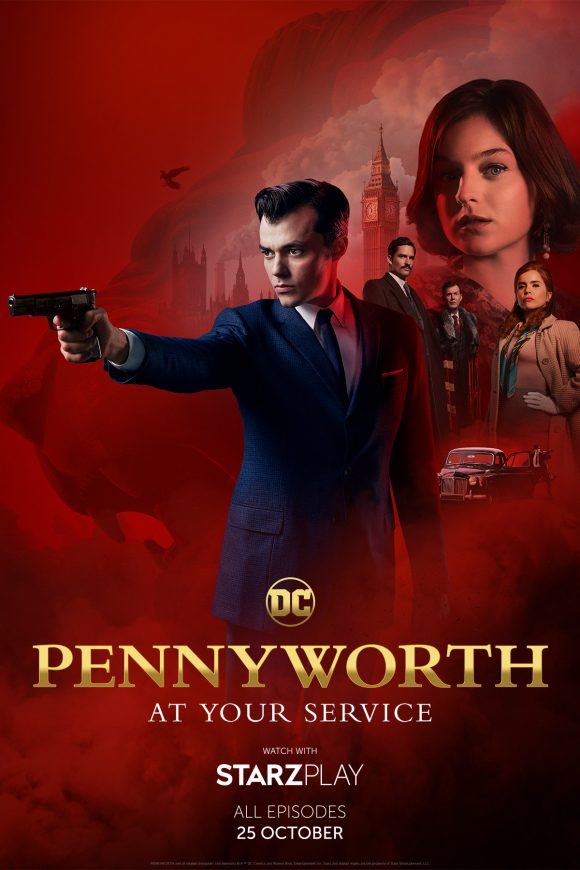 Alfred is gone now, sure. But he’ll be back, whether it takes a year, or five or 10.

And, of course, this has happened before — 1964, to be precise: Editor Julius Schwartz was brought on to shake up the world of the Caped Crusader and one of his first decisions was to introduce Aunt Harriet, who was a much more capable and shrewd version than the one later shown on TV.

“Now at the time that I was asked to take over Batman, DC had already taken a lot of heat from Dr. Fredric Wertham with his book Seduction of the Innocent,” Schwartz wrote in his 2000 autobiography Man of Two Worlds. “Wertham maintained that comics were harmful to kids, and one of the things that came up was about how ‘unnatural’ the living arrangements were at Wayne Manor — what he construed as basically a household of three unmarried males — and the self-proclaimed expert raised unfounded questions about what might really be going on.

“So I decided to bring a woman into the household, a spinster aunt of Dick ‘Robin’ Grayson, who could possibly be seen as a sort of chaperoning den mother… and to provide an excuse for this, I decided that I would have Alfred the butler killed off,” Schwartz added. “Now, I probably could have brought a woman into the mix some other way — a marriage, a sister, another ward, or something — but, honestly, the first idea that crossed my mind was to kill off Alfred. And as was usual for me, my first inclination always seemed to be the best way to go.”

And who did Schwartz enlist to write this landmark story? Why, Bill Finger, one of Alfred’s creators. 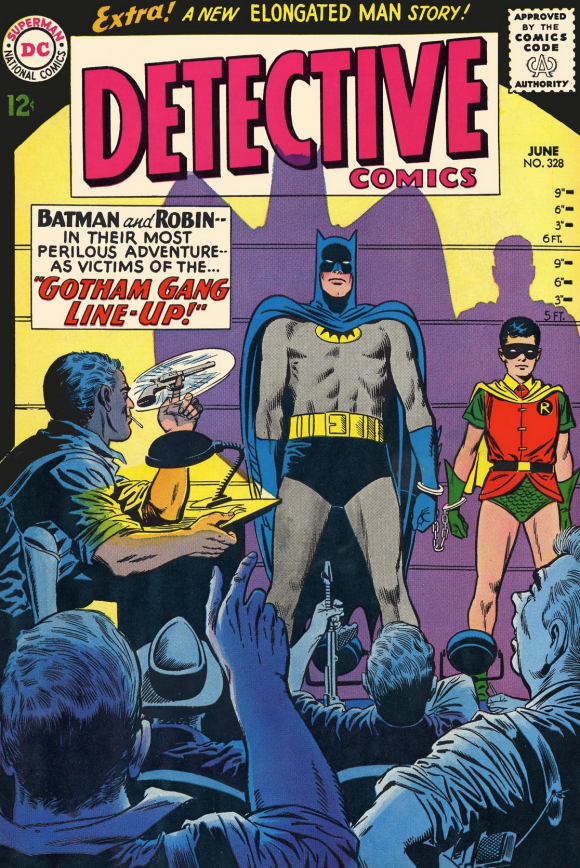 The big drama unfolded in Detective Comics #328’s Gotham Gang Line-Up!, which came out a month after the debut of Batman’s “New Look” that featured a tweaked costume for the Caped Crusader (hello, yellow oval), updated artistic styling, and other modern trappings. At the climax of #328, illustrated by Sheldon Moldoff and Joe Giella, a motorcycle-riding Alfred sacrifices himself to save the Dynamic Duo.

There was no last-panel trickery, no deux ex machina. Death had come to Batman’s inner circle for the first time since Dick Grayson’s parents were killed almost 25 years earlier.

As happened years later when Barbara Gordon’s Batgirl arrived on the scene — click here for much more on that — the reaction was swift and strong. 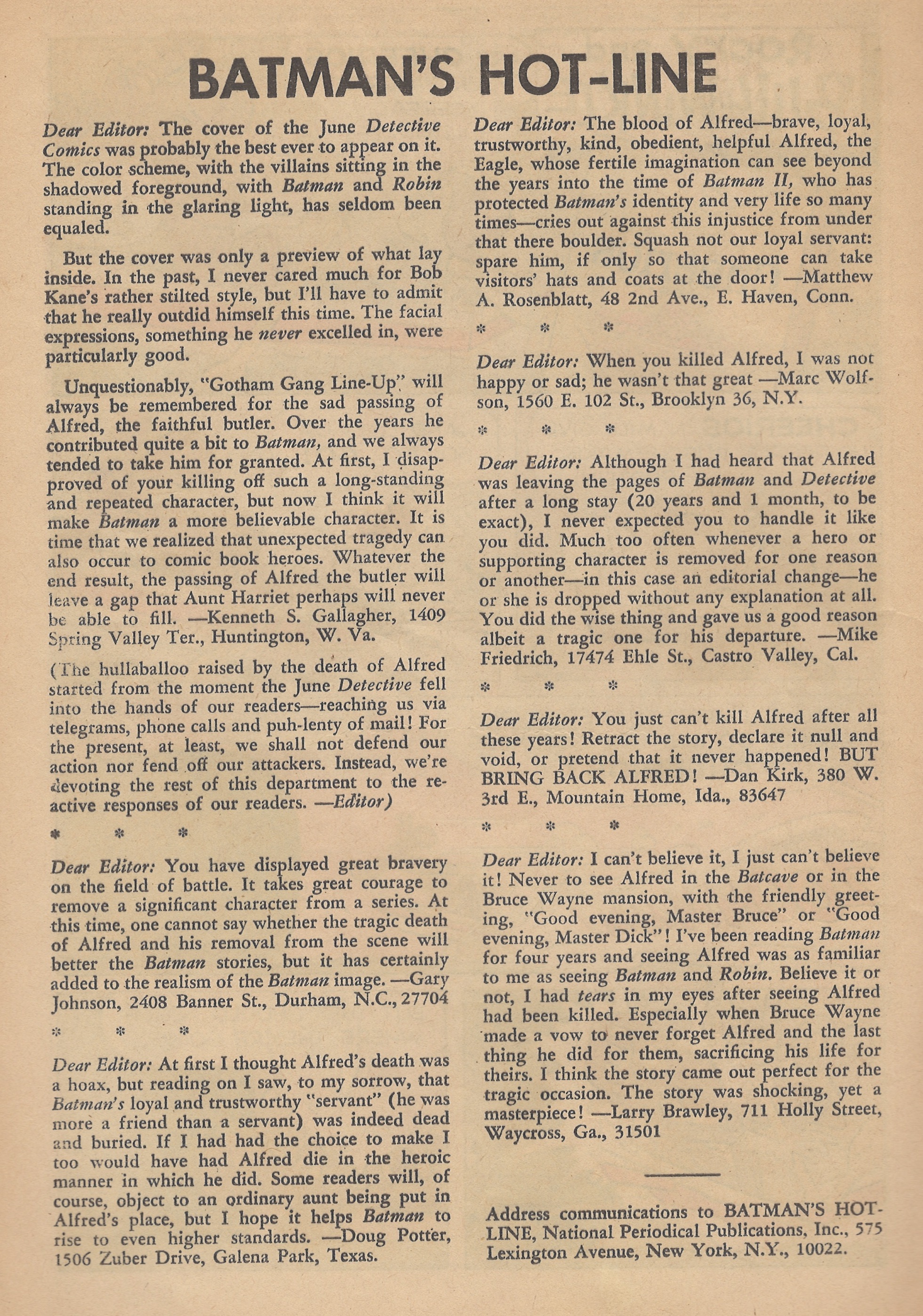 Now, as it happens, Schwartz and DC had no plans to bring Alfred back. This was no elaborate scheme to have some smashing reunion down the road. Instead, Alfred’s revival was down to the power of the cathode-ray tube. But more on that in Part 2.

In any event, Gotham Gang Line-Up! is a landmark of Batman’s Silver Age but like a lot of readers, I didn’t experience it until the 1970s, when it was reprinted as a back-up feature — along with a republished run of subsequent stories — in DC’s giants.

Of course, by then Alfred was already resurrected, but his “death” — and the aforementioned stories that followed — stood out as an elemental chapter in Batman’s life.