Wiiiiiiiide variety, including Edward Scissorhands, Dungeons & Dragons, The Multiversity, and the trade of the fantastic Silver Surfer!

Dungeons & Dragon Legends of Baldur’s Gate #1, IDW. OK. So, Jim Zub is one of my favorite writers. And I know that he is a huge fan of D&D, so coming from a newbie to it, I can’t wait to read this and see his take. I think this is going to be terrific. And Max Dunbar’s art looks amazing! 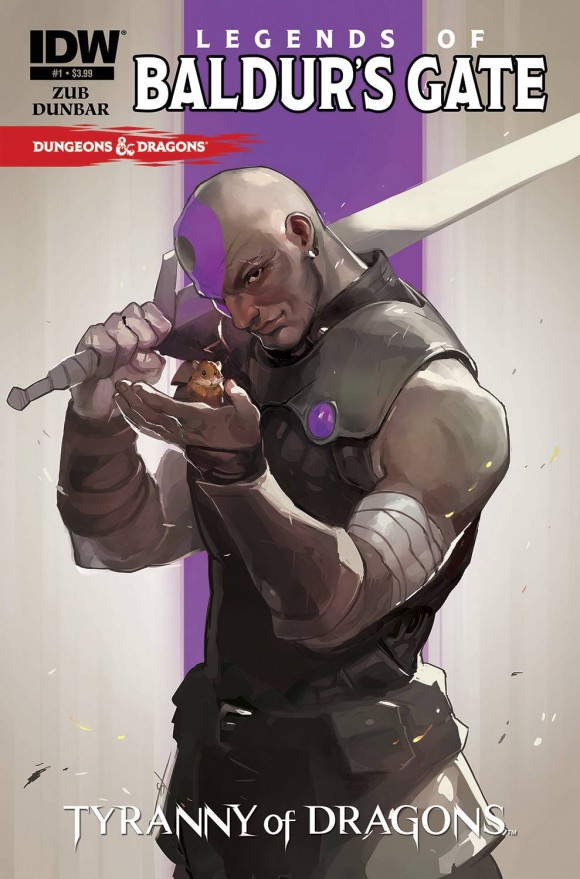 Memetic #1, Image. James Tynion IV may still be up and coming but boy can he write! And this time with help from Eryk Donovan, another newcomer, whose art looks amazing, this looks like another great book! And it doesn’t hurt that it’s all about memes, which totally peaks my interest as an anthropologist. The idea of a weaponized meme? So much for the idea of words not hurting!

Super Secret Crisis War: Cow & Chicken #1, IDW. Yeah, yeah. Another Jim Zub book. However, this one is with Louise Simonson, whom I simply adore. I have been loving these Super Secret Crisis War books and our numbers are steadily increasing! They say comics aren’t just for kids anymore, so I don’t need to explain why I read this … it’s really awesome. Give it a shot if you haven’t. Tons of fun!

Complete Quantum & Woody Classic Omnibus HC, Valiant. Don’t let the $100 price tag dissuade you, this is the best super-hero comic of 1997 and 1998. This often gets called a comedy book, but that misses the point. It’s about relationships, and character. Yes, it’s funny, and yes, it’s got action, but much more than that. Also, this book has all the extra pages from the hard-to-find softcovers and that never-published issue. The new monthly series is OK. Treat yourself to the original. 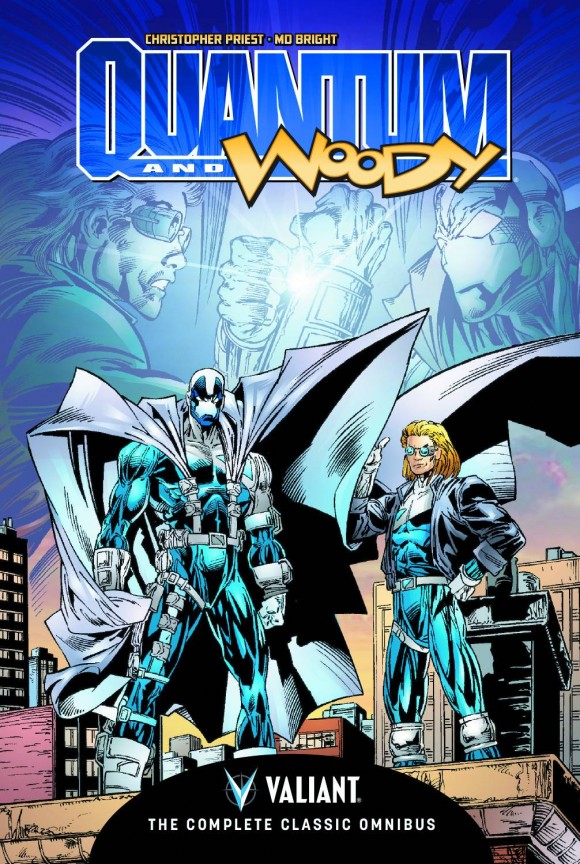 Princess Mononoke First Story HC, Viz. Miyazaki‘s original watercolors from when he was first conceptualizing the animated film, retooled as a storybook.

Catwoman #35, DC.  After Gotham Academy #1 and Batgirl #35, I’m willing to give DC another shot at turning around the dreary New 52. New writer/novelist/A.V. Club columnist Genevieve Valentine and new artist Garry Brown (The Massive) retool Selina Kyle as a kingpin of crime. Brown has really lost me on The Massive — his last 10 issues have looked rushed, maybe doubling up on that and Iron Patriot was too much.  But I liked his early issues, so somewhere in there is an artist I’m rooting for, so I’ll give this a shot. Striking Jae Lee cover, though! (No background, as ever, though!)

Arkham Manor #1, DC Comics. Where are your Batmanners?! *insert Muttley laugh* When the displaced inmates of Arkham Asylum are being murdered, what’s the world’s greatest detective to do? And how dirty will he have to get his hands along the way? A new, dark(er) Batbook by Gerry Duggan and Shawn Crystal. Can Batbooks get darker? These guys’ll let us know!

Edward Scissorhands #1, IDW. An ex-gf of mine was obsessed with this movie and had the filthiest name for it.  Ask me sometime when I’m off the clock.  But I digress… Fan fave and all-around awesome lady Kate Leth brings us to our favorite Frankensomnambulist five decades after the movie’s end. I don’t want to give any spoilers to the hardcore fans out there, but suffice it to say that it’s a story of Edward’s journey of discovery, righting wrongs, and perhaps… love?  *Collective awwww!* 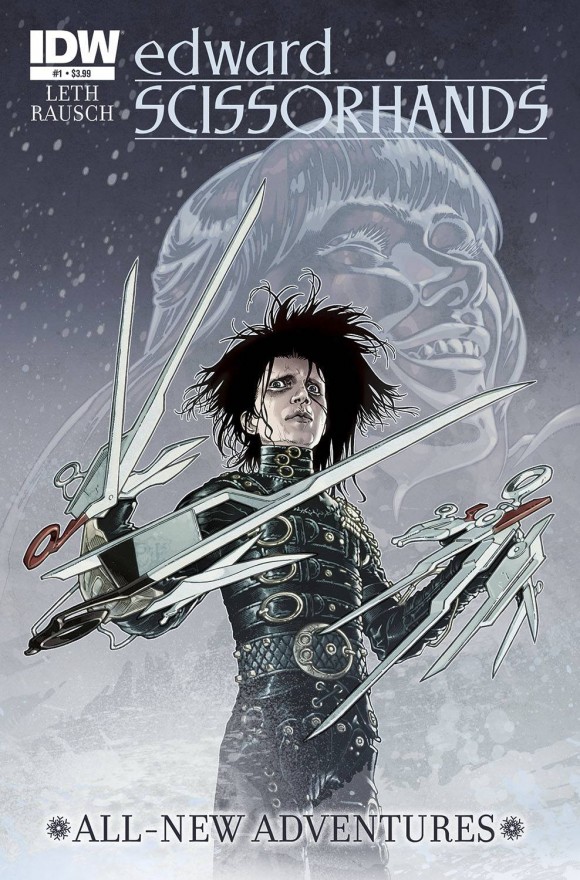 Afterlife with Archie Magazine #1, Archie Comics. Neophytes and completists, this is the comic for you! If you missed out on the first run of Afterlife with Archie, this is the perfect jumping-on point. It’s a reprint of the first issue, plus bonus content AND a new cover! New content and cover… that’s gonna send everyone who bought this in a tizzy. You want it, just buy it. It’s a buck more than the first comic. And try to get a first printing for that cheap! I’ll put it in your pull box and we’ll leave it at that, OK?

Silver Surfer Vol. 1.: A New Dawn, TP, Marvel. Dan Slott is one of the biggest Doctor Who fans that I know. You can tell that in this first collection of his Silver Surfer run. Like the Doctor, he has taken a companion for insane adventures across the universe. This may be the closest thing to the Doctor that Slott gets to write.

Walking Dead #133, Image. I’ve read Walking Dead from the start and #132 was by far the creepiest one I ever read. Halfway through the last issue I thought they were going to jump a huge shark, but it turned out to be one of the most disturbing things ever. Job well done, Robert Kirkman, job well done.

The Multiversity: The Just  #1, DC. Both Multiversity issues by Grant Morrison have been great so far, so I have some good vibes for this issue. From what it looks like, it seems that on this Earth, the heroes have become somewhat like our Kim Kardashians and Paris Hiltons. 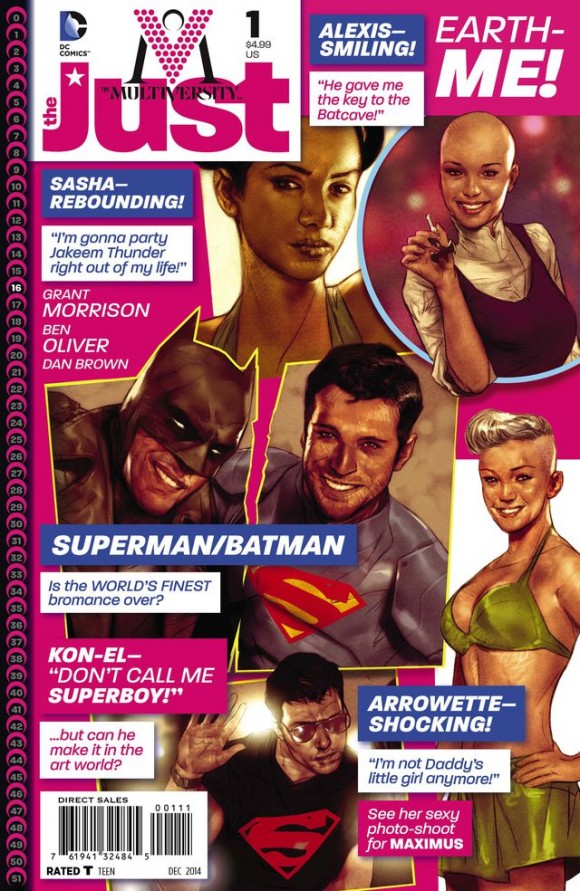 It’s an all-IDW week for me!

Edward Scissorhands #1, IDW. This is a beautiful comic that perfectly captures that wistful Tim Burton sensibility that made the original film work so well. Writer Kate Leth and artist Drew Rausch are doing amazing work here.

Dungeons & Dragons, Legend of Baldur’s Gate #1, IDW. You don’t need to be a longtime D&D player to enjoy this fast-paced sword & sorcery adventure from writer Jim Zub. Funny, exciting and appealingly drawn. A great re-launch for the Dungeons & Dragons franchise at IDW.

Teenage Mutant Ninja Turtles/Ghostbusters #1, IDW. Turtles writer Tom Waltz teams up with the Ghostbusters creative team of Erik Burnham and Dan Schoening to bring one of the most unexpected team-ups ever. This book is just plain fun. 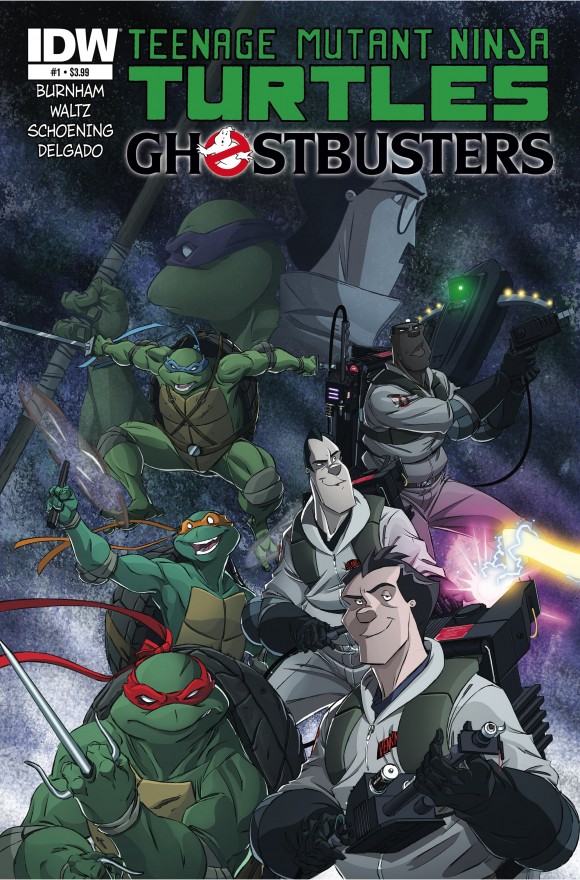 Annotated Sandman Vol. 3, DC. Les Klinger is THE annotator — his Sherlock Holmes work is epic and his Dracula was a thing of beauty but it’s with the Sandman series that he’s really done his best work, mixing the mythical “facts” that bulwark Gaiman’s fantastic fantasy with anecdotes and research about the series’ actual creation, he’s given us a wonderful collection. The B&W printing makes the volumes reasonably priced (20 issues in deluxe hardcover format for $49.99!) and actually make the art look even BETTER in some cases. Pick this up, and get the first two if you don’t have them

Moomin Deluxe Anniversary Edition, Drawn & Quarterly. 100 years after the birth of creator Tove Jansson, the Moomin are still one of the most beloved comic creations around the world. Americans don’t always have as much access to this wonderful whimsical series, despite Drawn & Quarterly’s attempt to get them out here. Well, now you can read the original comic strip that got the whole worldwide phenomenon started — perfect for newcomers and Moomin fanatics, as well.

Silver Surfer Vol. 1: A New Dawn, TP, Marvel. This is the Silver Surfer we need, but I’m not sure the one we deserve. I mean… have we been THAT GOOD?! Mike Allred has always said he dreamnt of doing a Surfer series and I think that’s exactly what we’re getting here: Mike and Laura Allred’s dream of the Silver Surfer — lush, action-packed, human and cosmic at the same time. Writer Dan Slott adds a nice amount of humor to the dialogue as well, making this series one of the most unpretentious and straight-up fun series out there, especially coming out of one of the major companies. If you’ve somehow slept on this book, pick up the trade this week and thank me later. 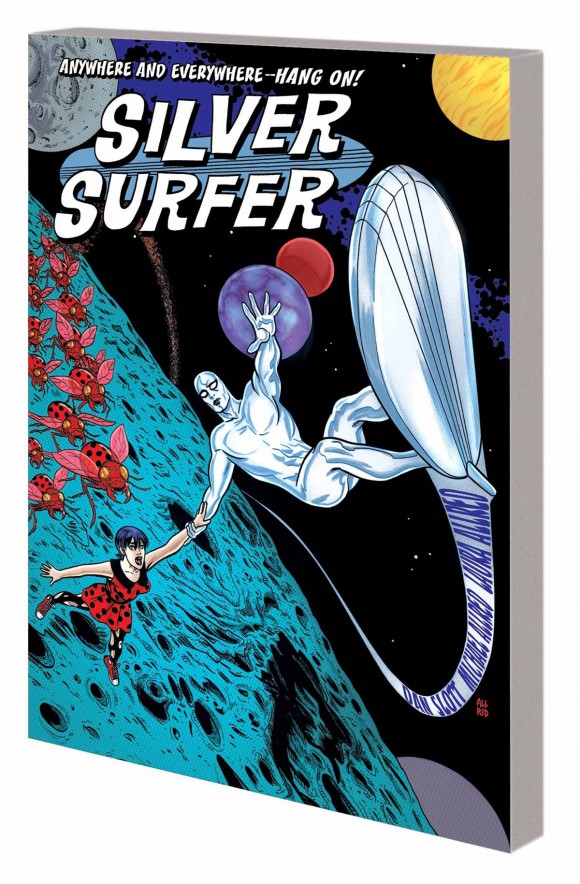 The Multiversity: The Just #1, DC. In a continuation of the controversial Final Crisis, Grant Morrison has delivered us pulp-style action, and a Meta Crisis, one where the reader is participating in the destruction of the universe. Now, he is delivering with the help of artist Ben Oliver, Earth-16, a self obsessed, celebrity-driven world. The heroes have defeated all the major threats and now their spoiled children inherit, well, the spoils. I anticipate this will be the most contemporary superhero story yet. Move over Jupiter’s Legacy, here comes The Just.