Afterlife With Archie #3, Archie Comics. There’s a reason why this book sold out nationwide within a day. Along with The Fox, Archie Comics’ more mature books are ridiculously well done. Definitely not your watered-down zombie book, Afterlife is “Pet Sematary” meets The Walking Dead. It’s smart, dark, and character-driven. Roberto Aguirre-Sacasa and Francesco Francavilla churn out a horror story evocative of classic EC, while striking out on its own. 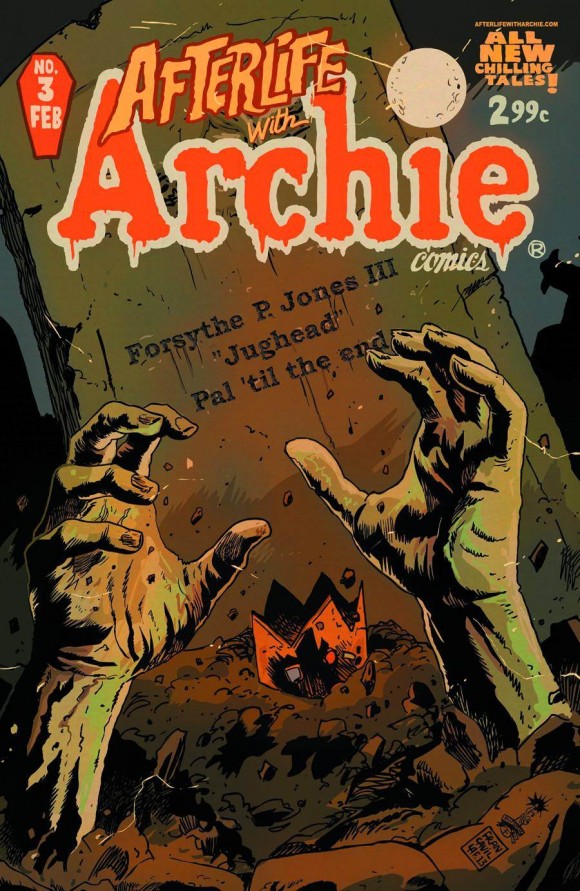 Detective Comics #27, DC Comics. This issue is massive. Literally. Boasting more than a dozen creators and a page count of 96, this “anniversary” issue is the best bang for your buck this week — $7.99, cheap! Along with tribute stories is the start of a new storyline by John Layman and Jason Fabok, “Gothtopia.” It’s not what you think. Bonus: Variant cover by Frank Miller!

Swamp Thing, by Brian K. Vaughn Vol. 1, trade paperback, Vertigo. Oh, BKV, is there nothing you can do wrong? I submit that you cannot. Collecting issues 1-10 of the 2000s-era series and Vertigo Winter’s Edge #3, BKV’s vision follows Swamp Thing and Abigail Arcane’s daughter Tefe Holland as she comes into her own powers and learns how to wield them — for good or for evil, you’ll have to read to find out.

“Batman ’66: The TV Stories,” trade paperback, DC. What can I say? I’m a sucker for the ’66 Batman series. Even though I have read all of these and have them in some form or another, still, having them in a collected volume will be awesome. And how fun will it be watching the episodes after reading the comics? I think I have my Saturday planned! 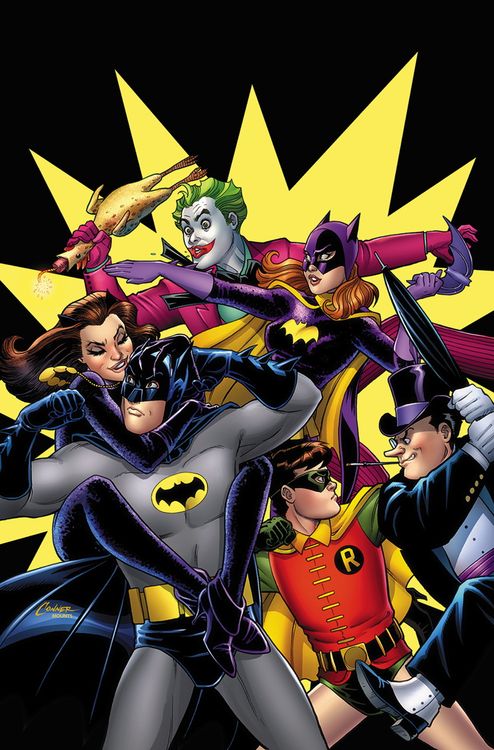 Extinction Parade #4, Avatar. I love anything Max Brooks writes and this series has not disappointed me. At first, I thought it would be just another zombie story but WOW did he prove me wrong! This series is one of the best horror series out there and if you aren’t reading it you are missing out.

Letter 44 #4, Oni Press. This book is quickly becoming one of my favorites. Every time I think I have figured out what is going on, Charles Soule takes a left turn instead of a right and throws all my ideas back into chaos. I can’t wait to find out what the heck these aliens are doing! And the events on Earth are as intriguing as the ones in space. Love this series!

And yes, there were a lot to choose from. I wanted to choose Black Widow, Sex Criminals, Afterlife with Archie.

Action Comics #27, DC Comics. Admittedly, I’m not the hugest Superman fan. It takes a special writer to get the character just right. Greg Pak is one of those writers. What he did with the Action Comics Zero Year tie-in (Issue #25) was one of my favorite comics last year. 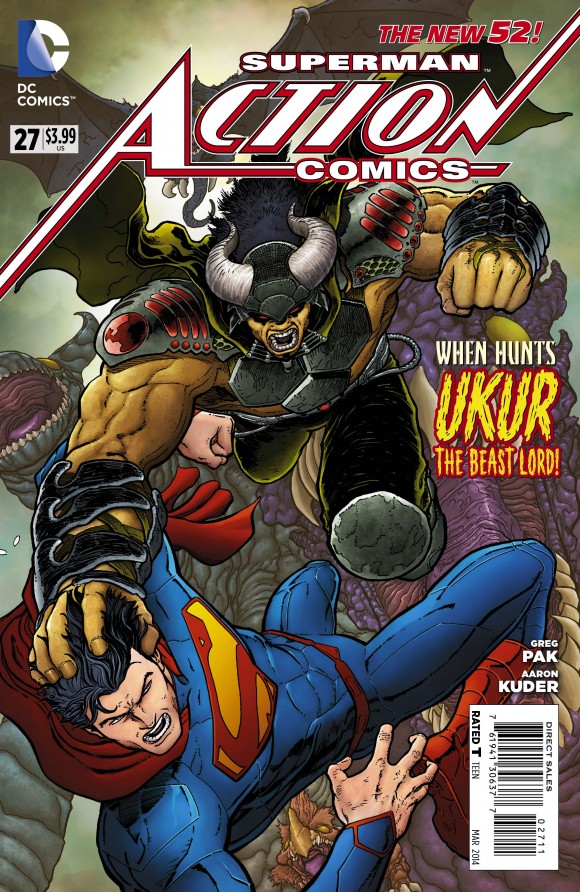 Sex Criminals #1 (4th Printing), Image. Rarely do I suggest people pick up a fourth printing of anything, but this one is a little special. Not only is it a reprint of a super great story, but the cover proves how much love and joy go into the creator-owned series.

Afterlife with Archie #3, Archie Comics. I’ll recommend this every time it comes out. It’s the perfect mix of horror and classic Archie humor.  I would say that the horror isn’t for the stereotypical Archie reader, but I know a 7-year-old girl who buys Archie every week at my store who loves it. So I can safely say it’s for the older crowd as well as the younger readers.

Adventure Time: Flip Side #1, Boom! The folks at Boom! have been doing an amazing job with the Adventure Time property, from the wonderful regular series to the specials to the mini-series to the original graphic novels. Everything they do shows thought, understanding and just the write amount of risk. This new series written by Bandette creators Tobin and Coover and drawn by newcomer Wook Jin Clark is sure to be another home run.

Afterlife with Archie #3, Archie Comics. By far one of the best series out there, if not THE BEST zombie comic coming out right now, this series touches all the right Archie notes as well as providing classic thrills in the style of the old school zombie films. Roberto Aguirre-Sacasa and Francesco Francavilla are killing it on this book… AND IT JUST WON’T DIE!

“Superzelda: The Graphic Life of Zelda Fitzgerald,” SBC Distributors. By far one of the most interesting and iconic characters of the Jazz Age, Zelda Fitzgerald was also one of the finest writers of the 20th century, as well as being married to one of the most famous. This new biographical comic, by Tiziana Lo Porto and Daniele Marotta, looks at the tragic life of this fascinating woman who has been much under-appreciated and misunderstood by most people, who see her only as the albatross around the neck of her more famous husband. 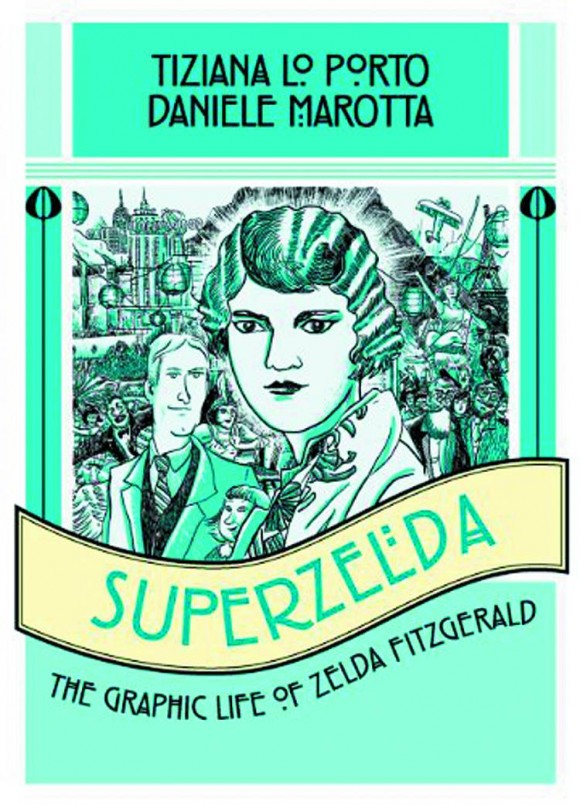 Three #4, Image Comics. In a reversal of Frank Miller’s 300, we don’t see the Spartans as heroic super-soldiers who fight even when the odds are against them; we see them as the oppressive elite over the lower class Helots. The story started with the Spartans slaughtering a house full of weaponless Helots after being offended by one of them, now the story has escalated to a pursuit of three slaves by hundreds of armed and trained soldiers. Though the story hardly has the rock and roll sensibilities that a Zack Snyder movie has, it captures a more empathetic, indie feel thanks to the writing of Kieron Gillen and the art of Ryan Kelly. 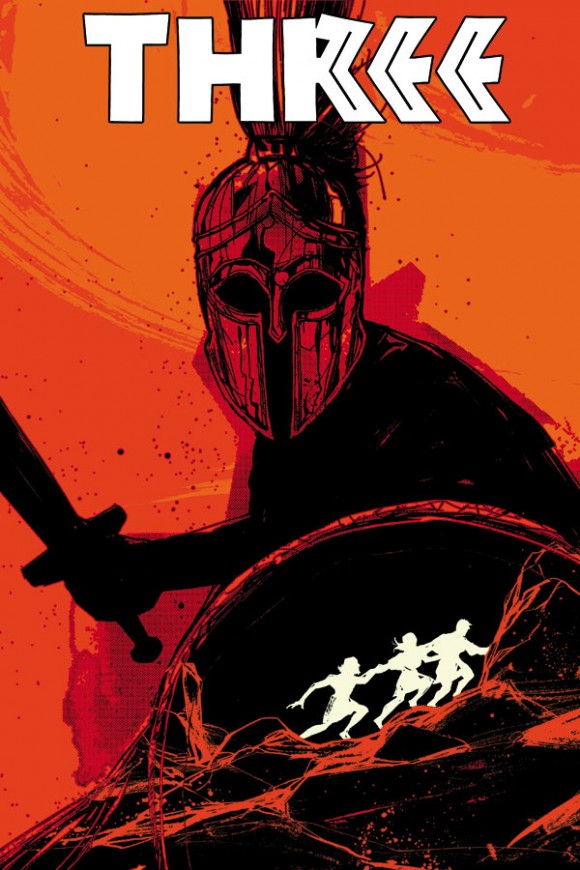