Variety is the spice of life! And comics! Check out what’s hot this week!

Coffin Hill #8, DC. This is the beginning of the second story arc for Coffin Hill. The first one just got better and better as we went along on the journey and I can’t wait to see what’s in store for Eve this time around!

Avengers: Legacy of Thanos trade paperback, Marvel. A story with one of my favorite characters, Monica Rambeau as Captain Marvel. Throw in some Fantastic Four and you have an awesome story. If you haven’t read it, this is one you shouldn’t miss! 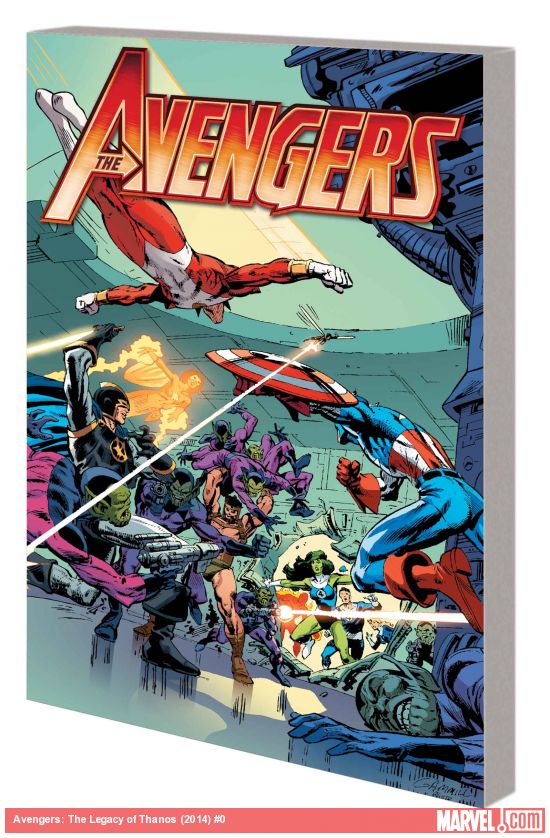 Wildfire, Top Cow. I’ve been looking forward to this book for a while. Researching social issues while putting together the SuperMOOC2 has really piqued my interest in books like this. And with all the talk about genetically modified food lately, this should be a very interesting read.

Photobooth: A Biography, Conundrum Press. Photobooths, once a ubiquitous staple world over, have slowly disappeared over the last few years. In this volume, Meags Fitzgerald creates a biography of these wonderful devices through the eyes of their owners, technicians, and users to highlight why they not only once were but REMAIN important to our society.

Chicacabra, IDW Publishing. Tom Beland of “True Story, Swear to God” fame returns with a complete graphic novel about a Puerto Rican girl who lives a perfectly normal life, except for the fact that she’s got a ruthless killing machine living inside her. Wacky but meaningful stories are exactly what Beland excels at and this looks like yet another success!

Amazing Spider-Man #1.2: Learning to Crawl, Marvel. Dan Slott and Ramon Perez’s retelling of the days between Amazing Fantasy #15 and Amazing Spider-Man #1 is nothing that hasn’t been done before — showing us those early days of Peter Parker’s career with a modern flair. But it’s never been done this well. Seriously, I must have read dozens of these kinds of stories and NONE has been as well done as this. Slott’s writing is pitch perfect and Perez’s art is a moving and masterful ode to some of Steve Ditko’s most memorable work. Far and away the best Spider book out right now, bar none. 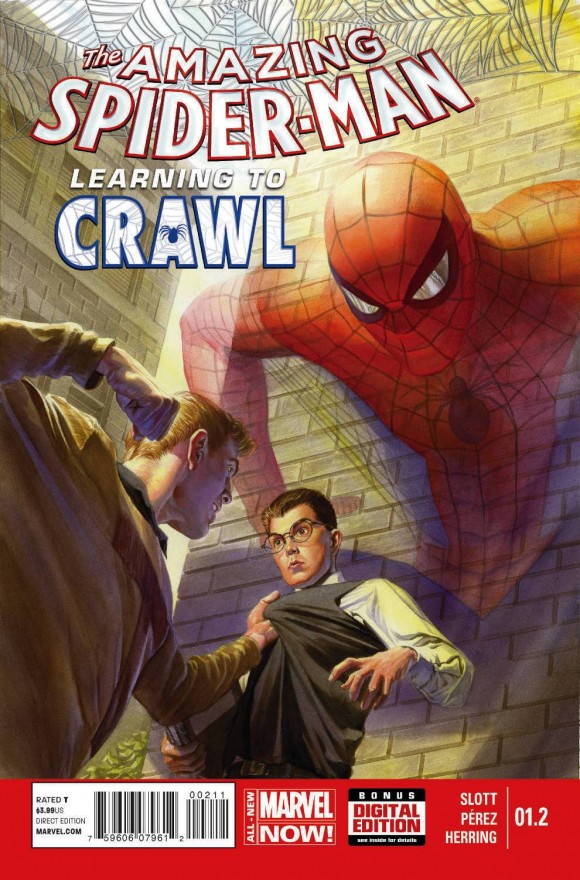 Lumberjanes #3, Boom! Studios. This issue is girl camp vs. boy camp! Haven’t heard of this series? It’s like Buffy meets Battling Boy as a group of monster-whupping punky teen girls go off to have their best year at summer camp. Ever! Missed the first issue?  Not to worry, the second printing is out today too!

Jim Henson’s Dark Crystal, Boom! Studios. I’d be completely remiss if I didn’t include a little Jim Henson this week. This novelization of the movie contains illustrations by Brian Froud and notes by Jim Henson, and is the perfect follow-up to the novelization of Labyrinth. Gorgeous little hardcover, only 20 clams!  Get your faeries and skeksis on! (For Aimee’s touching remembrance of John Henson, click here.) 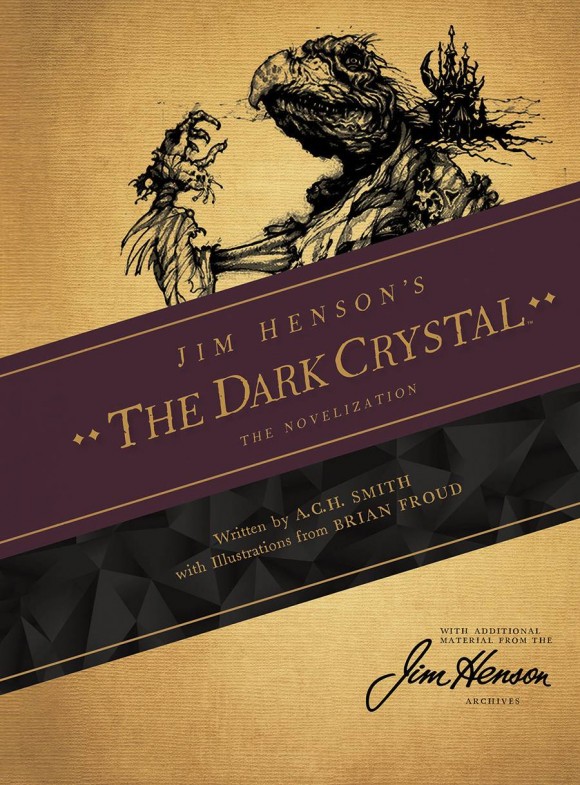 Thor: God of Thunder, Vol 2: Godbomb, trade paperback, Marvel. We’ve always had a hard time selling Thor GNs, no matter how much we push “The Mighty Avenger” or how front-and-center the Simonson and Fraction books were the week of The Dark World‘s release. People just don’t buy Thor books. Until this one. Volume 1 has been a steady seller, and the monthly series outsells Avengers and New Avengers. Because it’s great. 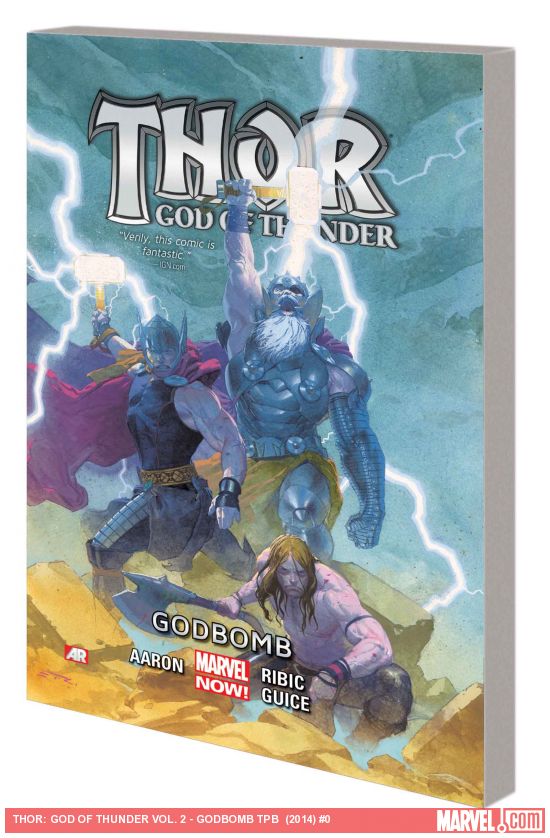 That’s Because You’re A Robot, (One-Shot), Image Comics. By David Quantick, writer on HBO’s Veep, and The Bulletproof Coffin‘s Shaky Kane (that’s an artist, not a character). Weird and awesome-looking.

Lumberjanes #3, Boom! Studios. This is a series that I wish I could give to every little child that comes into the store to introduce them to comics. I have even contemplated buying lots of issues and giving them out, but in this day and age that would come off odd. What writer Noelle Stevenson and artist Brooke Allen have created is the most fun and perfect comic that I have read in a long time. The story follows Jo, April, Molly and Ripley. A group of friends who are having the best summer camp ever. From fighting three-eyed wolves to battling giant falcons these girls know how to do a good job of it. 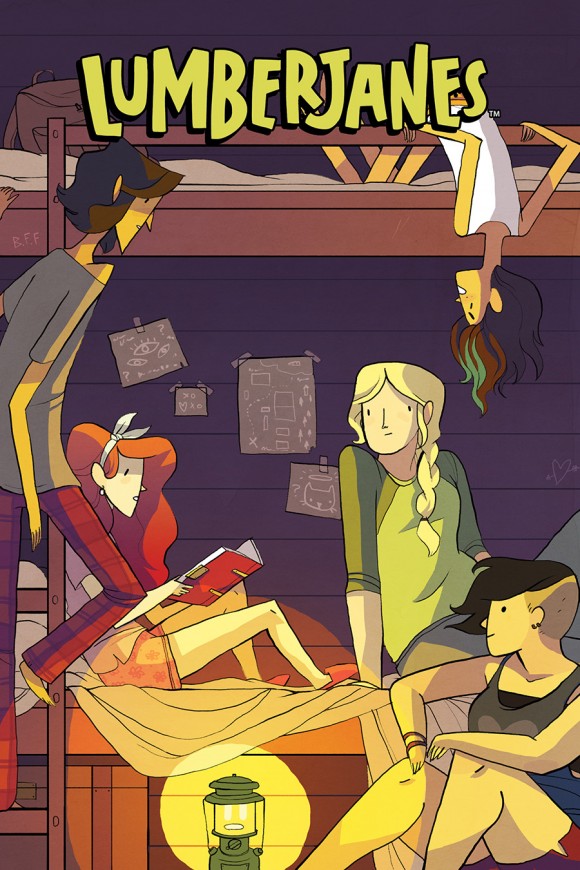 Armor Hunters, Valiant. A company-wide event kicks off. The Armor Hunters have arrived on Earth and need to cleanse the planet of the X-O armor that has caused universe-wide devastation. Why don’t we just hand it to them? What will the Renegades, Bloodshot, Archer and Armstrong and team Unity have to say about this? I got the answers but only from someone who speaks in Batman ’66-ese: “Clank! Glurpp! Whamm! Vronk! Zlott!”  That means there’s going to be lots of action, folks! 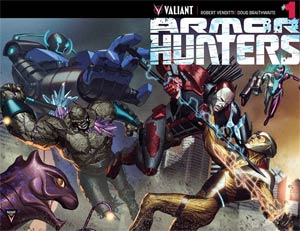