Like Afterlife With Archie last week, it was almost a clean sweep for Miracleman! Alas. But Mark Waid’s back with the Hot Picks crew, giving his recommendations:

Miracleman #1, Marvel. This will be a hit no matter how you slice it, and I’ll recommend it to any and all, but I’m really eager to hear what our college-age customers have to say about it. Yes, I know it as groundbreaking and revolutionary, but that’s because I read it almost 30 years ago. Now that so many of Miracleman’s unique elements and developments have been been pilfered and reused hundreds and hundreds of times to the point where most of writer Alan Moore’s innovations have now become part of the everyday comics language, will it still have impact? Very curious to see. 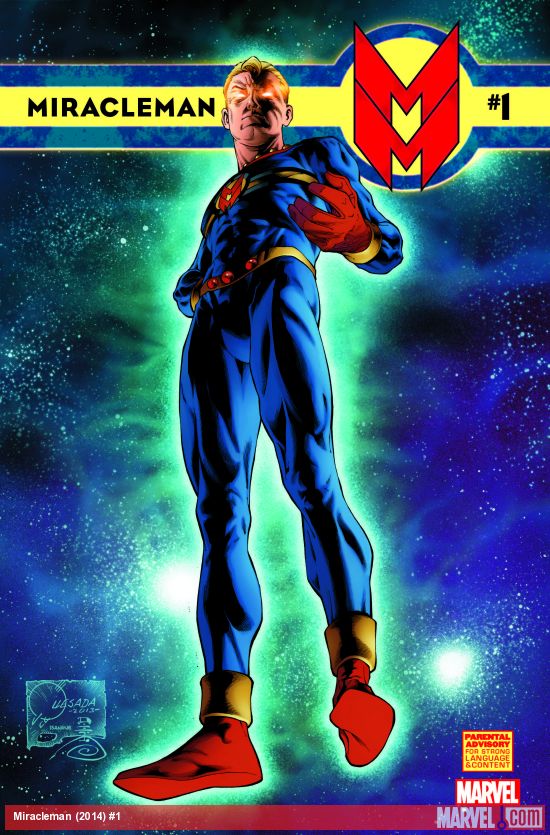 Li’l Battlestar Galactica #1, Dynamite. You must be THIS TALL to ride a Colonial Viper. We can sell, and I would read, anything by the Aw Yeah Comics! team, up to and including The Li’l Bell Jar (trademark pending).

Adventure Time #24 from Boom! Fine. Fine. Fine. I’m sorry I don’t “get” Adventure Time, but that’s not because it isn’t great. It’s because I started reading comics back in 1912. I REMEMBER WHEN THEY WERE A NICKEL! A NICKEL, I TELL YA! That said, I’m not an idiot. These books sell well for us, have a devoted fan base, are really well done, and since none of our customers will believe me when I try to explain to them that they don’t know comedy until they’ve read THIRTEEN GOING ON EIGHTEEN, maybe I ought to update my tastes.

Black Dynamite, IDW. With the success of Alex De Campi’s Grindhouse, we’ve seen more and more exploitation-style comics coming out recently but Black Dynamite is a CLASSIC of the Blaxplotation genre and pulling it off as a comic could be kinda tricky. But since Sal Buscema is listed as one of the artists on this, I’m hoping it’s going to work. 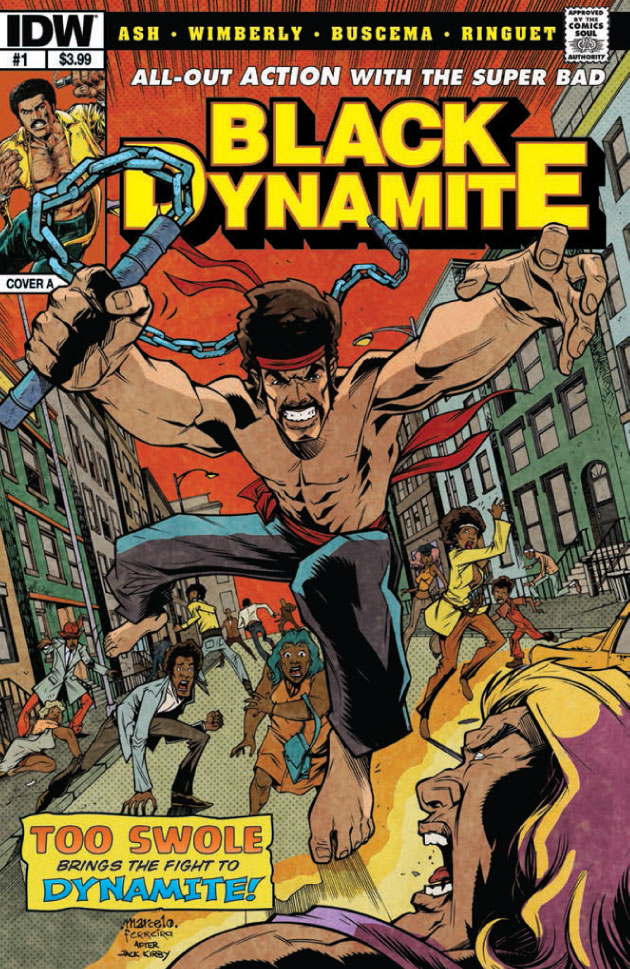 Marvel Knights: Hulk #2, Marvel. Joe Keatinge and Piotor Kawolski fully captured the idea of this new Marvel Knights line with Issue #1 of this book, which features an amnesiac Bruce Banner wandering a stunningly rendered Paris. The book’s balanced the idea of “out of continuity” story (the reason d’être for the new MK line) with a fun action/espionage feel. Issue #1 is NOT sold out, so if you’re store doesn’t have it for you ask them to order it!

“The Fairy Tales of Oscar Wilde Vol. 3,” NBM. P. Craig Russell’s adaptation has long been a favorite of mine; one master story-teller interpreting the work of another to perfection. Out of print for a while, Vol. 3 is finally being released in softcover! If you only know Wilde from his plays, novels and poems, these heartfelt little tales of magic, mysticism and moral lessons might come as a bit of a surprise, but they are delightful and NO ONE could have done them justice the way P. Craig Russell does!

Velvet #3, Image. Last week it was announced that Ed Brubaker and Sean Phillips had signed a deal to write anything they wanted for the next five years with Image Comics. I could not be happier when I heard this news. That means we are going to be getting lots of books just like this one. If you haven’t picked up the first two issues of Velvet yet, you are missing out on one of the best books on the shelves. Just imagine Moneypenny from the James Bond movies being one of the best agents in the field.

Miracleman #1, Marvel. We all knew this was coming years ago when Marvel had acquired the rights to Marvelman, the precursor to Miracleman. Now everyone can get a chance to see why this book is so great.  Kimota! 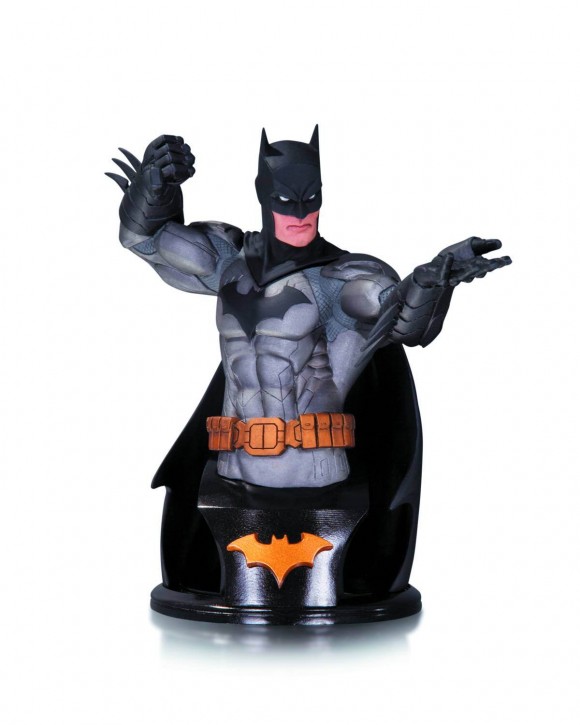 Miracleman #1, Marvel. There’s three types of comic readers; those who read Watchmen, those who didn’t and those who read Miracleman by Original Writer (no, that is not his name but that’s how Marvel is billing it, look it up).

Those who have read Watchmen, love it and seek to find more like it. They never find anything quite like it, and in the back of their minds they compare all other comics to it, with nothing ever reaching that level.

Those who didn’t read it are very content with the books they are reading. Sometimes they are blown away by plot revelations like Spider-Man being Doctor Octopus or Bucky surviving. Generally, they enjoy comics and don’t question plausibility or hold it to a ridiculous standard.

Finally, those who have read Miracleman have found that book that, maybe, surpasses Watchmen. Those people are satisfied and can enjoy comics, as well, because they don’t need any more intellectual deconstruction of the superhero. It also doesn’t hurt that these stories have been relatively hard to find, so those who have read it can lord it over the Watchmen readers. “Oh, you want a book like Watchmen? Well … there is Miracleman … too bad those stories are out of print because of a complicated legal battle. … I read it, but I don’t have it to give to you. Too bad.”

Well masses, now is your opportunity to remove these elitist snobs from power, pick it up, starting this week. Read it, enjoy it, love it, hate it. Don’t be afraid to share your opinions of it. Snobs: Don’t be mad that this is now more widely available. At least take comfort in knowing that Neil Gaiman’s portion will reach a conclusion in your lifetime.