And, oh, so much more … like Rocket Girl and No Mercy and even Zelda!

Single issues and one shots have got some strong stuff. I know, everyone is thinking about giant events and such and that’s fine. But if you want a great cross-over book how about Dynamite’s Swords of Sorrow?

Gail Simone has been writing the best Red Sonja ever, as has Nancy Collins over on the same company’s Vampirella, so getting to see these powerhouses team up with all the other Strong Female Protagonists at Dynamite is something to look forward to. And if you really need that “summer event” itch scratched, there are going to be LOTS of spin-off one-shots and mini-series that connect to the main story. 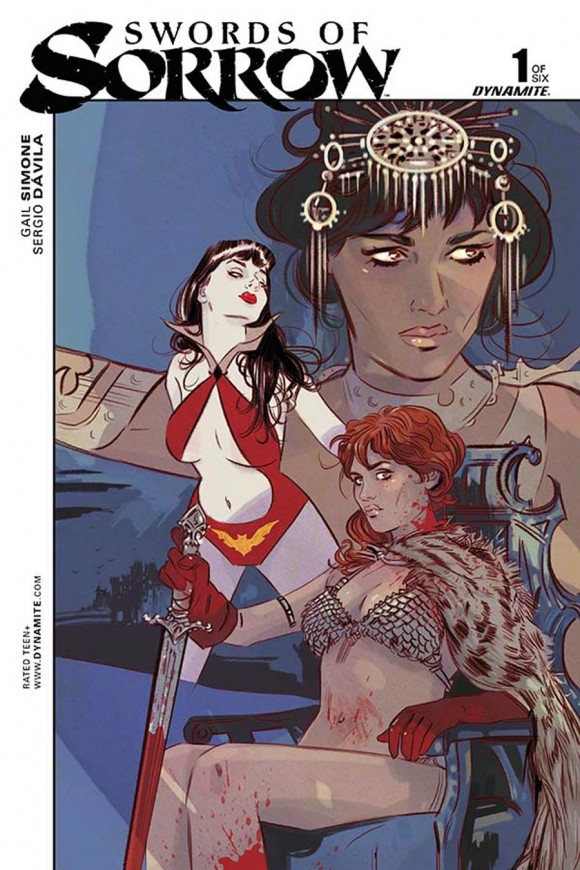 We also have the second issue of Alex De Campi and Carla Speed McNeil’s No Mercy (Image). The first issue did an amazing job of introducing the characters and setting, so much so that many customers and I are eagerly awaiting the continuation just to see what happens to these First World doofuses! Well, that wait is almost over…

Another long-awaited book is the Wonder Woman ’77 (DC) one-shot. With the success of the on-going Batman ’66 series, many expected DC to bring out a book based on the famed Lynda Carter version of the Amazon princess. Well, we’re getting our wish, even if only for one issue! 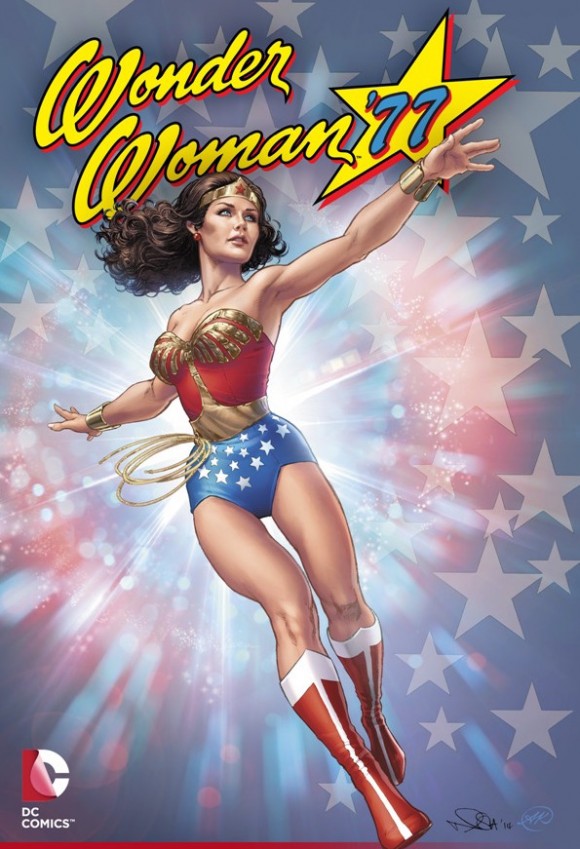 As for one-shots, Marvel ain’t dumb: With Avengers: Age of Ultron opening this past weekend, they know lots of people are going to be looking for SOMETHING with them in it — and that the average movie-goer may not be up for Secret Wars. With that in mind, Joe Caramagna has crafted a wonderful out-of-continuity story about Earth’s Mightiest Heroes facing off against some of their greatest villains, Avengers Vs.

By far, the most exciting single issue this week is the RETURN OF ROCKET GIRL!!! Amy Reeder and Brandon Montclare created an amazing book with the first story and even though we’ve been waiting a year for this new one to begin, my enthusiasm isn’t dampened in the least because of how well done this series is. I, for one, am dying to find out how DaYoung adjusts to life in the ’80s. This really is a MUST HAVE book. 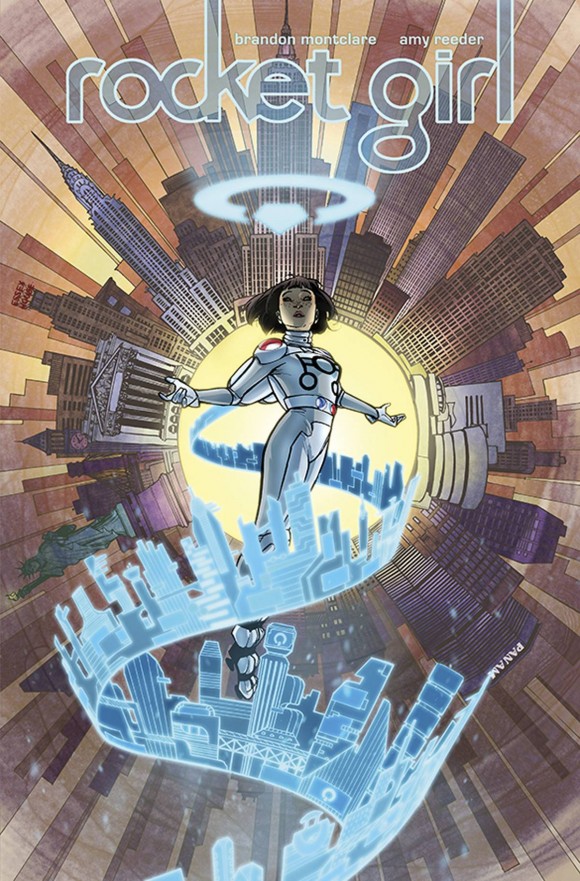 In collections and graphic novels we’ve got some AMAZING selections. Of course, I can’t go through ALL of them…

But Udon Press has their latest “classic” adaptation and every one of these has been amazing. This time they take a swing at Dickens and Great Expectations. I think the thing that makes these work is that every single one of the books they pick are so intensely literate while also being very emotionally driven, something that comes across perfectly in the Shoujo Manga style used.

Speaking of adaptations, Knockabout has Winshluss’s In God We Trust out this week — a massively satirical take on the Bible, imagine The Name of the Rose meats Kids in the Hall. No, really.

Did I say we were talking about adaptations? We were! So check this: Comic and video-game fans have been coming into my store since I opened asking if I had Nintendo’s Legend of Zelda: Link to the Past graphic novel. Apparently, it’s a pretty amazing adaptation of the fan-favorite game by Shotaro Ishinomori. Well, Perfect Square has finally brought this full-color modern classic back to print! DON’T MISS IT THIS TIME! 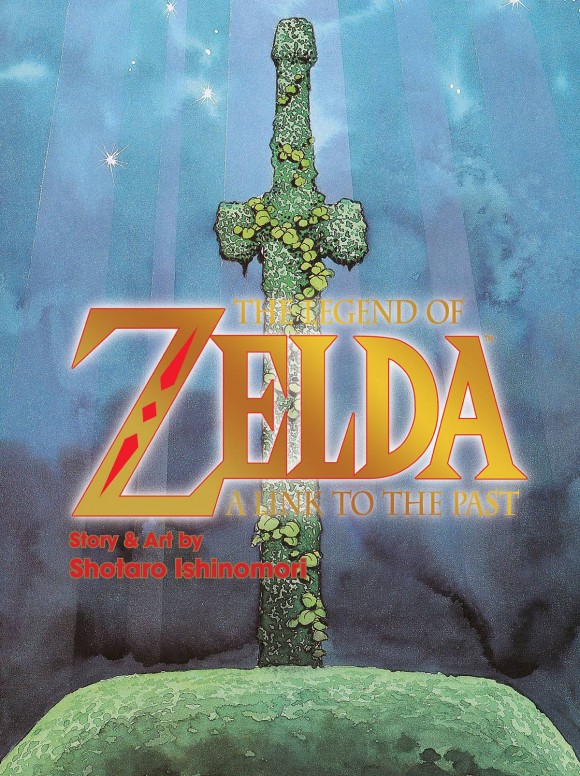 Running out of time and approaching the deadline, so I’m going to be brief:

Donald Duck Vol. 6 (Fantagraphics). More classic Disney comic magic! These volumes perfectly walk the line between collector’s item and something you can read with your kid, expertly done.

Usagi Yojimbo: Senso (Dark Horse). This alternate reality future Usagi tale has our titular hero facing off against the War of the Worlds martians. Besides giving us a “possible” ending to the complex storyline of Usagi, his love life and his legacy.

Lastly but far from leastly: Rat Queens Vol. 2 (Image Comics). After a long delay due to artist difficulties, Kurtis Wiebe got right back on track with new artist Stjepan Sejic ( I may have mentioned this guy once or twice…) who knocked out the remaining three issues in record time. Now fans who have been trade-waiting can finally enjoy Violet, Hannah, Bettie and Dee’s amazingly violent and inappropriate adventure. If you loved the first book, this second one WILL deliver the goods, I promise. If you haven’t read the first one… maybe skip three Convergence titles and get it this week, huh? 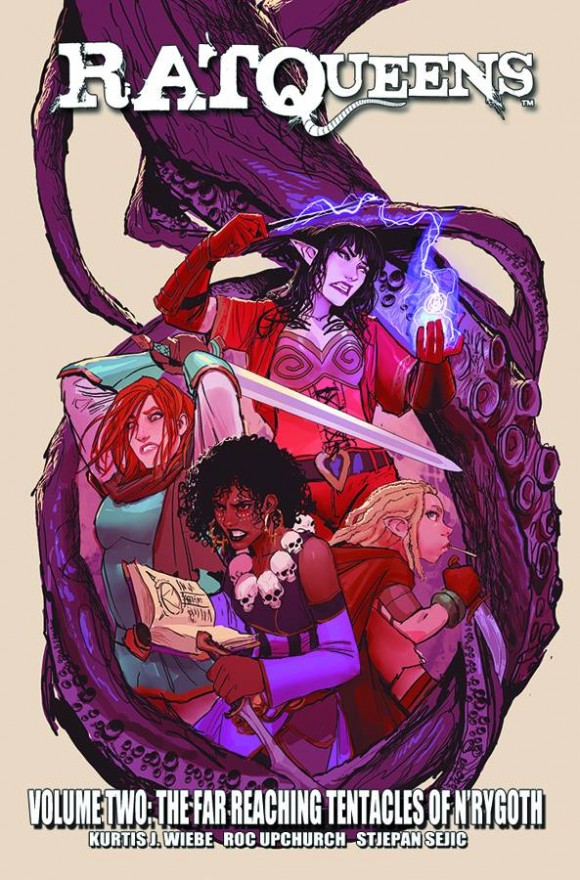