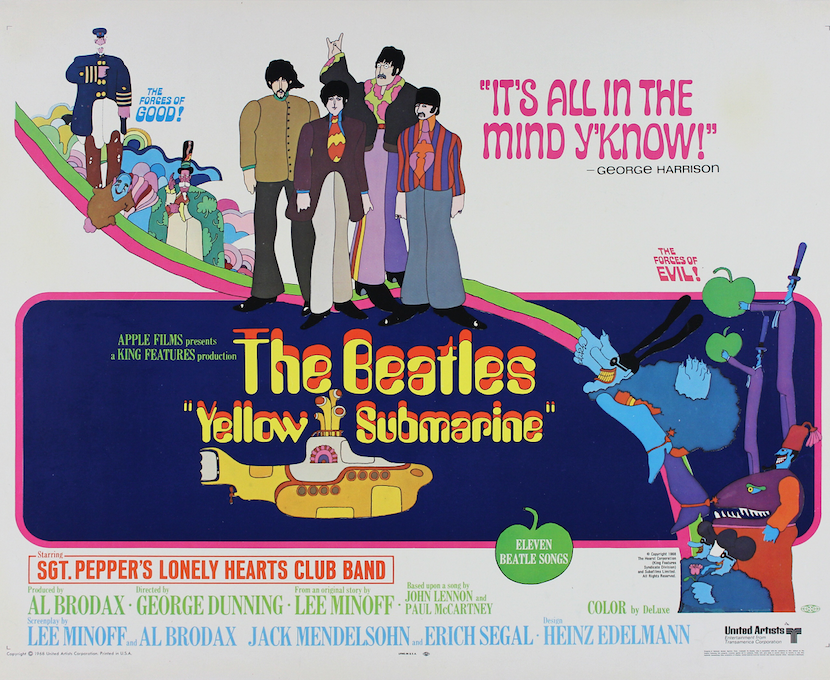 I have this connection between the Beatles and being a comics collector, specifically Yellow Submarine.

It’s not a mystery, but rather than recount why these are linked for me, click here. I think you’ll dig the story.

Anyway, taking that story into consideration, it wasn’t exactly a big surprise that I practically gave myself whiplash when I saw this at the Titan booth at New York Comic Con last month: 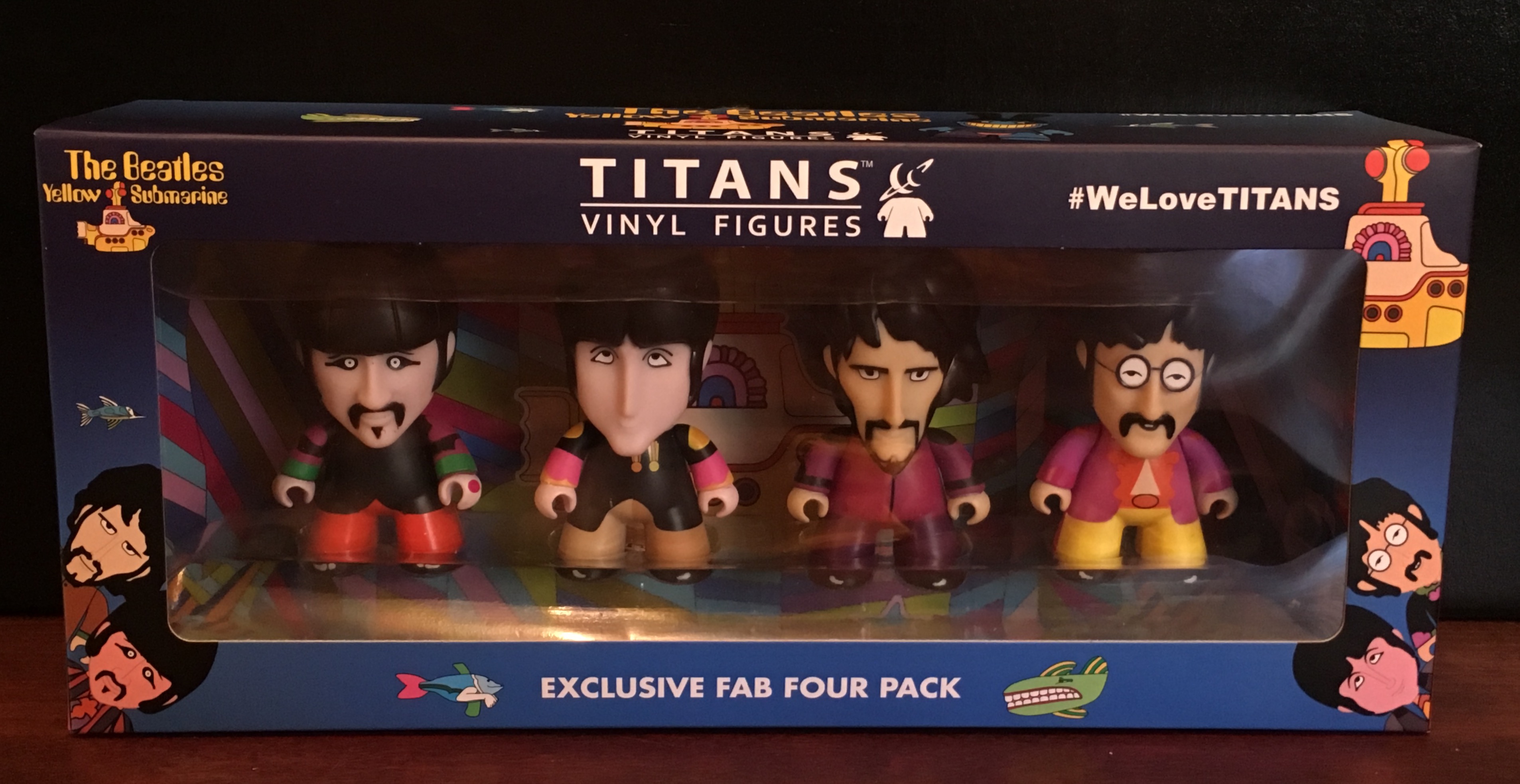 Yep, the folks at the Brit publisher and merchandiser have produced a line of Beatles minifigures (they’re 3 inches high) that are fittingly distorted versions of John, Paul, George, Ringo and their various animated co-stars. They’ve been out for some time now but I’m not letting that stop me from including it in our HOLIDAY HOT PICKS. 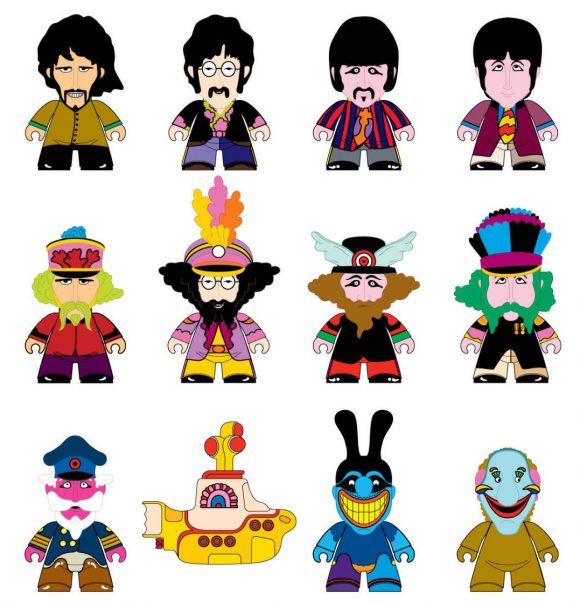 That convention exclusive is now going for about $35-$40 on the secondary market. The set features the Fab Four in their Sgt. Pepper’s uniforms but without their disguises.

OK, fine. But you can also get individual figures, like Jeremy here, in a blind box at roughly $10 a pop at various retailers. 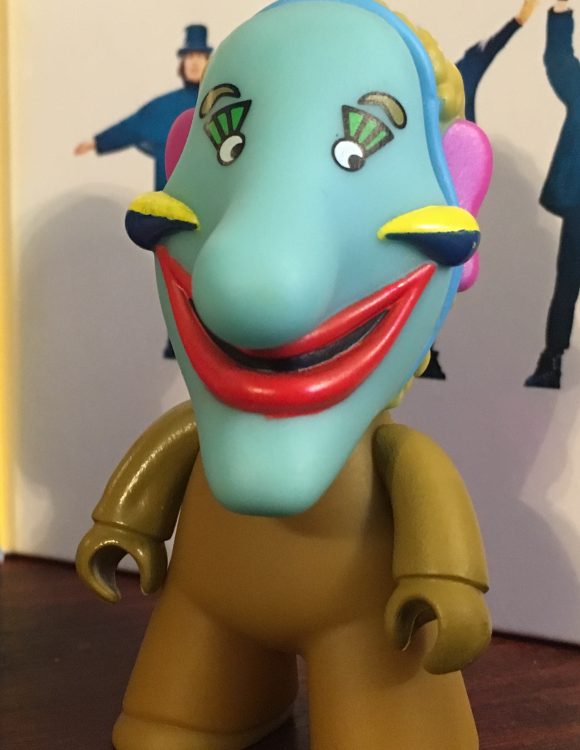 There are Blue Meanies, Young (Old) Fred — even different versions of the Yellow Submarine itself, like my sister Paula scored: 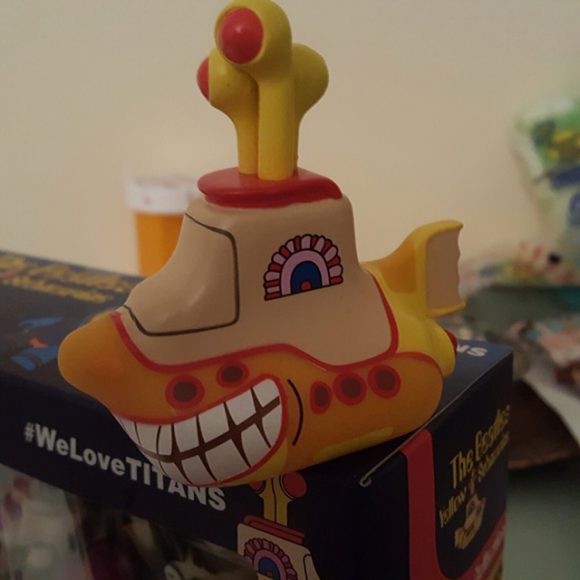 So for those Beatles fans in your life, these make a pretty gear stock stuffer. 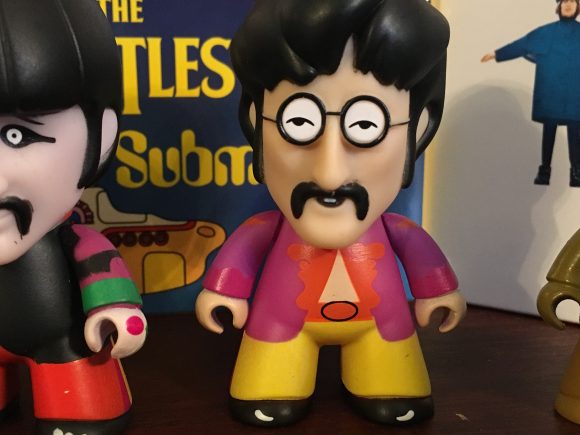 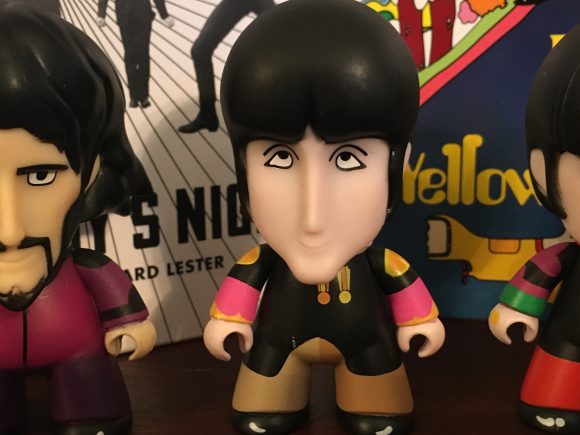 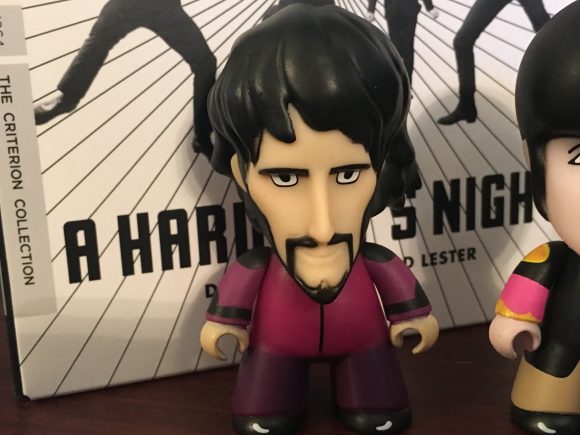 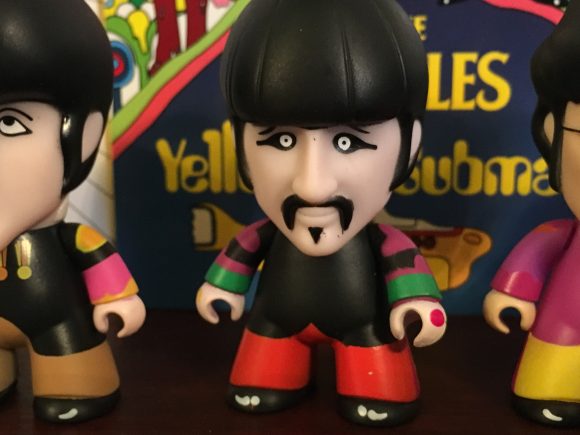 And they’re not too much…