Dark Horse has declared Saturday, March 22 as Hellboy Day, celebrating 20 years of Mike Mignola’s seminal character and expansive universe. But one day doesn’t seem enough to us here at 13th Dimension, so we bring you our latest theme week: HELLBOY WEEK!

All week long, we’ll bring you interviews with the people who brought us one of the most influential comics worlds of the last two decades. And on Monday, we kick it off with the first part of a two-part MIGHTY Q&A with none other than Mike Mignola!

But wait there’s more! We’ve got Scott Allie, John Arcudi and others who have helped make the world’s most loveable demon — and his allies and enemies — one of the most vibrant comics series of the modern age. 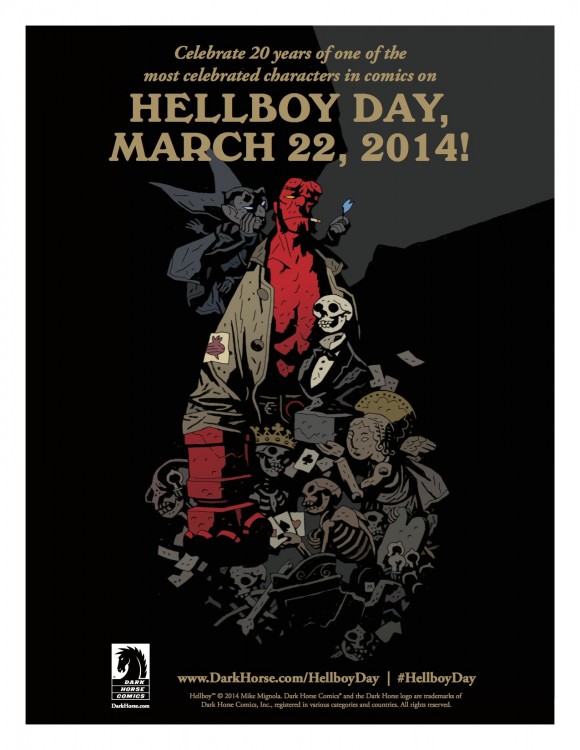