In this MIGHTY Q&A, the Arrow co-producer teases details from the two-hour CW event: 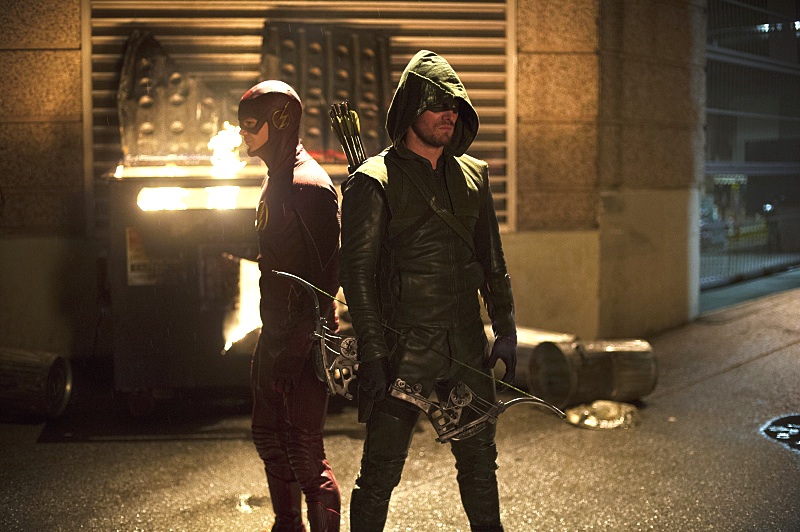 I spent a few minutes with Marc Guggenheim recently and we talked about Oliver Queen‘s life in the comics and on TV. But most importantly, we discussed the upcoming, two-night The Flash vs. Arrow on 12/2 and 12/3. The Flash airs Tuesday at 8 and Arrow runs Wednesday at 8.

Guggenheim is not only one of the main guys behind Arrow, he’s also writing DC’s digital-first Arrow comic. We started there: 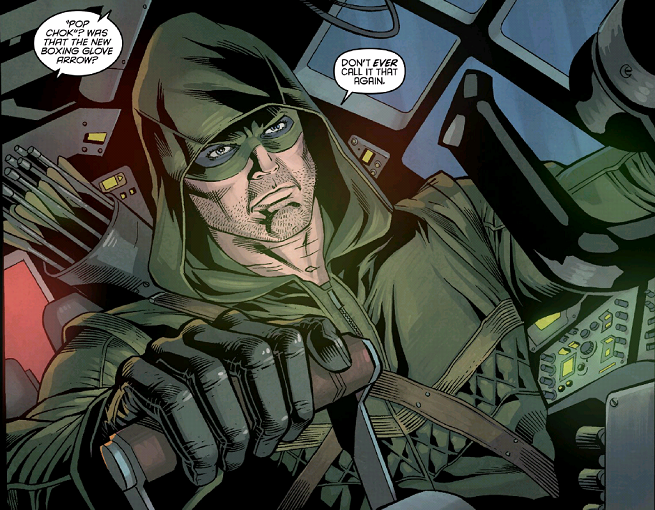 By Guggenheim and Keto Shimizu, with artist Joe Bennett

Marc Guggenheim: The comic (Arrow: Season 2.5) is really designed — as all comics should be — for new readers. We structured it so that it’s very similar to an ordinary episode of Arrow in that we usually begin with some big, cool set piece that introduces you to the characters, introduces you to the dynamics, and just gets your palate ready for the meal ahead. And that’s what we’re doing with Arrow: Season 2.5.

The opening sequence is just a rollicking action sequence. You don’t have to be familiar with the show. It’ll tell you everything. I even wrote a version of what on television is called the saga sell. That’s the little introduction at the beginning of every episode that sort of sets everything up. I did that in the comics specifically for new fans, people who are not familiar with the TV show but ARE familiar with Green Arrow or, I don’t know, just…heard about it or just want to check it out.

We want to make the tent as big as possible. Once you’re in, it’s not like Lost where there’s a heavy mythology. Once you’re in, it’s pretty easy to pick up and go and the goal for the comic was, we want to create a sort of seamless experience for the fans, new and old. Come in, read the comic and boom, you’re immediately sort of jettisoned off into Season 3. In fact, the comic… it’s still running but it will end 5 minutes — storywise — before the beginning of Season 3 so it’s a very seamless handoff. 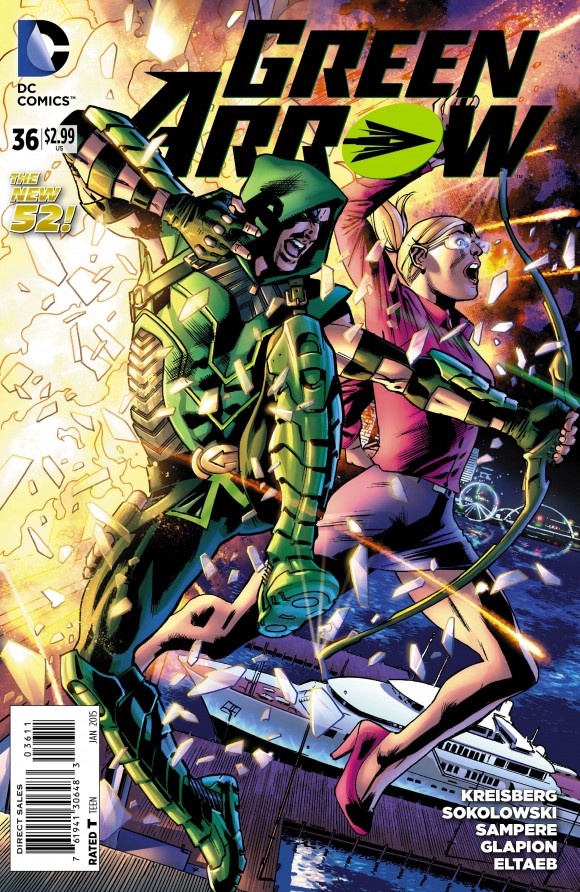 Dan Greenfield: What about the regular DC Universe-New 52 Green Arrow (by show writers Andrew Kreisberg and Ben Sokolowski)? What connection are you going to have to that?

I read it! (Both laugh) You know, it’s funny. My brain is already a bit on overload doing the show in one time period and the comic book based on the show set 6 months earlier. If I had to do a third Green Arrow with a different continuity, my head would probably explode.

But one thing Andrew and Ben are doing that’s really great is they’re introducing a lot of elements from the TV show into the New 52 continuity, most importantly, Felicity Smoak.

Jeff Lemire, during his run, already introduced John Diggle. I think the Green Arrow that Ben and Andrew are doing is great for people that love the comic book iteration of Green Arrow but like a lot of elements of Green-less Arrow, Arrow from the TV show. It’s a great hybrid of the show. I had a blast reading it. I think other people would, as well. 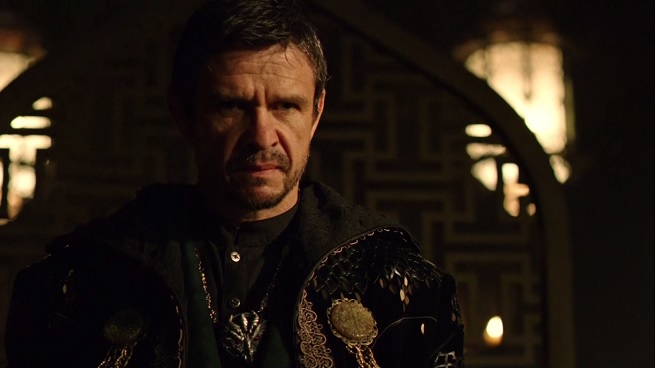 Going back to the show, a lot of characters have been teased — Ra’s Al Ghul, all of that — but if you had an opportunity, if you had carte blanche… who are some of the characters, if you ran the world, you would like to see on that show?

Well, if I ran the world, I would love to see the Joker on the show. That’s as a fan of the show myself. As a producer of the show, I think I’d be very intimidated.

Obviously the Joker’s been done so well in live-action incarnations. Heath Ledger… it’s hard topping that. But that’s a character I think would fit very well in our show. We’re very lucky. We don’t get told no by DC comics a whole lot. 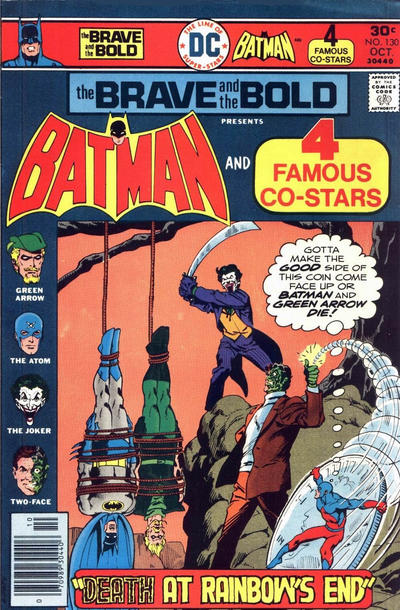 It’s happened before! And, hey, there’s the Atom!

There are characters that we’ve always wanted to bring in that I never thought we’d be able to, like Ra’s, like Sebastian Blood, like Deathstroke, that DC said sure, have at it. So the list of characters is relatively short.

I’m always asked what superheroes would fit well into the Arrow universe and I’m always tempted to say… my two sort of, favorite, ground-level DC characters are the Question and the Vigilante, the George Perez/Marv Wolfman iteration.

Obviously both of those would fit very nicely within our world and with any luck, Arrow’s ratings continue and we have a nice long run and all things become possible. 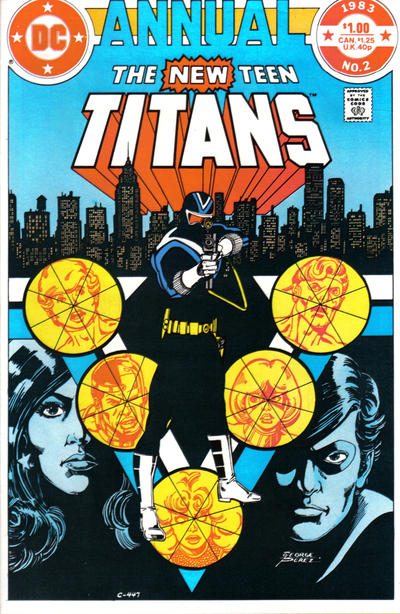 What do you consider the general and increasing success of Arrow itself? I have my own theories about why, but what are your thoughts on that?

Gosh, it’s sort of hard to answer without patting ourselves on the back.

Well, I will say the things that we try to do. We’re always trying to deliver the best possible show that we can produce and write. We’re not saying we want to do the best possible superhero show. We want to do the best possible TV show. I think what that’s done is it’s opened the tent up a bit beyond just those who love comic books. I mean, we love comic books. We’re huge fans ourselves. Everyone involved with the show are huge fans but I think what’s sustained us is the fact that we’ve been able to attract audience members that don’t typically read comics, which has been not only good for the show but I hope good for comics.

I’ve been a comic book fan all my life and I always want comic book fans to get as much exposure as possible. I can’t believe the times we’re living in now! I always feel like we can always be doing more especially with comic books themselves, the physical issues. I would love to be selling more of those things. But, yeah, Arrow is just — for us — about how do we tell the most compelling stories, how do we provide the most production value? We really do try to perform a little mini-movie every week.

The sense that I get in watching it is that, unlike a lot of shows that have come before, it embraces its source material in a way that I never would have expected.

So often, you see movies or TV shows that kind of dance around certain things or try to over-explain things. What I like is the fact that there are a lot of surprising characters that you wouldn’t ordinarily see and the fact that it really seems to enjoy being from that universe — so that’s terrific. 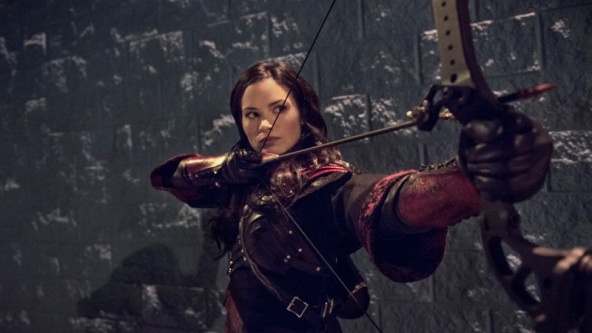 Guggenheim: We’ve been talking a lot about that and we’ve got a variety of different choices for how to do Talia on the show. I think the challenge for us always is we want to do a version of Ra’s and by extension Talia that are different than what you have seen in the Chris Nolan movies and in other media, but it’s definitely been talked about. …

We do like to draw from the DC Universe both recognizable and obscure. Sometimes we do it as a whole, fully fleshed character. Other times it’s an Easter egg like Captain Carrot. But we love the DC Universe. It surprises me that people say, “Oh, it’s surprising that you would embrace the universe so much. Usually people back away from it.” I don’t understand that! Why would you? 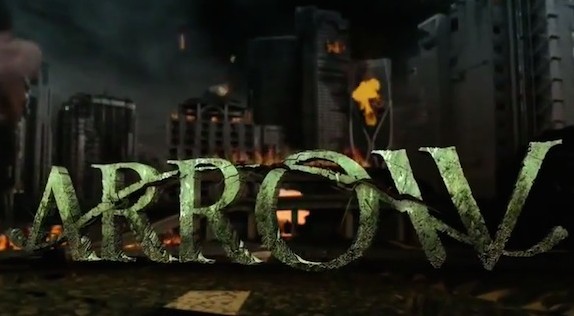 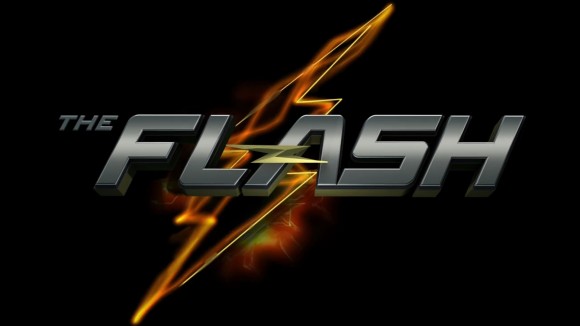 Right. See, to me that’s why I think it’s a getter show. I enjoyed Smallville and I’m not knocking Smallville but it danced around it too much in certain ways. What I like about Arrow is it doesn’t. It bathes in it. Now let’s talk about the Flash (team-up).

It is a classic superhero teamup where Flash and Arrow go after Digger Harkness who the fans know as Captain Boomerang. Man, that episode… It’ll knock your socks off. We wrote it really to be everything we wanted — as fans — the first on-screen team-up between Flash and Arrow to be.

The Flash episode — which is called “Flash’s First Arrow” — features a kick-ass, knock-down, drag-out fight. One of the things the two crossover episodes do is raise the question, “Who would win in a fight — Flash vs. Arrow?” 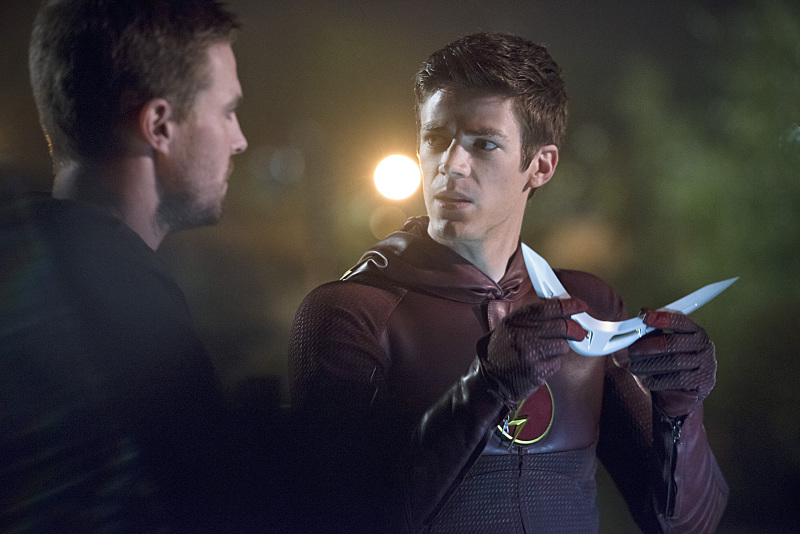 Classic fanboy stuff. We really approached it like fanboys! 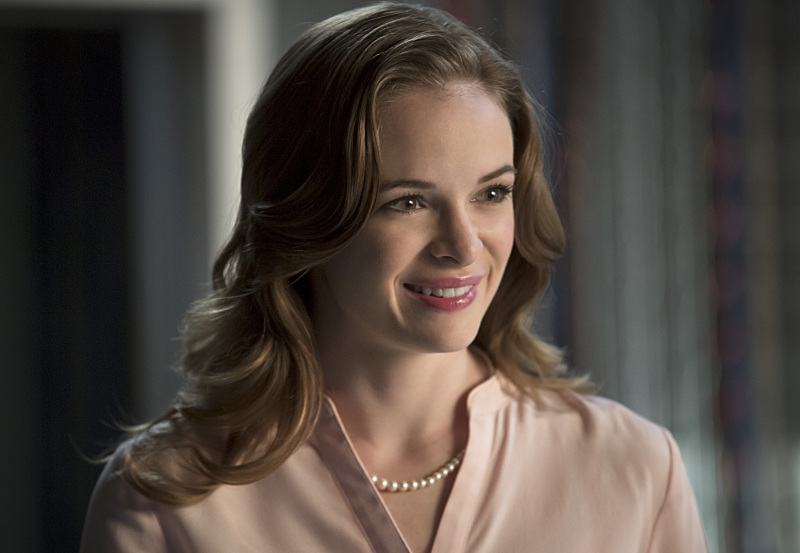 A completely gratuitous picture of Danielle Panabaker as Caitlin on The Flash.

One last question: Because of both characters’ connections to him, if I were a betting man, what are the chances that Green Lantern will pop up on either show?

Oh, gosh. You know, I truly don’t know because it’s so far above my pay grade. We’ve obviously namedropped Ferris Air, we’ve got a history with the character, Greg Berlanti and I, you know. One of the great things right now about Arrow’s success and Flash’s incredible success is just more things become possible. So you never know.

But that decision is gonna be made SO far above my head it’s not even funny. 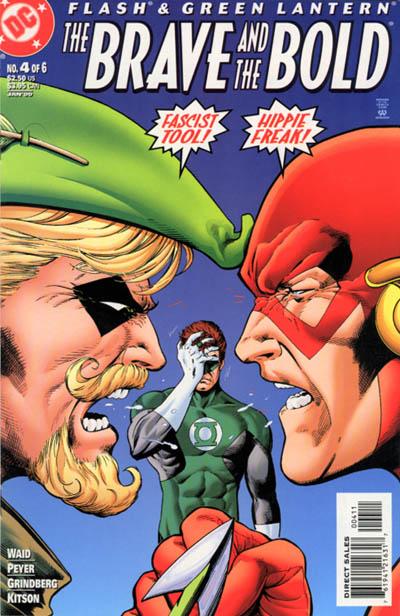