Greatest Comic Book Ever Comes Out This Week

Kirk vs. Taylor? On the bridge of the Enterprise? AHEAD WARP FACTOR 10!

The greatest crossover in the history of recorded time — Star Trek/Planet of the Apes: The Primate Directive #3 — is out 3/4, from IDW and Boom!

If you don’t buy it, you either have no soul or you’re just a damn dirty ape. 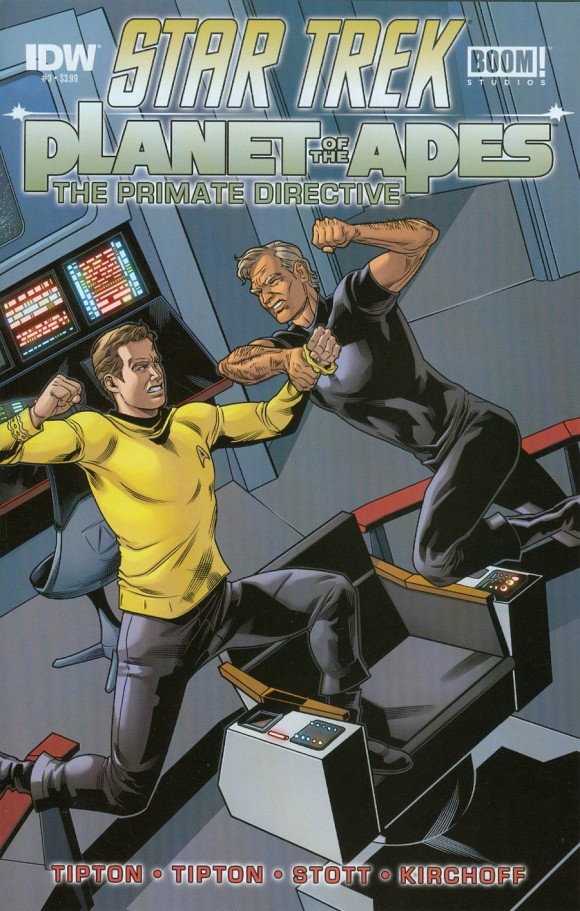 This book — by the Brothers Tipton (David and 13th D contributor Scott) and artists Rachael Stott and Charlie Kirchoff — is all sorts of epic radness. Or rad epicness. I can’t decide.

In case you’re a joyless sort who doesn’t understand fun and hasn’t picked up the first two issues, here’s where things stand:

Basically, Kirk, Spock and crew arrive on POTA, naturally encounter talking apes (including gorillas in league with Klingons — YES!) but then find themselves in the Forbidden Zone, where they run into a barely hinged Taylor, who is filled with post-“DAMN you ALL to HELLLLL” despair.

Plus Hubba Hubba Nova, who would totally be Kirk bait if this were any other planet. 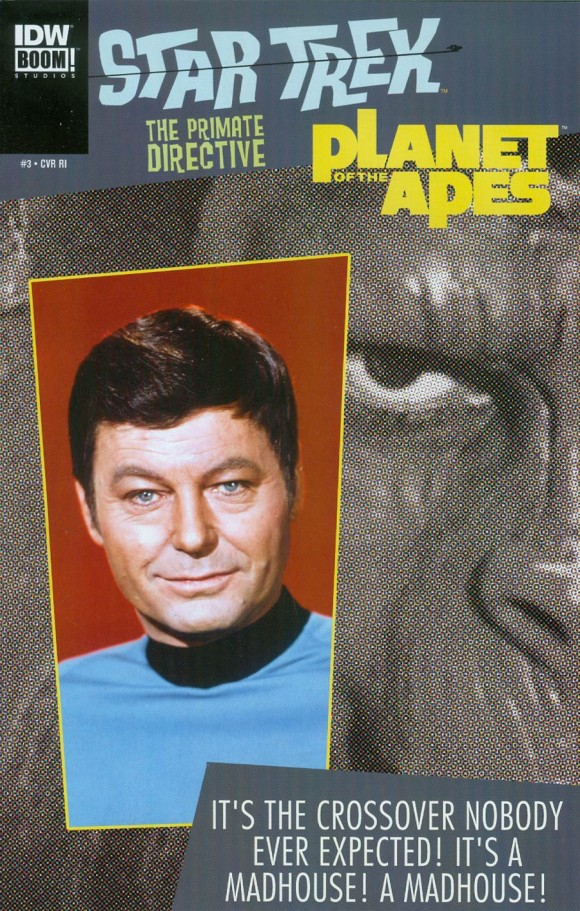 At heart, it’s a classic Trek set-up — the crew dealing with someone who may do the wrong things for the right reasons. And we’re deep in the throes of Prime Directive theory with two great men — one the eternal optimist, one the ultimate pessimist — and OH, HELL WHO AM I KIDDING!

The Kingdom of Cheeze is at stake — with a SPACETIME BATTLE OF THE CENTURIES between Comic Book Charlton Heston and Comic Book William Shatner and if I have to explain anything more than that you don’t belong here and don’t let the Internet hit you in the ass on the way out!

Get ready for a class in Kirk Fu vs. Gritted White-Teeth Squinty-Eyed Nihilistic Abandon!!

THIS IS WHY THERE ARE COMIC BOOKS!

There is only one way this could possibly get better: And it’s if Kirk chases Taylor all around Deck 5 and they run smack into … COMMANDER JAMES BOND! 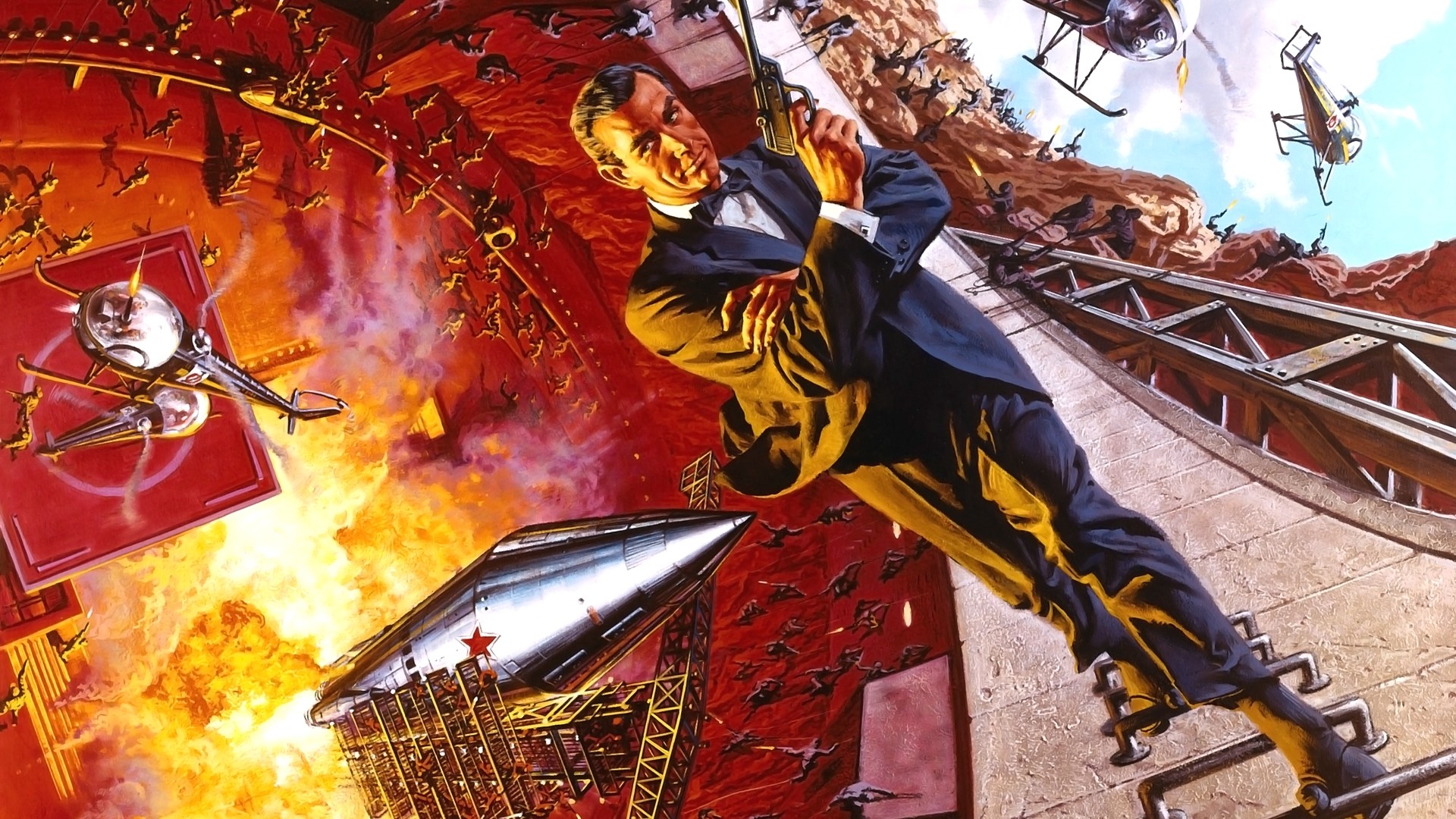 I mean, isn’t this V’ger‘s grandfather?? 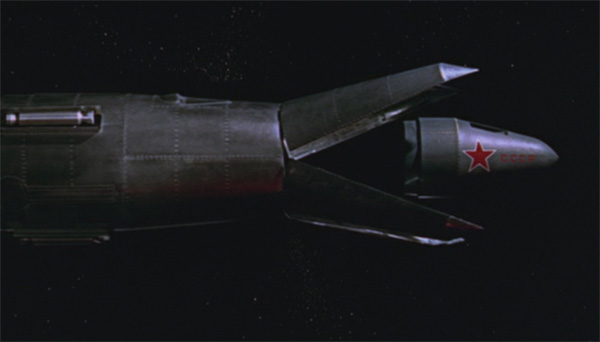 Boy, I cannot wait for this.