Chuck Dixon has the distinction of being the most prolific Batman writer — and he has plenty of opinions to share from his time in the Batcave and his time since.

Dixon’s most memorable contribution, perhaps, is his role in creating Bane, who has over the last 20 years become one of Batman’s most recognizable villains, thanks in no small part to Tom Hardy’s often-bizarre portrayal in “The Dark Knight Rises.”

Dixon also had a strong role in guiding the fortunes of Nightwing, Robin and Barbara Gordon during his tenure. And while the New 52 has reset much of what’s now considered canon, Dixon’s contributions to Batlore remain central to what comics fans know about the modern Batman.

Dan Greenfield: Tell us how you got the Batman gig to begin with.

Chuck Dixon: Denny O’Neil plucked me from comic book obscurity to work on the first Robin miniseries (1990-91). He told me he did it on the strength of my writing on Airboy. Then I simply refused to leave for 11 years. 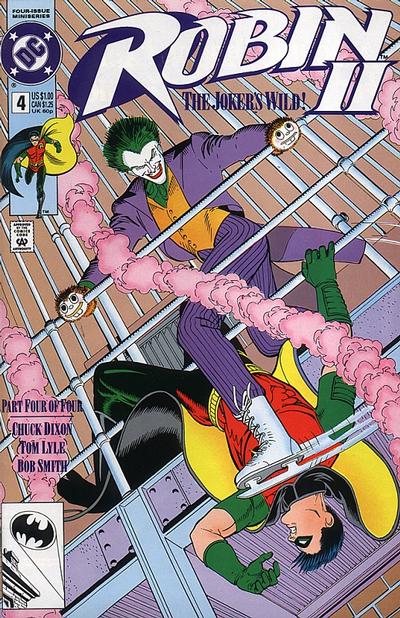 Why did you leave?

Denny had left and all of his crew went on to other places and other jobs. The editors that were left seemed to have little or no interest in my work or ideas and I
couldn’t get anything advanced beyond the titles I was already associated with. I laid out a pretty ambitious storyline for Robin that would have launched a spin-off title from that book. But all I got was resistance that made little sense from a marketing standpoint. Rather than settle into a rut I took Crossgen’s offer to work for them.

After I left, they used elements of my Robin proposal, which I took as a slight. My main editor told everyone that he didn’t like how I left DC. I’m not sure what he didn’t like about it. Was it the six months’ notice? Was it me completing all of my contracted work on time before leaving? Maybe it was a the cookie trays I sent to all my editors as a thank you.

Do you miss it?

You can’t go home again. While I enjoyed that time, it’s over.

Your work on the Batman universe is probably your best known. How gratifying is that?

I still can’t get my head around stuff like creating Bane who became an iconic Batman villain. And I honestly never dreamed that I’d ever get to write Batman, let alone devote the bulk of my career (so far) to that character. I was such a huge fan for as long as I can remember. 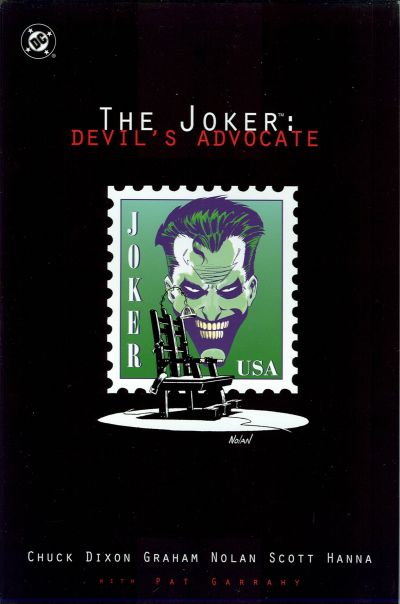 Which Batman story do you think was your best?

Too many to name just one. I got so many amazing opportunities and worked with so many great artists. Graham Nolan and I on the “Devil’s Advocate.” Quique Alcatena on the two Captain Leatherwing stories. Rodolfo Damaggio on the Predator crossover we did together.

Is there anything you did on Batman that you wish you could take back?

Hm. I can’t think of one. I know a few stories the editors wish I hadn’t written. Scott Peterson and Darren Vincenzo HATED the Cap’n Fear storyline. The funny thing about that is that Graham and I were congratulating ourselves on having created a classic Batman story. 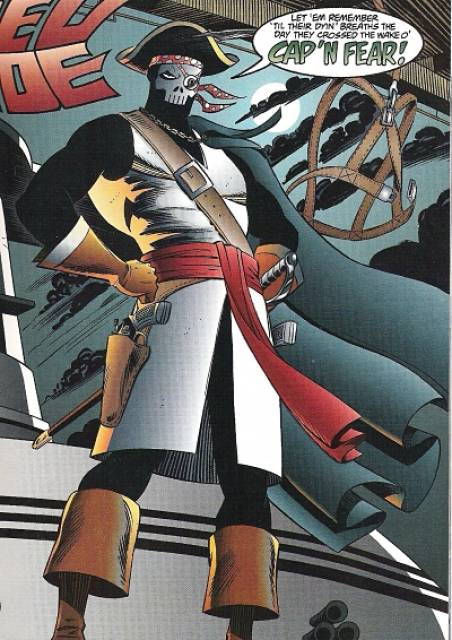 Also, Denny got pissed because I brought back Mr. Freeze. Denny has a special loathing for that character that I’m not sure I ever understood. He’s the one who originally encouraged me to kill Freeze in the second Robin mini-series. It was one of only two angry phone calls I ever got from Denny. I was always able to disarm him, though. My favorite retort was always. “You don’t scare me, O’Neil!”

God, I love that guy and miss working with him. That was back when editors were men rather than the elves they are now in the main.

Comics are cyclical and continuities change all the time. You wrote the modern Robin, Batgirl and Nightwing origins but all that’s now out the window with the New 52. As a writer, how frustrating is that? Does it even matter?

It moves on. This stuff isn’t mine. Creators can only be temporary stewards on a franchise this huge and malleable. I got a longer and more prolific run than any other writer ever. You can’t beat that. 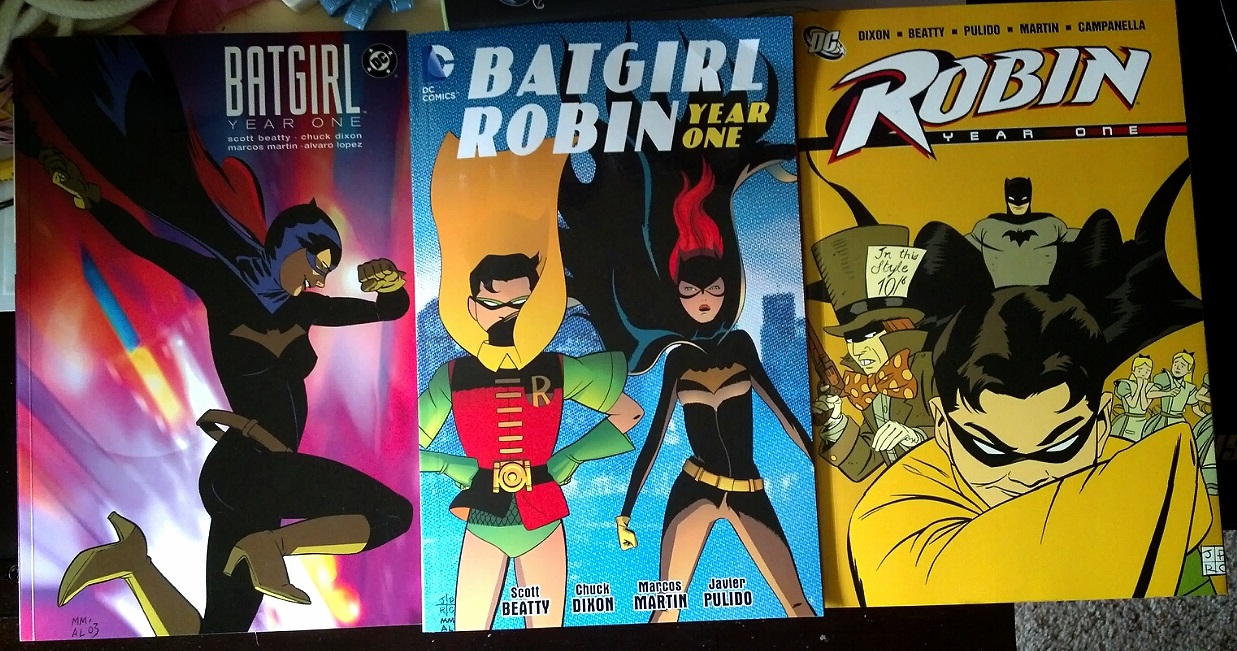 Do you read the Batbooks now? What do you think of them?

Nope. And I never think of them.

Which is your favorite Batvillain?

I love Catwoman because she’s the only character (barring Frank Miller’s awful sidestep into the puerile) in comics who is happy being just who she is. My favorite villain to write is the Riddler. 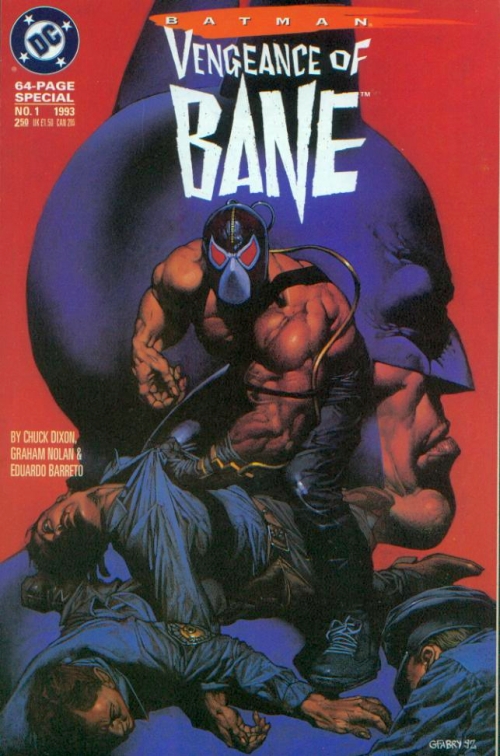 Tell us about Bane and what your contributions were to the character and to “Knightfall” in general.

Doesn’t everyone know this story by now? Basically, I was invited to participate in the Knightfall epic. The villain who was to break Batman’s back was left open until later and I got assigned to create him. Mostly I got the job because I attested to anyone who would listen how important it was that this villain be solid and worthy of a permanent place in the rogue’s gallery. I had NO idea that any of that would actually happen.

“Knightfall” was awesome to work on. Denny’s framework was solid with all the key dramatic moments built in. I just followed the outlines we came up with at the summits and put my own spin on characters like the Ventriloquist, Killer Croc and Catwoman as things went along.

What did you make of Tom Hardy’s portrayal in “The Dark Knight Rises”? Did you get a piece of the action?

I thought he did as well as he could considering he only had his eyes to work with. And that voice helped make the character indelible.

Piece of the action? Not sure how to handle that. Suffice it say that if you ever have a Hollywood executive over to the house make sure you count the silverware and children before you let him leave. To be continued…

West for Batman. But I really liked Keaton’s Bruce Wayne. And I’m looking forward to Will Arnett as Lego Batman.

So Bill Finger’s 1o0th birthday came and went Feb. 8 and I got a nibble here and there about why I didn’t play it up more, given my Batdevotion. Make no mistake, I hold Bill Finger in the highest regard. Without him, so much of what I love about Batman would be in the ether … and maybe the character would have ended up just one more Golden Age footnote. Impossible to say.

I guess I found the whole Google doodle campaign to be quixotic at best and downright strange and misguided at worst. I’d much rather see a more sincere campaign to get Bill Finger recognized in every Batman story like the Caped Crusader’s credited “creator,” Bob Kane. But that’s highly unlikely to happen.

Make no mistake, however: Bill Finger will get his proper due in this space. Meanwhile, I give you a giant penny: 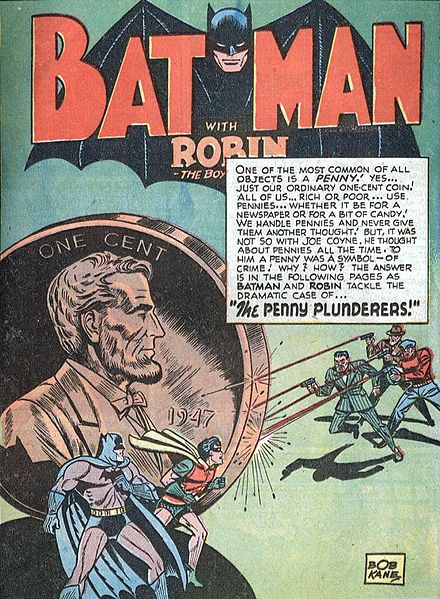 From the Batcomputer: And now time for my weekly Batpreview. Really, look no further than Batman #28, which is the precursor to the much ballyhooed weekly Batman: Eternal title launching in the spring from Scott Snyder and a coterie of Batwriters and Batartists. Other main titles include Nightwing #28 and Batgirl #28. 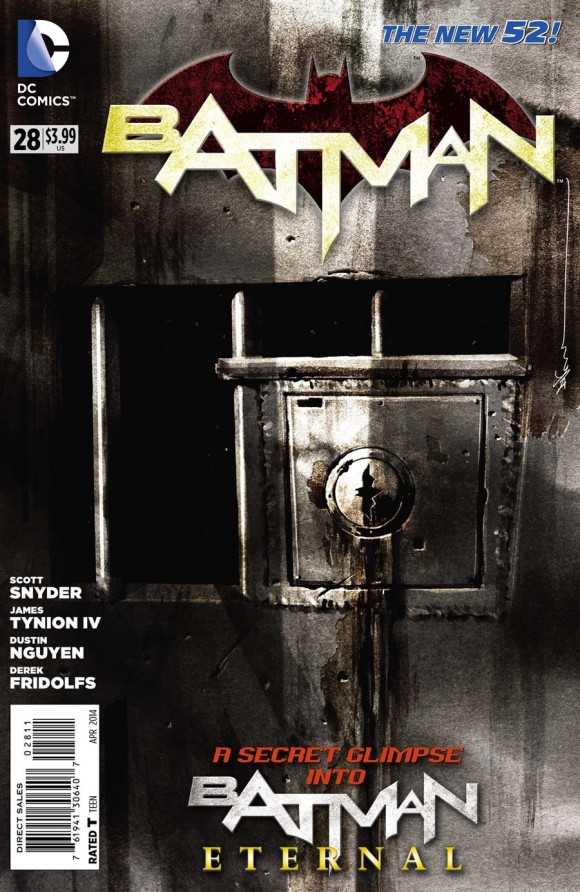