FROM KRYPTON TO METROPOLIS: What Makes a Great SUPERMAN Origin

Home » COMICS HISTORY » FROM KRYPTON TO METROPOLIS: What Makes a Great SUPERMAN Origin

PODCAST ALERT: It’s been told many times – but which version takes you up, up and away?

Everyone knows Superman’s origin, right? It was right there in Action Comics #1 and has been repeated a million times over since. Grant Morrison and Frank Quitely even boiled it down brilliantly in 2005’s All-Star Superman #1: 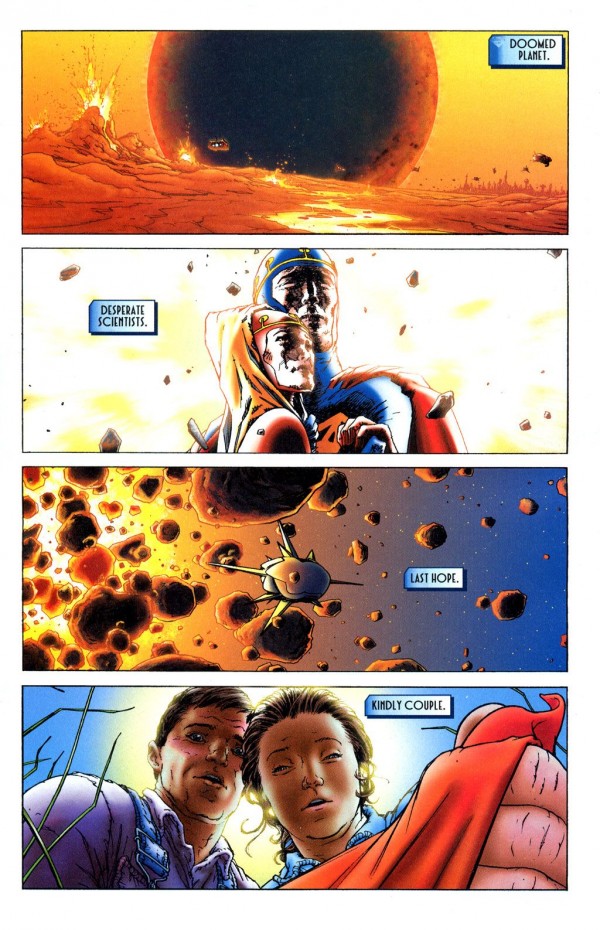 But it’s all about the details, right? Was Clark ever Superboy? Are the Kents alive or dead? What was Krypton like? What does that S stand for anyway?

Until the mid-’80s, Superman’s origin broke down two basic ways: There was the Golden Age version (later christened Earth-Two) where he was never Superboy, and the Silver/Bronze Age version (Earth-One), where not only was he the Boy of Steel, he was a member of the Legion of Super-Heroes.

There’s much more to it than that, of course — how he met Lois, where Lex Luthor fits in, whether other Kryptonians survived, etc. — but you get the gist.

Since 1986, however, DC Comics has given us no less than five major retellings of Superman’s beginnings – more if you count side stories, the New 52 revamp and original graphic novels. (Not to mention Warner Bros.’ movies and television shows.)

And now we’re there again – sort of – with Brian Michael Bendis’ The Man of Steel, which isn’t a full-on origin reboot but is creating a significant new angle to the myth: the role of Rogol Zaar in Krypton’s destruction.

So, it seems like a good time to take stock of the many faces of Superman since Crisis on Infinite Earths.

Podcaster Anthony Desiato of My Comic Shop History has put together a special My Comic Shop Book Club episode talking about all these post-Crisis versions of Superman’s start. He asked me to be his guest and we talked about The Man of Steel, by John Byrne; Superman: For All Seasons, by Jeph Loeb, Tim Sale and Bjarne Hansen; Birthright, by Mark Waid and Leinil Francis Yu; Secret Origin by Geoff Johns and Gary Frank; and American Alien, by Max Landis and a team of rotating artists. 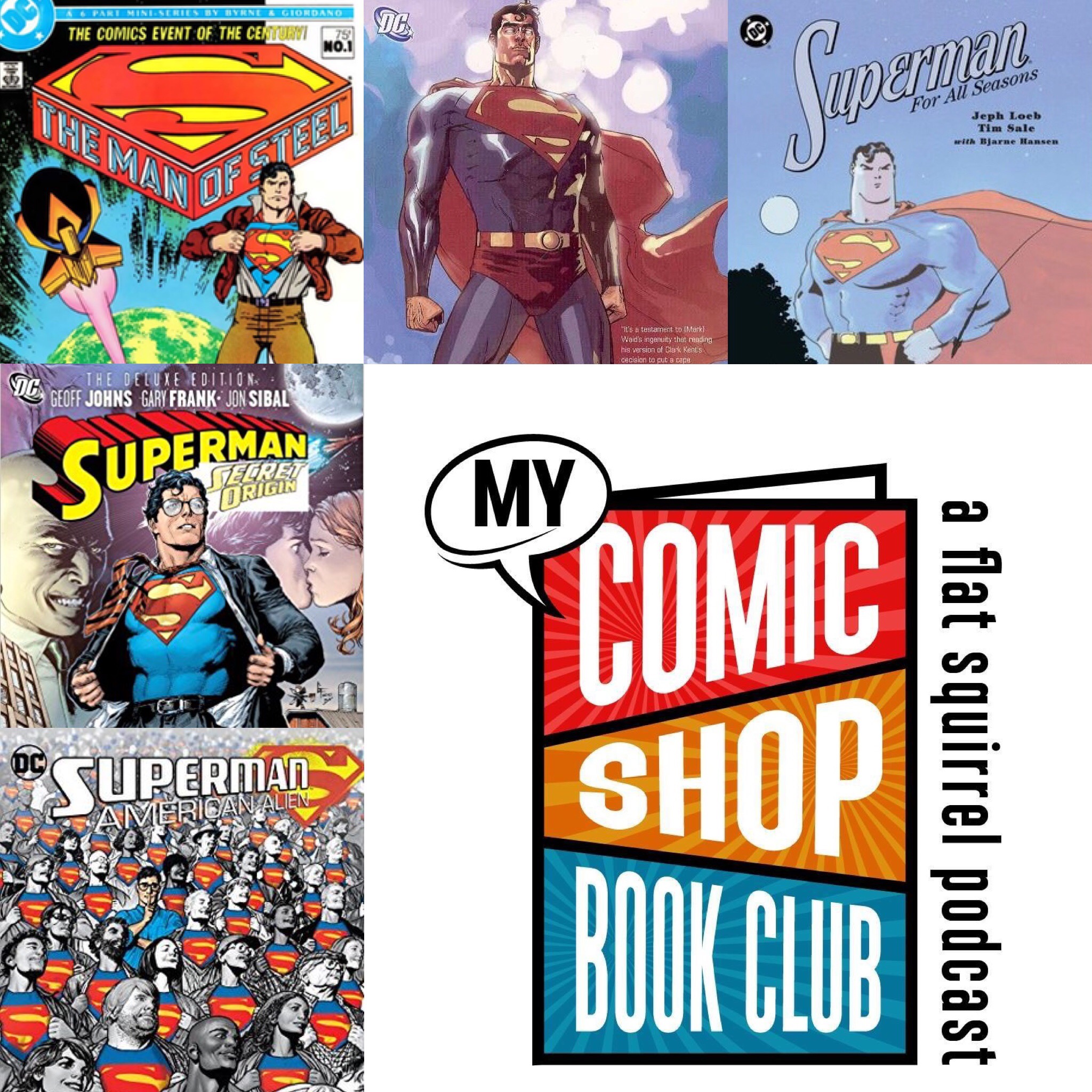 You can click here to listen and I really encourage you to because we got into the nitty-gritty of what makes Superman work from many different viewpoints.

Personally, I think Byrne did it best: I prefer the stripped-down approach and believe that less is more where Superman is concerned. (Click here for more on that.)

Anthony, on the other hand, favors Birthright. But there’s a lot to be said for the other three series – plus the movies and TV shows.

So join us for the talk – and while we’re at it, let us know which Superman origin works best for you.

— Why JOHN BYRNE’s SUPERMAN Was the Greatest Man of Steel Ever. Click here.