First Taylor, now one of his thuggish adversaries. NECA adds to its Mego-ish line with this highly detailed foot soldier!

Full disclosure, right off the club: NECA is co-sponsoring our East Coast Comicon/Planet of the Apes Mega-Contest (ENTER NOW!) by providing a bunch of action figures you can win … including this one.

Well, sure, except I never would have partnered up with NECA to begin with if I didn’t dig their plastic treasures.

All that said, the beast’s in the details, is it not?

So here’s what you need to know, you monkey-lovin’ Apes lovers: 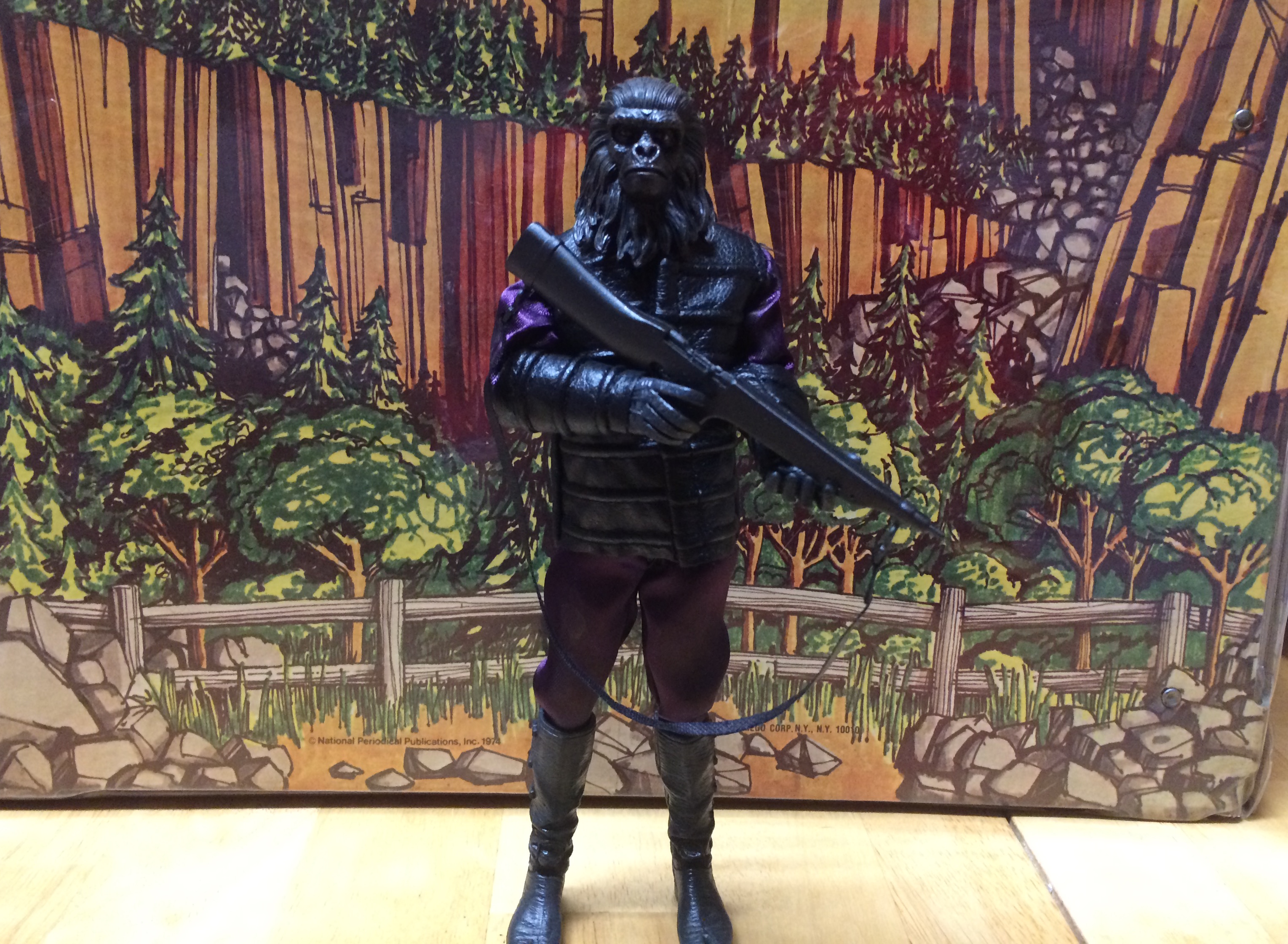 This is a rad figure. The facial sculpt is highly detailed, with the classic John Chambers gorilla styling and angry, doltish expression. The clothes are rugged and the rifle is movie accurate. He’s solidly built and highly poseable. 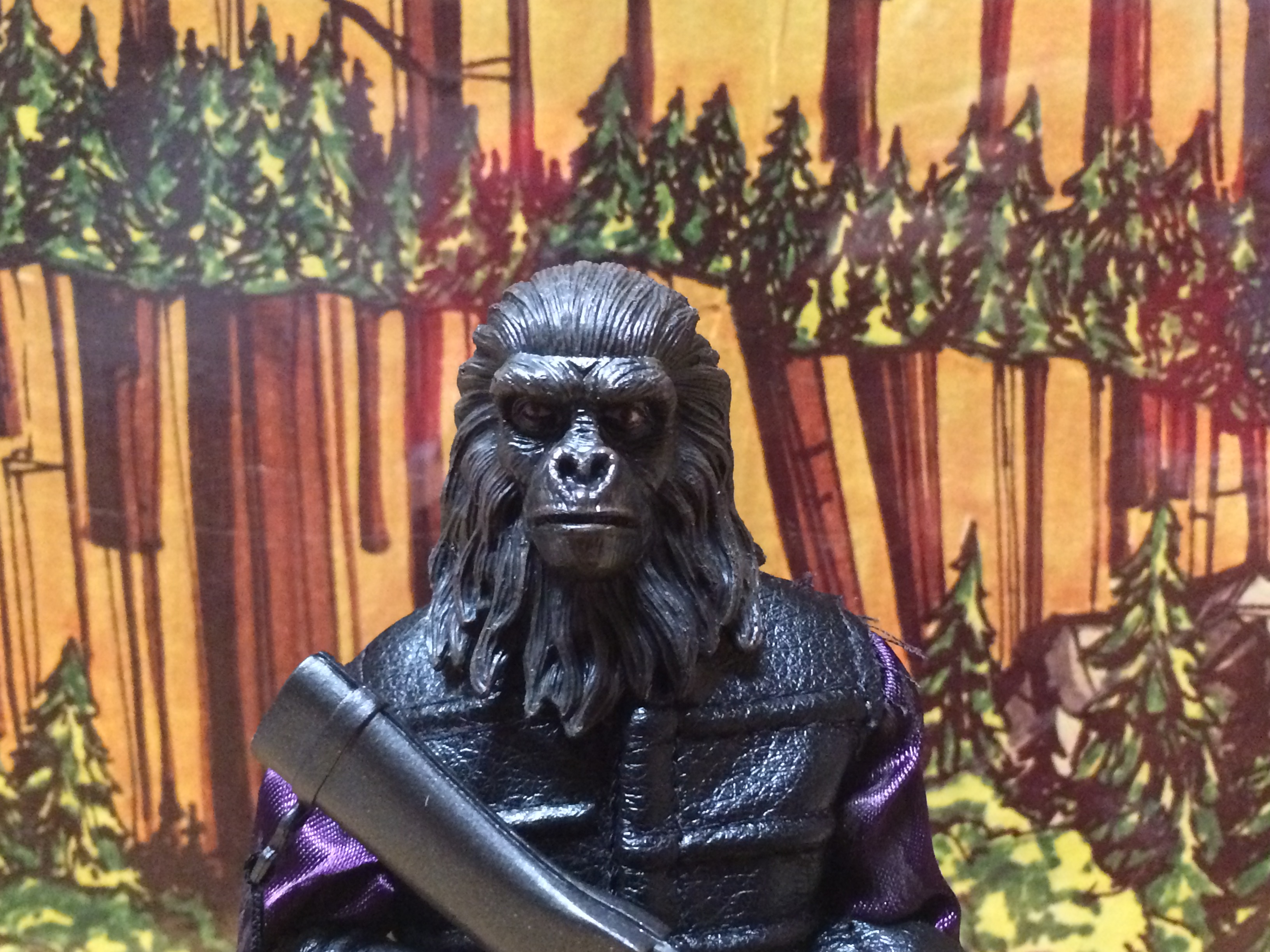 Best part? His purple cloth leggings are intentionally disclored brown in spots. To make them look dirty. As in, not clean. And he’s an ape. You know where I’m going here, don’t you … 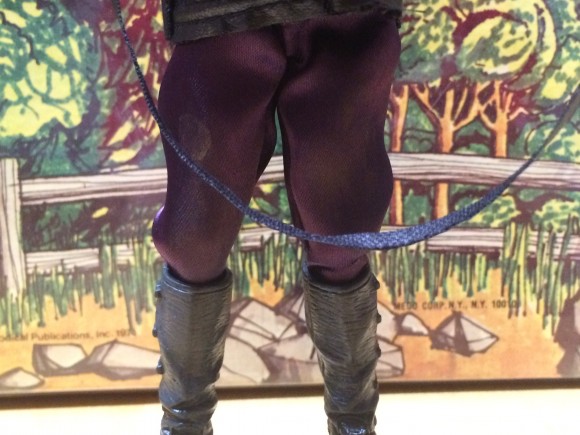 I’m about to APJAC in my flapjacks, whatever that means!

This is also one of those modern Mego-style figs (ReMegos, the Mego Museum calls them) that kind of corrects a historic wrong. The original Mego Soldier wasn’t what you’d call that series’ most compelling figure. 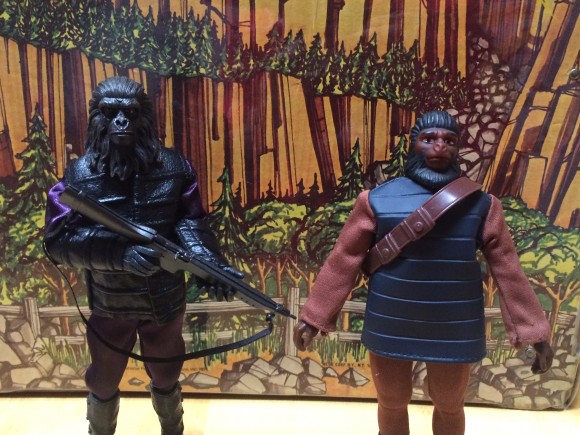 Is this figure as good as NECA‘s complementary Taylor? No. Not by a long shot across the Forbidden Zone. But that’s a very, very high bar, since ol’ angry Col. George is one of the greatest action figures I’ve ever owned. 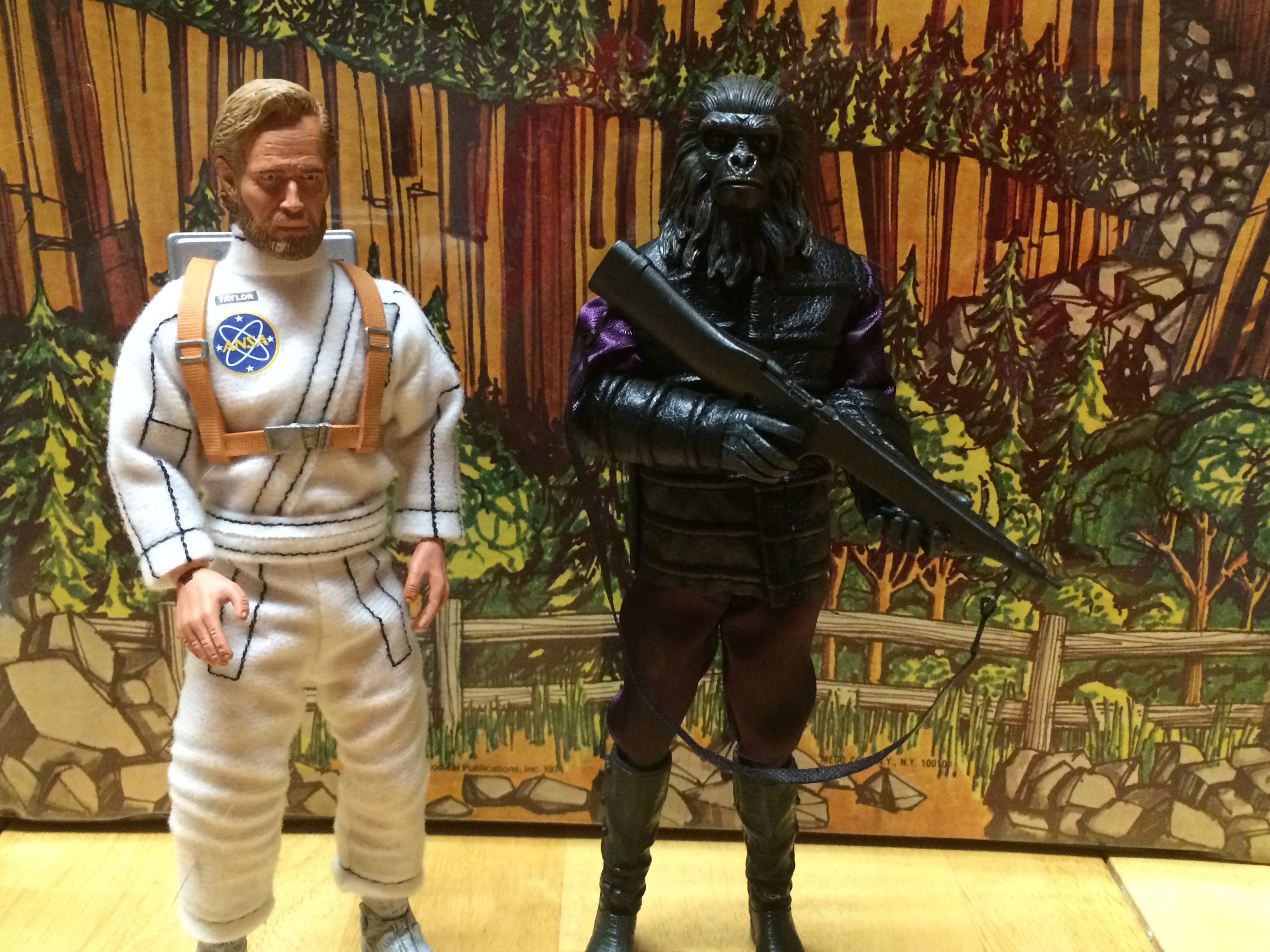 “Keep moving, human. And where’d you get those fancy threads?”

Would I have preferred to see one of the main Apes characters instead of a Gorilla Soldier when it was time to get all simian? Of course.

But NECA’s Randy Falk told me at Toy Fair that unlike the 7-inch all-plastic line out now, these 8-inch clothed figures are being done one at a time. If these sell, they’ll keep going. A generic Gorilla Soldier ape can be more easily retooled into, say, Ursus, than Zira can be retooled into, I dunno … Nova?

But let’s consider our frenemy, the Gorilla Soldier on his own merits, shall we? When you do, it’s a no-brainer (sorry, Landon): Any Apes maven worth his Sacred Scrolls must have this Gorilla Soldier. 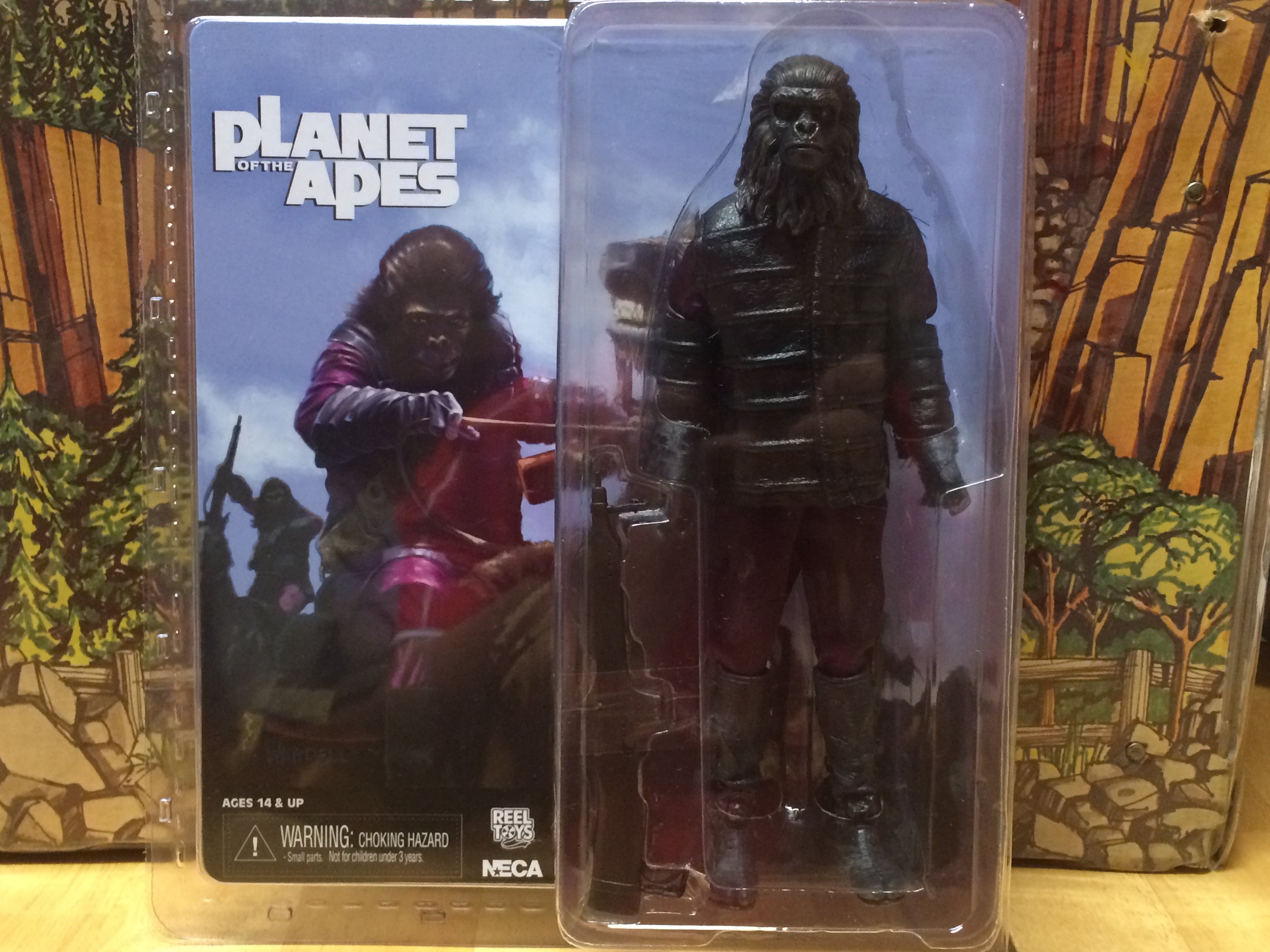