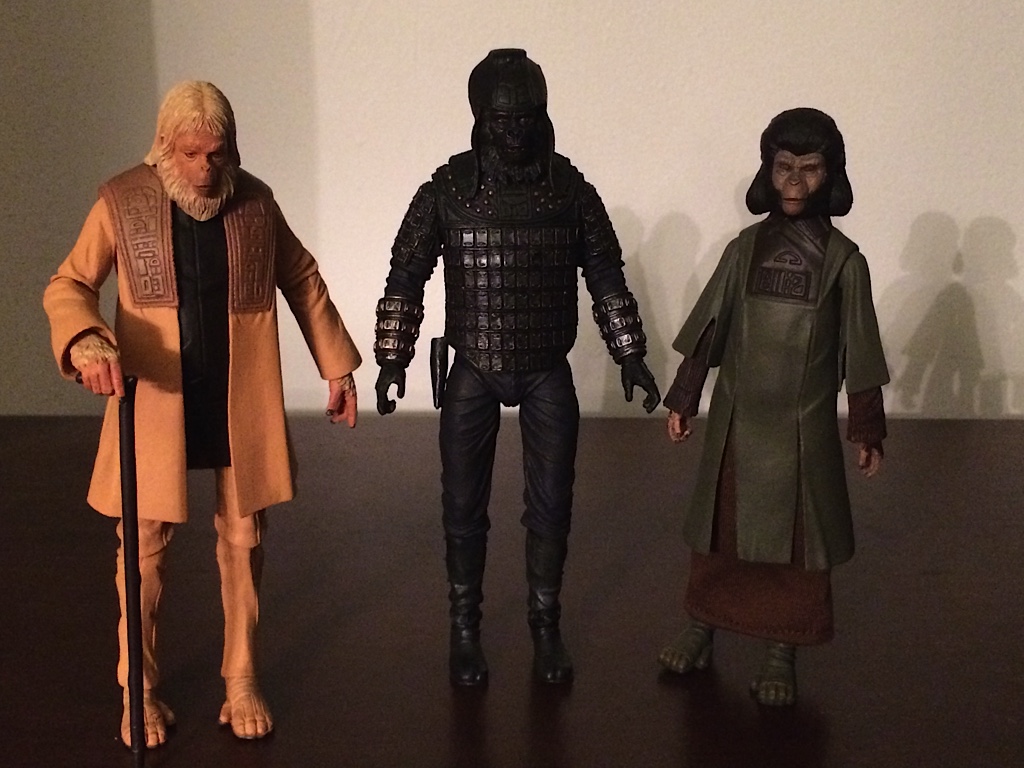 All pix of the action figures by Sam Greenfield

Am I a Planet of the Apes fan? Yes. But you knew that.

And I’m particularly taken with what NECA‘s been doing with their classic series of action figures.

Earlier this year, we took you behind the scenes of Wave 1 and then let you know what we thought about Cornelius, Zaius and the Gorilla Soldier.

Like those, these will be in the $18-$20 range when they hit stores soon. And the packaging style is the same. 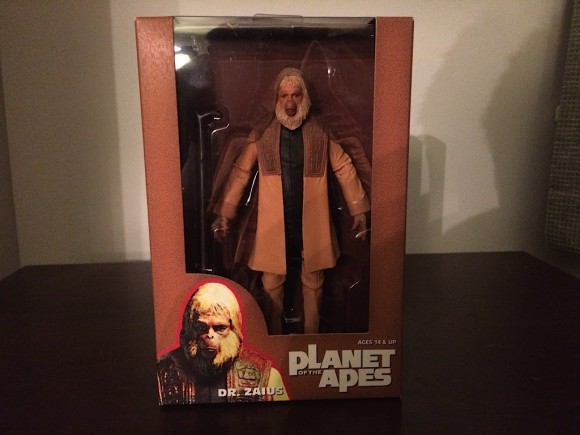 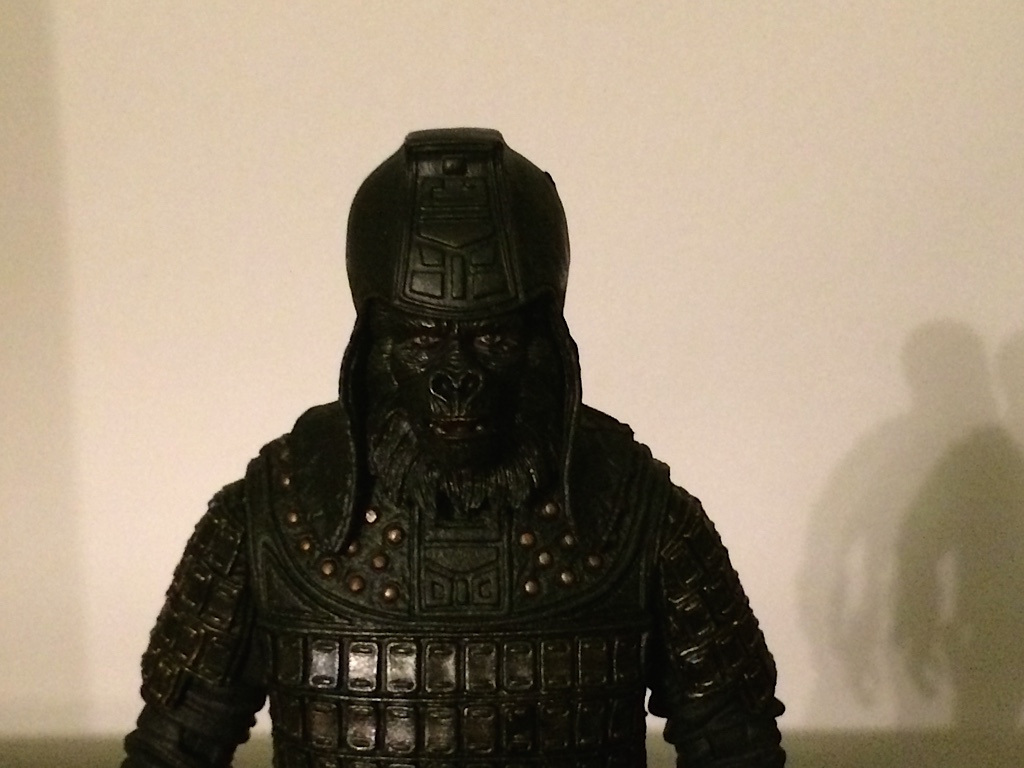 I’ll get right to it and tell you that, up close, Ursus is the best and baddest Planet of the Apes figure I’ve ever seen. I don’t throw out this word often, but he’s perfect.

He not only comes with a rifle and a pistol, he comes with an alternate right hand with index finger extended, as if he were declaring “The only good human is a dead human!” 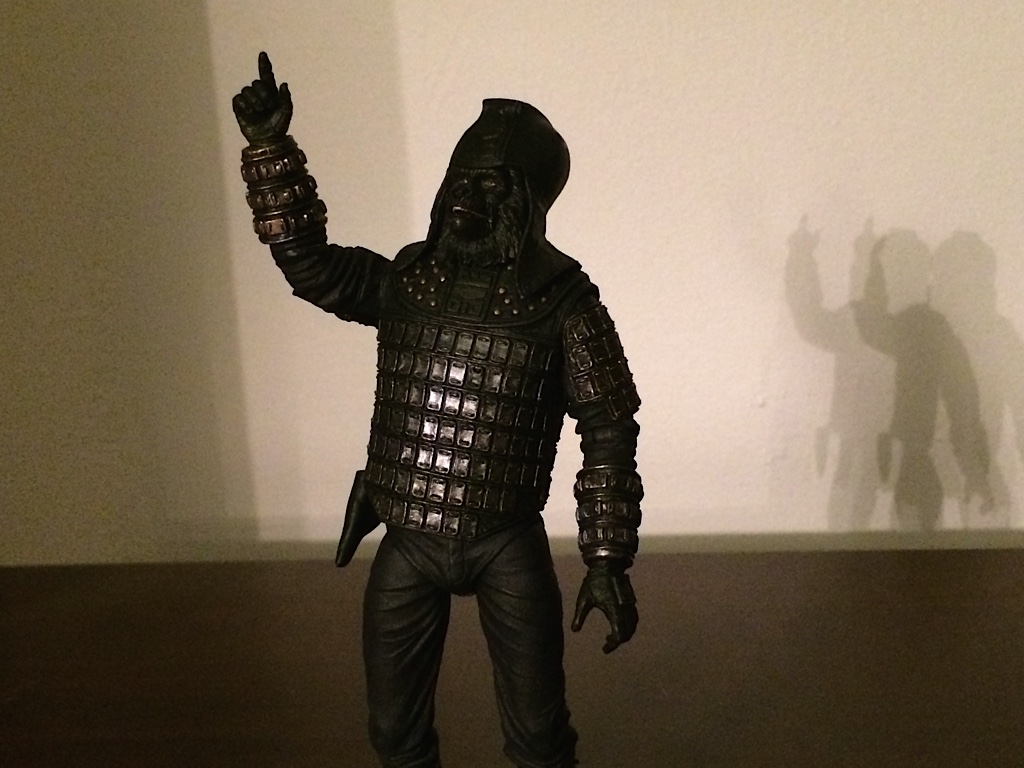 Seriously, the only thing that would make him better would be a button that allowed him to chant “Invade! Invade! Invade!” in James Gregory‘s gravelly growl.

Brilliant. Now all I want is a Steam Bath Ursus variant. Get on that, NECA! 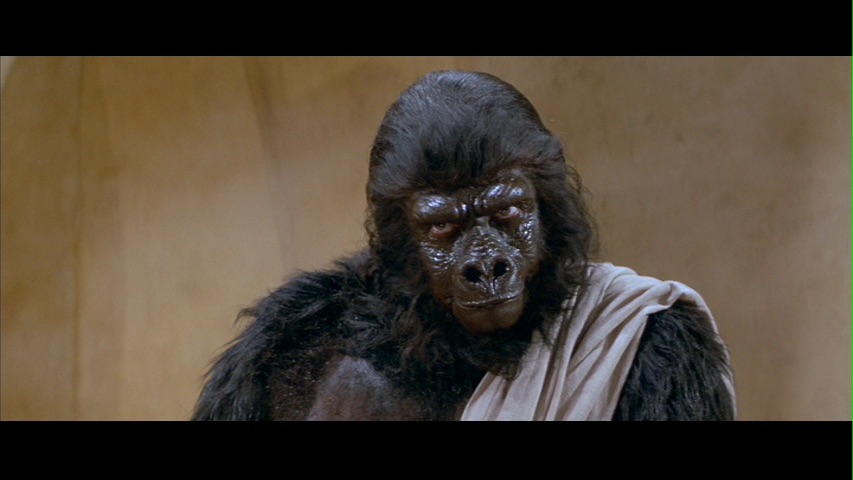 Also new to the line is Zira, who’s really the hero of the first three movies when you get right down to it. I will say that Kim Hunter‘s alter ego looks a little startled and her hair is pushing bouffant territory. What makes the figure stand out is the body sculpt — and the accessories. 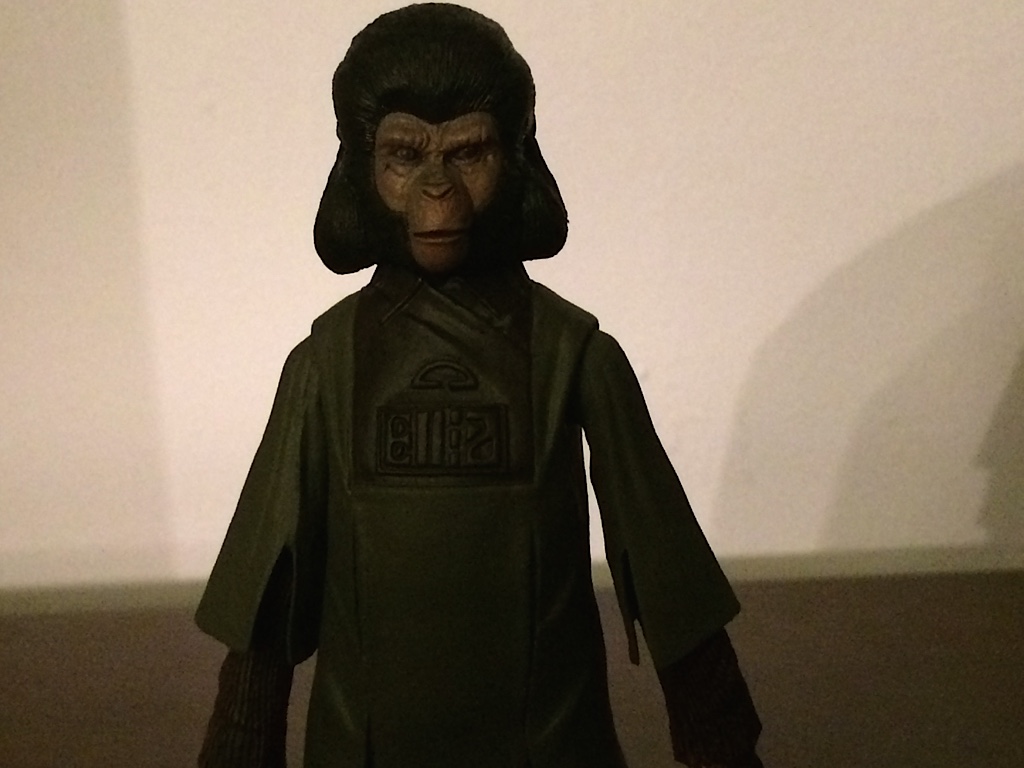 Zira comes with a wedding portrait of her and Cornelius. Better yet, she also comes with a notebook scrawled with “My Name is Taylor” — and a paper airplane. 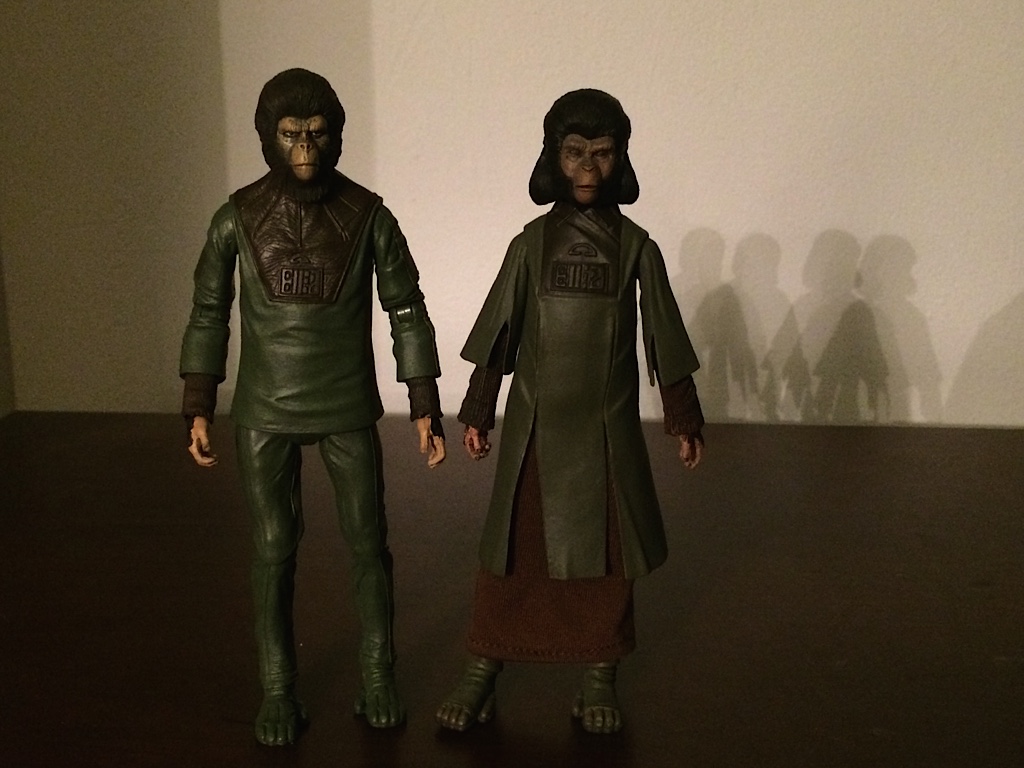 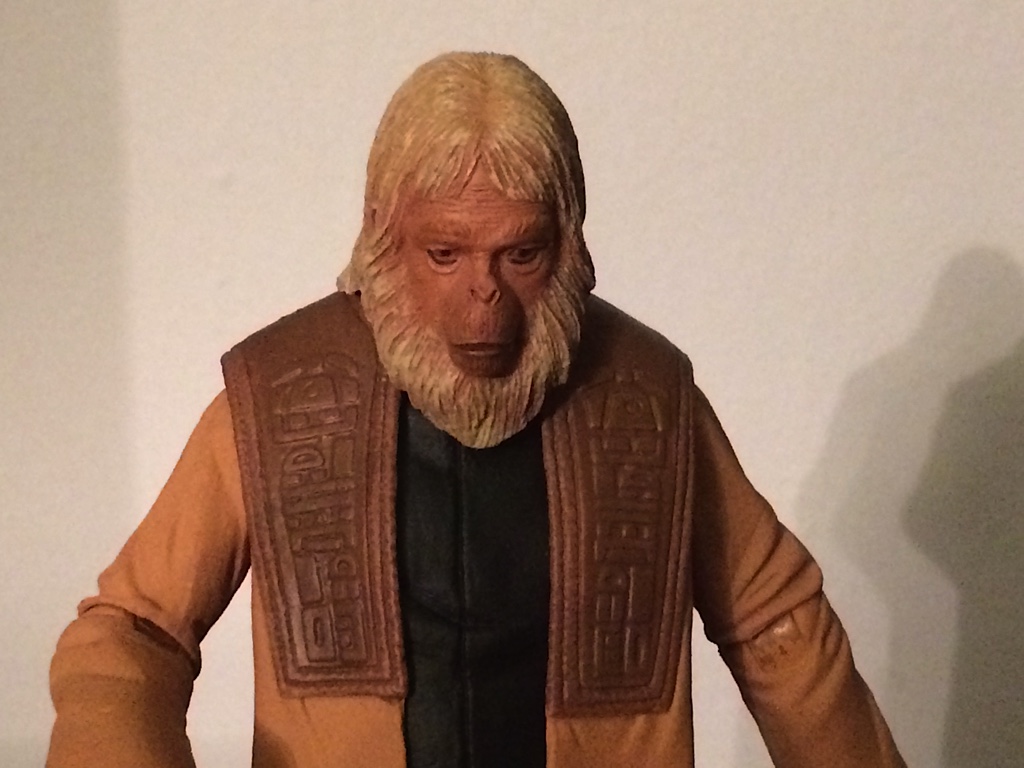 A new version of Dr. Zaius is also part of the wave — and this figure is an improvement over the Wave 1 version. As many times as I’ve watched these movies, I never noticed that Zaius has more than one outfit. He does, and I hope the Lawgiver forgives me. 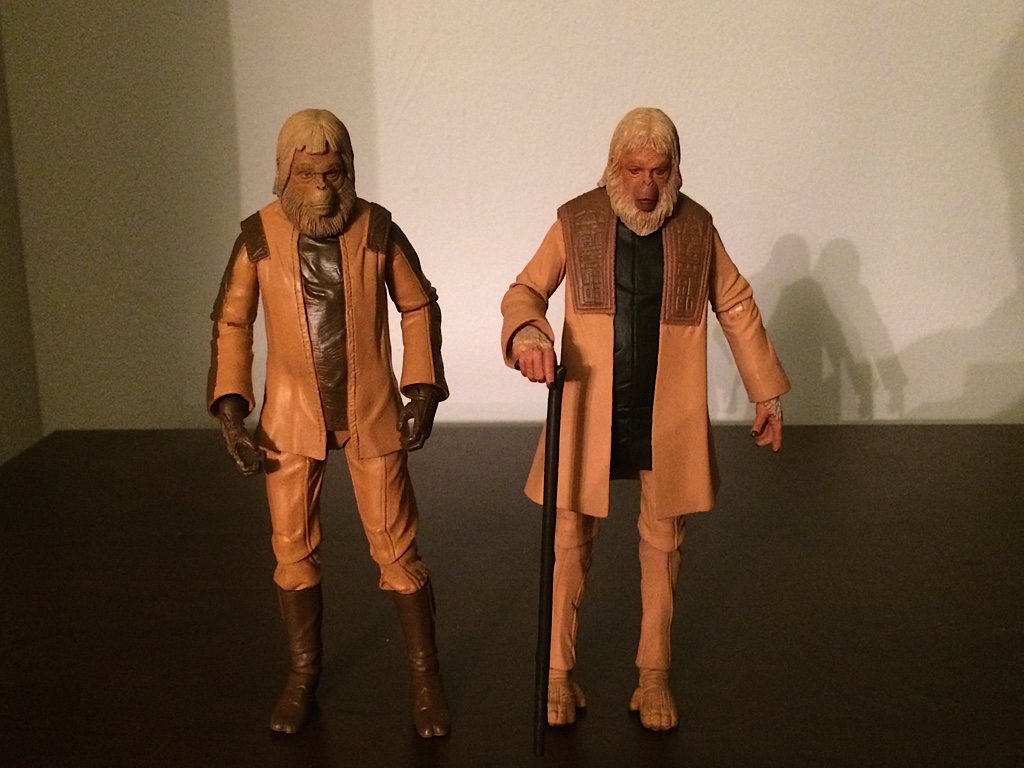 Come to think of it, I also want a Steam Bath Dr. Zaius. Seriously — get on that, NECA!

CORRECTION: I originally wrote that Zira comes with a full family portrait. I need better glasses.