Such timing! Star Trek/Planet of the Apes #1 comes out this week from IDW and Boom! — and this 8-inch anti-hero arrived in the mail! Indulge me as I celebrate an action figure I’ve waited four decades for.

That’s not hyperbole. Li’l Dan’s childhood Hall of Heroes may have been led by Batman, but there was also Spider-Man, James Bond … and Taylor.

Hell, I didn’t even know he had a first name until years later. He was always just Taylor.

I was a devout Mego-head as regular readers here know. From the Planet of the Apes set, I only had Cornelius and Zaius but I loved them and played with them constantly. I never had the Astronaut figure. Rather, it was Action Jackson who would stand in as Taylor, bearded or not. I seem to remember making a toilet paper loin cloth for him. 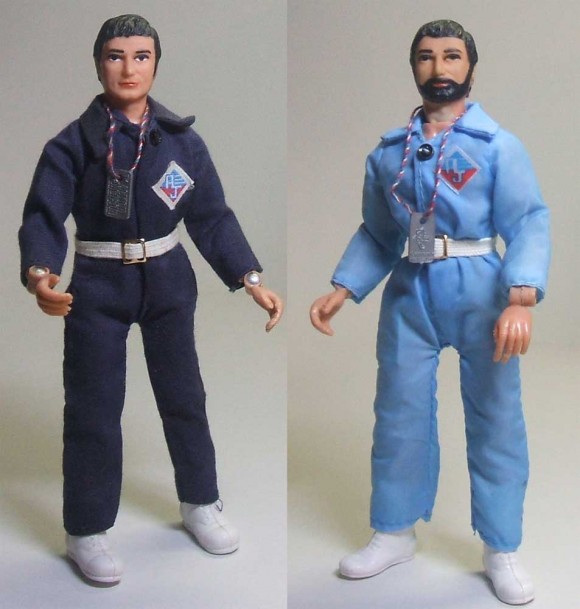 Fast forward many years and I jumped in feet first when EMCE remade the original POTA set. I collected them all, as they say, and even picked up an original Ursus that I found for a song at a comics store in Manhattan.

But now NECA has corrected a historic wrong and given us an 8-inch-scale Mego-style Taylor that not only is a dead-on accurate depiction of Charlton Heston but takes its place among the very best action figures that I have ever owned. 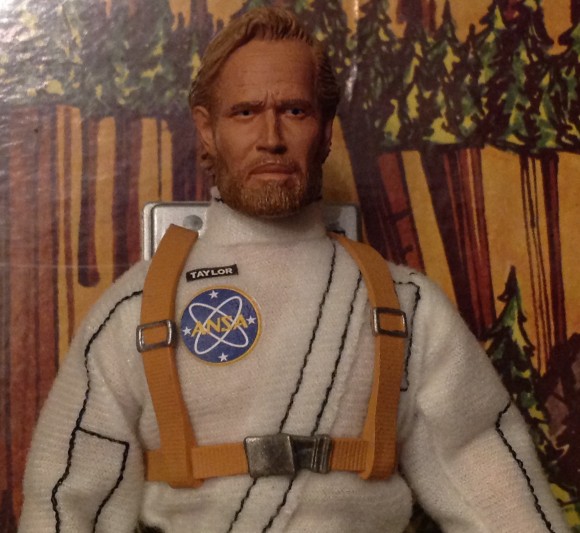 All Taylor pix by Sam Greenfield

Again, the level of detail in the head sculpt is extraordinary and, like many other fans, I hope we also get a 7-inch scale Taylor to do with the rest of NECA‘s superb 7-inch line, which I’ve written about here and here.

The clothes are a soft, kind-of felt material, with appropriate decoration including the ANSA emblem on the chest. The boots are molded-on plastic and the backpack not only comes off, but it opens to reveal an astronaut survival kit. The items, including a pistol, can’t be removed but that’s just as well. 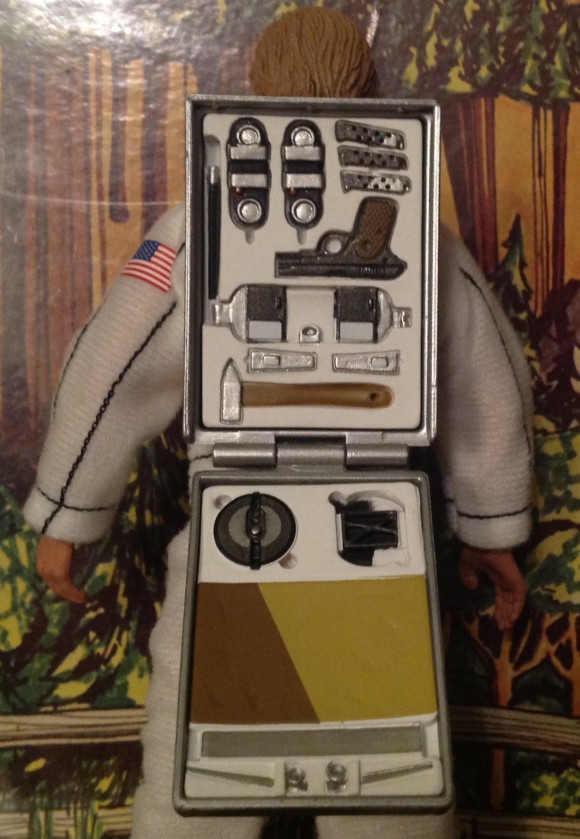 The one quibble I have is that he doesn’t come with a loincloth change of clothes. Maybe NECA‘s got something up its collective sleeve on that front.

The packaging is classic Mego-style clamshell with gorgeous painted art, both front and back. It’s nice to see Dodge and Landon making cameo appearances. 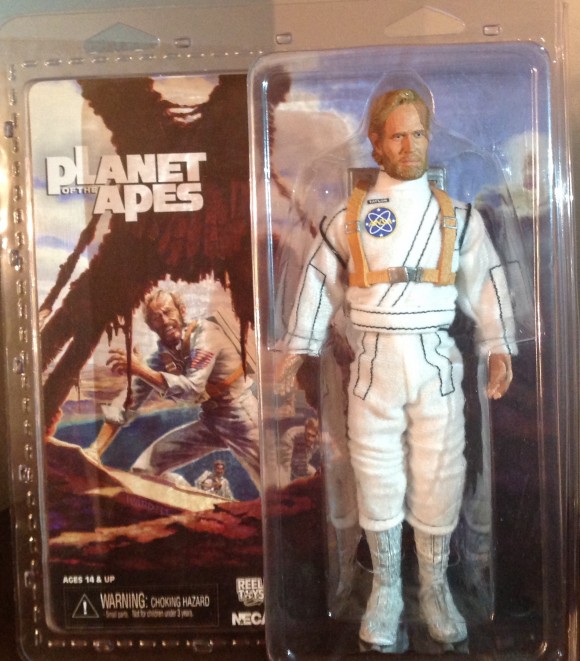 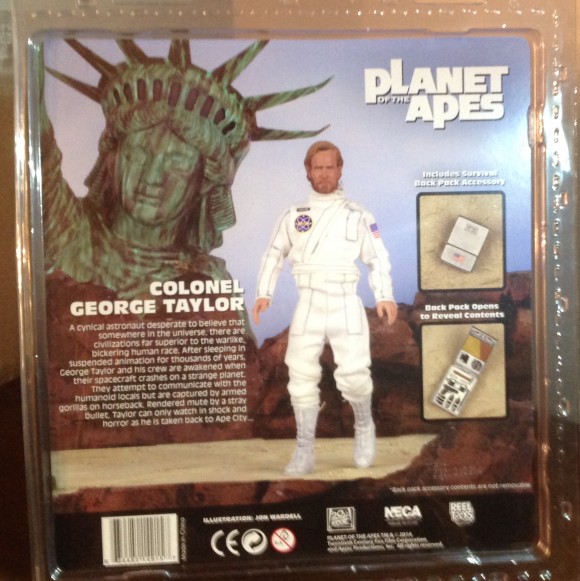 The clamshell is resealable but you have to cut away excess plastic and I would have preferred a design that didn’t require that. Other companies have solved that issue and I’d like to see NECA improve that. 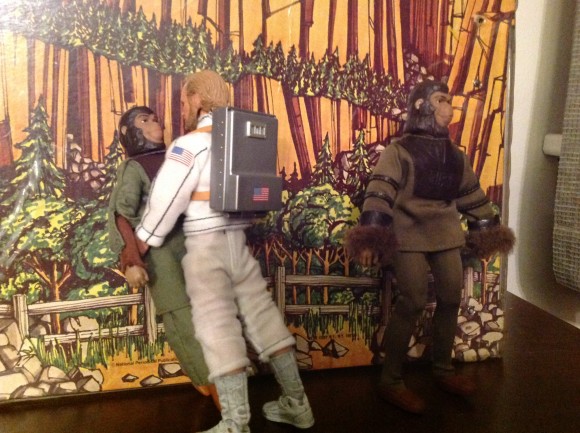 But these are such minor issues. I can without reservation say this is magnificent action-figure artistry and it raises the bar in the recent resurgence of Mego-like figures that have thrilled long-time fans like you and me. 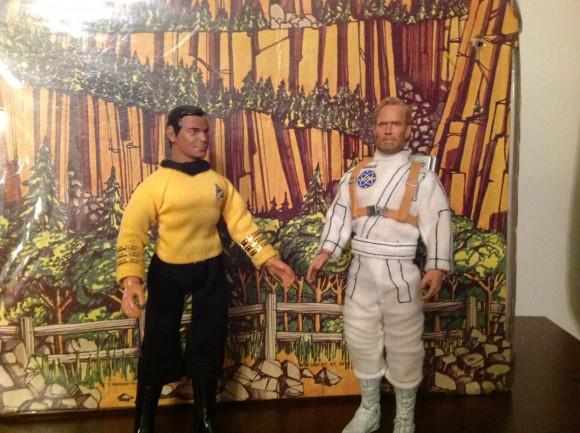