STILL MORE ALLRED! The superstar artist enters the 13th Dimension for the month of May to offer EXCLUSIVE commentary on every one of his BATMAN ’66-themed variant covers for DC.

Has it been a month already? Well, that’s too bad because this is been a fun journey through the colorful, go-go mind of Mike Allred.

Miss the first three weeks? Naughty naughty! But you can catch up here, here and here. With a bonus here! 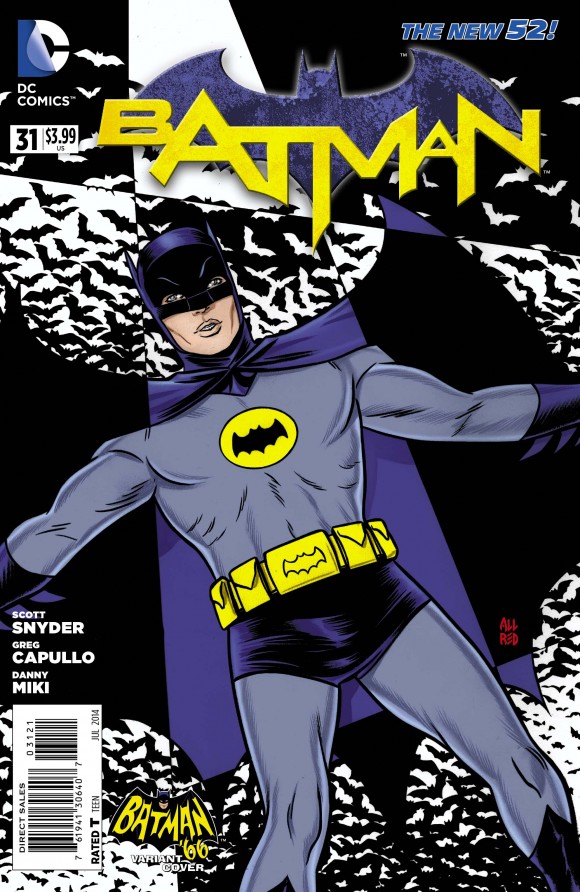 BATMAN #31.Alex Toth was a mentor. With this one I tried to channel what Alex would do with an Adam West Batman. This was the result. He’d probably hate it. Just kidding. 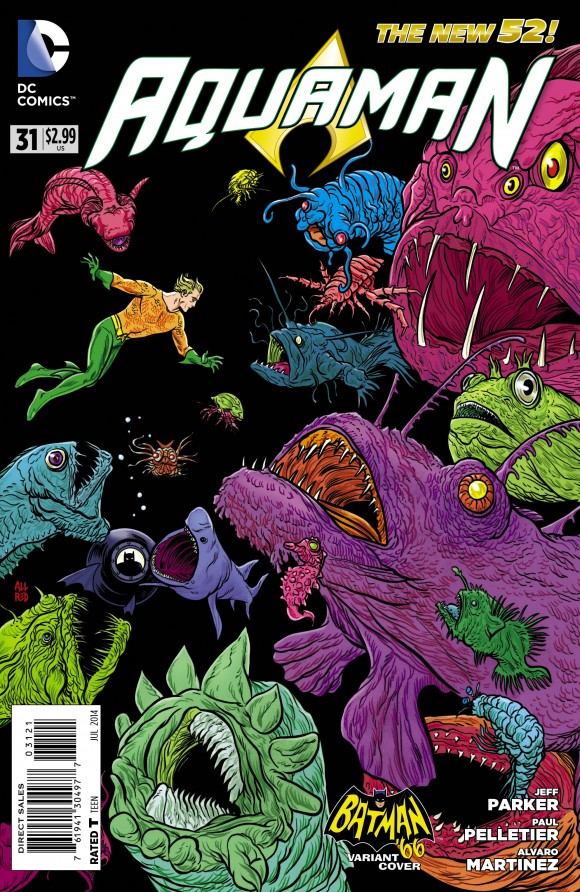 AQUAMAN #31.This one popped into my head fully formed. But without Batman. Mark Chiarello, (wife and colorist) Laura and I all agreed that it should have a “black light poster vibe,” and then when I started inking it … LIGHT BULB! BAT-thosphere! 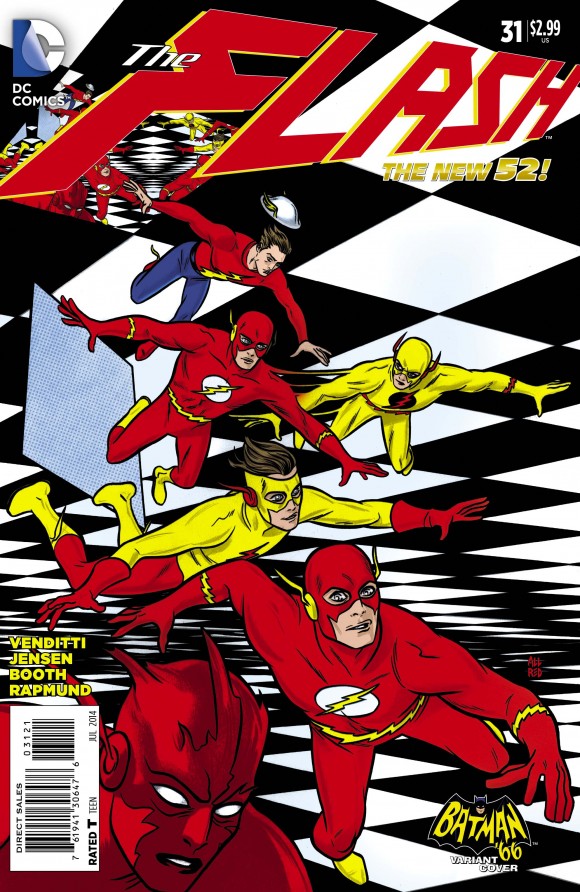 THE FLASH #31.When I didn’t have a clear idea of how to bring Batman directly into a cover I would also think on something that would bring the era, and the spirit of the TV show, to mind. This trippy sorta psychedelic image popped into my head. And I jumped at the chance to draw a classic Wally West Kid Flash.

(Dan jumping in here. This is easily one of my favorites of the entire month. A spectacular tribute to the Flash’s universe … with a healthy dose of “Yellow Submarine” thrown in for good measure, whether Mike intended that or not!) 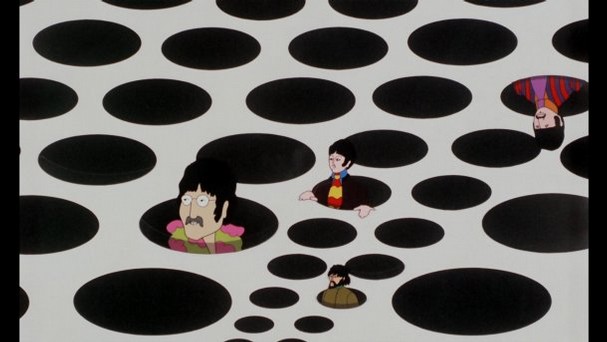 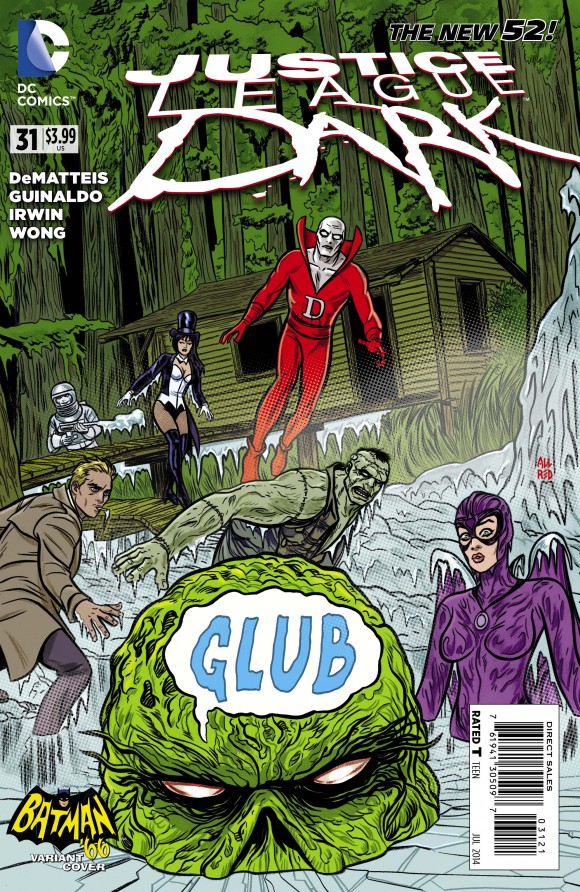 JUSTICE LEAGUE DARK #31.Swamp Thing frozen in ice by Mr. Freeze. Just seemed like a fun idea to tie (freeze) the group to the TV show. Deadman is one of my favorite characters so I made sure to float him in the center. And then Zatanna in fishnets … Woo-Hoo! Done! 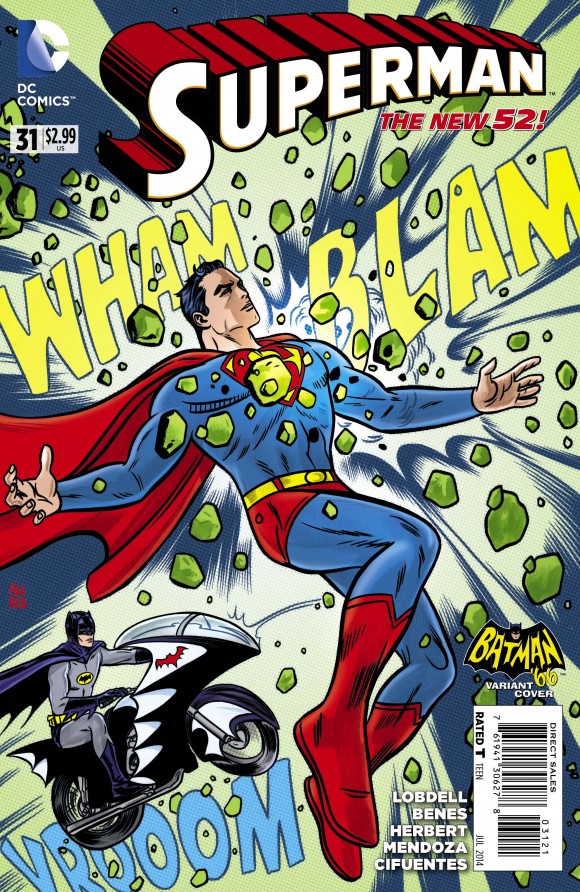 SUPERMAN #31.Mark was hoping to see the Batcycle in one of these covers, so this seemed like the perfect place to give something punchy with Superman and Batman on his bike bursting into frame.

Schedules are funny things. And not always reliable. Here’s one more Allred cover, for BATMAN/SUPERMAN #11, which actually came out last week: 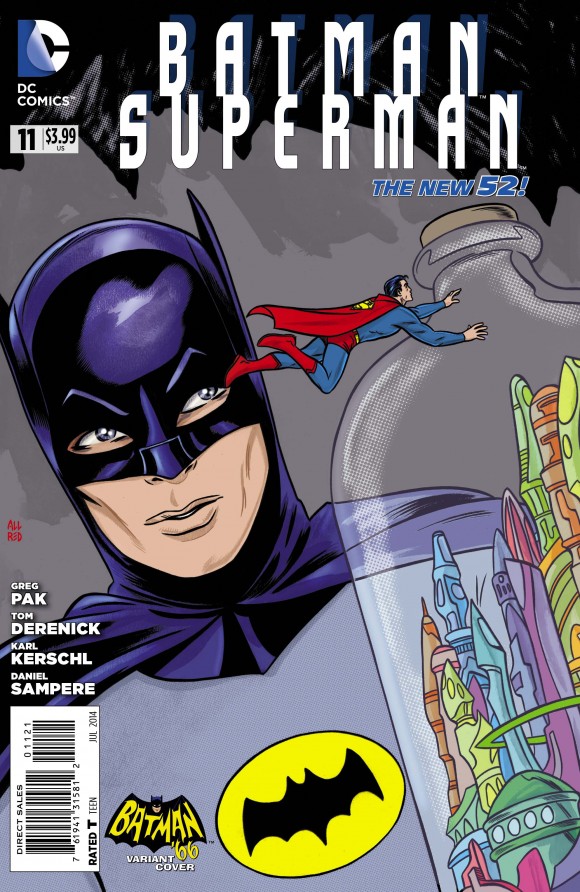 I wanted at least one cover with an Adam West-style Batman. And with no particular actor to inspire my Superman, I just made the decision to draw him small, which made me think of the City of Kandor in the Batcave. I like covers that create a story in your mind. So fill in the minds as you see fit.