Miss the first week? Shame on you! But you can catch up here! 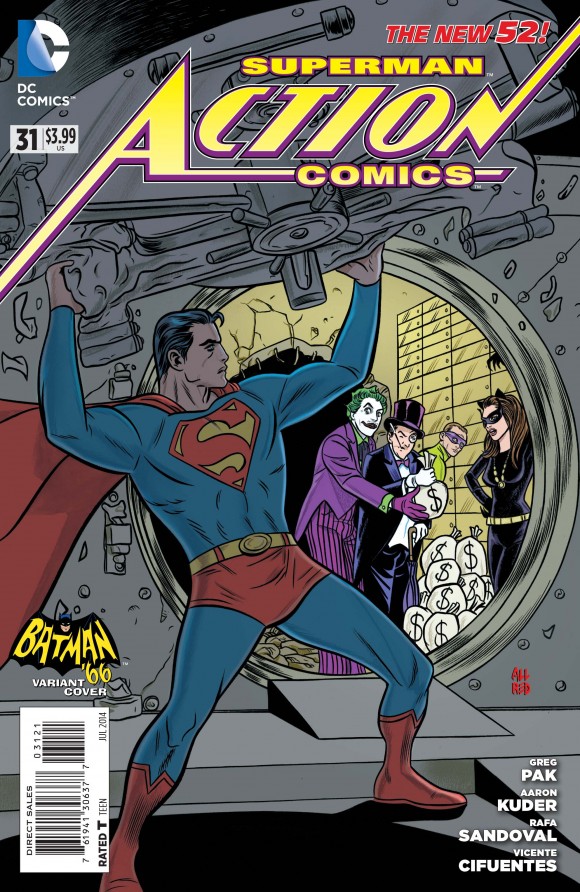 ACTION COMICS #31. I wanted to tie Superman into the world of the Batman TV show. Ripping the door off of a vault seemed a nice way to show his easy strength and introduce Superman to Batman’s key rivals. 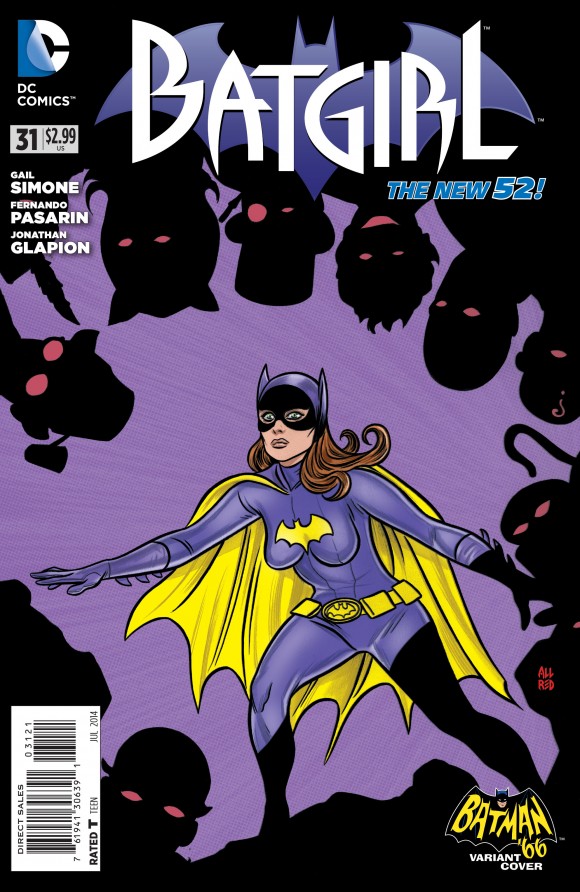 BATGIRL #31. Man, I LOVE Batgirl!  I’d love to do a whole book someday. I had several childhood crushes, and Batgirl (along with Catwoman, Gwen Stacy, Medusa, etc.) was one of them. Here I wanted all the focus to be on her. So, I framed her with recognizable silhouettes of villains. 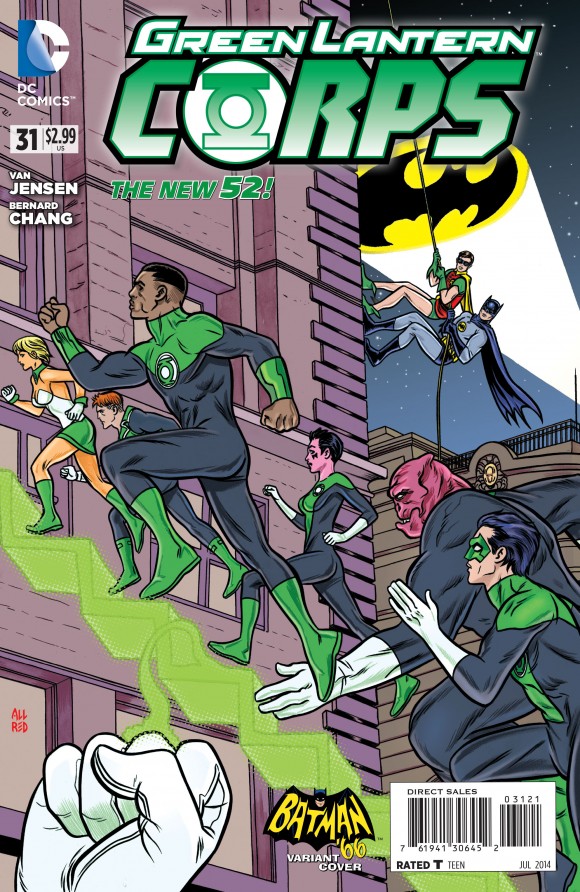 GREEN LANTERN CORPS #31. With each cover my first thought was how I could possibly tie it into the world or spirit of the Batman TV Show. This playful image came to mind where we see the classic shot of Batman and Robin climbing a building with a rope, and their efforts to make it to the top of a building are blown away by the Corps. 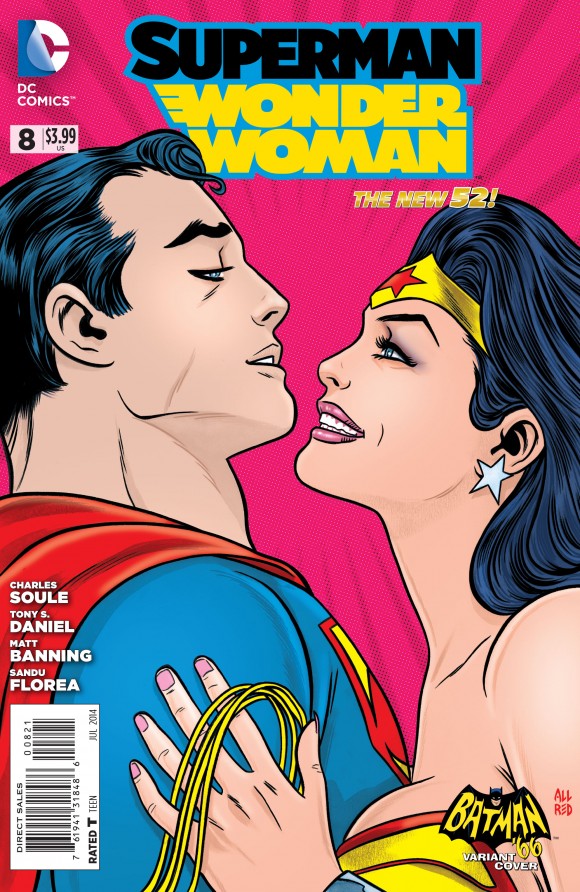 SUPERMAN/WONDER WOMAN #8. In my mind, when all is said and done, I’d like to see Batman and Catwoman end up together (those kids can work it all out). And I feel the same way about Superman and Wonder Woman (apologies to “Team Lois”). I just wanted to create a simple image that showed a kicky spark. Of all the covers, surprisingly, this is the one I’ve received the most varied reaction from.