Plus! A MIGHTY Q&A with Craig Yoe and Clizia Gussoni: Everything You Wanted to Know About WEIRD LOVE But Were Afraid to Ask! 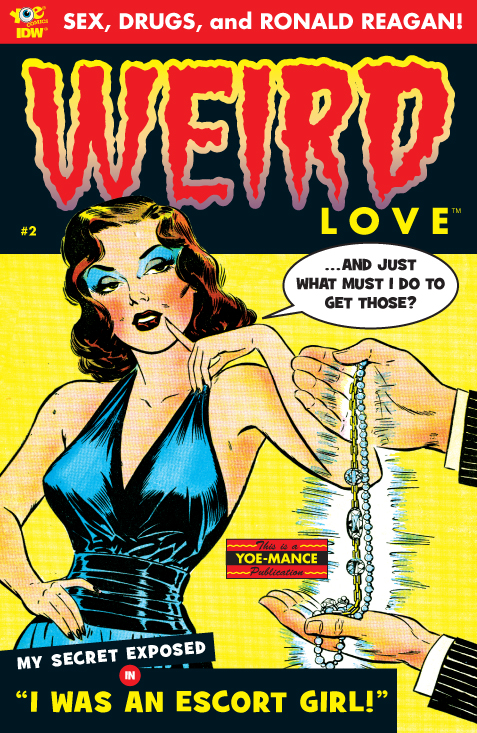 Craig Yoe and Clizia Gussoni are the Masters and Johnson of oddball, Cold War-era, sexytime comics.

We’re talking bizarro, very-much-of-their-time romance tales like the first issue’s “I Fell For a Commie!”

They research, curate and tell us it’s OK to watch!

Anyway, Craig and Clizia have provided us with a full story from Issue #2, which is out July 2 from Yoe Books/IDW. And they also answer all our tawdry questions! 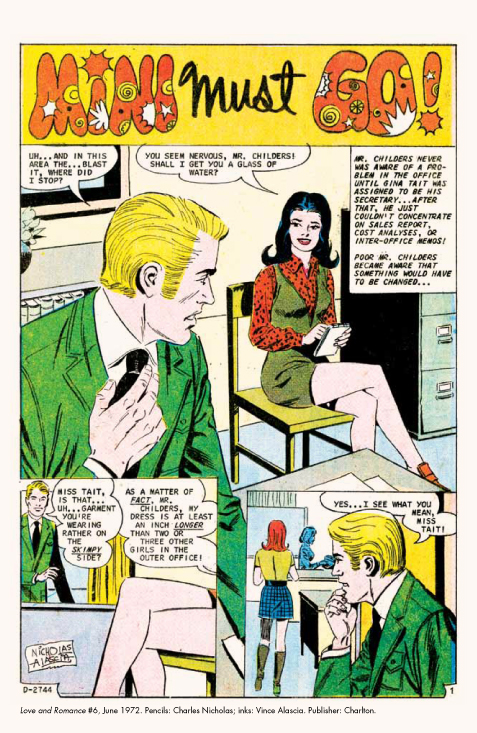 Craig: Dan, I was researching cartoonist Bob Powell for “Bob Powell’s Terror” a horror comics collection we did. I happened to run across a really weird romance comic book story that Powell had illustrated: “I Joined a Teen-Age Sex Club.”

One of those cartoon light bulbs flashed on above my head: “Holy weird love, Batman! If there are more wacky, bizarro romance comics like this, then, at last, I may have discovered a way to grab people’s attention for one of my fave genres: the once-mighty, now forgotten and much under-appreciated, romance comics!”

Clizia: We have an ongoing list of probably 100 books and comics we want to do –for real! But when the idea of Weird Love hit, we immediately moved it right to the very top! Chris Ryall at IDW got really excited about Weird Love, too, because he could see how cool these nutty stories were. Chris championed it from within. Actually, all the good folks at IDW got psyched, both editorial and marketing. By the way, guys and gals (like Rosalind Morehead at IDW) equally were jazzed! Weird Love was a comic both sexes could get stoked about — and crack-up over! 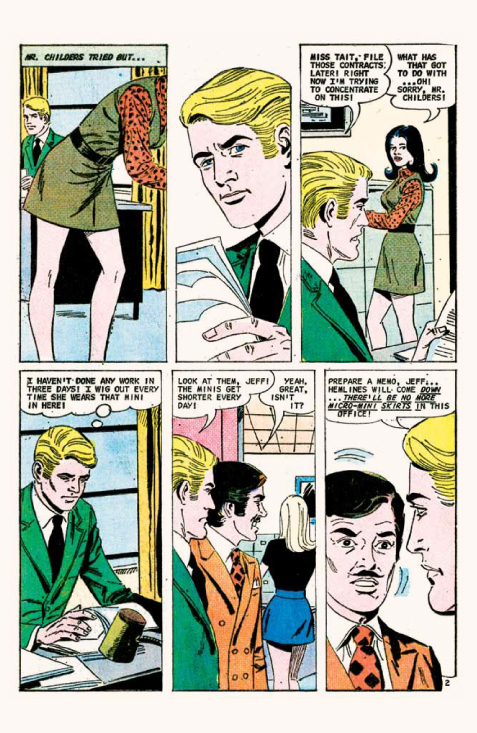 What is the best part of diving back into those old stories?

Craig: I think the same thing that has caused the incredible love of Weird Love from all its instant fans: the entertainment value. It seems to me that some contemporary publishers, editors, writers, and artists have lost the idea that comics should be FUN! Actually, as far as these particular stories go, I have to admit, they were written to be enjoyed, yes, but with fairly serious storylines, not something to be laughed at. But now we see them in today’s context and with some enlightenment and progress in regards to male and female relationships and sexual mores. What makes for darn fun is reading many of the stories and rolling on the floor laughing while shouting, “That’s so wrong!”

Clizia: “There are so many incredulous comics perfect for Weird Love that we’ve found — we have 16 issues laid out! But I don’t think we’re ever not shocked by how depraved, politically incorrect, or beyond the pale the stuff we’re still unearthing is! We discover more stupefying stuff from comic book dealers and collector friends every week! 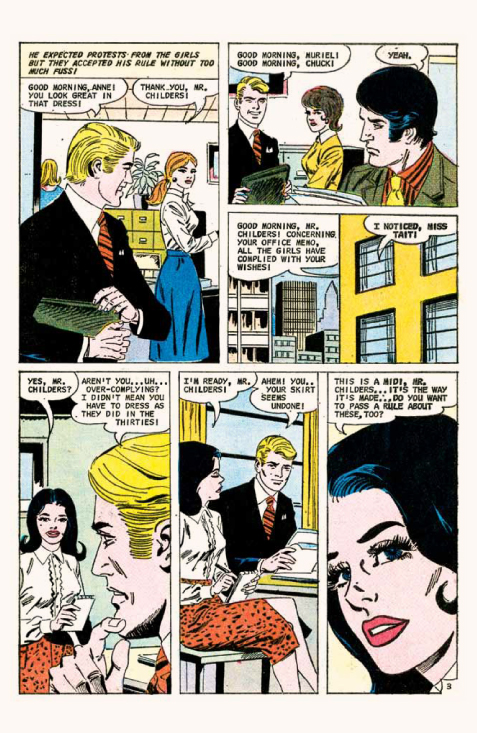 How do you choose? That was such a bizarre era of storytelling.

Craig: We both, when we read one of the moldy old comics, have to shake our head and exclaim, “WTF!” Hahahaha! 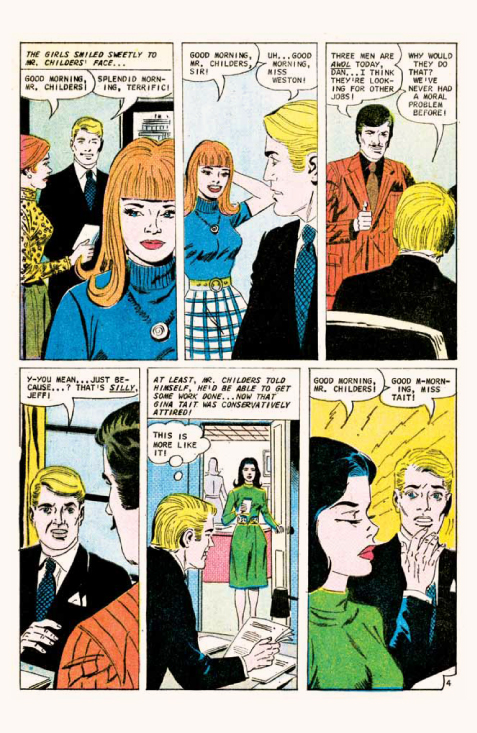 Have you thought about doing an issue with current creators doing new content?

Clizia: Speaking of fun, that would be a blast, Dan!

Who are some of your favorite purveyors of this dangerous smut?

Craig: At first, I thought we would just have Golden Age material. The later end of that era, when romance comics proliferated and outsold by far superhero comics, neck and neck with crime and horror, was a fertile time for weirdness. That’s where comics like “I Fell for a Commie” in our first issue came from.

There were many publishers with dozens and dozens of titles that were churning out these “love comics” (which is the term I knew them by growing up). Many of the stories back then had highly sexualized themes and art — this was the era when publishers were spicing up their line with what Dr. Fredric Wertham termed “headlight comics.”

This gave us comics like the “I Joined a Teen-Age Sex Club,” which we’ll have in a future issue of Weird Love. Along with the racy, salacious material, the writers would dream up unusual angles because of either boredom, or competition and wanting to stand out. There were stories like “Too Fat for Love!” in the upcoming second issue. The publishers got away with some pretty weird stuff before the Senate investigations of comic books and before the censoring Comics Code cracked down. 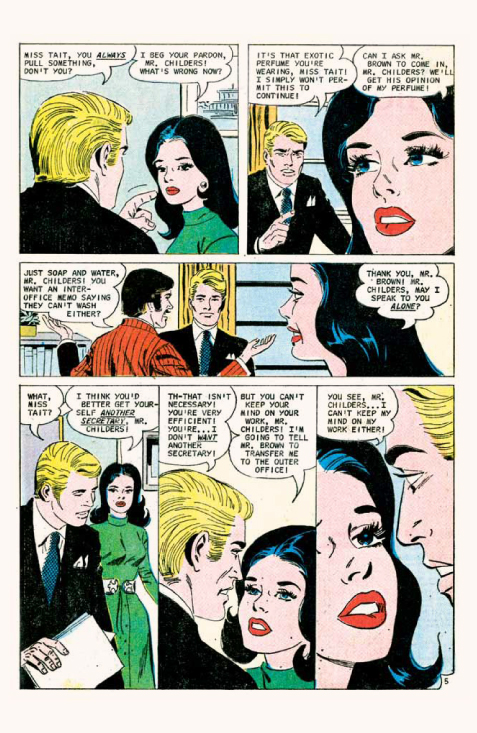 Clizia: Charlton Comics are my favorite. Joe Gill, the main writer for that publisher, was vainly trying to hold onto a male-dominated world as he was being faced by the growing feminist movement of the 1970s. His attempts to “put women in their place” are kind of pathetic from today’s viewpoint, but now mostly darn hilarious. There’s been enough progress that the content now is self-defeating — it just makes you heartily laugh about the ridiculously outmoded viewpoint of that time.

Craig:  Along with really over-the-top dumb male chauvinism at Charlton there was a lot of funny anti-hippie stuff, where the girl protagonist flirts briefly with some dirty long hair before going back to her suit-and-tie-wearing teenage boyfriend. We’ll have a lot of that ahead.

But the craziest thing was when Joe Gill gave in to the hippie revolution. He figured if you can’t beat them, join them. Then he started jamming romance stories with a weird concoction of things like sex (a la swinging), drugs … and lots of spanking! There’s a mystery there about how Charlton got Code approval for some of these things I don’t think other publishers like Marvel and DC could have got away with.

We’re again getting away with it now in Weird Love, though, baby! (Don’t tell anybody!) 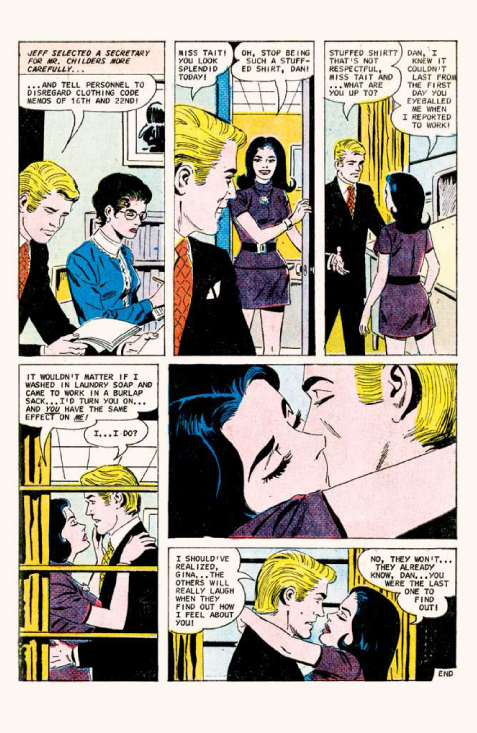 What’s been some of the best reaction so far?

Clizia: The reaction has not only been great but STRONG! I don’t think anything we have ever done has got so much enthused buzz and so many reviews except “Secret Identity: The Fetish Art of Superman’s Co-Creator Joe Shuster.” Maybe that makes sense since that book and Weird Love have some similar sensibilities!

Here’s what just a couple of the many excited reviews have said:

“This blew my fucking mind. This is going to sound strange, but I would love for a feminist studies class to dissect these stories because the way the women are perceived was the most interesting aspect for me.” — Comic Bastards.

“Some of the more depraved love stories of the 1950s. If that’s not something you’re into, I don’t know if we can be friends anymore.”–Topless Robot.

Craig: And the reviews just keep coming! The first issue had to be instantly reprinted to meet the demand and blogs that cite certain comics as strong investment possibilities are pointing to Weird Love as one. But, forget the fame and fortune … we’re having so much fun with this that Weird Love should be illegal!

For more Weirdness and awesomeness, hit up Yoe Books (an imprint of IDW) at yoebooks.com. 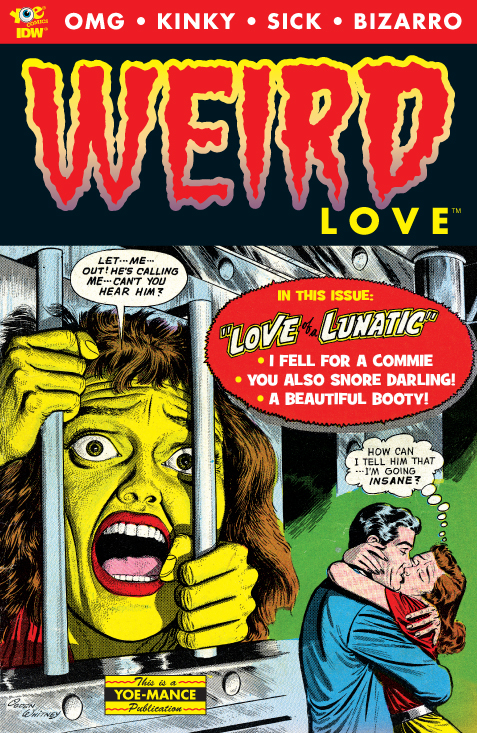