Dynamite’s Captain Action prequel miniseries Codename: Action wraps in February, and we have an early sneak peek! And hey, who’s that blue dude with the exposed brains … ?

Chris Roberson writes, Jonathan Lau arts. Jae Lee covers. Dynamite blurbs: “Infiltrating the secret island headquarters of the enemy, Operative 1001 and his allies manage to free the prisoners, and it seems that the day has been won. But when he learns the true identity of Dr. Thorpe, he discovers that the threat is much larger in scope than he had ever imagined, and that the danger is far from over. Guest-starring the Green Hornet, Kato, American Crusader, the Spider, Black Venus, Green Lama, the Death Defying Devil and more. Miniseries’ final issue.”

Here’s some fancy preview art! The book is scheduled for Feb. 5. 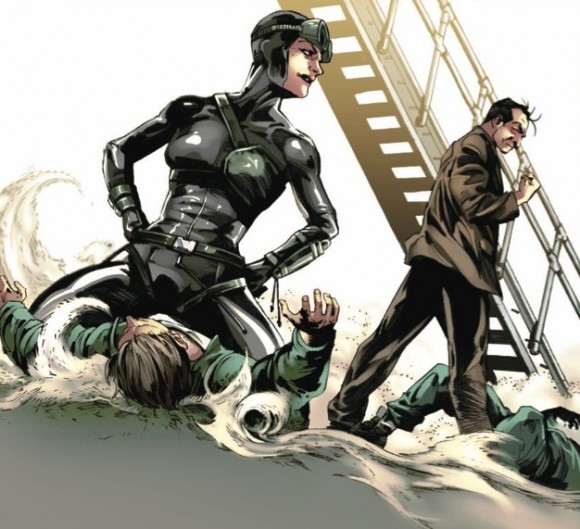 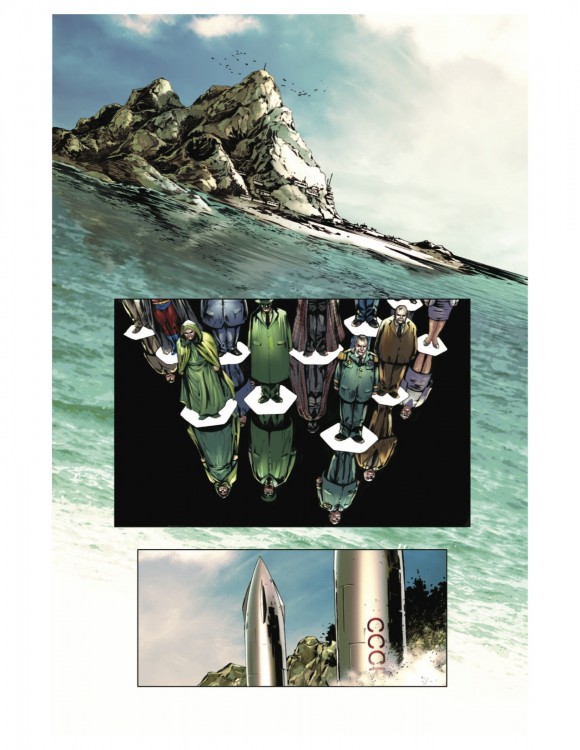 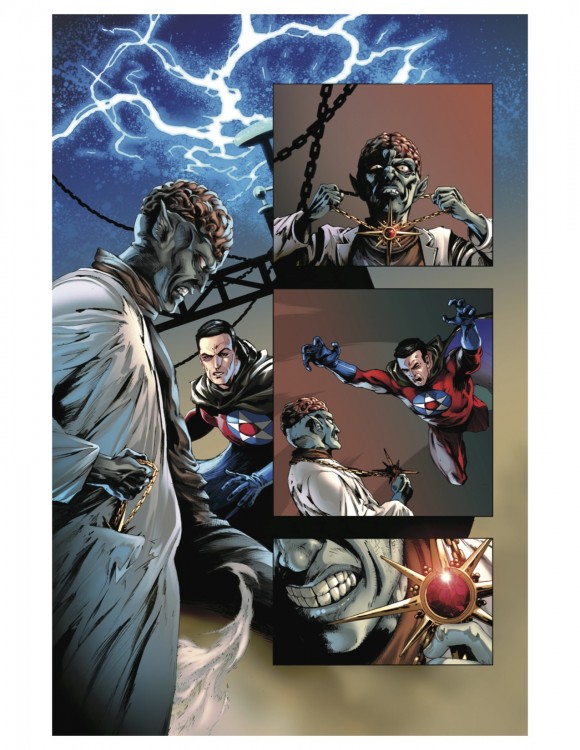 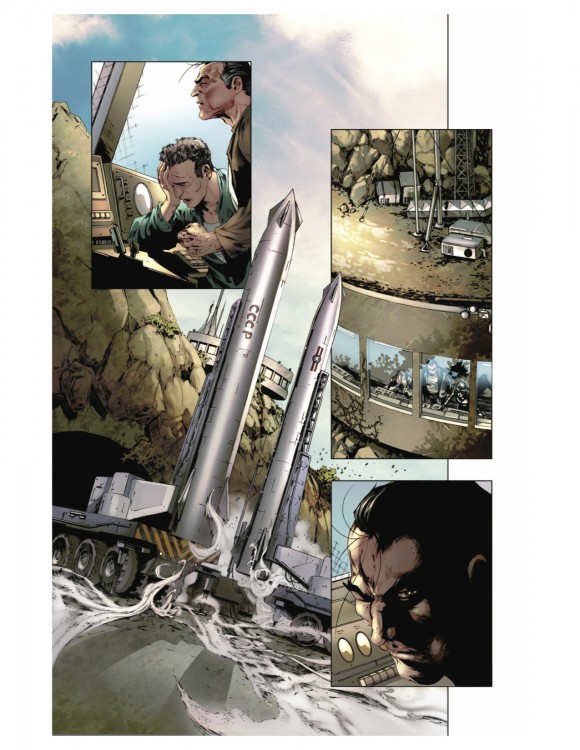 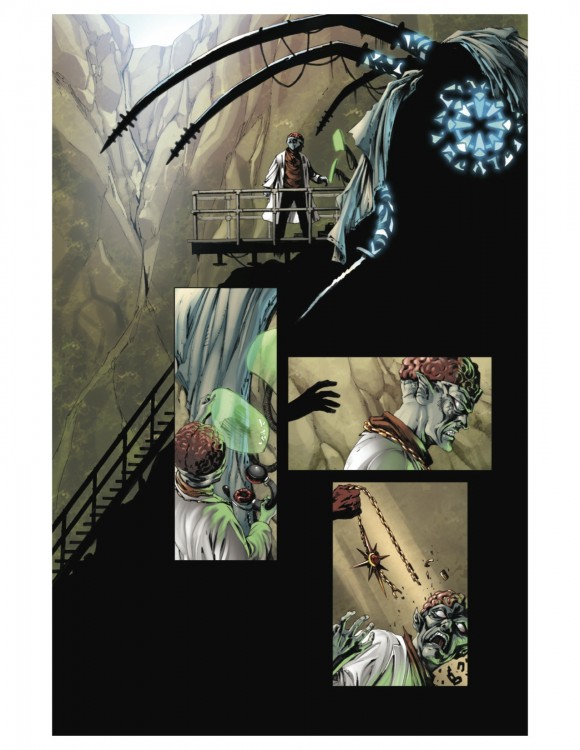