I’ve been waiting for this one for awhile … 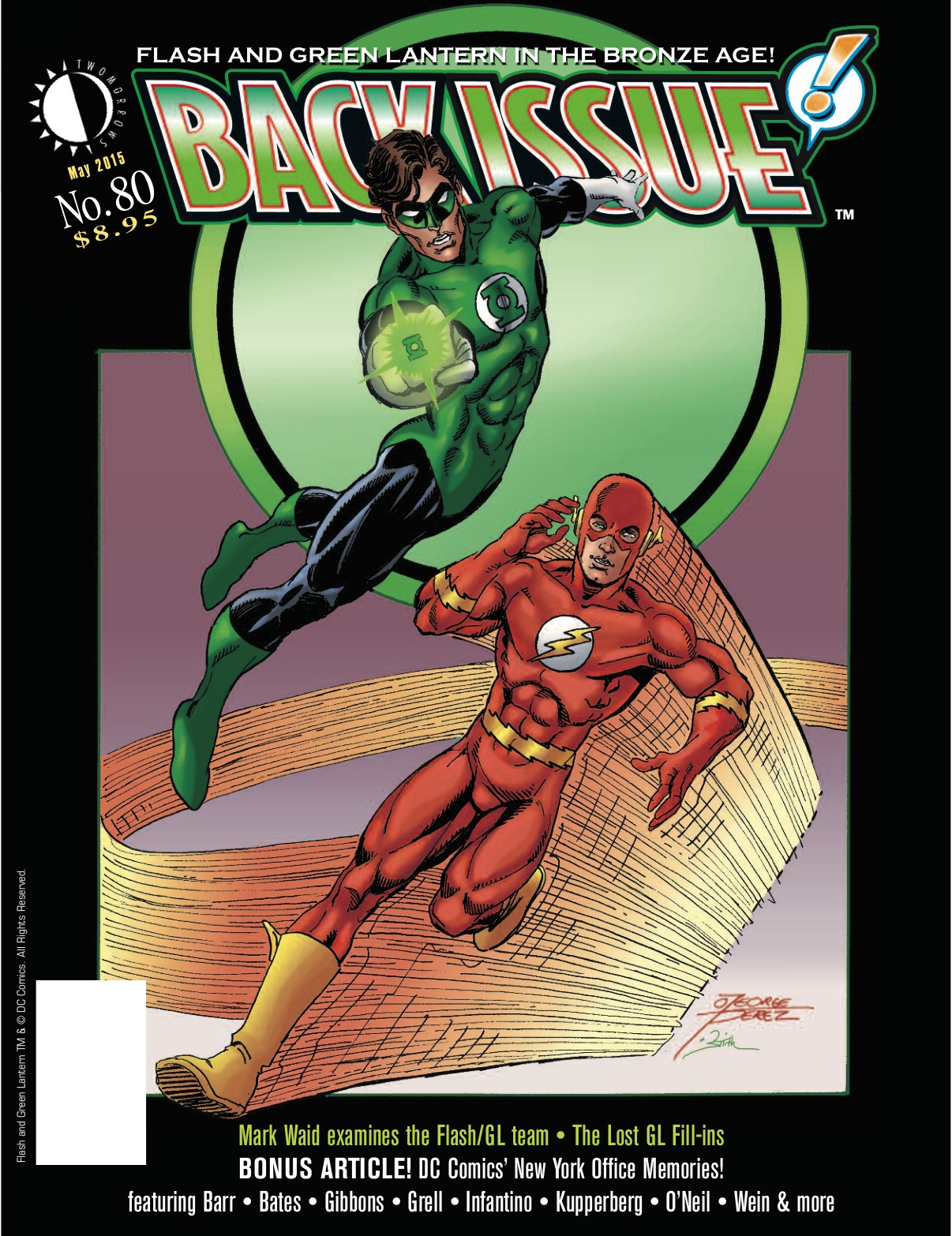 There’s always something in an issue of Back Issue I’ll dig, even if the theme of the month isn’t in my wheelhouse.

Then you get issues like the one that’s out as early as 4/22, depending on the vagaries of shipping. (You can also order directly from TwoMorrows.)

This is Flash and Green Lantern in the Bronze Age, which means this whole issue will be awesome.

And we’re pleased to have an EXCLUSIVE FIRST LOOK at the issue for you. Editor Michael Eury typically posts pages in the mag’s vibrant Facebook group — but Michael‘s also provided pages just for us, which means just for you!

I’m especially glad to be able to preview the story about DC‘s New York offices. I got to go a few times — once with my son, who got a special tour of the library and man, let me tell you … 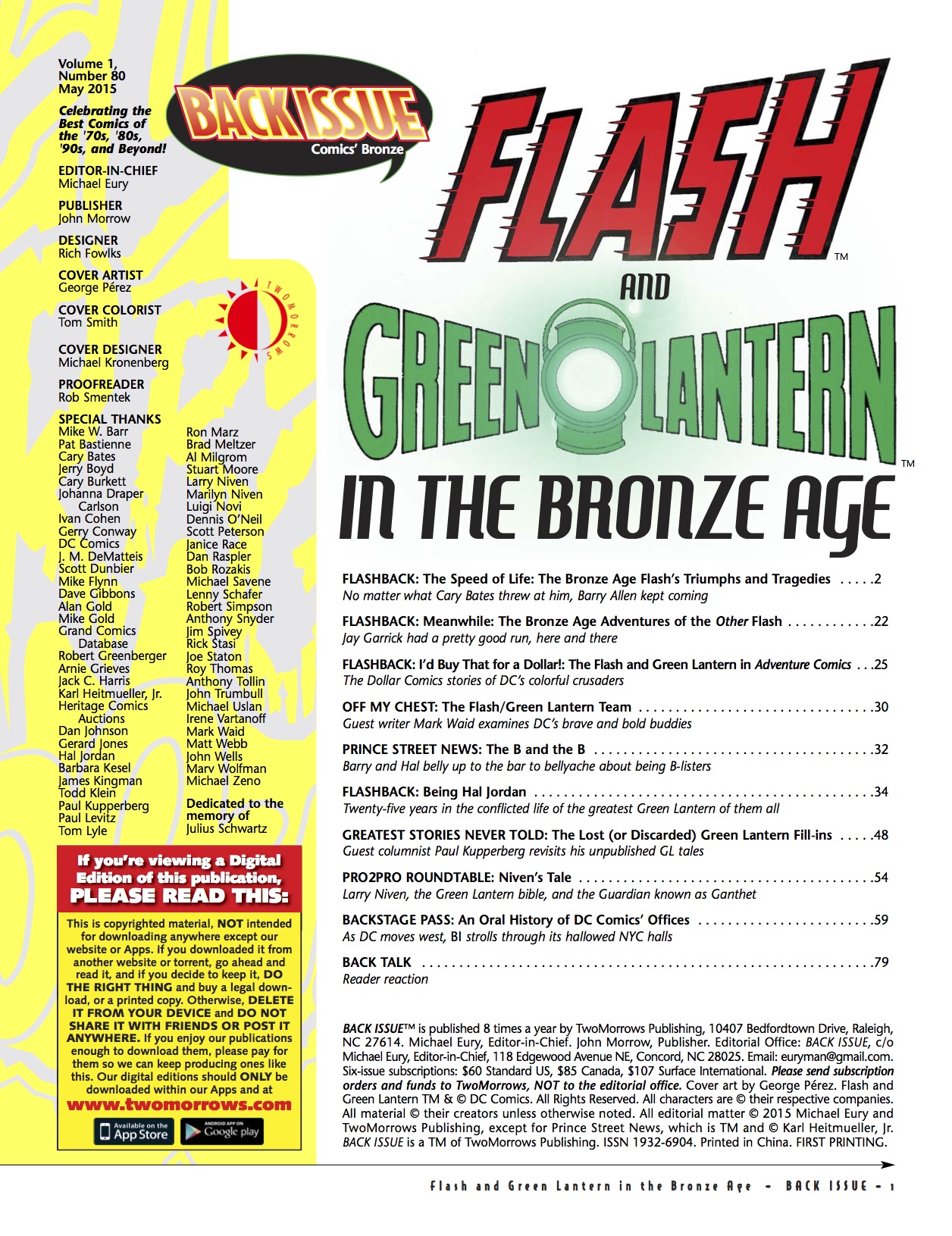 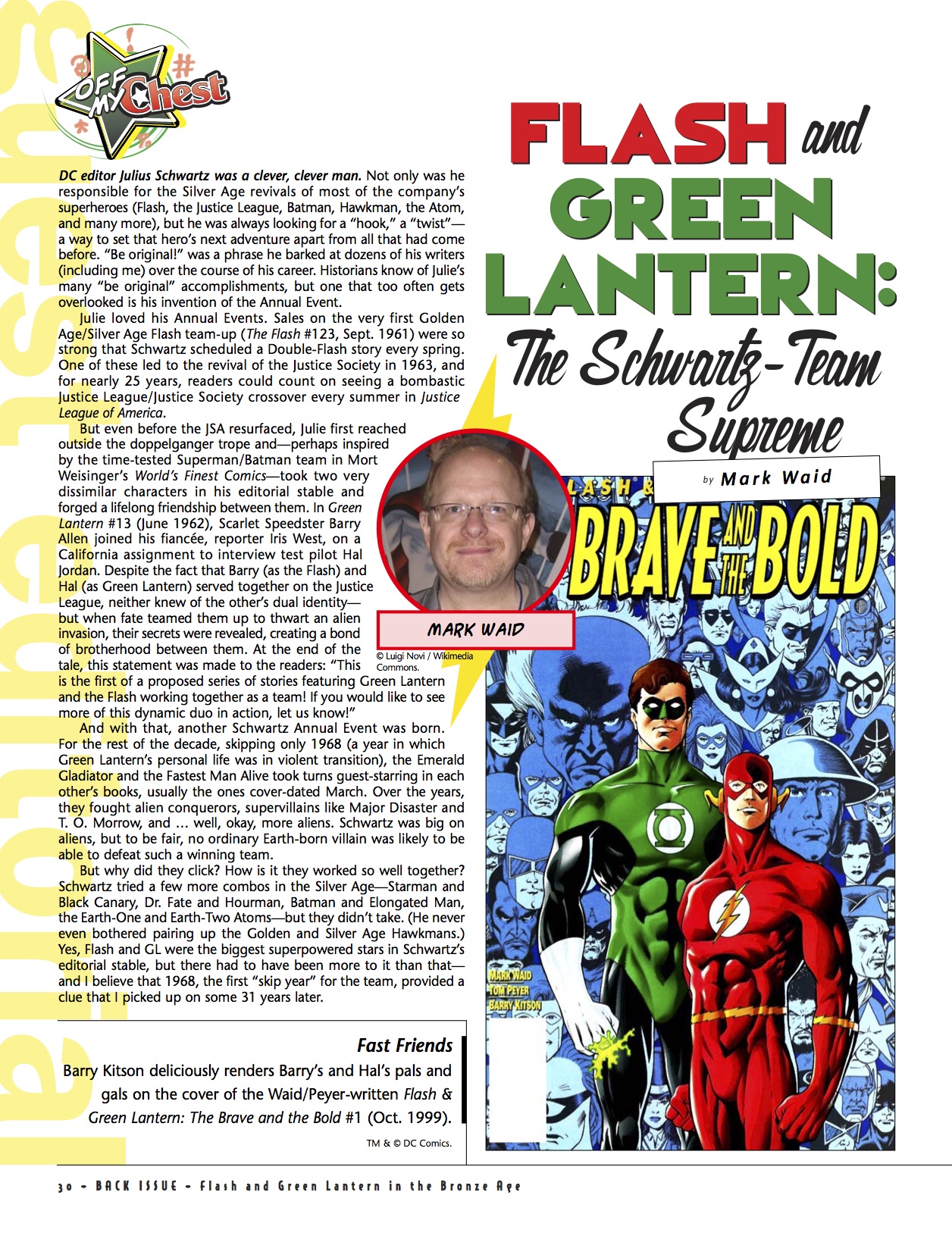 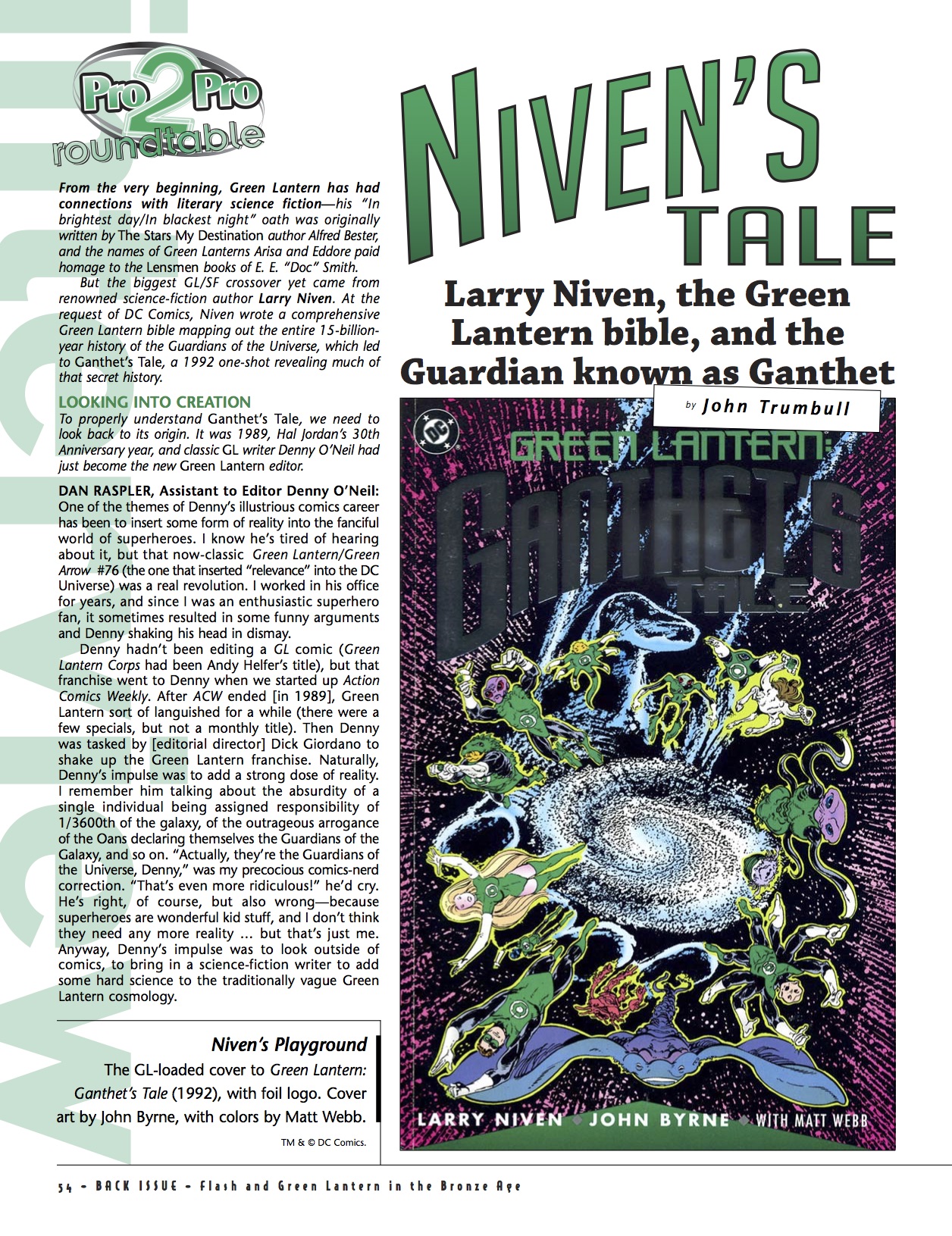 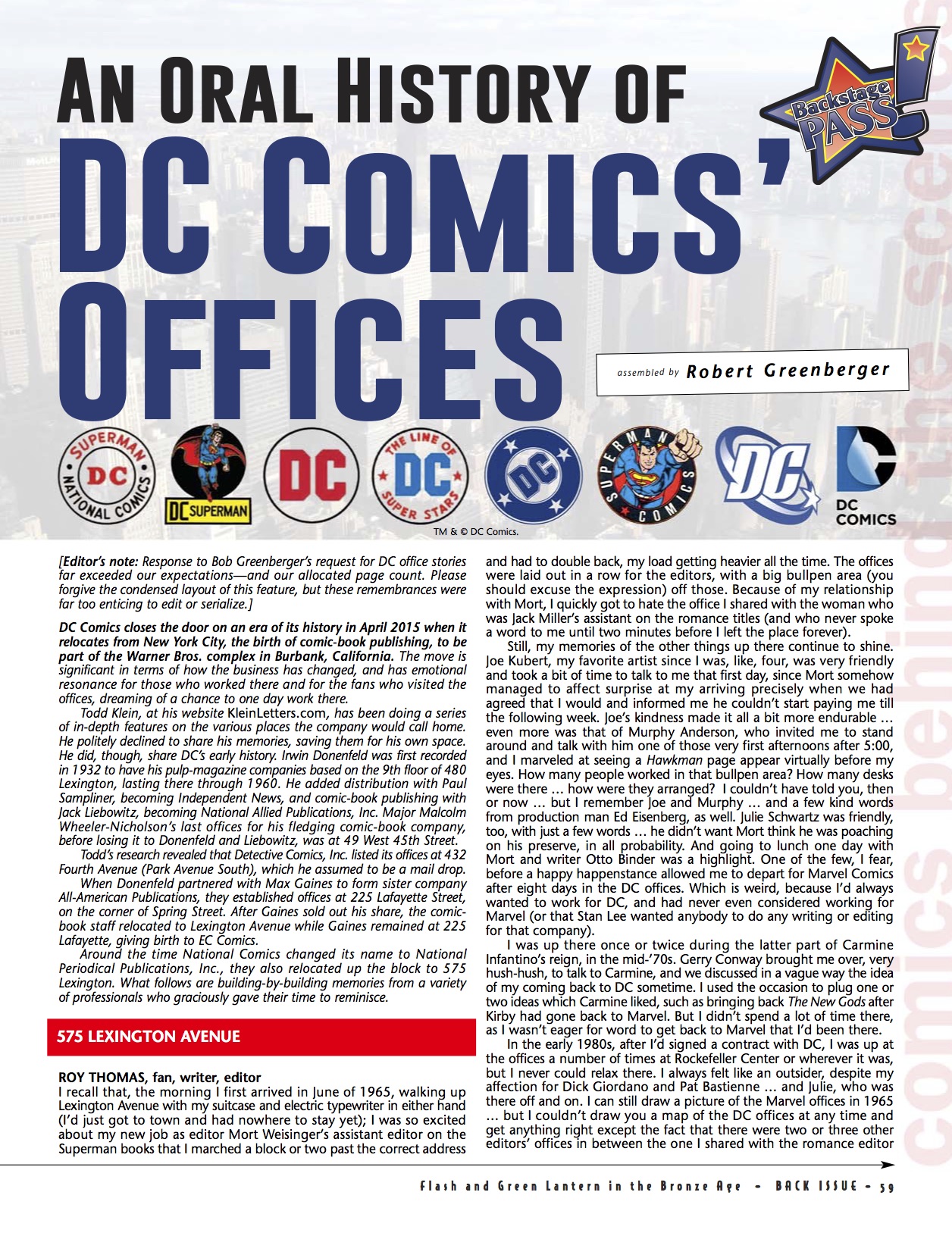