Figures Toy Company is bringing us a replica of one of the most sought-after Mego items EVER! 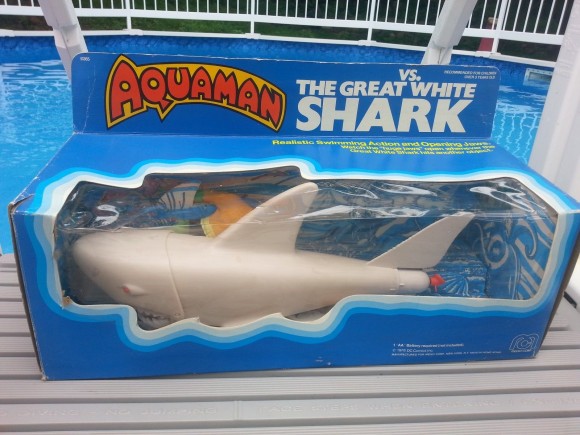 An original, as advertised on eBay.

Yup, in 2015, the Tampa-based manufacturer will be releasing the greatest plastic threat ever to menace the 8-inch swift and powerful monarch of the ocean!

Coincidentally, 2015 is the 40th anniversary of Jaws, which was, you’ll recall, the inspiration for the original set.

As it stands now, plans call for FTC’s Aquaman to be packaged with the beast. My sense is that it’s not gonna be a fully functioning one, but SO WHAT! SHARK!

Anyway, not sure of the release date or price just yet, but here’s hoping for a summer where it won’t be quite safe to go back in the water!

Oh, and as someone on the MegoMuseum.com message boards speculated some time ago, a shark could provide double duty … especially with the company’s 8-inch scale Batman ’66 shark repellent Bat Spray coming soon! 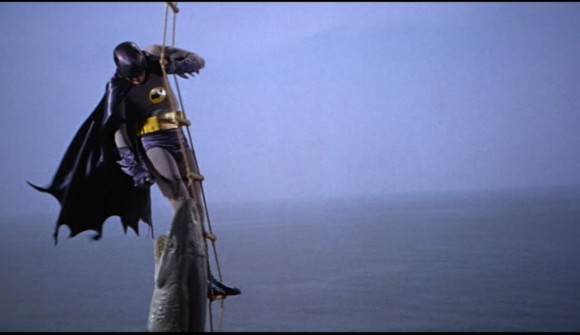 It always comes back to Batman.