The writer and artist behind the Image Comics hit will be at EAST COAST COMICON! Here’s what else they’re up to!

Artist Amy Reeder and writer Brandon Montclare will be together at the show, so come meet them! Here they talk about the return of Rocket Girl, their other projects and their comic-book favorites!

The two are among the many guests — like Fred Van Lente, Kate Leth & Ian McGinty and David Gallaher — whom we’re spotlighting ahead of the show.

For the full guest list, click here. Neal Adams! Steranko! Arthur Adams! Mark Morales! Jamal Igle! And for tickets, click here! East Coast Comicon is at the Meadowlands Exposition Center in N.J. There will be 300 exhibitors, the 1966 Batmobile, cosplay and other contests and so much more!

Brandon Montclare: I started working in comics in the 7th Grade — first at conventions — selling comics from my collection at the Great Eastern shows held in the Roosevelt Hotel near Grand Central Station. I’ve been in the biz in one form or another ever since.

Amy Reeder: Oh man, that is a long story. But I definitely didn’t plan on being a comic-book artist. I went to school to be a social-science teacher and secretly wanted to be a pop singer-type person. But when I graduated, I couldn’t get a job, and as a bored office temp started reading manga and thinking I could actually learn how to draw this stuff. Thank goodness I never got that teaching job! 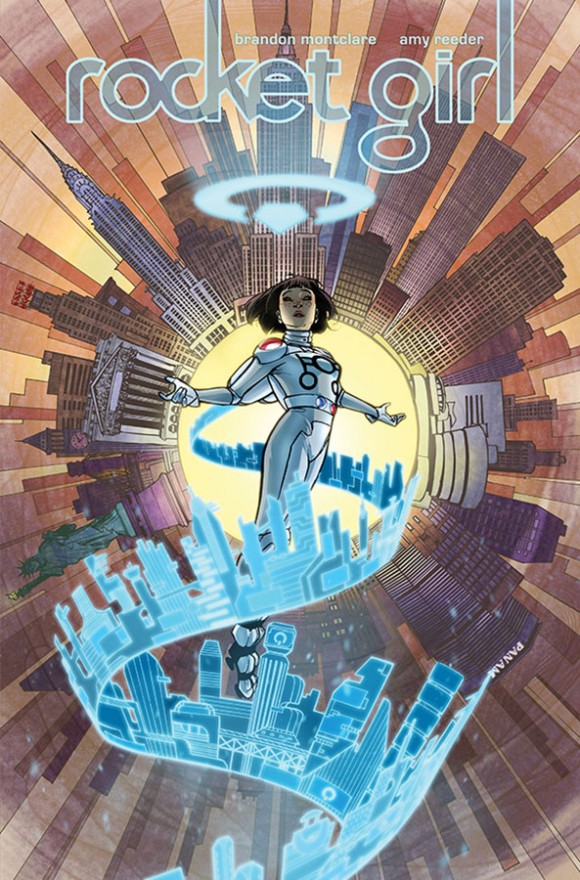 Montclare: I write Rocket Girl for Image Comics with artist extraordinaire Amy. It’s a time-travel story taking place in 1986 NYC — almost the same time I was working those first conventions! The second arc begins May 6 with our sixth issue.

Rocket Girl with Brandon! It’s a “blast.” Yep. No, it’s a ton of fun. It has time travel, action, and a 13-year-old Commissioner Gomez who smokes a cigar. Basically, you should read it. 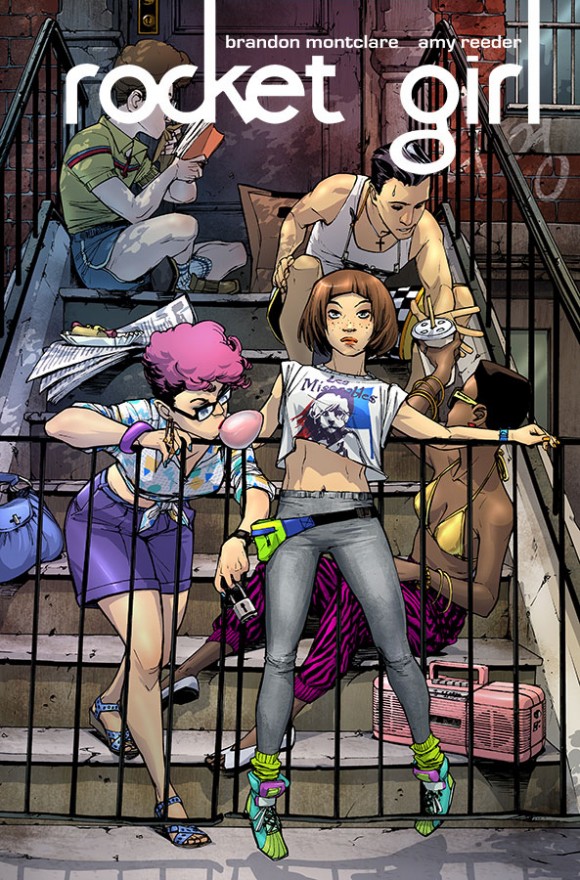 Montclare: It’s safe to say I’ve been to over 200 conventions. One of my favorite moments and definitely the most indelible was near the middle of all of them. It was very late/early one night in 2004 at the San Diego Comic-Con. I was alone walking back to my hotel and I can remember the air and the night and the neon on the hotels very clearly. I had finished hanging out with some pros, including the legendary editor Bob Schreck, who’d become my future boss. I was elated because, even though I’d been working a little at TokyoPop, it was that night I realized I’d have a future on the creative side of making comics.

Reeder: I think it was when Rocket Girl #1 came out, at New York Comic Con. I just remember being so busy that it felt like we had eight hands between the two of us, getting people copies. I was so thankful that these people were making it possible for me to do something I really believe in. 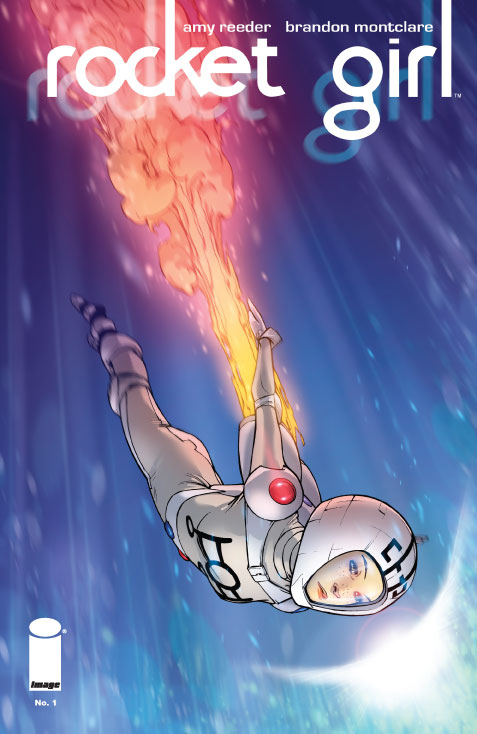 Montclare: I don’t know and I definitely don’t have it anymore. I had older brothers and my grandfather always bought piles of comics, so they were always around. It was probably an issue of Savage Sword of Conan — that magazine was definitely an early favorite. 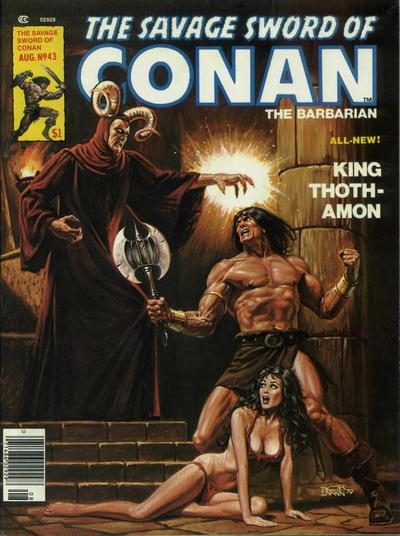 Reeder: Most people ask me the first comic I ever “read” — “got” implies I bought it instead of borrowed it! Interesting… I think the first book I bought was probably actually Rising Stars of Manga Volume 1. And it changed my life. It was a contest book Tokyopop was doing for Americans… You draw a 20-page comic and the top 10 are compiled into the book. It changed everything for me… I decided I HAD to figure out how to draw and make it into one of these books. And I got unendingly obsessed with improving and making comics for about eight months, and got into the fourth volume. 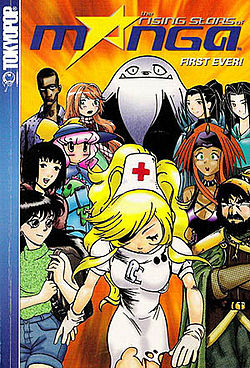 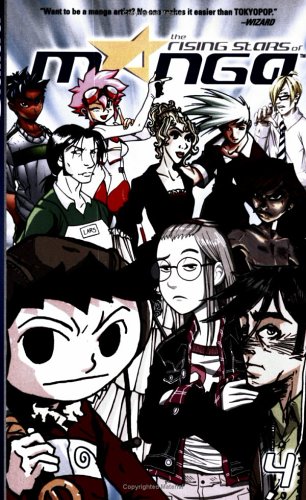 What do you recommend right now?

Montclare: There are so many great comics and I’ve got no time for other creators who say they’re too busy to read. Saga is a special book that’s as good as advertised. Felipe Smith writing Ghost Rider. The new Silk, with awesome art by Stacey Lee.

Reeder: I agree with Brandon — Saga, Silk and Ghost Rider are all great. I’m reading the new Jem for sure. It’s a nice slice of nostalgia. Squirrel Girl is fun and Erica Henderson‘s comedic timing is on point. Ms. Marvel is wonderful. I need to catch up on the new Flash Gordon but that’s been amazing. Also, Hexed. Great book and every creator on it is exceptional. Dan Mora is gonna be a superstar.

Amy and Brandon will be at East Coast Comicon at the Meadowlands Expo Center in N.J. Come meet them! Click here for tickets!