Just the other day, we showed you the final versions of the decade-tribute variants for March 11’s Robin 80th Anniversary 100-Page Spectacular #1 — complete with era-appropriate logos. (Click here to check ‘em out!) 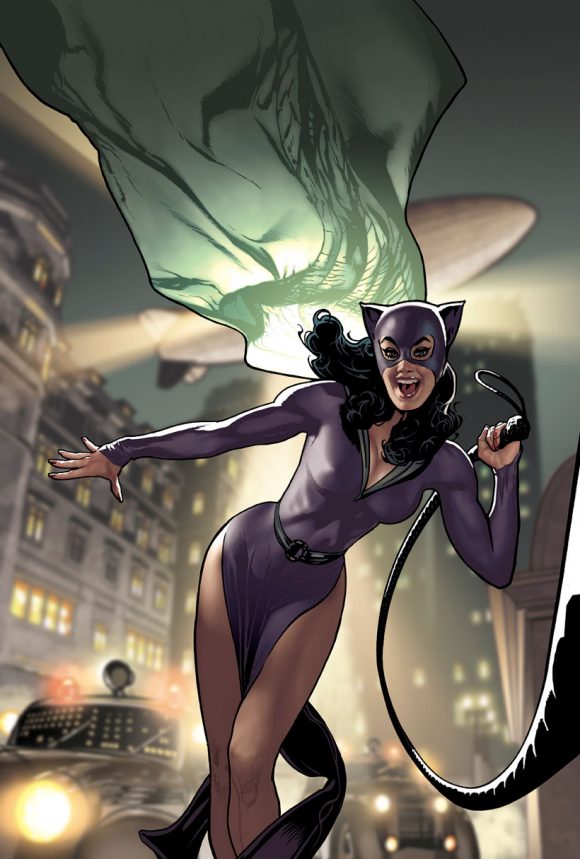 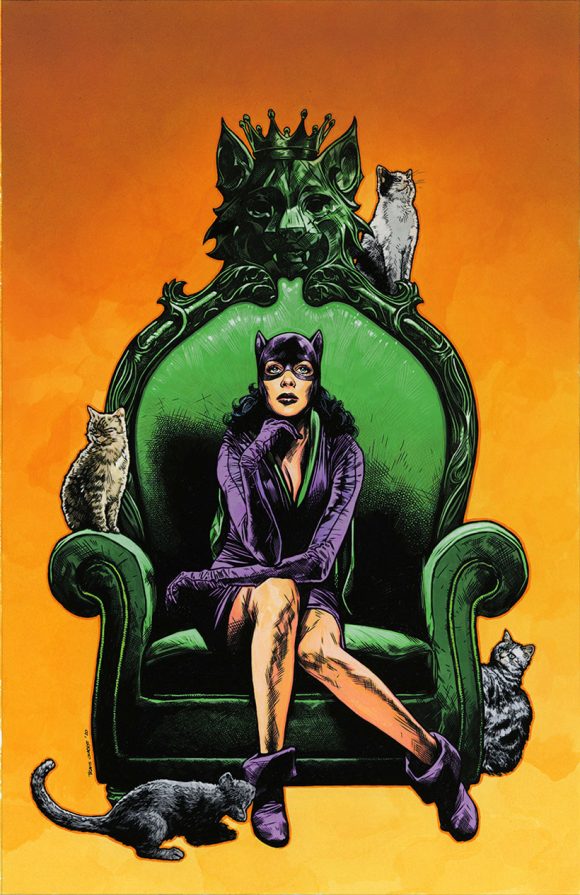 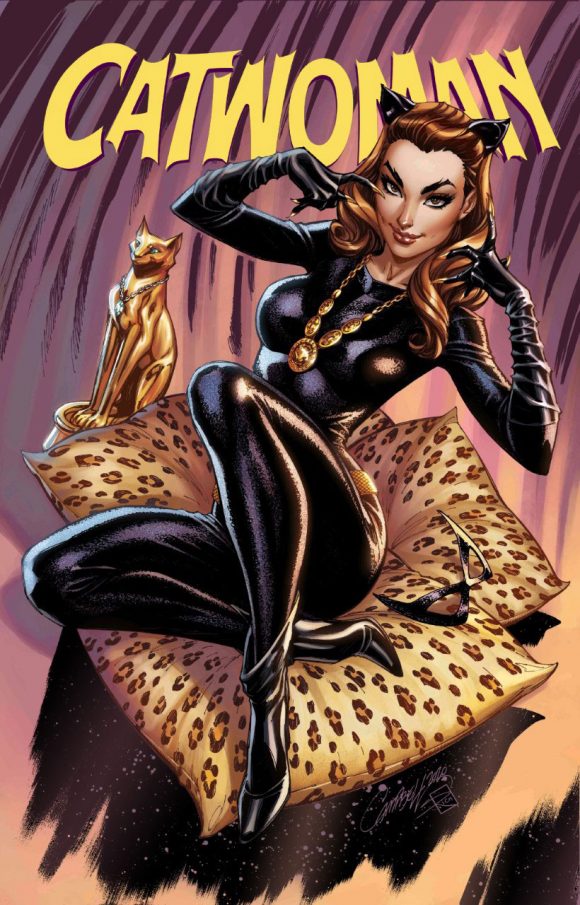 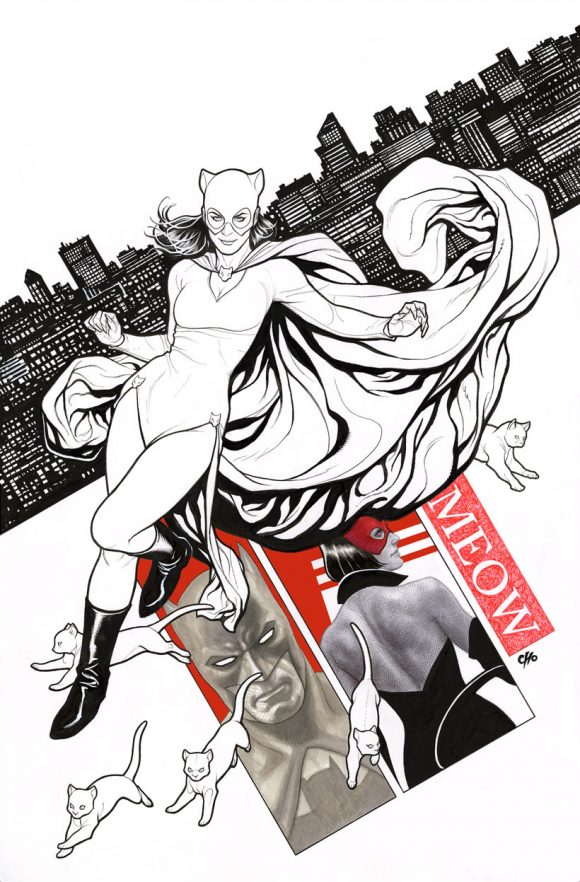 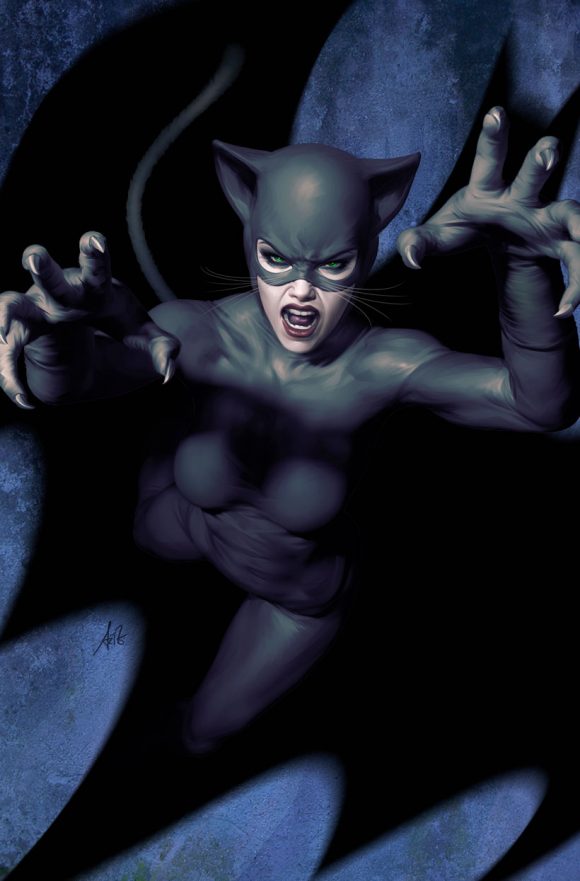 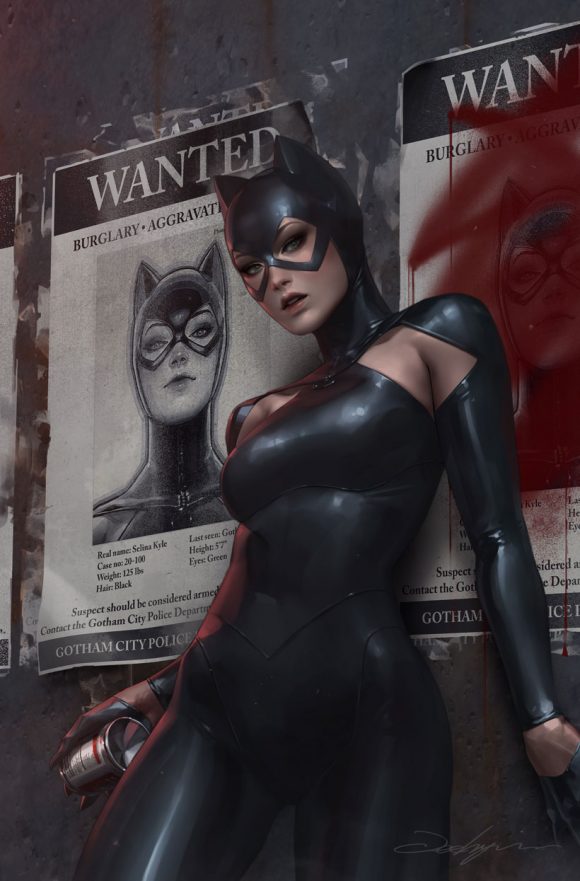 — There’s always at least one that jumps way out front and in this case it’s J. Scott Campbell’s snazzy Julie Newmar tribute for the ’60s cover. I also dig the lettering, which riffs on the Batman ’66 logo.

— Am I the only one who sees the Joker’s contorted face in Catwoman’s cape on the ’40s cover by Adam Hughes? After all, April is also the Joker’s 80th anniversary.

— Speaking of, I’d wager we’re not too far away from seeing the Joker 80th Anniversary 100-Page Super-Spectacular #1 decade covers. (Click here for more on that.)

— Those are not the final colors for Frank Cho’s ’70s piece.

— Jim Lee, Scott Williams and Alex Sinclair are doing a 2000s variant but it’s not been released yet. Look for it soon. I imagine it’ll be very Hush-y.

— And it shouldn’t be long before we see the trade dress on these, either. I’m looking forward to seeing if the logos are as clever as the ones for the Robin 80th Anniversary 100-Page Super-Spectacular #1. (Click here to check those out.)