No matter how much I’ve talked about the toy over the years, it’s still a challenge for me to quantify my love for the original GI Joe. We’ve been together, see, since I was 4 and there’s a lot of history there.

I met Joe on Christmas ’69 — Christmas Eve, to be exact — and though I’ve had other toys since that fateful meeting, none have measured up to the stature, the grandeur, the sheer coolness of America’s Movable Fighting Man. If you’re not that familiar with the original Joe, I’m hoping the following pictorial will impart some of what I’m trying to say about the toy. There was nothing like it before his debut in 1964, and in my opinion, there’s been nothing like it since. 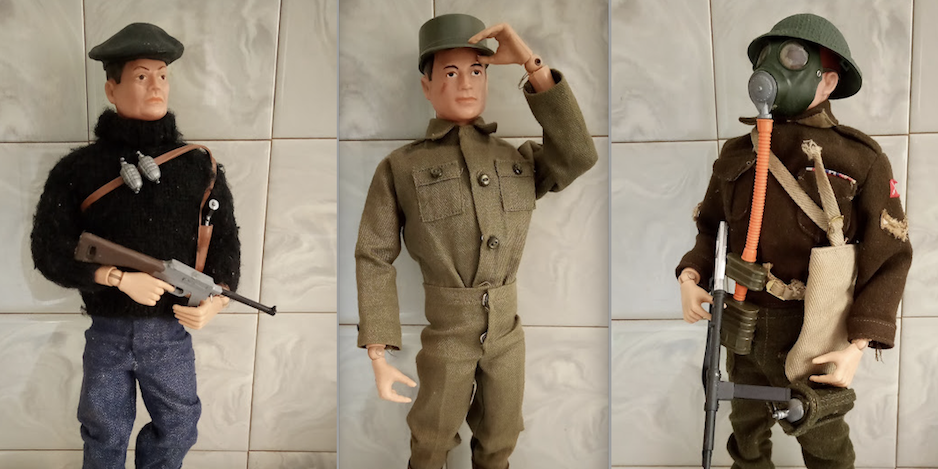 So, this is an ode to the so-called “military era” of GI Joe, the 1964 to 1969 stretch when soldier toys were a thing and it was OK for boys to have dolls… err, “action figures.” I’ll keep the verbiage to a minimum so as to concentrate on the figures themselves, because even all these years later — and me having published a non-fiction book about Joe and my homage fiction “DC Jones” series — I still find it hard to shape a solid salute to my old chum.

These are the 13 vintage “soldier era” GI Joes I own. Enjoy.

Action Soldier. It all starts here, the most basic of Joe figures, the common army grunt. 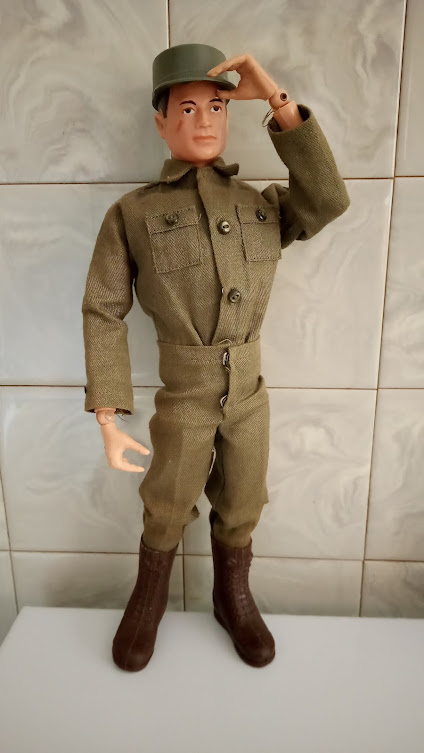 Talking Action Soldier. A variation on the previous grunt, with full pack and loaded for bear. This figure belonged to a childhood friend of mine. It still talks. 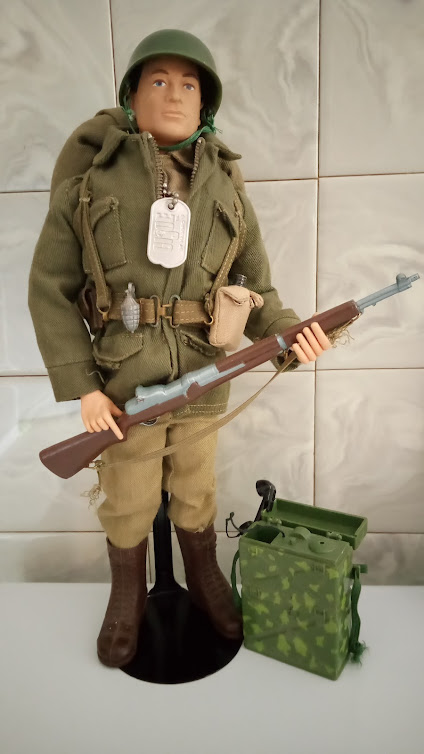 Action Pilot. Just as he came out of the box. 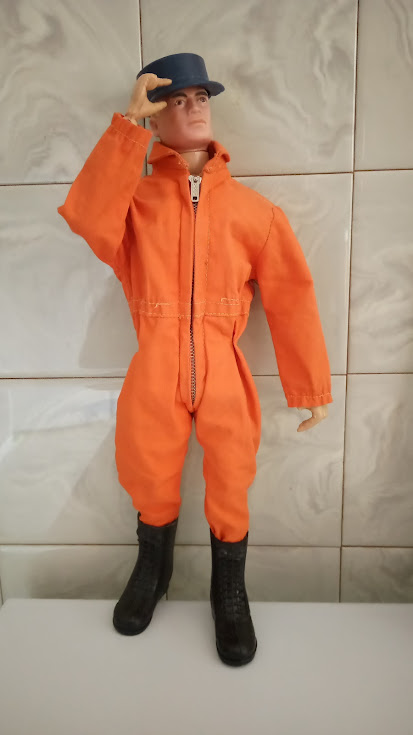 Scramble Pilot. “Scramble” is one of the coolest sets for the Action Pilot. Unfortunately, there’s no parachute in the parachute pack. 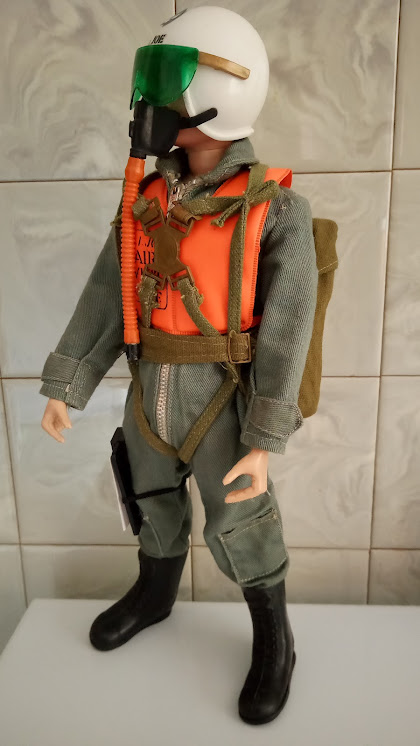 Astronaut. My original Astronaut, the one I got in ’69, is long gone, but I sure do love this replacement. 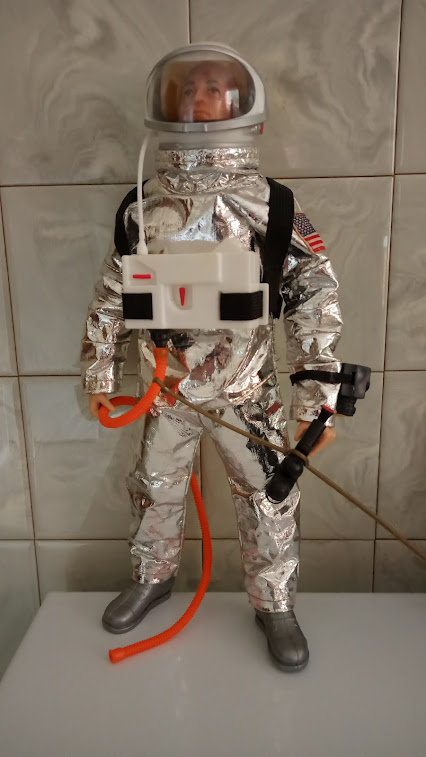 Action Sailor. The basic Action Sailor here is dressed up in the “Navy Attack” life vest. 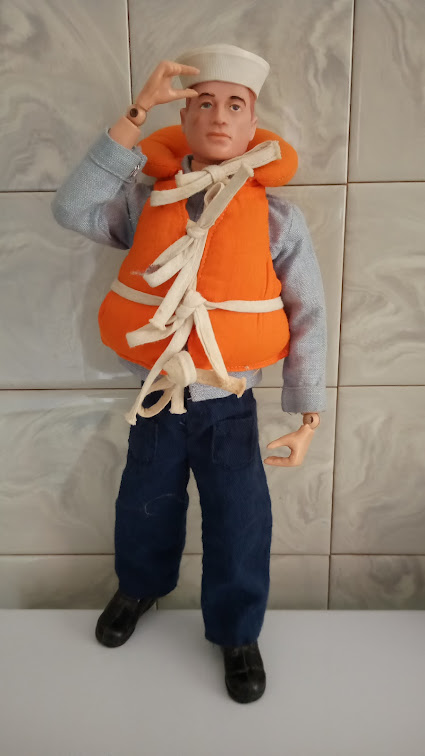 Green Beret. An incredible set. I love the attention to detail here — and the working bazooka. 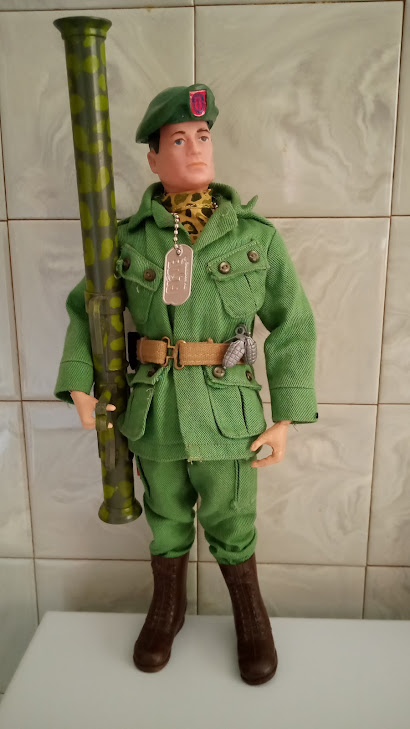 Action Marine. Another basic figure, just as you would have bought him off the shelf back in the day. 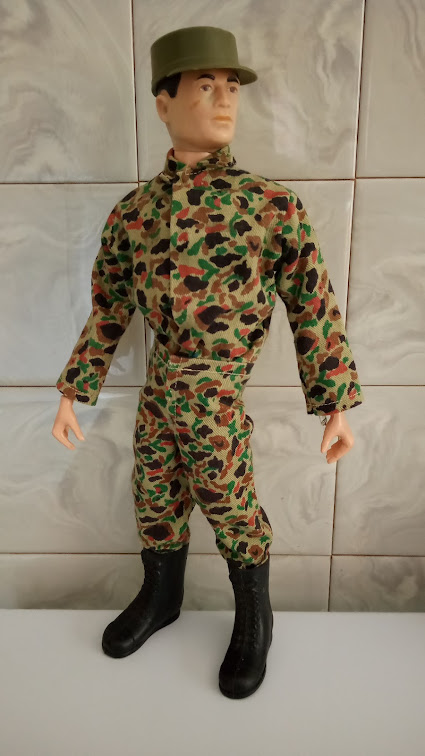 Military Police. This one is the childhood figure of the guy who used to own the comics shop I patronize. He said he wasn’t a fan, thus the amazing condition it’s in. 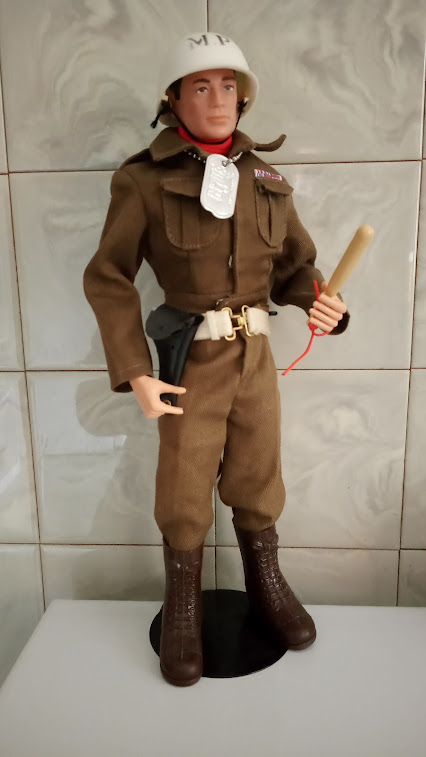 Japanese Imperial Soldier. In the mid-’60s, Hasbro produced the incredible “Soldiers of the World” series, a subset of the GI Joe line. This one reflects a WWII-era Japanese soldier. 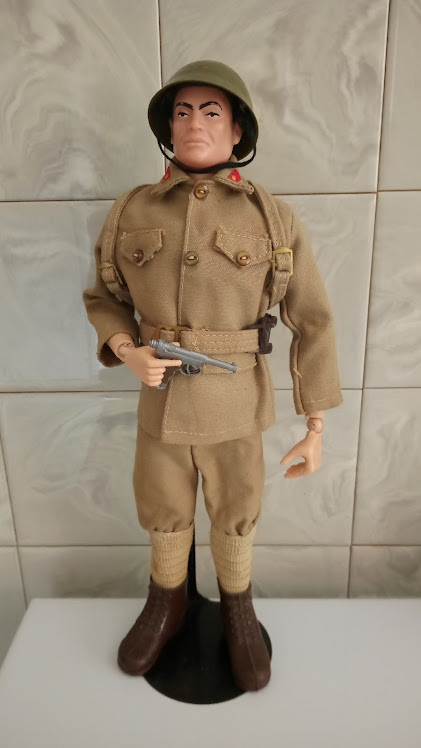 French Resistance Fighter. One of my great honors of being a Joe collector is becoming the caretaker of others’ childhood figures. This is one of them. 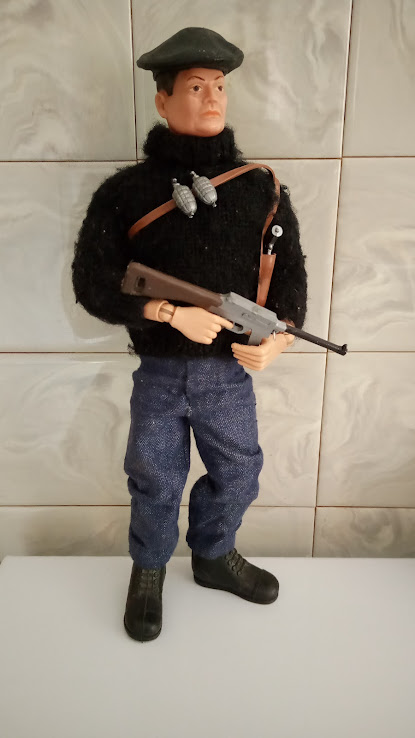 British Commando. I just love the gas mask on this one. 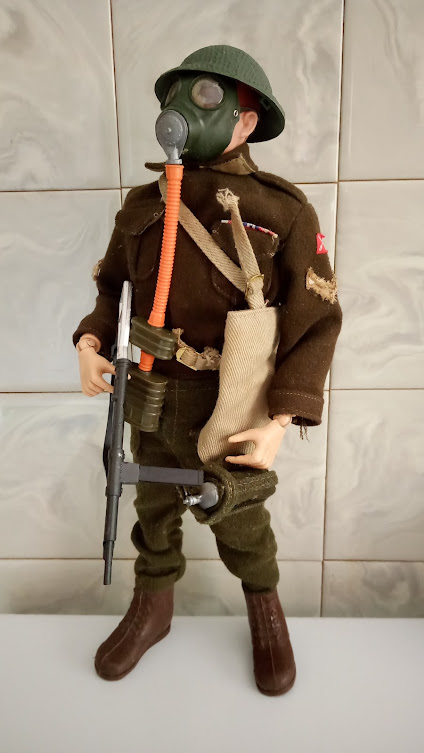 Russian Infantryman. My most recently acquired Joe, and a work-in-progress. Please forgive his lack of boots—the very specific footwear for the Russian and German soldiers is hard to find, as well as very pricey. 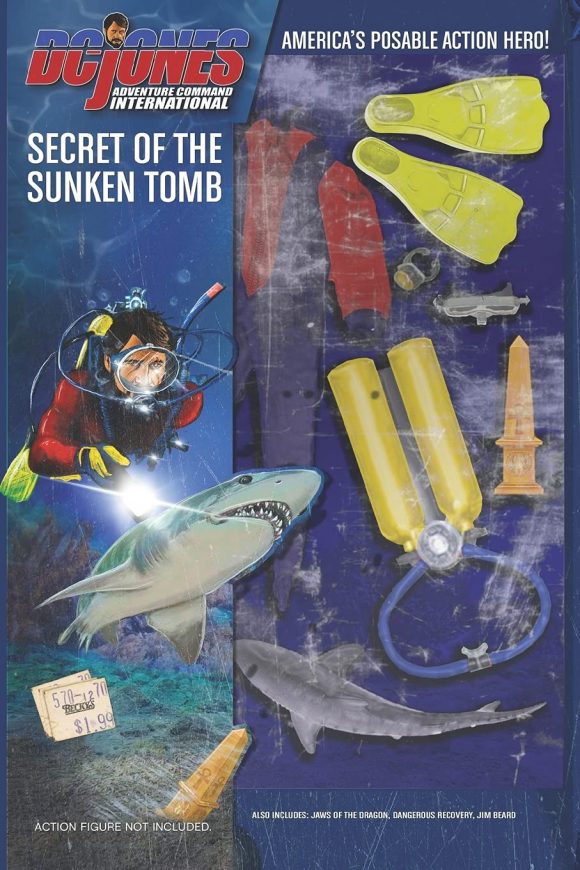