The one-shot Catwoman 80th Anniversary 100-Page Super Spectacular #1 is finally due to be released June 3 and we’ve spent quite a lot of time celebrating 80 years of the Feline Fatale over the last couple of months. (Her actual first appearance — in Batman #1 — was April 24, 1940.)

One of the issue’s biggest selling points — aside from the stories themselves, of course — is DC’s decade-tribute variant covers, which you can click here to check out.

There are also retailer-exclusive variants, such as Neal Adams’ (click here).

But I’ve happened upon another cool set, as well: Artist J. Scott Campbell — in addition to his 1960s decade-tribute cover starring Julie Newmar — has produced eight retailer-exclusive variants, each featuring a different Catwoman costume, including a second Newmar homage. 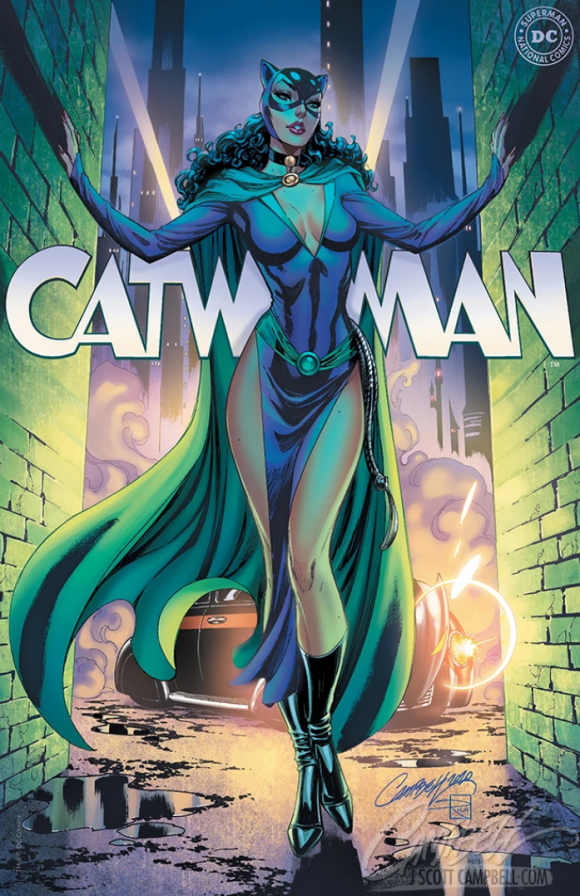 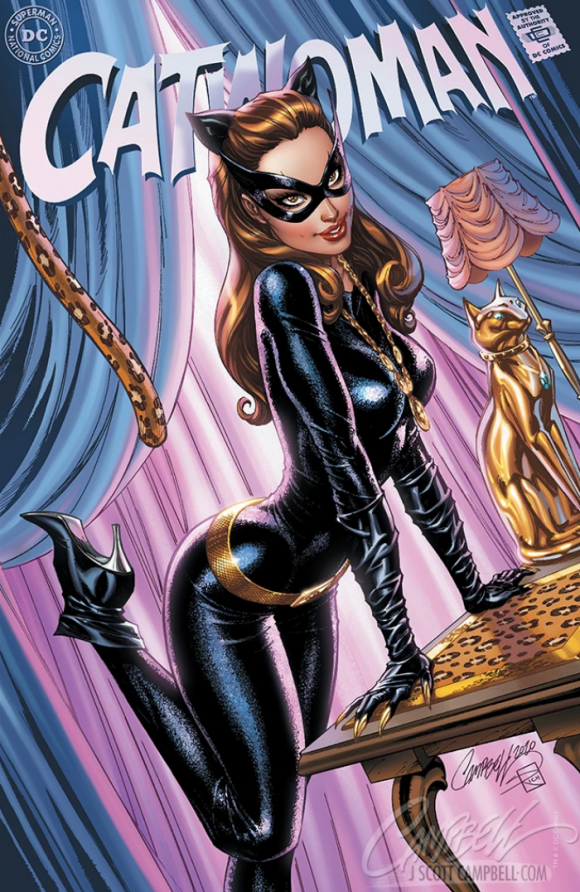 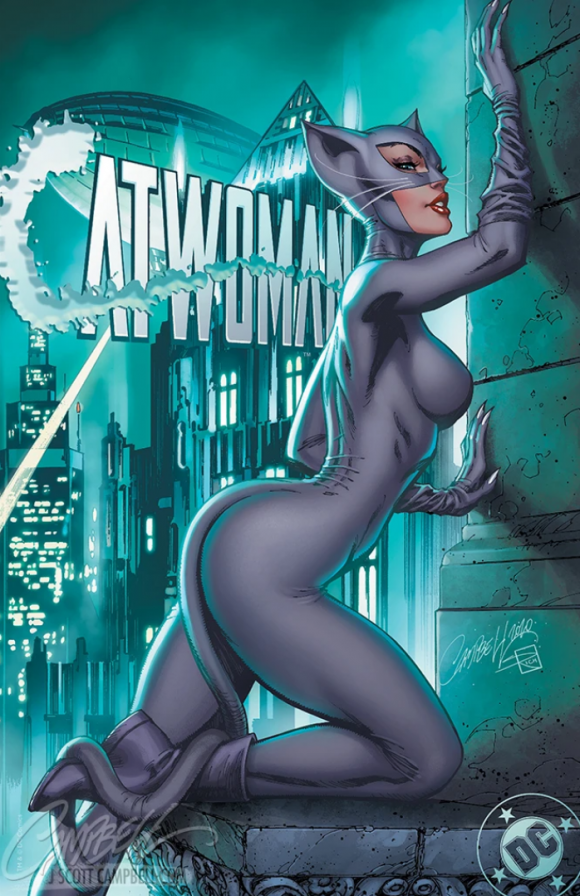 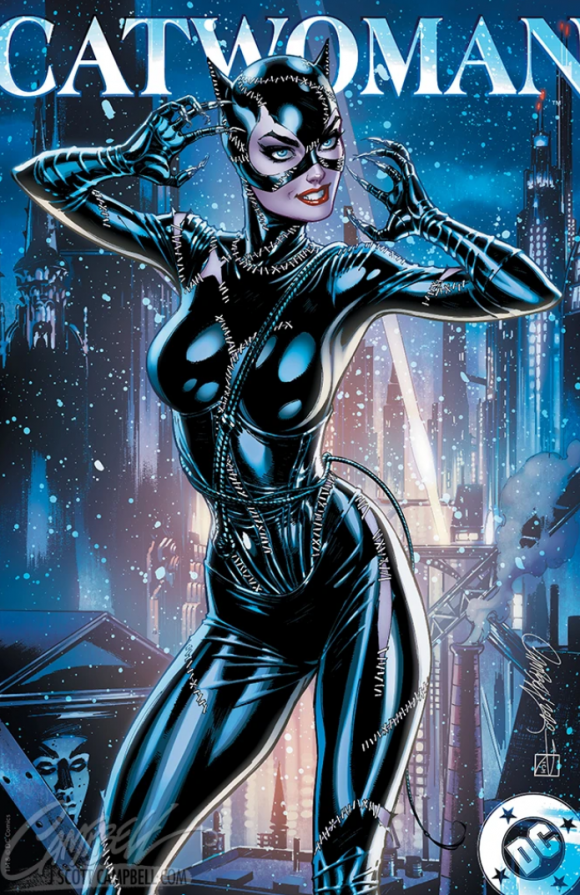 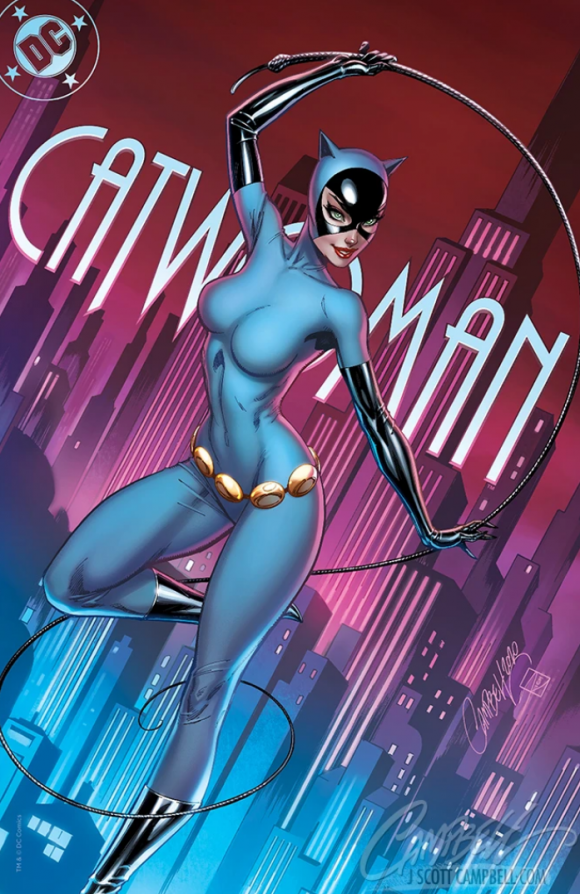 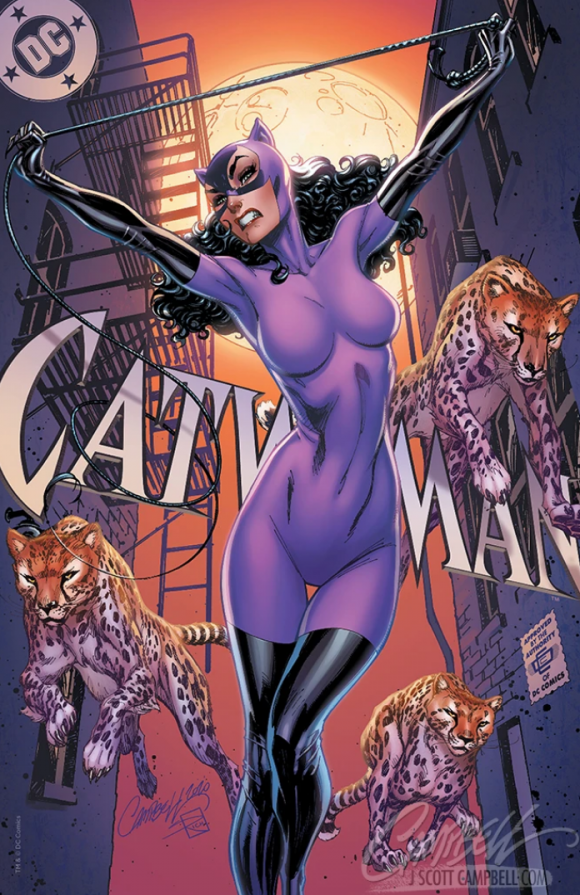 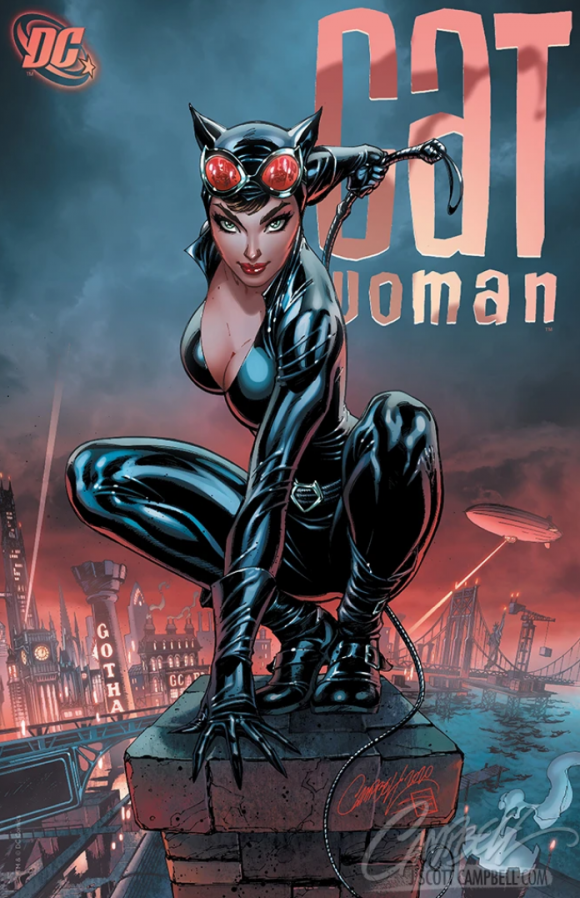 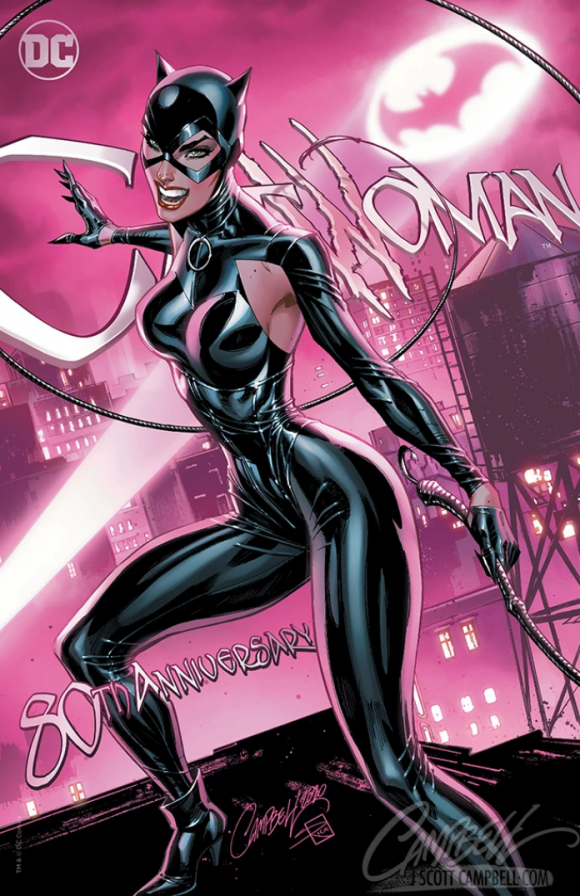 — Unsurprisingly, my fave is that second Newmar cover. Also unsurprisingly, I really dig that Golden Age piece, with the old-school Batmobile cameo in the background.

— If you want to get your hands on these, hit up Campbell’s website. There’s a fairly complex pricing and packaging system, so do check it out.

— Oh, and here’s Campbell’s 1960s cover, which will be available at shops: 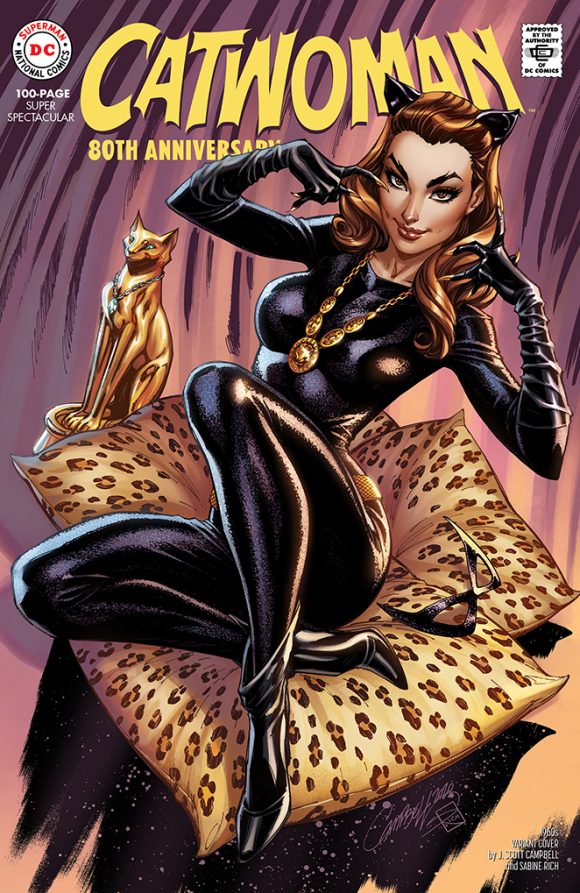