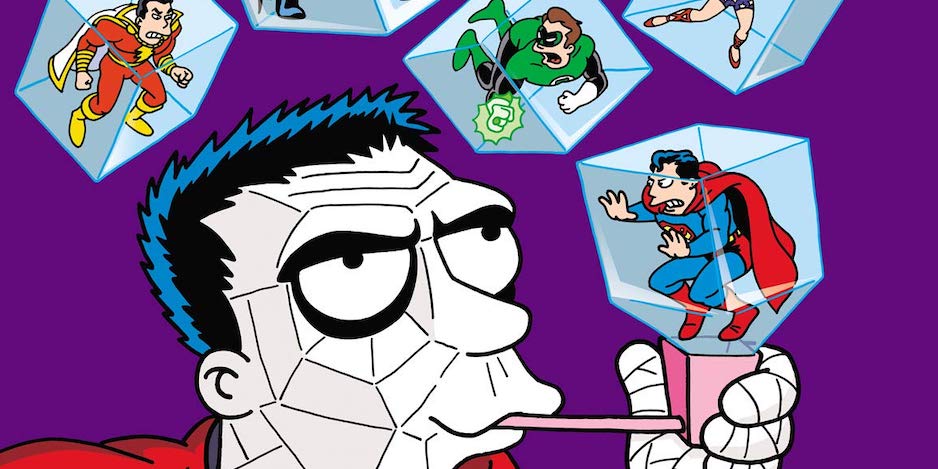 Bizarro Comics and its sequel Bizarro World, a hefty helping of satire that pokes fun at DC in the Silver and Bronze Ages (and more), is headed back to print in time for the first volume’s 20th anniversary in 2021.

Dig this official description of Bizarro Comics: The Deluxe Edition, according to an Amazon listing: 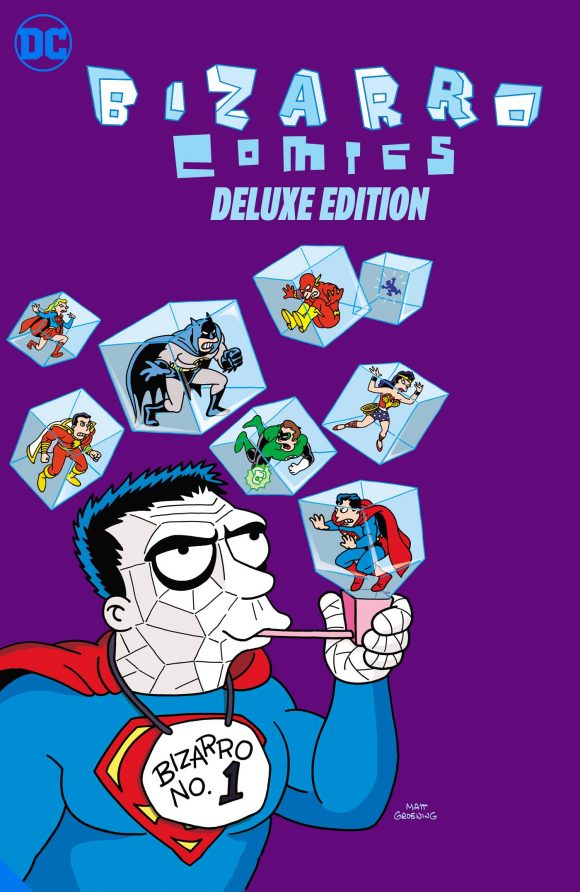 Comic icons come together to tell the strange and wonderful tales of BIZARRO!

The tales of Superman’s twisted doppelganger, BIZARRO, are collected in this brilliant deluxe edition format! Follow along as Bizarro decides to publish his own comics from BIZARRO COMICS HC #1 and through the strange and wonderful tales told in BIZARRO WORLD! 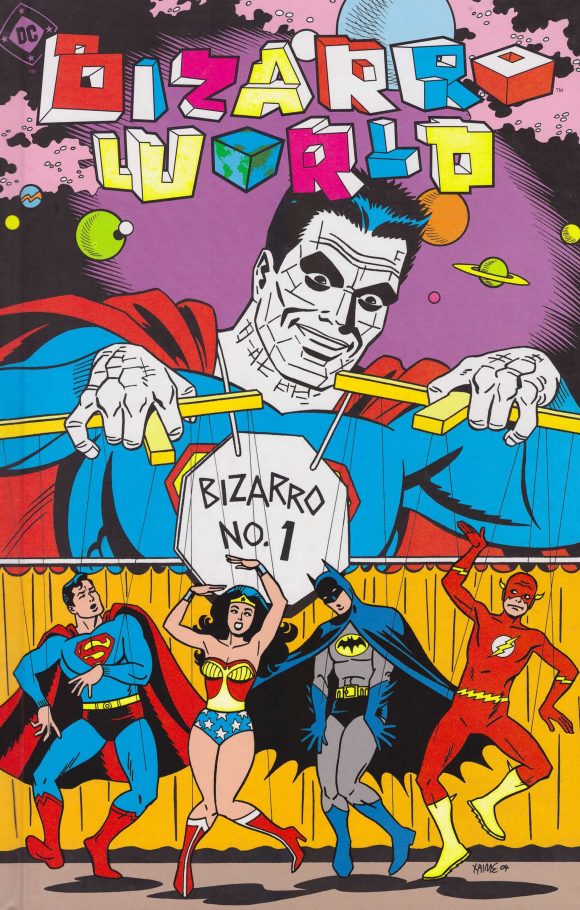 — That’s a fairly skimpy description above and I imagine it will be filled out at some point, but here are just some of the top-flight indie, underground and offbeat creators who had a subversive field day with the classic DC Universe: Gilbert Hernandez, Kyle Baker, Patton Oswalt, Bob Fingerman, James Kochalka, Jill Thompson, Jeff Smith, Paul Pope, Chip Kidd, Tony Millionaire, Danny Hellman, Don Simpson, Peter Bagge, Robert Sikoryak, Raina Telgemeier and the late, great Harvey Pekar, among others. Plus the books’ cover artists Matt Groening and Xaime Hernandez too.

— The first Bizarro Comics was released in 2001; Bizarro World followed in 2005. We’re long overdue for another installment, but I do doubt we’ll see one. Oh, well, at the least the first two anthologies are bonkers fun.

— Standard caveat: As far as I can tell, this has not been solicited by DC yet, so nothing is official until it’s official. Even then, things can change. Just keep coming to 13th Dimension for updates.