CONTEST! Win an Action Figure — of YOU! (Update: CONTEST CLOSED)

(UPDATE: CONTEST CLOSED) That’s right! We’re teaming up with the folks at MyFaceOnAFigure.com to give you a chance to team up with Batman or Robin or even a villain like the Joker! Read on! I recently wrote about the surrealistic experience of having my own face on a Mego-style figure. The response from you guys was pretty great.

So, we’ve gotten together with the folks at MyFaceOnAFigure.com to give you a chance to not only have your face on a figure — but to have it be part of a clamshell two-pack!

Seriously! You get to have a figure of YOU in a set with one of the following Figures Toy Company action figures — YOUR choice:

From Wave 1 of the Batman’66 TV Series line: Batman, Robin, the Joker or the Riddler!

Here are just a couple examples: 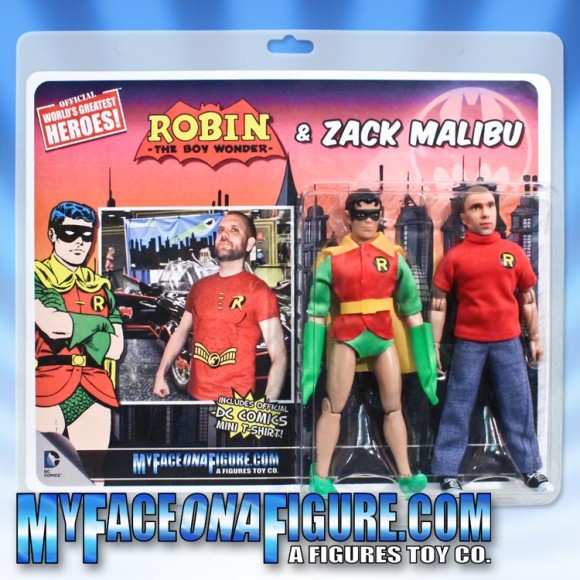 Step 1: Answer this question: In what month did the Batman TV series starring Adam West premiere on ABC Television?

The Fine Print: One entry per person. Figures will only be shipped to a continental U.S. address and will be sent within about 30 days of contest’s end. Judges’ decision final. Entries must be received by 11:00 p.m. ET on Sunday, Aug. 24.