The comics writer, retailer and educator’s The Damnation of Charlie Wormwood goes from Thrillbent to Dynamite on 10/1. She stops by for a MIGHTY Q&A!

Christina Blanch is one of my favorite people in comics and so I’m really happy that her book will be in stores this week. That Charlie Wormwood just happens to be a terrific, smart read is a bonus. In a nutshell, it’s about an educator who goes to prison to help and ends up in a very, very dark place.

But why take my word for it? Here’s Christy to talk all about it. Oh, and she’s always happy to hear what readers have to say, so make sure you hit up charliewormwood@gmail.com to send in letters and comments. And her Twitter handle is @christyblanch.

Dan Greenfield: Taking it back all the way to the beginning, tell us the genesis of Charlie Wormwood.

Christy Blanch: (Co-writer) Chris Carr and I became friends teaching in the prison system for our university. When the program was canceled (unfortunately as it was a great program that made a difference) we got together for coffee a few months later to catch up on life and such.

We got started talking about how we should write a book about our prison experiences. Chris suggested writing a novel, which would have been awesome, too, but I suggested making a comic as Thrillbent was just starting up and was looking for content.

We worked on the idea for a while, even making some storyboards up (they were AWFUL. I am NOT an artist.) and when we thought we had a good script, we pitched it to Mark Waid and Thrillbent. Fortunately for us, they liked it. Then Mark, our new editor, looked for artists. We searched a while and as soon as I saw Chee’s work, I knew it was perfect.

I sent some samples to Chris and he loved them, too. As for the name, Chris came up with that one. We liked the biblical aspect of Wormwood so we knew that was for sure. The Damnation part came after we threw a bunch of titles around and that one sounded the most interesting to us.

And how did the project make its way to Dynamite?

That was all Nicky Barrucci. I ran into him at a con and we were just chatting and I told him we were printing an issue of Charlie Wormwood and he asked why. I told him that I was doing some conventions and needed something to sign. He said that he figured Image or IDW had it already and I told him they didn’t. So, they jumped at it. I’m not gonna lie — it was awesome. I think Dynamite is doing some interesting things right now and I’m so thrilled and honored to have our book there. 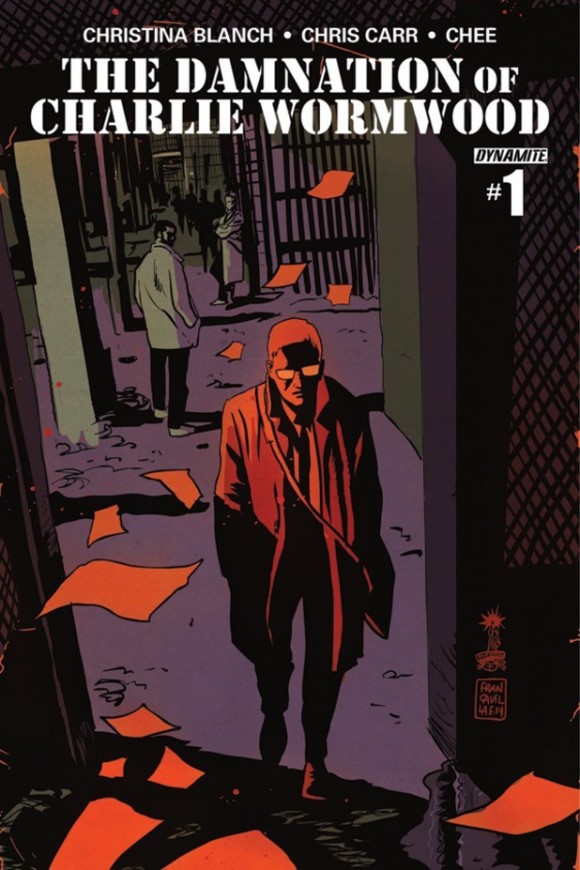 You’ve mentioned to me that you’ve done work in prisons. Tell us about that because that is downright fascinating.

I taught anthropology classes in the correctional education system for almost eight years. I really didn’t mean to teach there that long — it started as a temporary thing. But I really enjoyed it. There were of course some times when I didn’t, but that’s most jobs. But for the most part, it was great.

There were students there that had such different life experiences than I did — it was so eye-opening. I didn’t think things like the stories that they told were real. That stuff was just in movies. It made me realize what privilege I have known. At one point they asked me if I was in a gang growing up. I thought it was such an odd question, yet, for them it was just a normal thing. I answered yes, that I was in Mister Roger’s Neighborhood gang, which got a laugh, but the moments like those really got me thinking about what if I grew up in that environment. Where would I be?

I always went in the first day of class and told the students that I was there because I believe that everyone deserves a second chance. And I followed that with me telling them that I was proud of them for taking steps to improve their lives. When I told them that, they responded with pride. They showed me respect. There were only a few times that I was disrespected in prison (in front of my face — back in the cells is another story, I’m sure). The times I was disrespected varied in the amount of fear I had and some of them are relayed in the book. 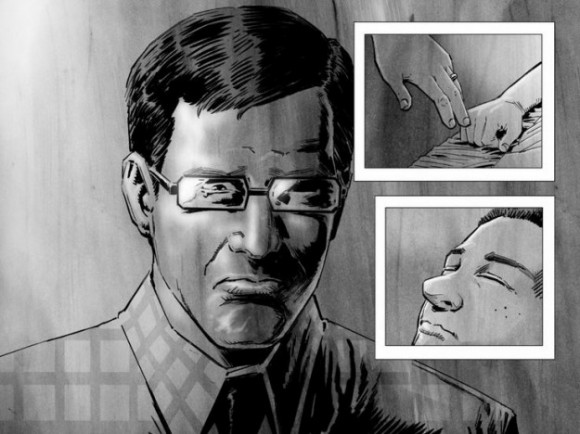 Can you spill on what true stories have made their way into the book?

Most of the stories that the students tell in the book are based on stories that Chris and I heard in prison. As for what happens to Charlie, a lot of that is true in different ways. Chris and I both know people who have been caught up in things they shouldn’t have been. We also both lost our insurance to cuts in the program, which affected us. Also, many of the prisoners’ reactions to our teaching in the book are very real. Most of the students are amalgamations of students that we had — no one is this exact person.

For example, Chris once got a paper that said “Karma is a mother f(#*$&#” as the paper. That was just too good not to include. Of course, many of the stories have been toned down a bit or changed slightly because if we put the whole truth in there, no one would believe it really happened. Life is stranger than fiction.

Do you have your endpoint in mind?

Yes. We know the end of the story. It has changed slightly, but we are set on one now.

The premise sounds similar to “Breaking Bad” — college prof goes down dark path, ostensibly to help his family. How aware of that have you been as you’ve written your story?

I have not watched Breaking Bad but I really want to watch it. Some friends of mine are avid fans and have told me that the stories are similar but different. I have intentionally not watched the show so I don’t unintentionally use a story line from it. That said, when the final issue of Charlie is written, I am going to marathon Breaking Bad!

Gotta know — did Wormwood come from Wormwood Scrubs — the famed British prison? Or is that a coincidence?

That’s a coincidence. Wormwood actually came from the Bible verse in Revelations. Charlie’s chit number is 811, the verse from Revelations. It actually plays a big part in the book.