A story of nuance and pathos… 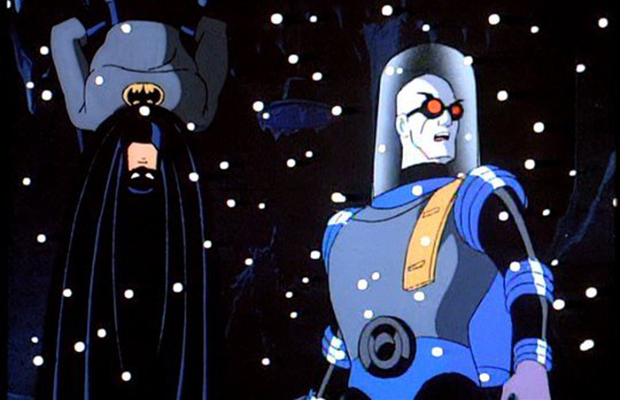 Until 1992, Mr. Freeze was a fairly one-note villain, whether he was played for laughs like on the 1966 TV show, which drove his initial popularity — prior to Batman ’66, he was a one-off called Mr. Zero — or whether he was portrayed as a cold-hearted baddie, like in the comics.

All that changed when Paul Dini and Bruce Timm gave Batman: The Animated Series viewers a story of nuance and subtlety with Heart of Ice. No longer just a guy with an icy gimmick, Victor Fries – voiced with haunted grace by Michael Ansara — is a scientist whose obsession with curing his beloved Nora leads him down a dark road and into conflict with a Batman whose drive for justice is tempered by his empathy. 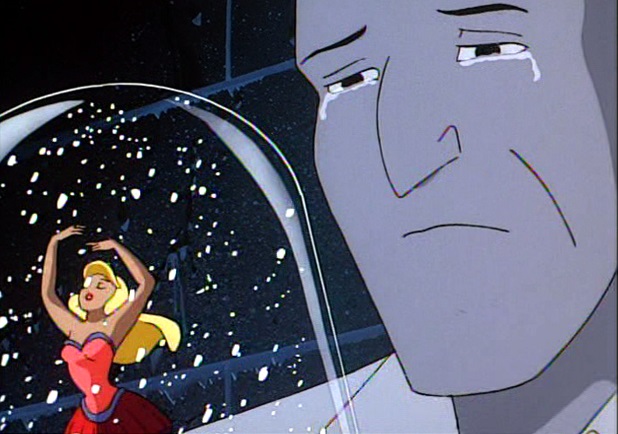 The episode was one of the first aired and provided a wonderful showcase for Batman: The Animated Series’ bold ambitions. It also scored a Daytime Emmy Award for Outstanding Writing in an Animated Program.

Says panelist Michael Eury, who had the episode on his ballot: “Batman: The Animated Series remains the screen’s best Batman adaptation, IMHO, and while it’s nigh impossible to choose the single best from this collection of superlative cartoons, this sympathetic study of Mr. Freeze will melt the coldest of hearts.”

Fellow panelist Christy Blanch, who also had the ep on her list, adds: “I don’t need to say much about this because everyone knows this is an amazing story and show. This shows that even the coldest villains (pun intended) have emotions. And thank goodness for Alfred and his chicken soup!”

Dr. Christina Blanch is an educator, retailer and comics writer.

Michael Eury is the editor-in-chief of Back Issue magazine and the co-writer of The Batcave Companion, both published by TwoMorrows.