The co-creator of the superhero was born 107 years ago… 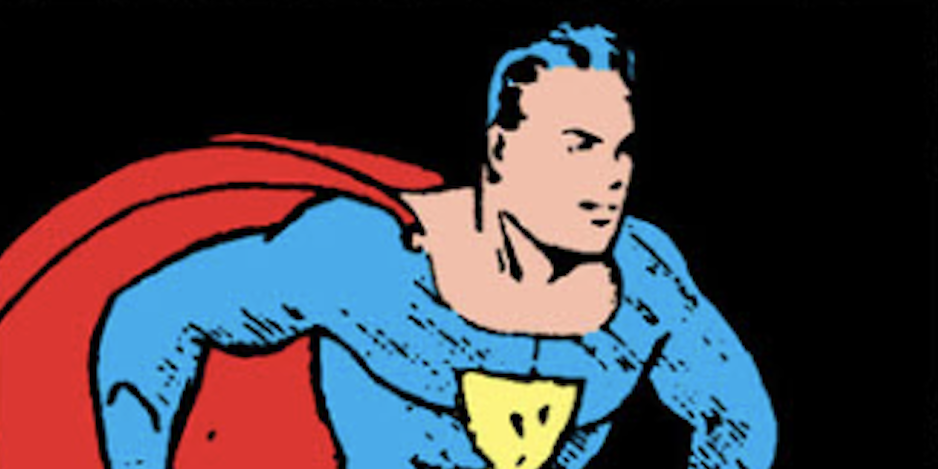 The late Jerry Siegel, who with artist Joe Shuster created Superman, was born 107 years ago on Oct. 17, 1914. Every year we post a tribute on Siegel’s birthday (Shuster’s too) but unfortunately the stories never seem to draw too many eyes.

That’s deeply unfortunate and I’m always saddened by it. I think one reason is that compared to Silver and (especially) Bronze Age fans, Golden Age fans have become a relatively small subset of fandom. I think another, more frustrating, reason is that fans tend to take Siegel and Shuster for granted, like that nice wallpaper that’s always been there. 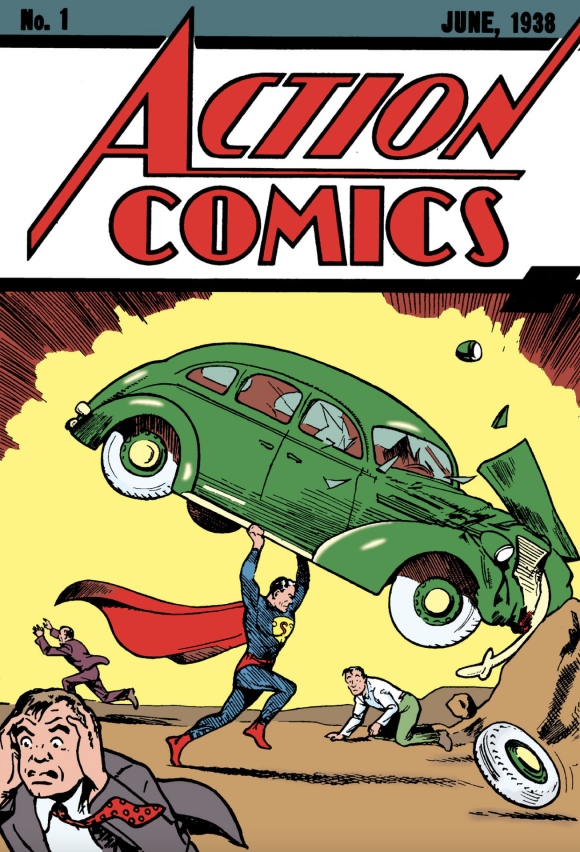 So this year, I’m trying a different tack and re-presenting the one comic-book page that changed everything for all of us. Without it, there’s no gazillion-dollar comics/entertainment industrial complex, whether we’re talking DC, Marvel or any of the other publishers whose output has been translated to film, television, video games, apparel, action figures, statues and other merchandise. (Even Peacemaker’s getting a show — and he was originally a Charlton character!)

So here, from 1938, is the first page from Action Comics #1 — the origin of Superman. Take a moment to read it and give a salute to those two kids from Cleveland who directly or indirectly gave us lifetimes of entertainment and inspiration. 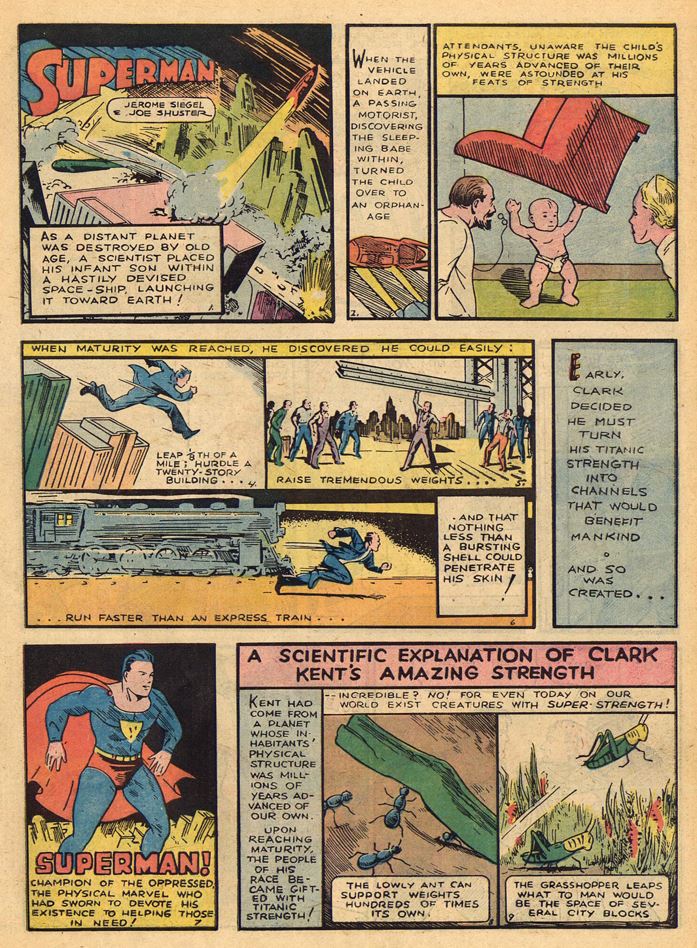 UPDATED: The original post had an inferior scan of the page, so Marvel exec Tom Brevoort sent this over as an upgrade. Thanks, Tom!