CAPTAIN ACTION and MADMAN: Where Past and Present Meet

Home » ACTION FIGURES & MERCH » CAPTAIN ACTION and MADMAN: Where Past and Present Meet

We’re highlighting some of the coolest action figures and comics swag on the market for … MERCH MADNESS. Click here for more on that awesomeness.

If you needed more proof that Fresh Monkey Fiction’s Amazing Heroes is the most eclectic line of action figures, look no further.

Madman and Captain Action are the outliers among the 10 figures in Wave 1, which otherwise features nearly forgotten heroes like Stardust and the Silver Streak, both of which are also featured below. Madman is unique among the AH figures in that his creator is not only very much alive but he’s one of comics’ top talents working today: Mike Allred. We covered the making-of this figure here, but I think Mike probably gets a kick seeing his creation hanging out with the good Captain. 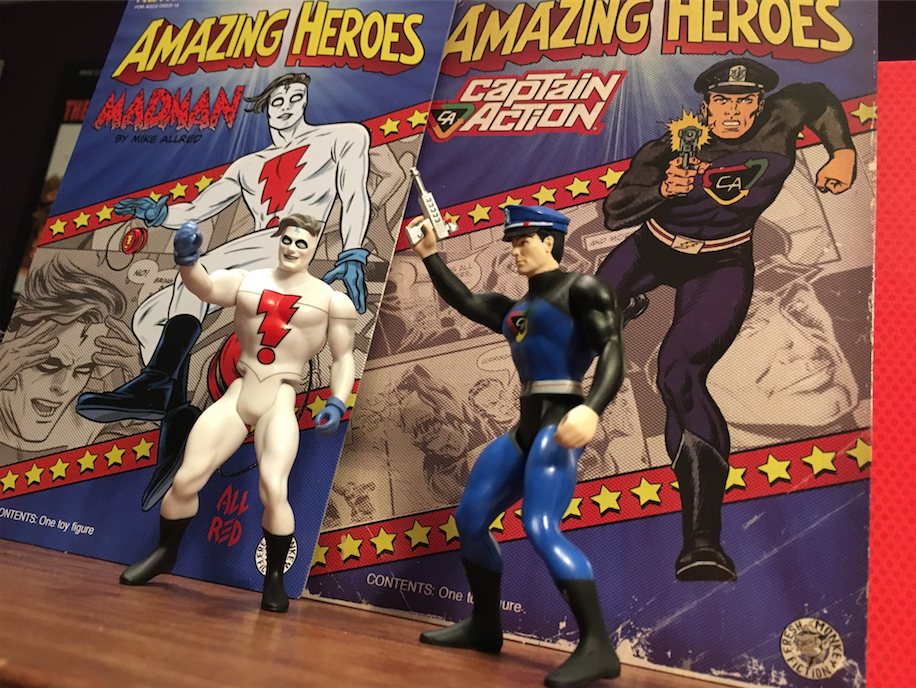 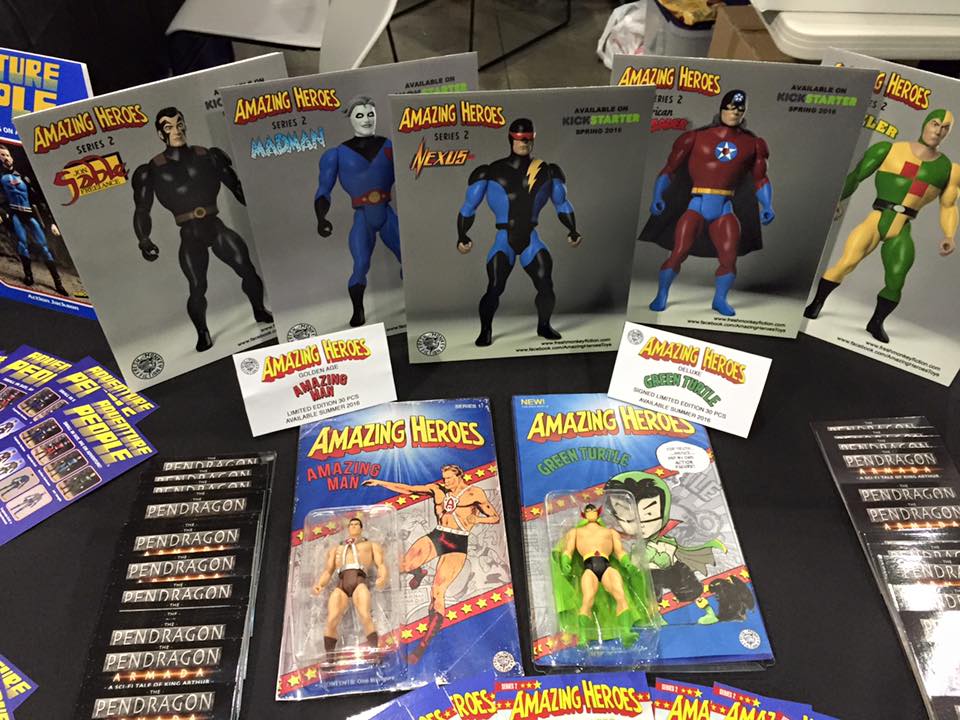 … or even Vito Delsante and Sean Izaakse’s Stray, from Action Lab. 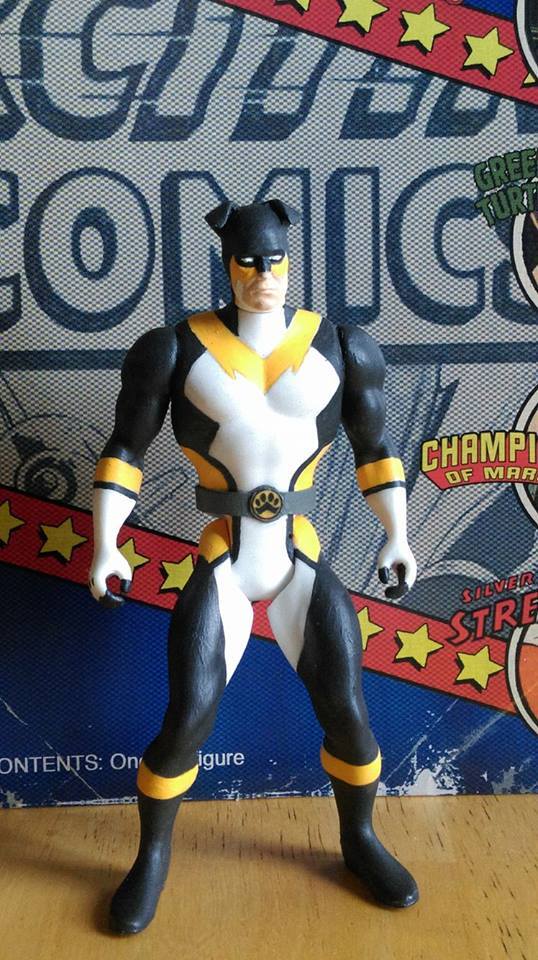 We covered my fave public-domain designs with Black Terror and Daredevil here, and the shirtless wonders Green Turtle, Champion of Mars and Amazing Man, here.

Now we come to Silver Streak and Stardust. (A 10th figure, Blank Slate, is an all-white model good for customizers.) Stardust on the left and Silver Streak on the right.

I like Silver Streak’s inverted red, blue and yellow Superman design though I still don’t understand how he can be called Silver Streak when there’s no silver on him at all. I mean, I know he had a race car with that name but I don’t walk around calling myself Toyota Corolla.

None of that’s Fresh Monkey impresario Bill Murphy’s fault, though.

Now Stardust looks like he could be called Silver Streak, but what are you gonna do?

Bottom line is this: Amazing Heroes — which is looking at Wave 2 now that Fresh Monkey has Kickstarted its way into the game — gives us one of the most inventive lines of action figures available, resealable clamshells and all. You can choose among generic card backs, classic-art card backs or Artist Edition card backs featuring illustrations by the likes of Allred, Erik Larsen and Sonny Liew.

Each figure will run you about $15-$20. For full pricing and ordering info, click here.