As a Mego kid, I’ve made it something of a mission this year to learn what there is to learn about Captain Action, the predecessor by the late, great Ideal.

See, the timing is good what with it being the good Captain’s 50th anniversary — along with the Batman TV show, Star Trek, Revolver, the Monkees and many other pop cultural landmarks.

I’ve done a few Captain Action stories already this year but made it a point to catch up with his current caretakers at Toy Fair — Ed Catto and Joe Ahearn — who let me, and therefore you, in on this latest tidbit: 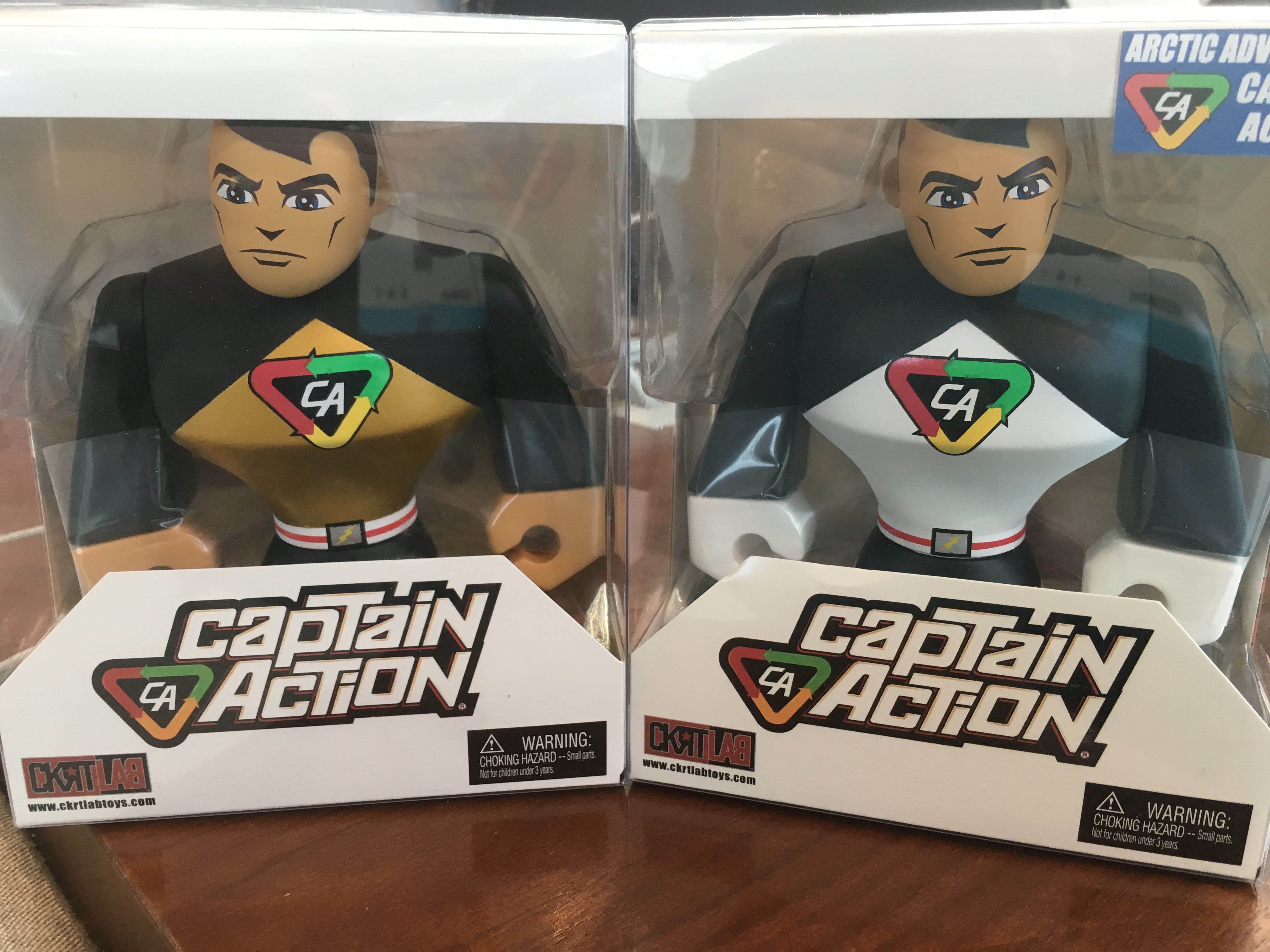 Ckrt Lab’s two new Captain Action figures will be out later this year, joining the first two funky figures in this line (which you can see here).

The gold one on the left is geared toward Captain Action’s aformentioned 50th, and will be available as a San Diego Comic-Con exclusive. The white one on the right, which I especially like, will be a holiday offering in the last quarter of the year. Each will be in that $25-$30 ballpark.

I’ve grown increasingly interested in offbeat items like this that celebrate favorite characters in unorthodox ways. Seeing these up close, they’re high quality, great for Cap fans and their kids (and grandkids) and feature terrific box art by a 13th Dimension favorite, Mike Allred. 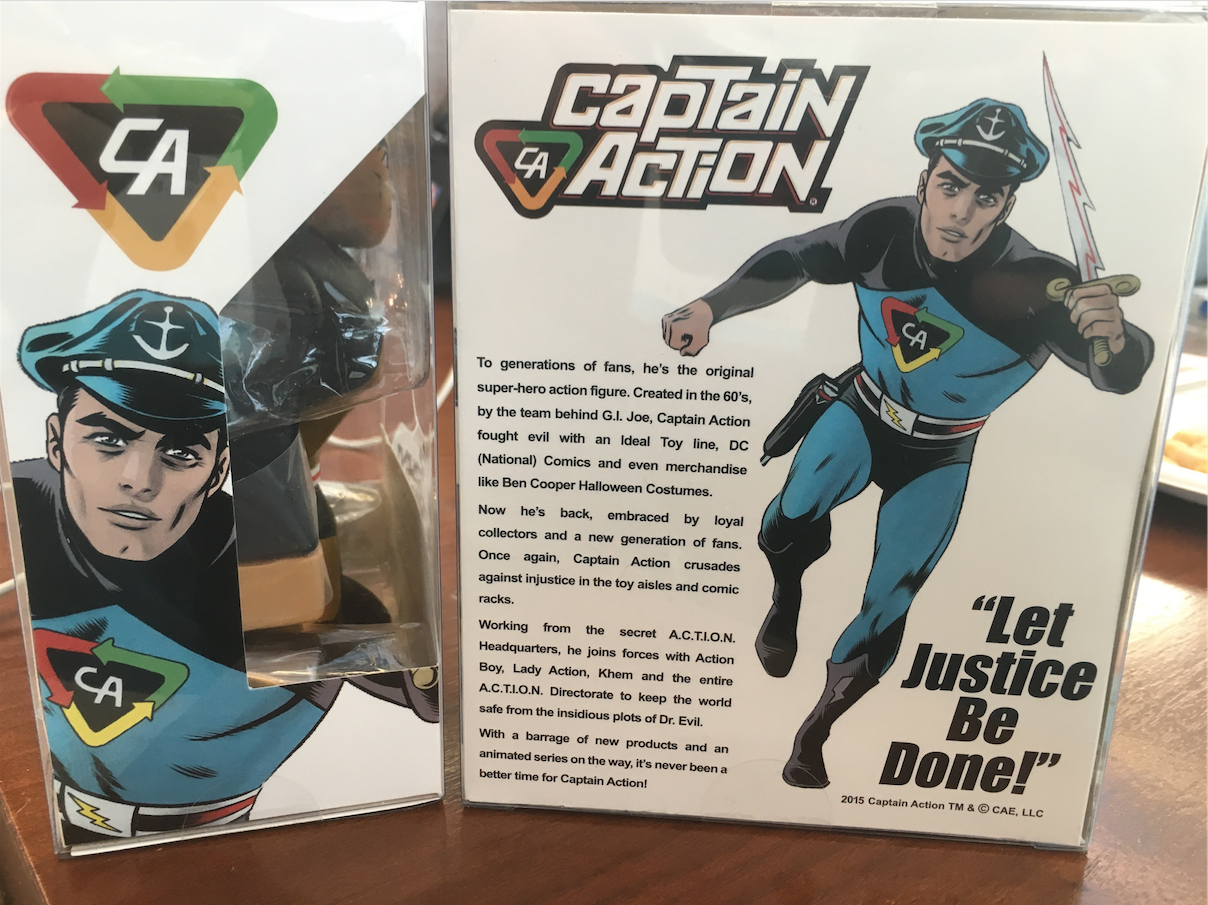 I also got my first, up-close glimpse at the Captain Action figure that’s part of Fresh Monkey Fiction’s Amazing Heroes line of toys largely based on public-domain heroes.

I’ve not yet seen the others, but Captain Action looks great, in that ’80s Secret Wars style. I’m particularly impressed by the packaging, which is the most inventive reusable clamshell I’ve seen so far, with multiple backing cards that are exceptionally easy to switch in and out. 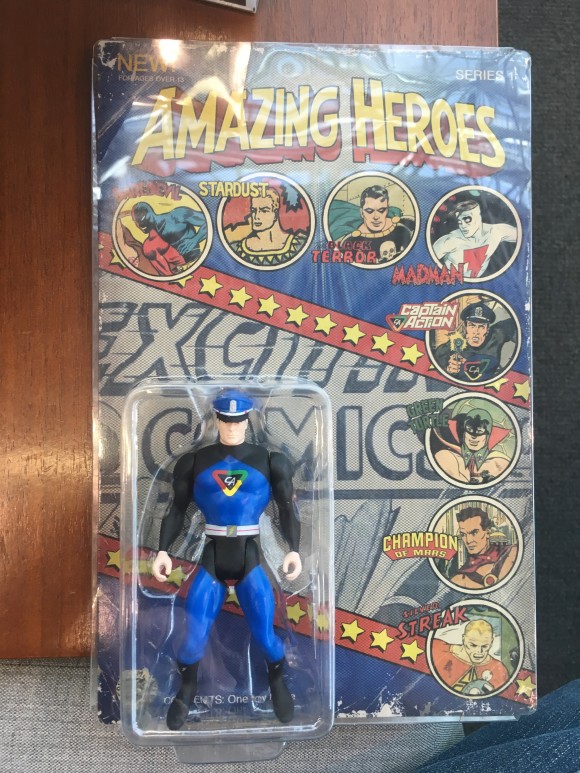 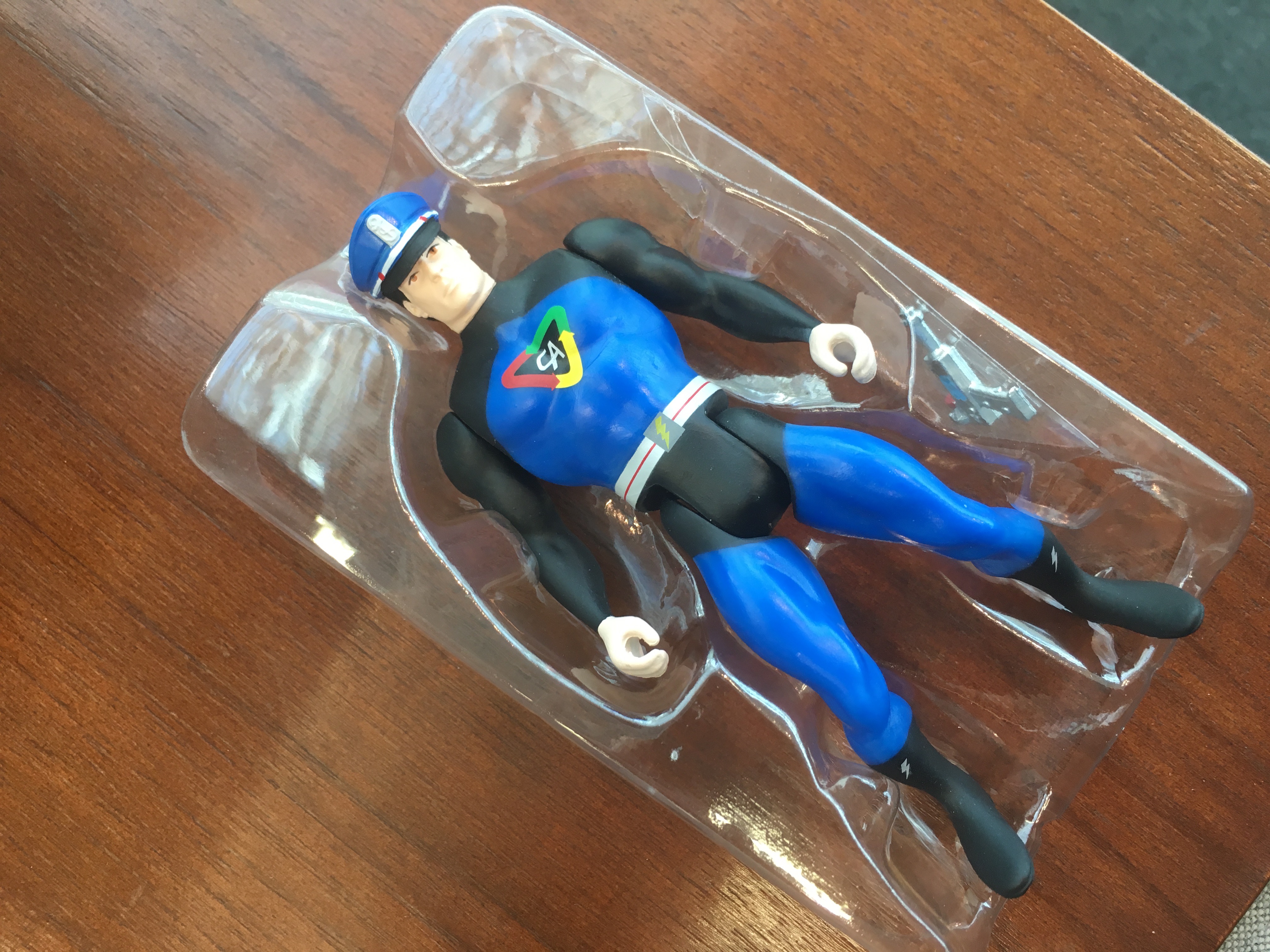 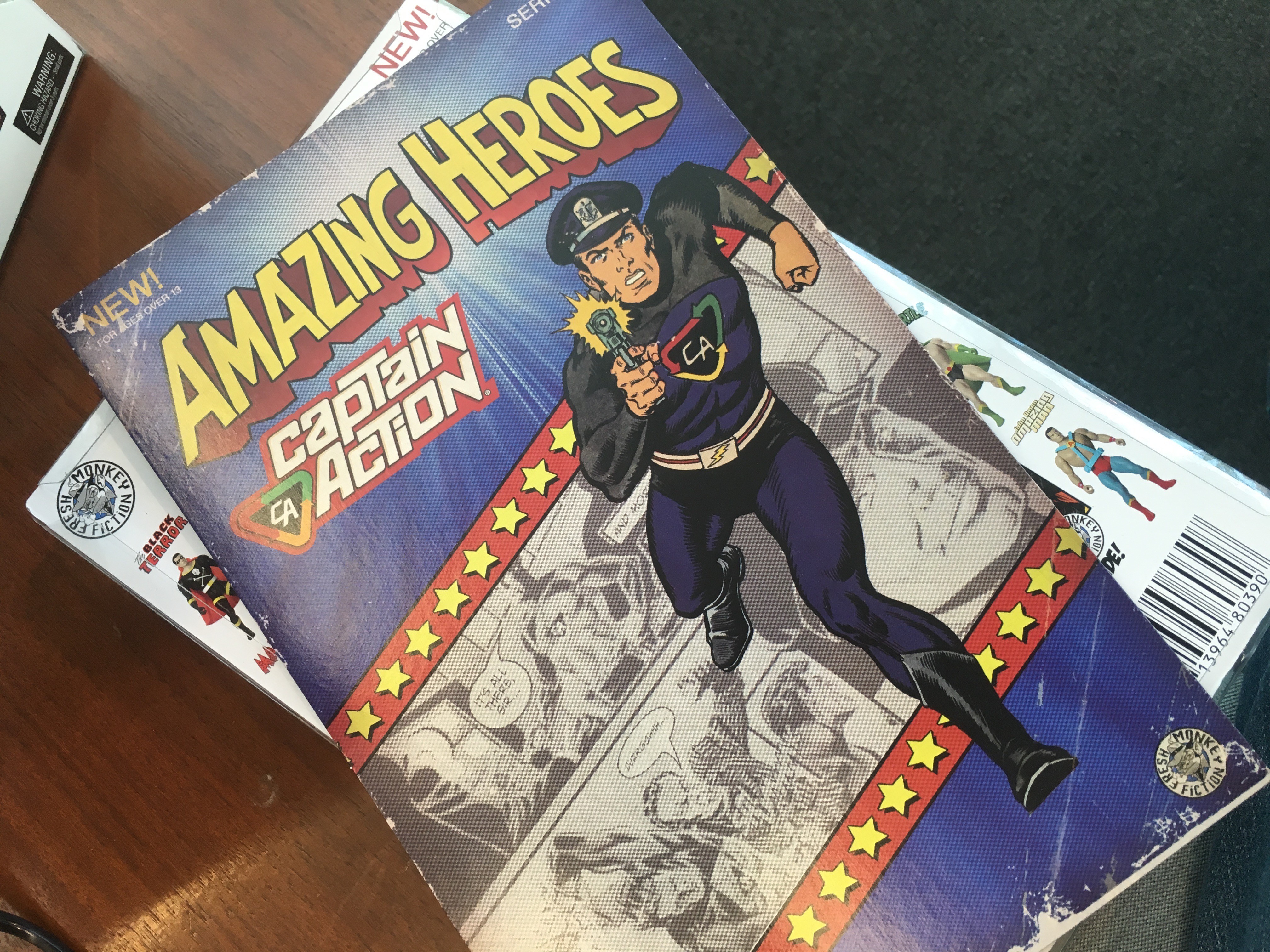 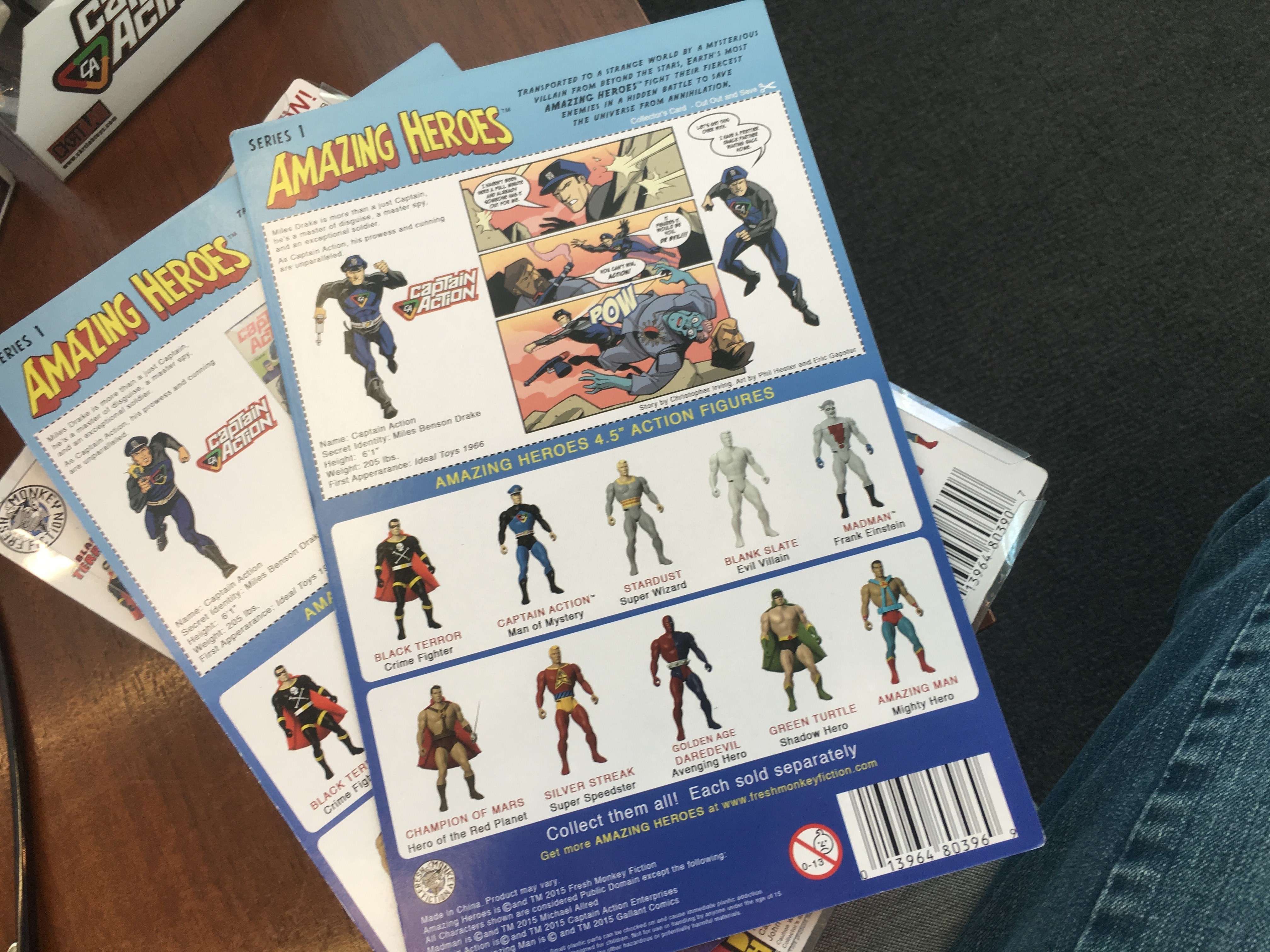 There’ll be more to come on the Captain Action front pretty soon — so keep your eyes open … and “Let Justice Be Done!”