Wearing shirts is for chumps …

We’re highlighting some of the coolest action figures and comics swag on the market for … MERCH MADNESS. Click here for more on that awesomeness.

Amazing Heroes is a line of action figures from Fresh Monkey Fiction mostly based on public-domain heroes. For a look at Black Terror and the original Daredevil — as well as more info about the line, including pricing and extra features — click here.

It’s not even the wings, really. I’ve just never quite understood the superhero that goes shirtless. It seems to me that if you know the chances are pretty good that you’ll be going into battle, you’ll at the very least throw a shirt on. 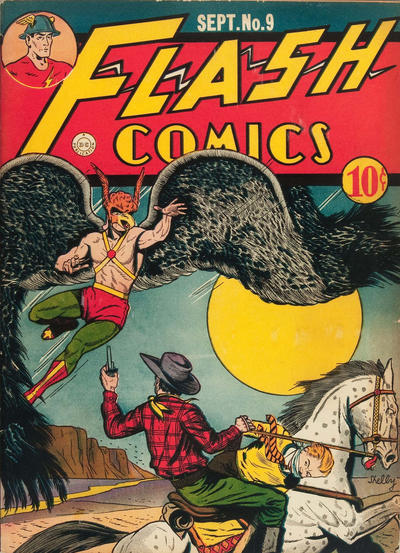 Then again, maybe a shirt won’t make much difference.

It certainly didn’t to three heroes of the Golden Age immortalized in Fresh Monkey Fiction’s Amazing Heroes line: Amazing Man, Champion of Mars and the Green Turtle are among the public-domain heroes who preferred to work pretty much au naturel. 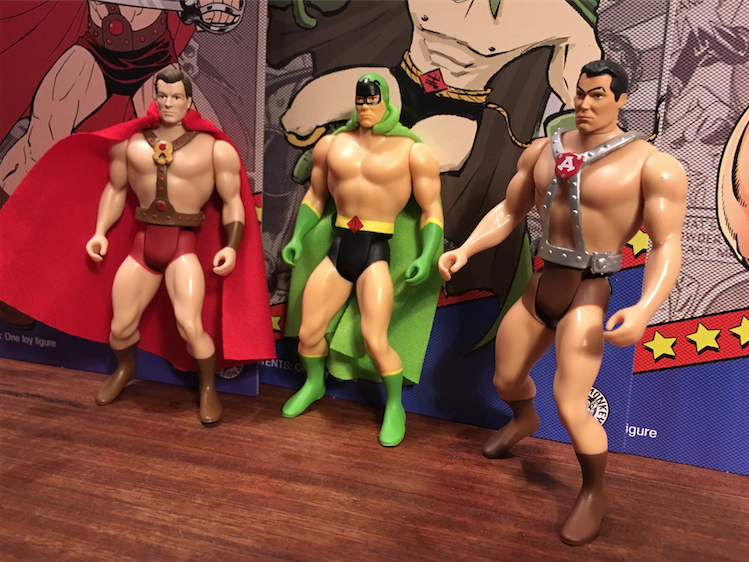 The Green Turtle is the one I know the most about, thanks to Gene Luen Yang and Sonny Liew’s entertaining book The Shadow Hero, which brought the Chinese-American superhero back for 21st century readers. Of course, before that, I’d never heard of him. 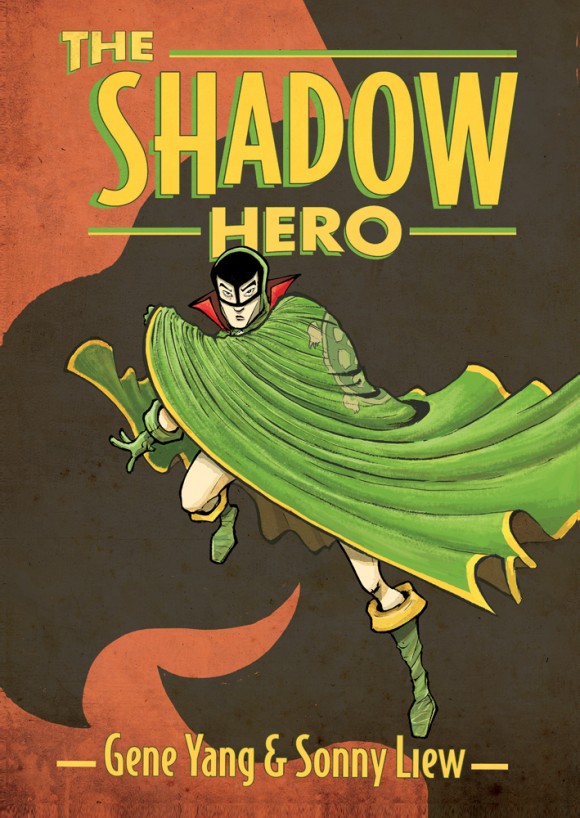 But it’s beyond cool that Bill Murphy, the Fresh Monkey impresario, hustled to make sure ol’ GT was included in the first wave of heroes that was recently released. 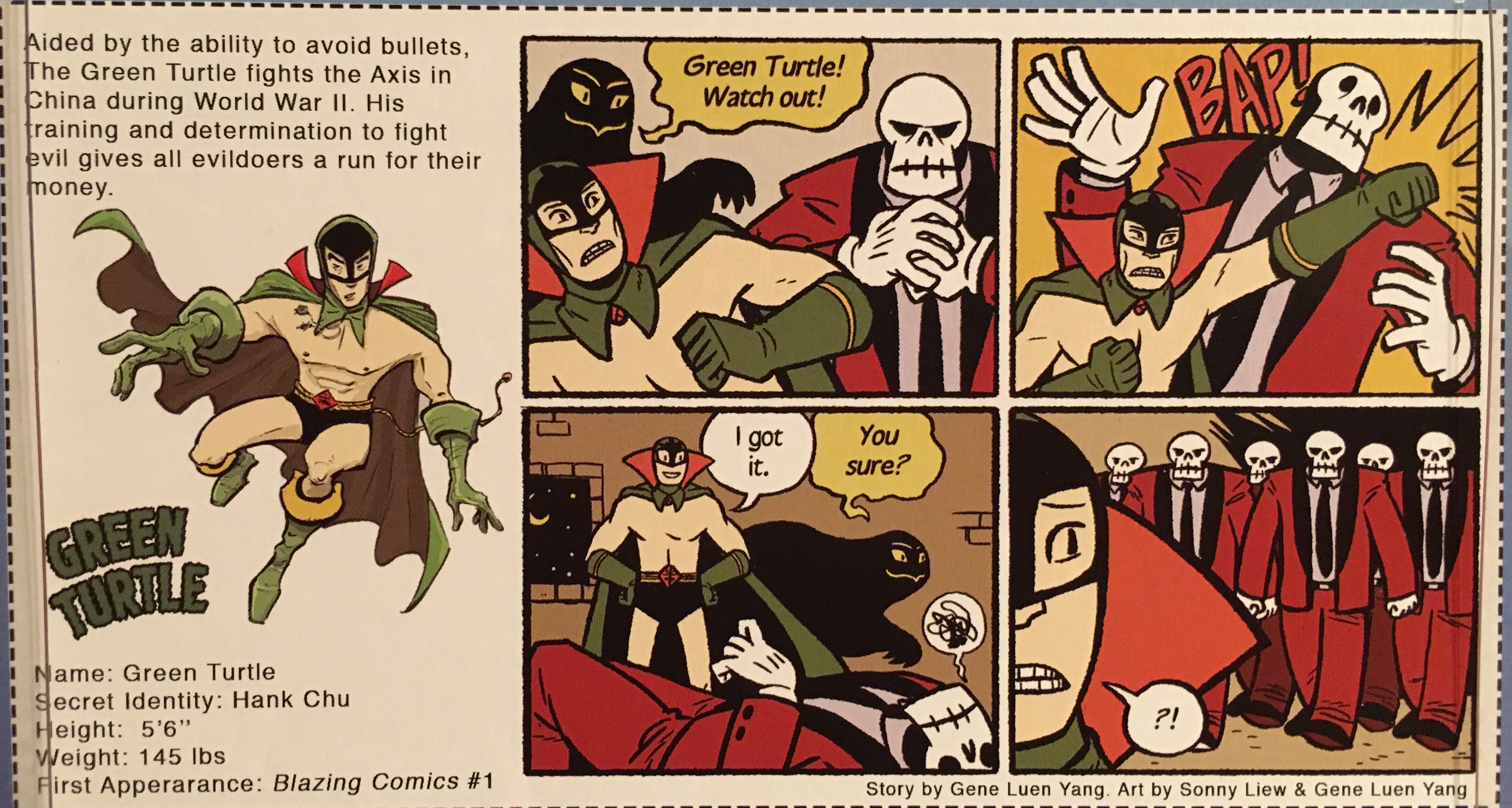 One set of AH cardbacks features art by modern creators like Yang and Liew.

The other two threadbare threats are Amazing Man and Champion of Mars, who look like they went to the same tailor as Conan and John Carter. They’re like He-Man before He-Man. 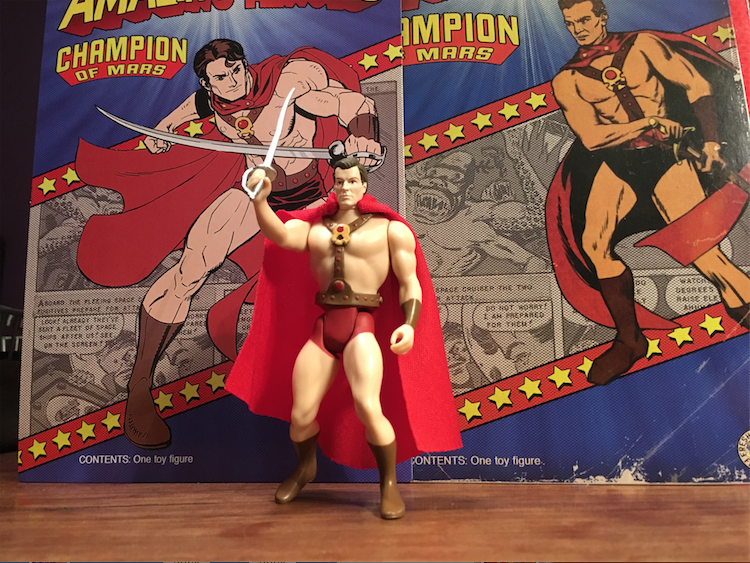 Champion of Mars, with cardback art by Reilly Brown on the left and classic art on the right.

I mean, just imagine if these guys were introduced today. Readers would howl with laughter.

But they’re fun little action figures — and that’s what Amazing Heroes is all about. 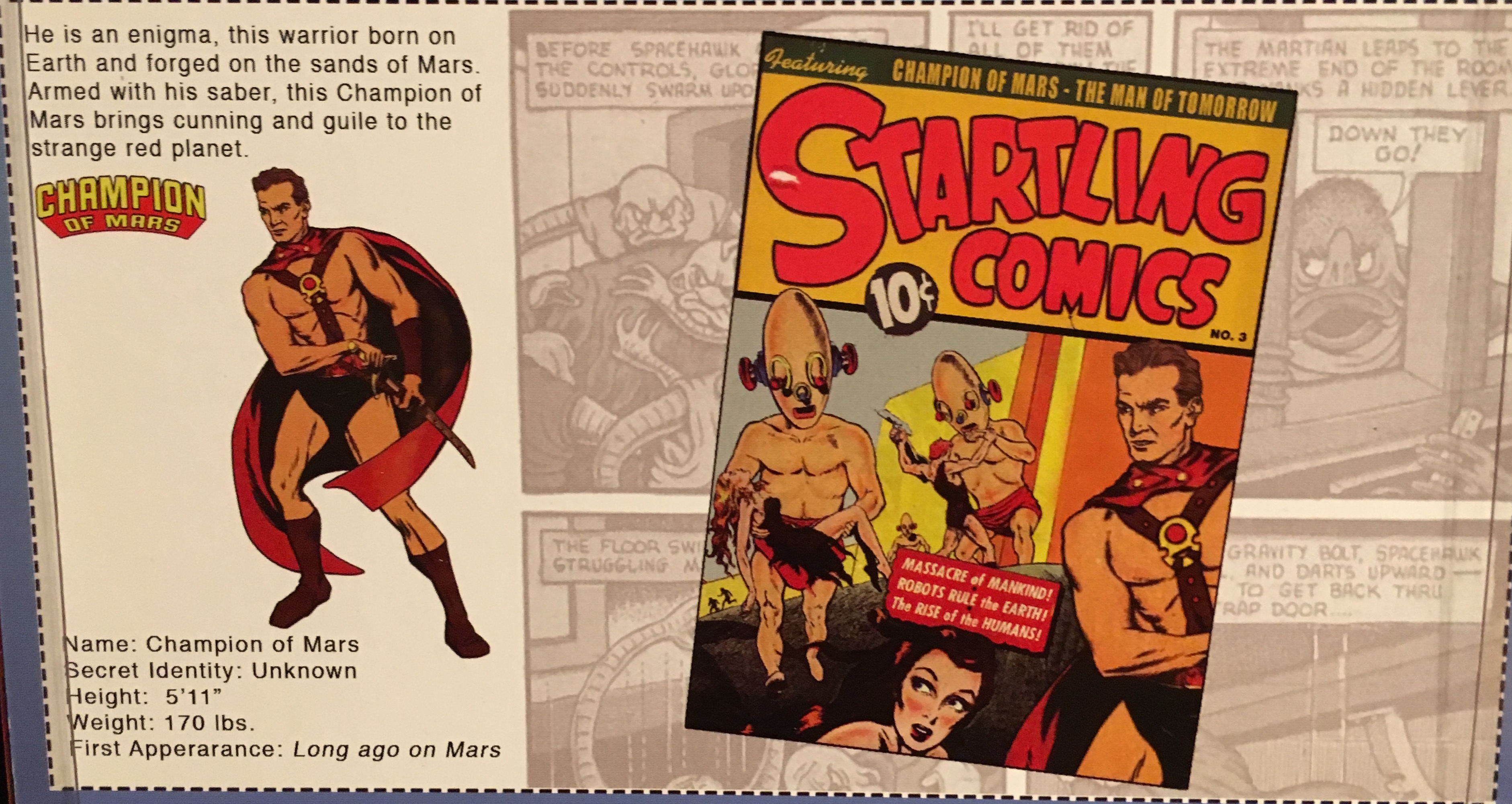 How awesome is it that Champion of Mars fought … 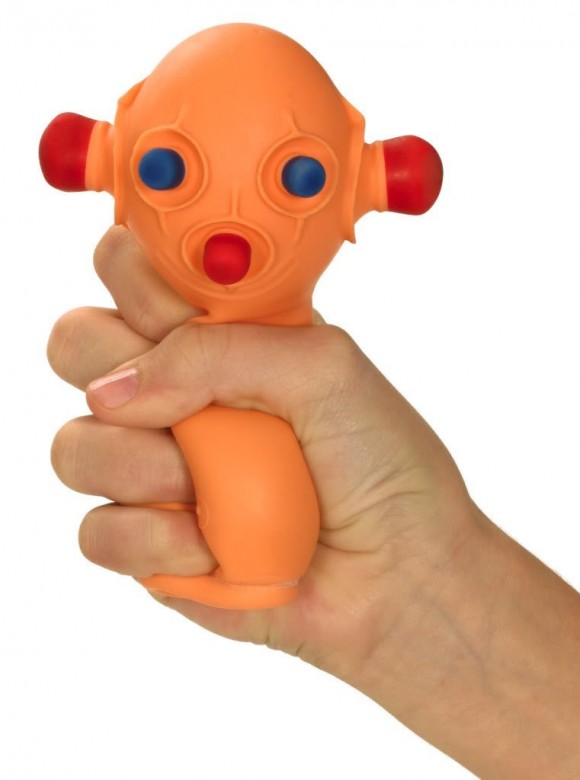