Ren & Stimpy co-creator and animation company Spümcø co-founder Bob Camp came by my house last Saturday, and at one point we got to talking about one of our favorite artists: Moebius. 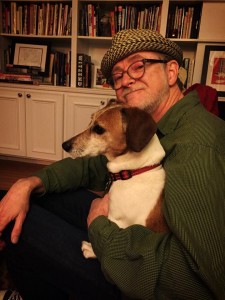 Bob Camp with my dog. Photo by Michele Ford

Many times when Bob Camp and I get together, we wind up exchanging stories about living and working in Los Angeles. Some are funny, some are horrible, and some are star-studded. At some point, we got to talking about Heavy Metal Magazine — the great stuff in the late 70’s and early 80s. And you can’t mention that period without getting to Moebius.

“I went to his studio in Santa Monica with some friends. He was working on Airtight Garage. Watching him draw was amazing!” recalled Bob. “I showed him my portfolio. He seemed to really like my work. He looked at one drawing and said “it’s beautiful, how do you do it?” I said easy I copy you! ” 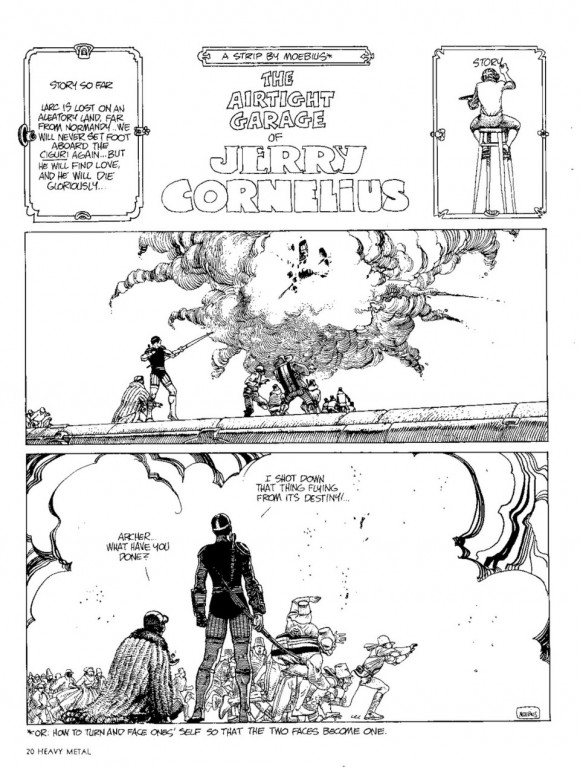 Bob said he met up with Moebius again, not long after. “He was living in Venice Beach. I stopped by his house and he invited us in. I assumed he remembered me but I realized he probably didn’t. Never the less he was gracious and we had a nice visit.”

Bob was living in Paris in 2007 and he met Moebius once more. “Some of my friends from Blue Sky Studios had a show of their work. Moebius showed up and everyone flocked around him. I chatted with him for a couple of minutes. Again he was wonderful but he didn’t remember me. He was the greatest of us all and was constantly surrounded by talented loving admirers. I feel really lucky to have been in his presence.”