A helping of O’Neil/Adams, a pinch of Grell, add some Wolfman/Perez, stir… 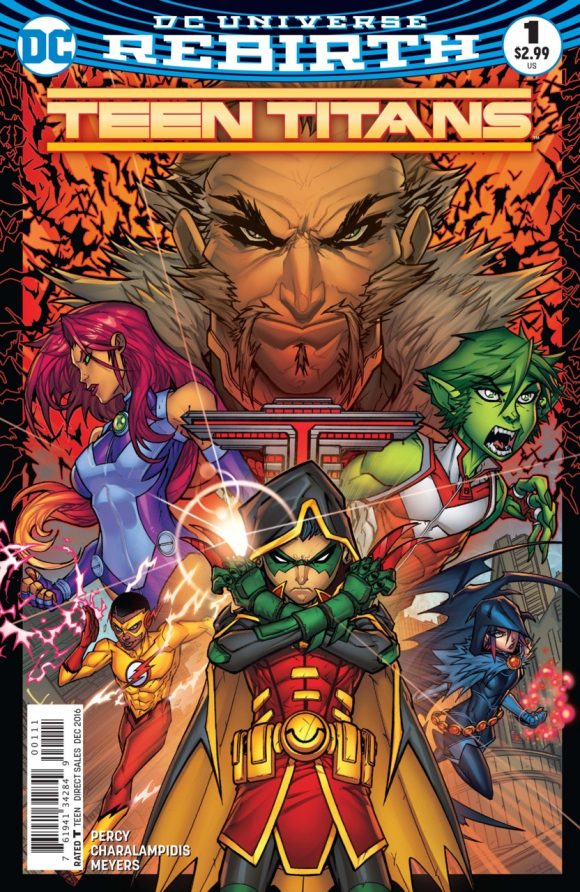 Benjamin Percy has a pretty enviable workload right now: Teen Titans, James Bond, Green Arrow and, yes, Batman (at least for an upcoming two-issue stint on Detective). With Teen Titans #1 out this week and GA #10 out next week, it seemed like a good time to post this interview Percy did with our Christy Blanch at New York Comic Con. Dig it. — Dan

Christy Blanch: Green Arrow is an amazing book. Tell us how you started planning for it. 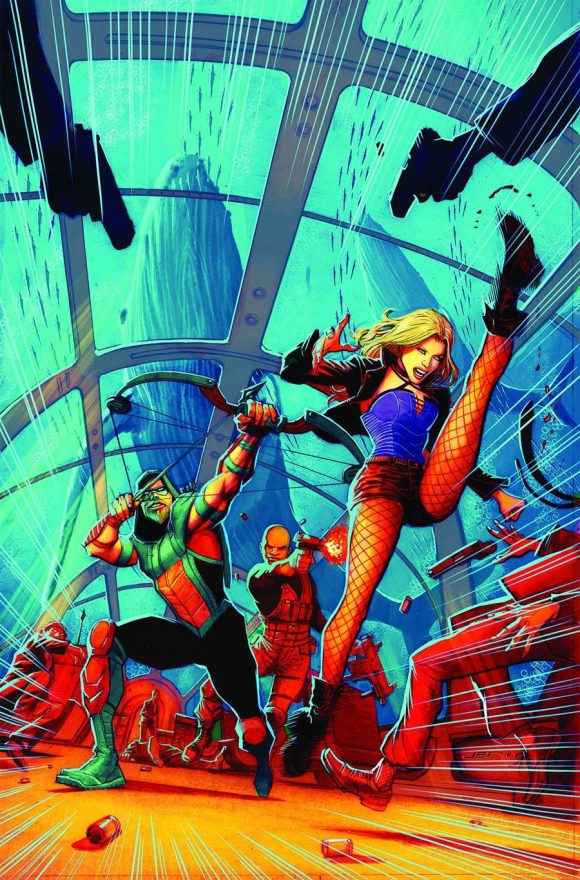 Christy: He did let you out to sleep, right?

Ben: There weren’t even any bathroom breaks. And from there we built the Rebirth storyline. And you know, one of the first things we put up on the board was “goatee.” One of the next things we put up was Black Canary. I was so glad to be able to reintroduce those two elements. But, you know, if I’m looking to Green Arrow storylines that really influenced me from the past – it’s the Dennis O’Neil/Neal Adams run and it’s Mike Grell. So, when you look at O’Neil, it’s the leftist politics of Green Arrow that’s central and we really wanted to bring that and emphasize it. So every storyline, we’re not just thinking what’s the emotional arc of this or what are the cool action scenes, but what’s the social-justice issue we’re wrestling with. You know, Green Arrow is the most political character in the DC Universe. And when you think about Mike Grell you think about street-level justice and the grittiness of it. 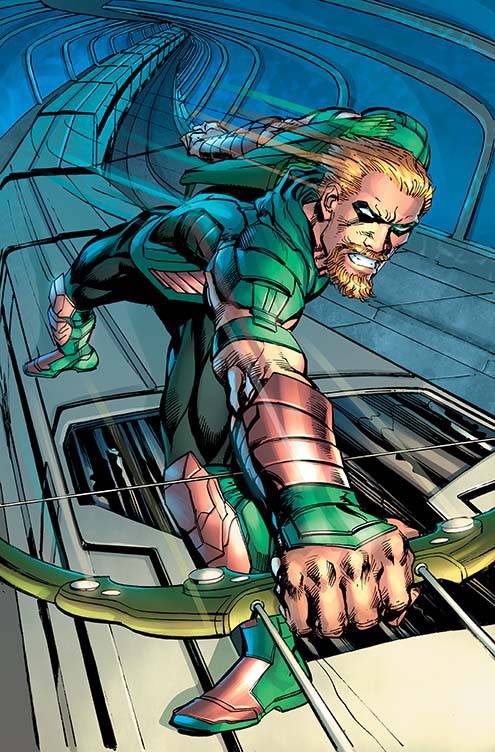 And really what’s made Green Arrow work so well moving into Rebirth is Black Canary. It might as well be called Green Arrow and Black Canary because she’s so important to the series. You know, Ollie works best when playing off of somebody and they are an odd couple. He grew up privileged and with wealth, she grew up in foster care. He wears his heart on his sleeve, she’s much more guarded. And he has this caviler attitude where he’s always charging into a situation, and sometimes sticking his foot in his mouth and she calls him on his BS. And there’s a teachable quality to their relationship. She’s teaching him to become a better man and a better hero.

Christy: So, are you having fun writing this?

Ben: Oh yeah. And it’s not just it’s fun to write. It’s fun to build stories with the team. It’s fun to build stories with Andy Khouri, my editor, and Brian Cunningham. And I’m either texting or emailing or talking to Andy once, twice, three times every day. Even on weekends. Juan Faria and I are always bothering each other on email or on Twitter. You know, Nate, our letterer, he’s extraordinary. And he’s always part of the conversation as well. It feels like we’re a well-oiled machine and we all love working together. 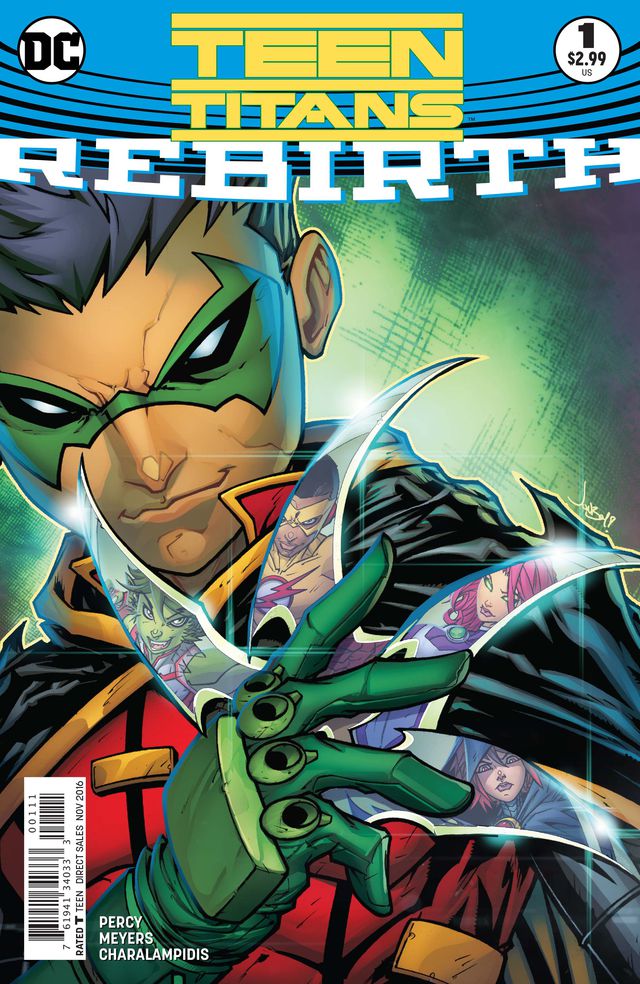 Christy: So, tell me about Teen Titans Rebirth that just came out. And, if you can, what other characters can we expect to see?

Ben: Sat with Geoff Johns and we talked about Teen Titans. Wouldn’t let me out of the room. Kept me in a headlock until we figured it all out. One of the things we talked about was the Wolfman/Perez run and the quality of that and how we wanted to channel that dynamic energy and the adrenaline-fueled soap opera that made those stories so great. But we also looked at Geoff’s run. Those are the two most popular runs and those are my touchstones. It’s a team book and team books are difficult to write and difficult to read sometimes because with the crowd, characterization gets thin. And characterization is at the heart of Rebirth, like really exploring the emotional landscapes of these characters.

If you look at every Rebirth issue across the board, that Issue #1 is all about character. There’s almost no plot in any of them. They’re prologue. The idea is to make us fall in love with these characters because who cares if people are punching each other? Who cares how dramatic the action spectacle is to come? We don’t know these characters. We don’t aspire to be them or care about whatever troubles that happen. And so the way that I’m approaching Teen Titans is to give every story arc a signature character. It’s an ensemble, but Damian owns the first arc. And if you look at the arcs to come, I can’t say who the second arc is focused on because it’s our sixth secret member. But, even though we’re gonna have a core team of six, we’re gonna have a lot of other characters as well that will cycle in and out. I know I’ve got people tagging me on Twitter every day saying “What about this person?” and “What about that person?”– just wait and see. 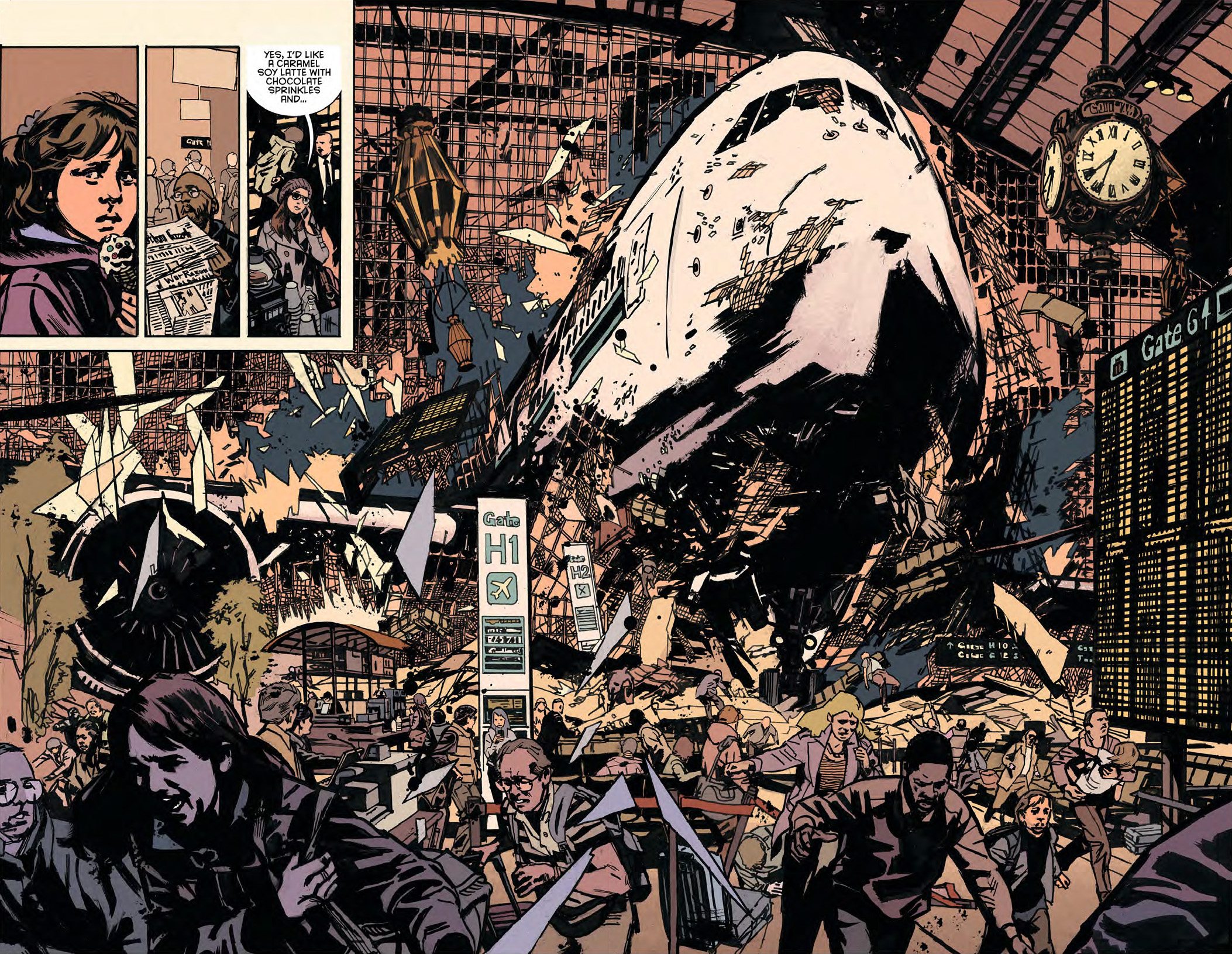 Christy: Tell us a little about the Detective Comics you are writing.

Ben: You know, I had a great experience writing Detective Comics with JP Leon a few years back. That was my debut, my comics debut and Batman is my favorite character and so it’s a thrill to be paired with Klaus Janson, a legend. You know his run on Daredevil is one of my favorites, not just of Daredevil but one of my favorites of all time. You know, every time I get an email from Klaus I pee a little, with excitement. So, that will be a two-shot coming down the pipeline probably in the next six months.

Christy: So, you get to write Batman and now James Bond. How cool is that?

Ben: It’s the coolest thing ever. I grew up on James Bond. Watching the movie marathons on TBS. In college I took a spy-novel course, and my father owns a Walther PPK. For a while my ringtone was the James Bond theme. He’s a character I know well and it’s the coolest thing ever to be writing a James Bond movie, because when you think of it that way, these first six issues are a movie of their own. Just as with Rebirth, I want to tip my hat to legacy and make the series my own. One of the things I am interested in is Bond as a man. Because I feel that the Daniel Craig movies were the first ones to really explore who he is. As much as I love the cheeseball Roger Moore stuff, he’s a cartoon. And Bond is cool, but he’s also cold. And there’s a reason for that because he’s guarding himself from all the darkness in his life. 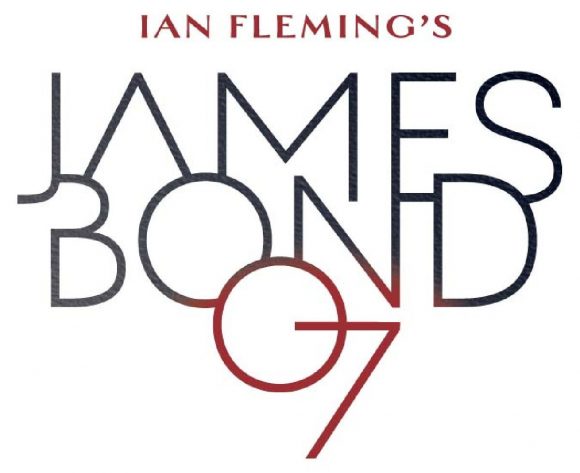