We’ve seen glimpses, but now you can check out Joe Quinones’ design from top to toe…

You know what’s cool? I went to two different comics shops on Wednesday and both were completely sold out of Batman ’89 #1. That warms my heart because I surmise it must be happening elsewhere, which means this baby just might be a hit.

This wouldn’t surprise me because just about every time I post about the series — by Batman screenwriter Sam Hamm, artist Joe Quinones and colorist Leonard Ito — readers seem to lose their minds.

Anyway, this brings us to Quinones’ unlettered main cover for Issue #4 — featuring the FIRST LOOK at Robin in all his glory. We’ve seen glimpses and teases, but here’s the big one, revealed by DC on Friday as part of its November solicitations: 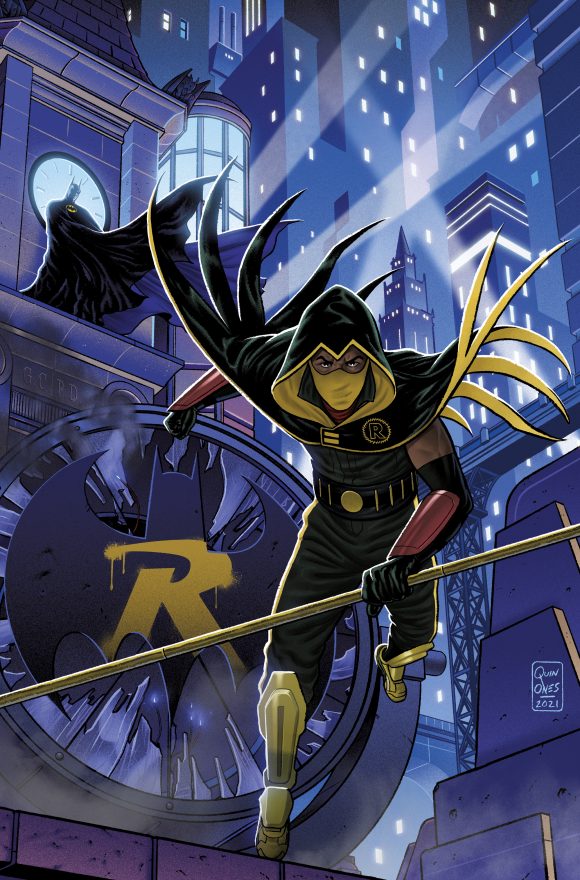 Someone’s hot on Bruce Wayne’s heels, out to prove his connection to Batman once and for all! Meanwhile, Harvey Dent plans his next steps for Gotham with just the simple flip of a coin. What does he have in store for Gotham, and can Batman twist probability in his favor? 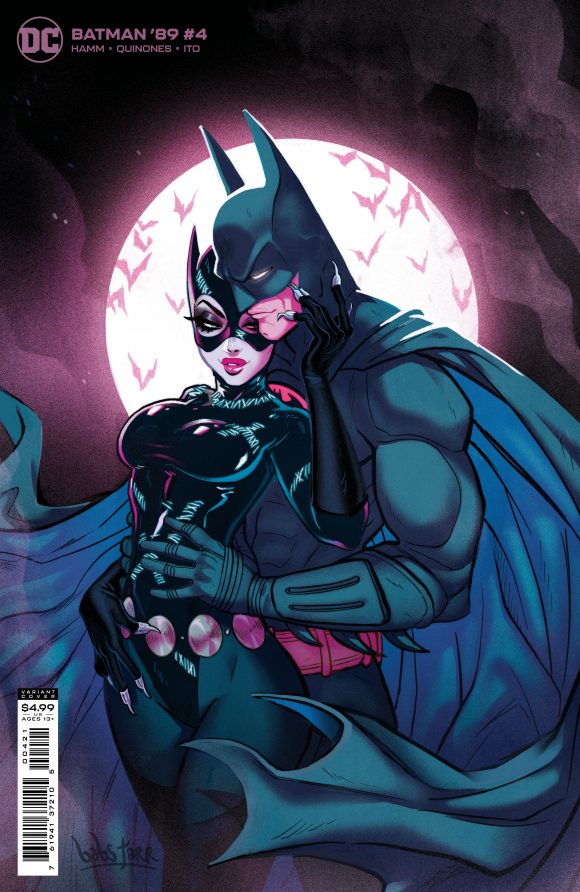 — Speaking of the world of Tim Burton’s Batman: DC on Friday revealed that Danny DeVito will be writing a Penguin story for the bird of banditry’s 80th anniversary. Click here for the details.

— So do you think Robin will keep that costume by the series’ end? I was convinced we’d eventually get a more traditional look, but now I’m not so sure.

— DC already revealed the covers for November’s Superman ’78 #4. Click here to check them out, but here’s the newly released solicitation info:

Superman tries to assimilate into his new life in the bottled city of Kandor, but his heart lies elsewhere. Can Superman put his old life behind and find joy in what would’ve been his home, or can Lois Lane and Lex Luthor make contact with the Man of Steel and give him hope to return to his adoptive world?