The Official BATMAN’S HOT-LINE Pick: Damian’s inevitable return from the dead begins here. But just how that will all play out is the mystery …

I was slow to warm to Damian Wayne when he was first introduced eight years ago (eight years ago!) but over time, he became one of my favorite characters — a Robin second only to Dick Grayson.

Death is, well, overkill, in comics but Damian’s “demise” in Batman Incorporated Vol. 2 #8 was one that actually moved me, and I still keep a little Damian shrine on my comics shelves. 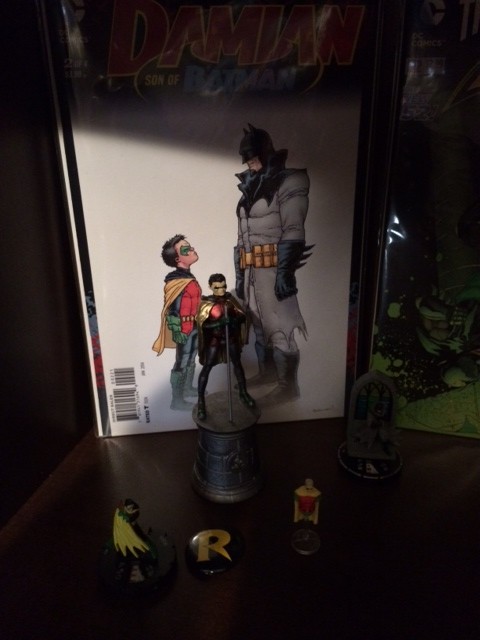 Anyway, this week brings us Robin Rises: Omega #1 from the team of Peter J. Tomasi and Andy Kubert. The story picks up from the recent Hunt For Robin storyline that’s played through the Batman and … title for several months and which was probably the best Batman story of the year’s first half. It then moves on to Batman and Robin, then Robin Rises: Alpha #1 later this year. 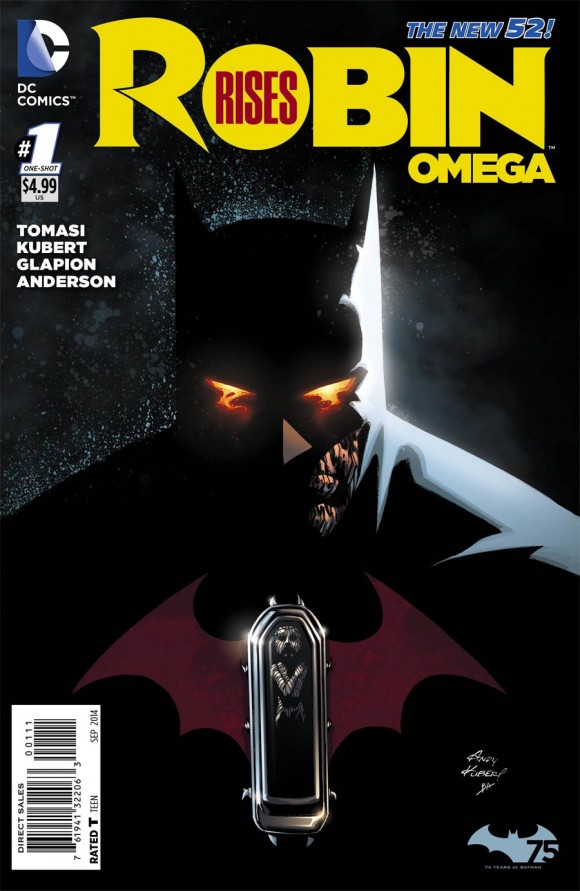 Now, I could do with out the Apokoplitian aspects of what we’re being promised. I can accept a Batman in a world of superscience and Lazarus Pits. But when you get all cosmic, I start getting nervous.

But it’s not like I’m not gonna read it!

Also this week: Batman Eternal #15, which I think needs to start picking it up a bit; the unwieldy-titled but hilarious looking Harley Quinn Invades Comic-Con International San Diego #1; Batwoman #33; and the kinda sorta Bat-title Teen Titans #1, which I actually don’t have high hopes for. Oh, and if you wanna dig deep, the fancy hardcovers Batman: A Celebration of 75 Years and Joker: Celebration of 75 Years both come out. Both are cover priced at $39.99. And the Joker’s a year early. But the books are great. I’ve seen ’em and I recommend them. Oh, and do not forget Batmanga is out digitally every Saturday for the next year! The Lord Death Man saga concludes this week!