One of my fave Batprojects of the year and here’s your FIRST LOOK at the second, digital-first chapter to be published Saturday 7/12. PLUS! An interview with Jim Chadwick, the editor on the project! 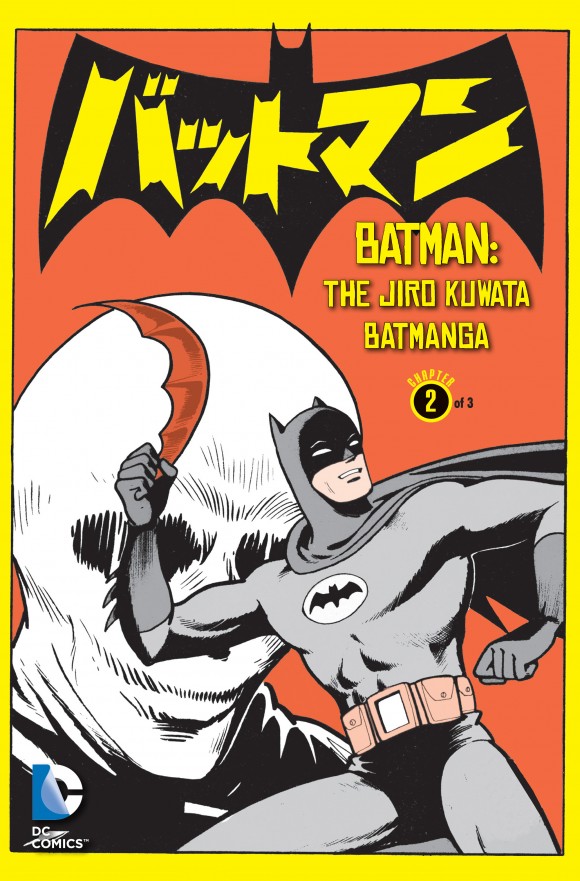 Jim Chadwick, Senior Editor, Integrated Publishing: Where do we start? Going all the way back to the 1960s, at the height of the Batman craze of that time, a Japanese publishing company acquired the rights to create Batman comics for their market.

Jiro Kuwata was already a well-known and prolific mangaka and among his many accomplishments was the co-creation of 8-Man, which became a pretty popular anime and actually aired here in America in the 1960s. Fifty years later, his Batman comics drifted into obscurity. Their existence in the West was only known by a small number of hardcore fans.

Then in 2008, Chip Kidd, the well-known writer and graphic designer, published a book called Bat-Manga: The Secret History of Batman in Japan. It contained a sampling of these comics and sparked interest in the entire run. 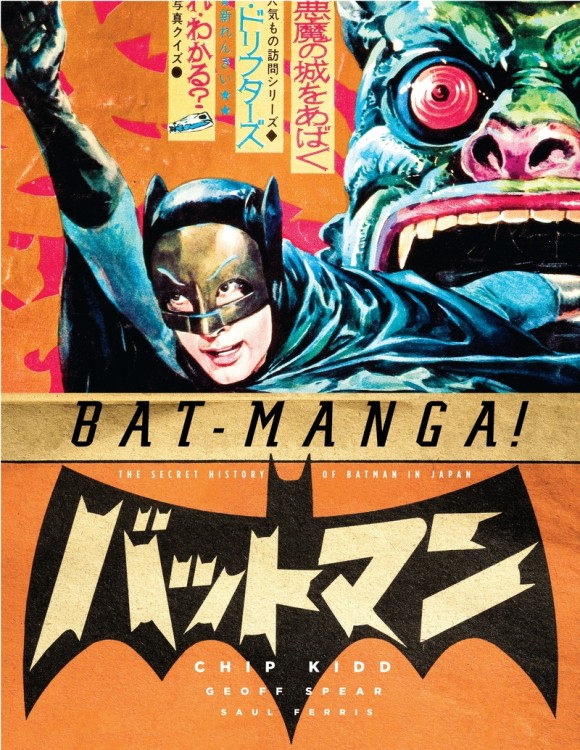 Then in 2013, DC made a deal with Shogakukan Creative to collect and reprint the material in Japan. This was the entire series, from beginning to end, released in a box set of three volumes called The Bat Manga Jiro Kuwata Edition.

Meanwhile, back in America, with interest in the 1960s Batman TV series being greater than ever thanks to a new line of products, the announcement of the first ever DVD and Blu-ray releases, and of course our own Batman ’66 comic, it seemed like a good time to release the Batmanga for our market. 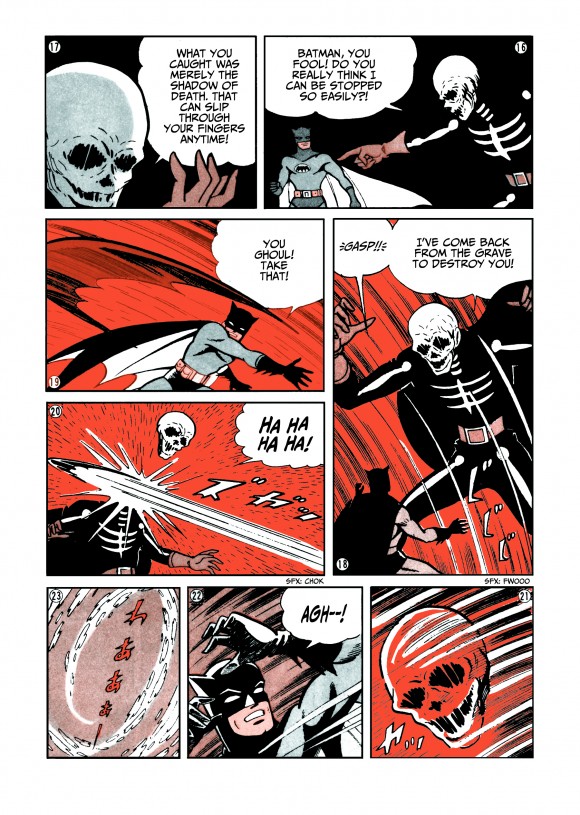 Will the entire run be published or a selection of highlights?

We’re going the whole distance, from start to finish. There will be 52 weekly digital chapters (on Saturdays), so we’ll run for a year. And that’s all the Jiro Kuwata Batman there is.

To clarify for the readers, how many of these stories are original and how many were adapted from the American comics?

Every one of these stories was based on an existing DC comics story. 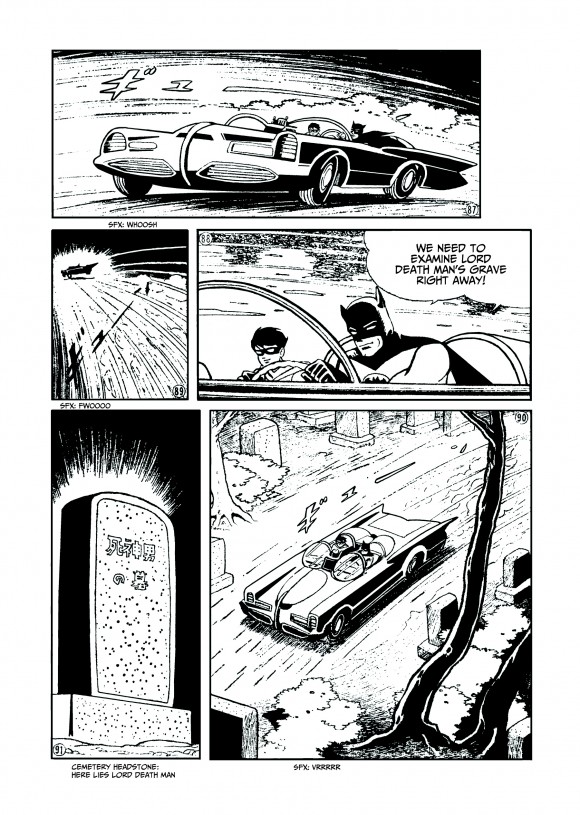 What can you tell us about plans to collect everything once it goes digital? Will they be trades? A boxed set like in Japan?

We will be doing trades. Shogakukan Creative published them in Japan in three volumes but as you said, they released them all simultaneously as a box set. Our plan is to stagger out the volumes separately, but I’m not sure of the precise timetable yet. The first will be out by the end of this year though. And they will be standard manga size. 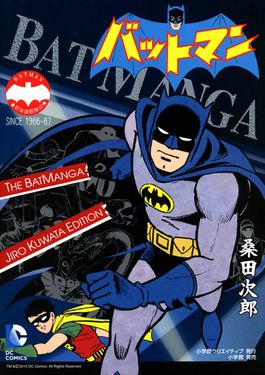 Right to left, all the way! Just as they were originally created. In fact, even for guided view format in digital, we have authored them so that the panels progress right to left as you swipe across your screen. 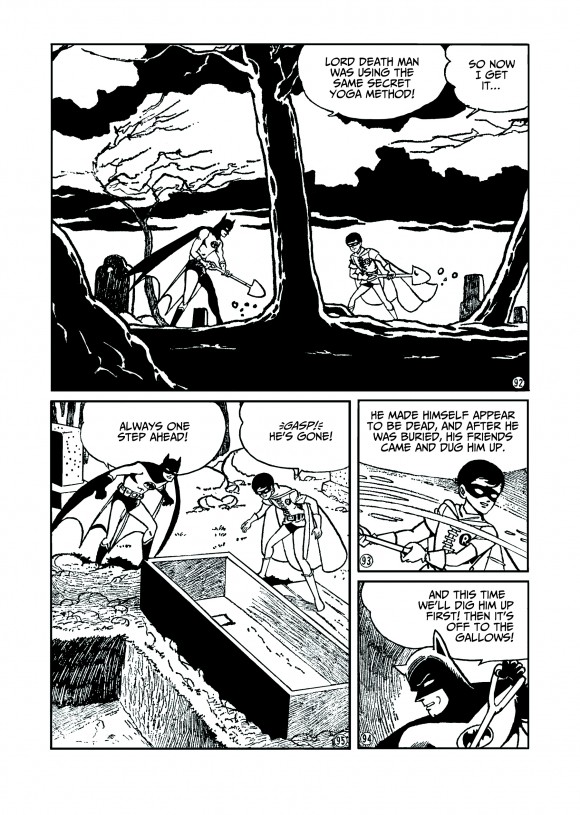 Sheldon Drzka. He’s a prolific manga and anime translator who lived in Japan for a number of years. Shel and I did a lot of work together when I was editing DC’s CMX manga line. He’s also a huge Batman fan, which is helpful.

How awesome was the Brave and the Bold animated version of the Lord Death Man story?

That was pretty awesome. It was a genius idea to create an anime version of the Batman manga. And they did a great job of condensing the story!

Here’s the story the Lord Death Man tale is based on: 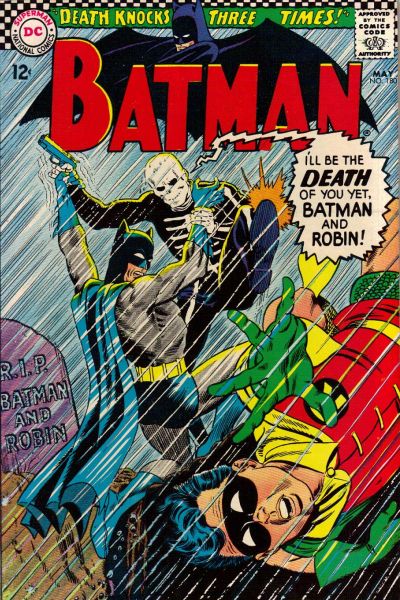 And here’s the opening of the Brave and the Bold segment: