AT THE COMIC SHOP: All-Time Faves

It’s the return of our biweekly feature in which the people who work in the comic shops answer a burning query! This week:

Nobody puts Mike in a corner! I have a few: X-Men: The Dark Phoenix Saga and Days of Future Past; New Teen Titans: Citadel War and The Judas Contract. Legion of Super-Heroes: The Great Darkness Saga 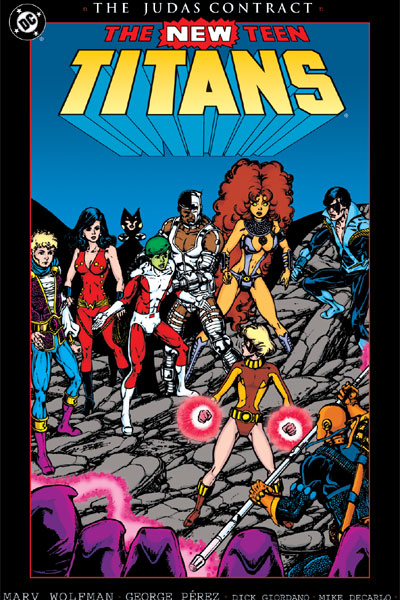 It has to be Grant Morrison and Richard Case’s Doom Patrol. When I was younger I had a collection of comics that included scattered issues of the original series and much of Paul Kupperberg’s run. I liked those comics a lot because they were unfamiliar characters with unique personalities.

In high school, I saw an issue of the Vertigo run by Rachel Pollack in a dollar bin and picked it up, ignoring the “Mature Readers” label and curious where this awesome team of outcasts was. I was shocked to find Robotman in a larger body, in a relationship with a transgender teammate, Negative Man in passing mention had become a much more powerful psychic, hermaphroditic entity. The Chief, who led them from his wheelchair, was now a disembodied head obsessed with milkshakes. And a character only seen as an innocent bystander in a previous story, Dorothy Spinner, was the most powerful member of all with the ability to bring her imagination to life.

I hunted down all the issues to find out what had happened that got this series from Point A to point π and found the answer was Grant Morrison.

Readers my age and older who continue to collect comics reach a point where we’re shown that comics, superheroes and science fiction can be enjoyed by adults. For many it was reading Swamp Thing or Watchmen, for others it was X-Men or Judge Dredd, but for me it was Doom Patrol. My eyes opened up to a new kind of storytelling, new ideas, amazing art, and tasteful mature content.

And thanks to the excellent editing by Mark Waid and later Tom Peyer, I was able to follow and appreciate the story. Yes there is a lot of sentiment on my part behind it, but the overall story was well crafted and brilliantly executed following episodic adventures that also told an overarching 50-issue story, which, though the norm today, was groundbreaking at the time. 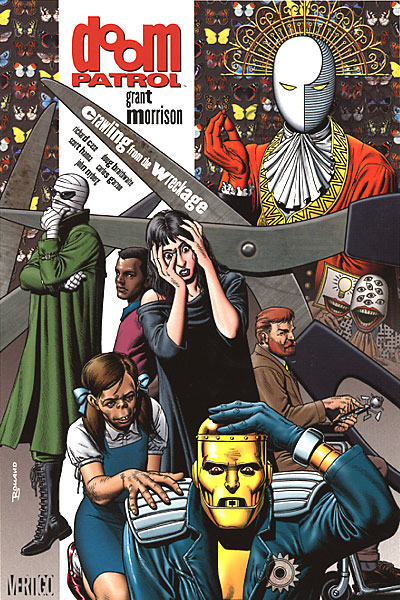 I have so many perennial favorites, but I’m going with Strangers in Paradise. All of it.  Terry Moore’s writing and artwork are so real and compelling that you both lose and find yourself in the story. I once told Terry Moore that this book was a life-changer, and I think I freaked him out a little, but it’s the truth. Like Love and Rockets, Strangers in Paradise offers real characters that age in real time, and readers associate with that aspect. SIP, again like Love and Rockets, is a comic that truly exemplifies the medium as an art form. Soup to nuts, it’s so well crafted it’s ridiculous. 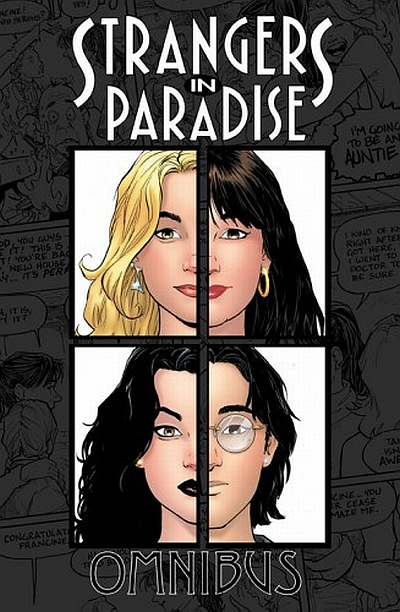 What an impossible question! Depending on the day, it could be one of dozens. Jaka’s Story (from Cerebus) is up there, so is The Child Within. Blankets, Judge Dredd vs. the Dark Judges … the third Invisibles miniseries, all of Sandman. … I could go on and on. That’s the beauty of the medium, comics can tell all sorts of tales and in the hands of an expert, do it better than any other form of communication out there.

My favorite comic arc has always been the Todd McFarlane run on Amazing Spider-Man. I’d never seen an art style like his before and it immediately drew me in.  What McFarlane, David Michelinie and Jim Salicrup did on those issues was some of the most fun I had reading comics. It had my favorite superhero Spider-Man fighting Venom! Oh, how I wish that they would bring back Eddie Brock as Venom.